Top Posts
Digital Transformation For Financial Systems In A Changing World
How Gamification is Catapulting Digital Banking to the Next Level
Challenges Remain, But There Are Opportunities to Be Had in...
Interview with Mr. Olukayode Pitan, Chief Executive Officer and Managing...
Commodities Outlook for 2023
The Value of Cash in a Time of Crisis: How...
Home Brokerage WeWork: A Precipitous Fall from Grace
Brokerage 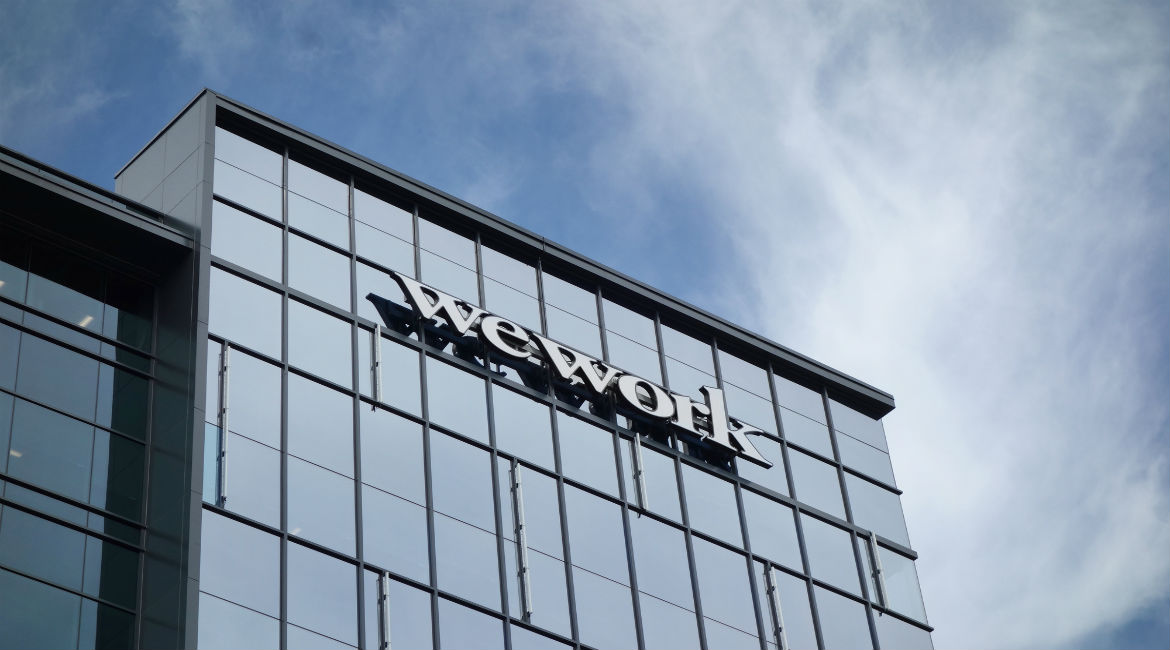 It was set to be one of the highest-profile initial public offerings (IPOs) of 2019. But a number of red flags and investor concerns revealed a cavalcade of problems that ultimately derailed the WeWork IPO. And after that derailment, a once-hotly anticipated start-up now finds its reputation hanging by a thread.

WeWork filed its IPO paperwork on August 14, with the offering scheduled for September 30. But shortly before that date, the start-up, which designs and builds physical and virtual shared spaces and office services, officially withdrew the prospectus and thus the offering. “We have decided to postpone our IPO to focus on our core business, the fundamentals of which remain strong,” read the diplomatic official statement from newly appointed co-chief executive officers, Artie Minson and Sebastian Gunningham. But truth be told, much deeper systemic problems explain WeWork’s spectacular descent over the last few months.

Perhaps most glaring of all was that the figures from the IPO prospectus revealed that WeWork had accumulated a massive net loss of more than $900 million for the first half of 2019 on revenues of $1.54 billion. As such, both investors and the media began seriously questioning the likelihood of the company ever achieving profitability. With money severely haemorrhaging, the Financial Times reported in July that WeWork had racked up a deficit of more than $3 billion since 2016 and was accumulating losses “to the tune of $220,000 every hour of every day” by 2018. Little sign of improvement has shown up since then, with the FTalso noting that losses were “just under $219,000 an hour in the 12 months to March”. As such, analysts now estimate that WeWork could run out of cash by the middle of next year, if not earlier.

Then there is the not insignificant matter of its founder Adam Neumann, whose severely unorthodox management of WeWork has drawn much criticism, both inside and outside the company. As more has been revealed about Neumann’s bizarre and often unethical business practices, the more justification it seems investors have had for registering such little interest in the run-up to the IPO. Among the many major concerns was the selling of the “We” trademark to Neumann’s own business for $5.9 million, involving unqualified family members in the business, smoking marijuana at work and convincing others to do so, and engaging in allegedly sexist behaviour whilst in charge.

Nor have many other chief executive officers been as prone to hyperbole as Neumann. The founder had previously described WeWork as the “largest physical social network in the world”, a company that is “elevating the world’s consciousness” and one that would even manage to solve the problem of orphaned children. Its SEC (Securities and Exchange Commission) Form S-1 paperwork, which is required in order to go public, also begins somewhat bizarrely, stating: “We dedicate this to the energy of we—greater than any one of us, but inside all of us.” Not surprisingly, the prospectus was widely ridiculed.

To be fair to Neumann, it was certainly a laudable ascent during the early days. He, along with co-founder Miguel McKelvey, began WeWork in 2008 in New York as an “eco-friendly co-working space”. Since then, the firm has grown from just one office in New York to more than 500 locations in 29 countries, with 527,000 tenants—or “members” when using the WeWork nomenclature. It also developed sister companies under the “We” umbrella in the process—WeGrow for private schools and WeLive for apartments and hotels. And by 2019, WeWork had become one of the most gilded start-ups in the world, commanding a $47-billion valuation from Japanese tech giant SoftBank in January.

But if WeWork’s rise was exponential, then its fall has been even more dramatic. SoftBank’s $47 billion fell to less than $6 billion following the failed IPO. There are some even harsher valuations out there, moreover. Pershing Square Capital Management hedge-fund founder Bill Ackman believes that the company could be completely worthless, recently declaring that it has a “pretty high probability of being a zero for the equity, as well as for the debt”.

But it’s not yet over for WeWork. Its saviour has arrived in the form of SoftBank, which has raised its stake in the company to approximately 80 percent and has stated that it will provide financing to the tune of $5 billion, in addition to $3 billion apportioned to existing shareholders and $1.5 billion that is pledged for future use. SoftBank’s chief executive officer and chairman, Masayoshi Son, has since downplayed WeWork’s troubles, stating recently that it is “not unusual for the world’s leading technology disruptors to experience growth challenges as the one WeWork just faced”. And given that the company’s vision remains unchanged, Son has decided “to double down on the company by providing a significant capital infusion and operational support”.

SoftBank also negotiated for Neumann to step down as CEO, which he did a week before the planned offering. But in doing so, he was given a staggering $1.7-billion payout, comprising $1 billion from the sale of his shares, a $185-million “consultancy fee” and a $500-million line of credit. Not surprisingly, there are reports of much consternation within the company over this exorbitant fee.

But as WeWork moves forward with SoftBank’s assistance, it won’t be plain sailing for quite some time. The company now must axe up to 4,000 jobs as part of its turnaround plan, equivalent to almost 30 percent of its global workforce of 14,000 employees, while all US and Canadian cleaning and facilities staff will be outsourced. It also plans to scale back operations in several countries—including China, India and those in Latin America—and will instead shift its focus to just three core markets: the United States, Europe and Japan. A new occupancy goal of at least 90 percent has also been set, which is higher than the sub-80 percent that has been regularly experienced during recent months. And the company has now taken measures to discard any possibility of future influence from Neumann, including replacing him with the aforementioned Artie Minson and Sebastian Gunningham, firing his family and friends from the company, and selling his $60-million Gulfstream G650—a private jet purchased by Neumann at a time when the company was losing an equivalent value every two weeks.

The reported discovery of elevated levels of the potentially harmful and cancer-linked chemical formaldehyde within phone booths only compounds matters for the beleaguered company. Although designed by WeWork, the phone booths were reportedly built by a contract manufacturer in China. And according to some reports, WeWork did not have supply-chain-management systems in place to verify where the manufacturer sourced the materials.

As for Neumann, problems remain despite the enormous payout. He now faces a legal suit from his former chief of staff, Medina Bardhi, for allegedly paying her substantially less than a new male hire for the same position with the same job scope and role. The lawsuit states that the new hire “was offered an annual salary of $400,000 with a $175,000 signing bonus payable in January 2017, far more than double the annual salary of $150,000 that Ms. Bardhi was being paid in the same job”. And it also alleges that Neumann described Bardhi’s maternity leave as a “vacation” and a “retirement” on several occasions; that Bardhi was “forced” to disclose her pregnancy to Neumann; and that Neumann smoked marijuana on a private flight in Bardhi’s presence.

But while much of the responsibility for the WeWork debacle justifiably lies with Neumann, the banks that fuelled the company’s overvaluation prior to the IPO also deserve some blame. JPMorgan Chase, for instance, provided seemingly unconditional support for WeWork for several years, lending Neumann money and providing him with a whopping $500-million personal credit line, along with fellow banking majors UBS and Credit Suisse. The US banking giant also provided the company with equity and debt as well as acted as adviser for the IPO, scooping up almost $6 billion in financing as part of the offering process. “That is an all-time Gordian Knot of conflicts of interest, and there is no way to get around it,” vice chair at ValueEdge Advisors, Nell Minow, told the New York Times. And with even the likes of Goldman Sachs and Morgan Stanley touting valuation figures of $90 billion and $100 billion respectively, the reputations of some of the world’s biggest and most highly regarded banks will certainly have been tarnished by recent events.

And, yet, despite the widely publicised fallout, some analysts still think WeWork’s business model remains workable, albeit with some key transformations. According to Nori Gerardo Lietz, a senior lecturer at Harvard Business School, there is “a viable business”, but the company would have to progress beyond its “profligate excesses”. With Neumann now no longer able to pull the strings, progressing beyond those “excesses” may well be a realistic prospect for the rescued WeWork.

LIBOR Transition for Bond Markets—Time to Face the Challenges