Top Posts
How Gamification is Catapulting Digital Banking to the Next Level
Challenges Remain, But There Are Opportunities to Be Had in...
Interview with Mr. Olukayode Pitan, Chief Executive Officer and Managing...
Commodities Outlook for 2023
The Value of Cash in a Time of Crisis: How...
The US-Africa Leaders Summit: Fostering a Closer Relationship with the...
Home Brokerage What Are the Implications of the SEC’s Bitcoin Futures ETF Approval?
Brokerage

What Are the Implications of the SEC’s Bitcoin Futures ETF Approval? 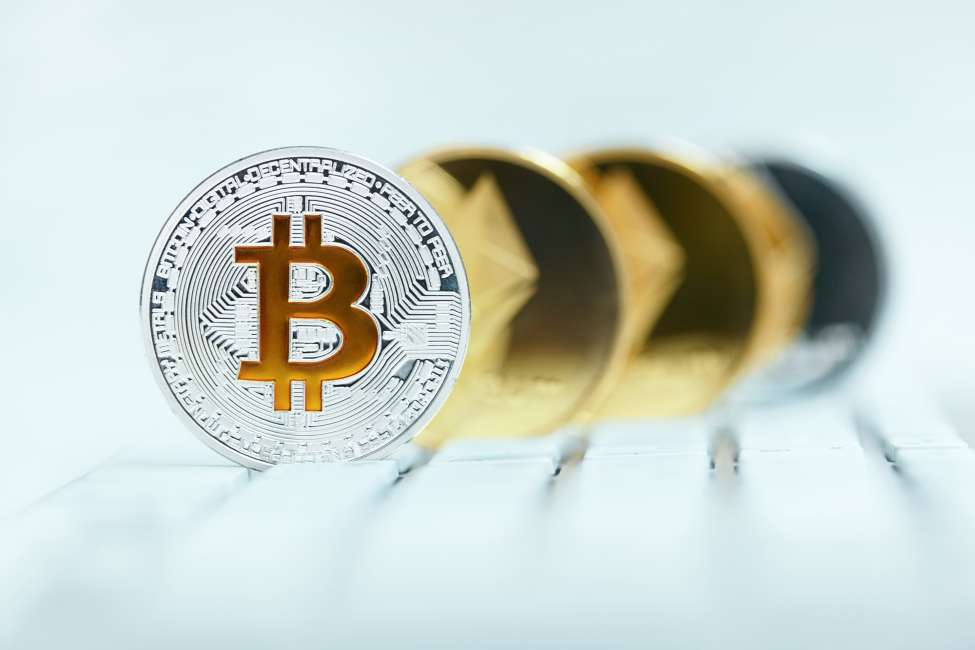 And so, after many years of failed attempts, the U.S. Securities and Exchange Commission (SEC) finally gave the green light for an exchange-traded fund (ETF) linked to bitcoin—or bitcoin futures, at least. As such, the approval marked a seminal moment in the evolution of the world’s leading digital currency.

The ProShares Bitcoin Strategy ETF, which trades on the New York Stock Exchange (NYSE) under the ticker symbol BITO and invests in standardised, cash-settled bitcoin futures contracts traded on commodity exchanges registered with the Commodity Futures Trading Commission (CFTC)—with the only ones at present being traded on the Chicago Mercantile Exchange (CME), went live on October 18. “The ProShares Bitcoin Strategy ETF is the first US bitcoin-linked ETF designed to provide investment results that generally correspond to the performance of bitcoin,” noted the ProShares fund’s fact sheet. “The fund seeks to provide capital appreciation primarily through managed exposure to bitcoin futures contracts. The fund does not invest directly in bitcoin.”

According to Michael L. Sapir, chief executive officer of the Bethesda, Maryland-based ProShares, a number of investors had been eagerly awaiting the launch of a bitcoin-linked ETF after years of efforts to introduce one. “BITO will open up exposure to bitcoin to a large segment of investors who have a brokerage account and are comfortable buying stocks and ETFs, but do not desire to go through the hassle and learning curve of establishing another account with a cryptocurrency provider and creating a bitcoin wallet or are concerned that these providers may be unregulated and subject to security risks,” Sapir noted.

Indeed, several metrics point to the first bitcoin futures ETF being a successful one. Since its approval, for instance, bitcoin itself reached new highs, with the world’s leading digital currency almost hitting $69,000 on November 10, although it has cooled off somewhat since then. The ETF itself is also the fastest ever to amass $1 billion in assets, with a cool $1.2 billion accumulated in just the first three full days after its inception. “ProShares BITO ETF has become a very popular instrument, still gaining traction,” Arcane Research stated on November 23, just over a month after the fund’s official launch. “Since Nov 10th, the ETF has seen a 12 percent growth in shares outstanding, increasing their exposure from 4177 CME contracts to 4840 CME contracts. Since the launch date, the ETF has seen its AUM grow 147 percent, illustrating the high demand for bitcoin exposure through this ETF.”

Given the SEC’s approval, then, does it mean that the floodgates are now well and truly open for the imminent approval of a slew of additional bitcoin ETFs? Not necessarily. The SEC rejected a proposal first filed in March by the Cboe BZX Exchange for a fund run by VanEck in late November and WisdomTree Investments’ application in early December; both would have directly tracked bitcoin price movements. According to the regulator, the two applicants had not shown that enough investor-protection measures had been put in place, particularly against market manipulation. “The Commission concludes that BZX has not met its burden under the Exchange Act and the Commission’s Rules of Practice to demonstrate that its proposal is consistent with the requirement that the rules of a national securities exchange be ‘designed to prevent fraudulent and manipulative acts and practices’ and ‘to protect investors and the public interest’,” the agency wrote.

Indeed, the SEC’s new chair, Gary Gensler, has been particularly vocal on the need for regulation to prevent fraud and other issues. “It’s a digital, scarce store of value, but highly volatile,” Gensler told CNBC in July in reference to bitcoin. “And there’s investors that want to trade that, and trade that for its volatility, in some cases just because it is [at] lower correlation with other markets. I think that we need greater investor protection there.”

As such, the 10-plus-year wait for a spot bitcoin ETF could well be far from over. That said, Gensler has shown some indication that he will be more supportive of futures-based bitcoin ETFs à la Proshares rather than ones that track the digital currency itself. Indeed, the SEC approved another futures ETF, the Valkyrie Bitcoin Strategy ETF (BTF), shortly after giving the green light to ProShares’ BITO fund. “Until we get clear regulation of the underlying coin markets themselves for US investors, I just don’t think we’re going to cross that hurdle,” according to ETF Trends’ chief investment officer and director of research, Dave Nadig, who recently spoke with CNBC. “I think a real solid physical bitcoin ETF is probably at least a year off at this point.”

Either way, many believe that the approval of a pure-play bitcoin ETF is now a matter of when rather than if. “The SEC is taking these progressive steps to move us forward. I thought we were going to be there by the end of this year,” David Abner, the global head of business development at cryptocurrency exchange Gemini, recently told CNBC, adding that he was surprised by the regulator’s rejection of the VanEck proposal. Abner remains as bullish as ever, however. “I think they are just sort of waiting to take that next step. They’re potentially looking for some greater, clearer regulatory guidelines around the industry, so maybe we see that in Q1 and then we see an ETF right after it. I think there’s a little bit of movement in that direction.”

It should also be acknowledged, of course, that while the United States may well be reticent to pursue a spot bitcoin fund, other countries have not been as conservative. Canada and a handful of European countries have already debuted several ETFs directly tracking spot bitcoin, in addition to a number of other leading cryptocurrencies. In Canada, for instance, seven fund managers—Accelerate Financial Technologies, 3iQ, CI First Asset (CI Global Asset Management), Evolve ETFs, Horizons ETFs, Ninepoint Partners and Purpose Investments—are currently offering 23 of such funds, with combined assets of $5.6 billion, the Financial Times recently reported, referencing data from French fintech ETF specialist TrackInsight. And in Europe, a total of 37 exchange-traded investment products across Sweden, Germany, Switzerland, Jersey and Liechtenstein contribute a further $11.4 billion of assets.

And Fidelity Investments, one of the world’s largest asset managers, has also headed north of the US border to pursue its own spot bitcoin ETF. The launch of the Fidelity Advantage Bitcoin ETF (FBTC) on the Toronto Stock Exchange (TSX) on December 2 comes a full eight months after the manager of $4.2 trillion of assets filed to launch a similar spot bitcoin ETF in the US with the SEC but ultimately joined the “pending” pile along with the rest of the pure-play applications. “This should be embarrassing for the SEC that one of America’s biggest, most storied names in investing is forced to go up North to serve its clients,” Bloomberg’s senior ETF analyst, Eric Balchunas, tweeted.

Of course, things could change quite quickly for the US. “I hope that 2022 is going to be the year for that product,” Anna Paglia, Invesco’s head of ETFs and indexed strategies, recently told CNBC, as the investment firm looks to apply for a pure-play bitcoin fund. “I wasn’t surprised that the SEC rejected the application last week. Issues like price manipulation and fraud have not been addressed yet. I do think that some more regulation is something that the SEC is expecting before approving the next application, but I’m counting on 2022 as the year for a pure-play ETF.”

Winding Path To ESG: What Risks Are Left on The Sidelines

Paying It Forward: Investing in The Future