Top Posts
Can the Indo-Pacific Economic Framework Expand US Economic Influence in...
Banks Remain Uniquely Vulnerable to Sophisticated Cyber-Attacks
Western Banks Willing to Accept the Short-Term Pain of Russian...
Why the US Is Ramping Up Its Presence in Somalia...
How Technology Is Helping to Solve Global Supply-Chain Issues
UK Inflation Climbs to Fresh 40-Year High
Home Brokerage What Is a “Value Trap”?
Brokerage 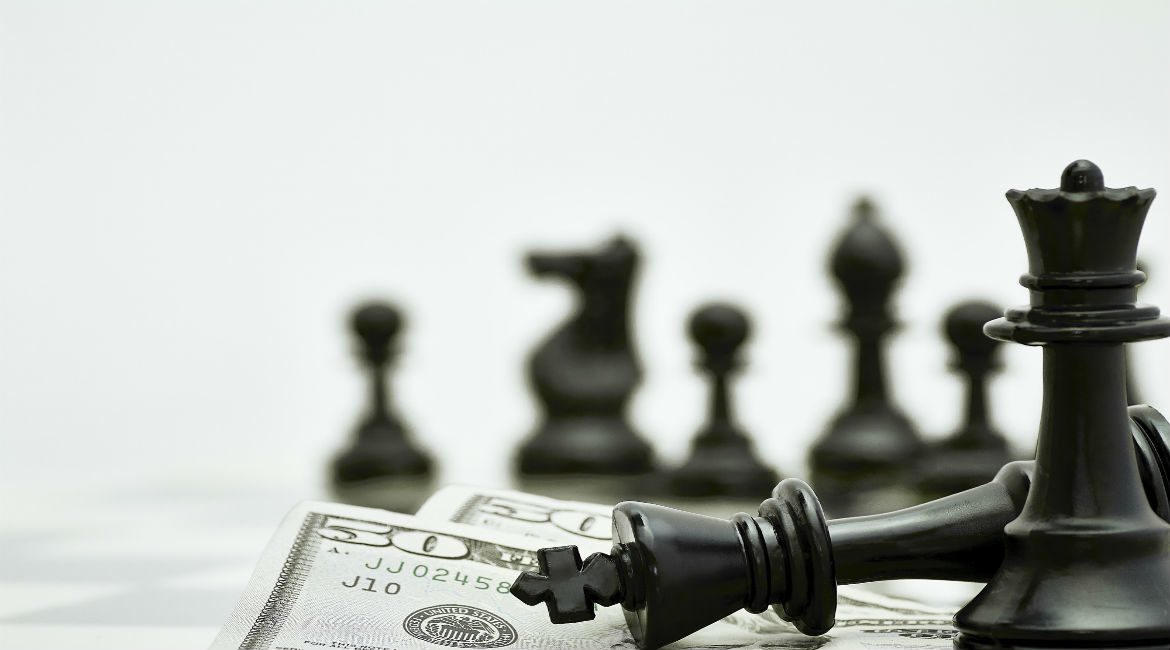 Given the tepid performance of global equity markets so far this year, the situation has opened up opportunities for investors to delve into stocks that appear to be bargains. Companies trading at or near historical lows are clearly bound to be tempting, particularly on the expectation that they will rebound significantly. However, sometimes the reality is that a cheap stock can remain expensive when the company’s true value remains even lower than that reflected by the stock price. After buying such a stock, therefore, its price is likely to continue dropping and incurring a loss for the investor. This is often the case because of one or more specific, permanent factors that are dragging the company into a sustained, long-term decline. Such a stock is known as a “value trap”, and is avoided at all costs by the value investor.

Because such a stock’s intrinsic value is lower than its price, it will continue to depreciate. This underlines the importance of performing a detailed analysis of a company before investing, as it will allow the investor to determine the true value of a stock that appears cheap on the surface. In doing so, the investor will be able to identify the disparity between value and price, and from there can determine whether the stock is overvalued. Only if the stock’s price is lower than its intrinsic value—and this value is not set to fall below the price in the foreseeable future—will the value investor consider buying the stock.

As is the case with value investing and turnaround investing, calculating intrinsic value remains of paramount importance when determining whether or not the stock is a value trap. This can be done using a range of valuation methods, including using the price-to-earnings (P/E) and the price-to-book-value (P/BV) ratios. If a stock’s price looks cheap in comparison to previous earnings, then this could indicate that something is fundamentally wrong with the company. Ultimately, the stock price will not improve, while the value of the company will continue to shrink. This is sometimes known as the “earnings-driven trap”. The stock price appears cheap, initially reflected by the high P/E ratio, but this soon vanishes as earnings-per-share (EPS) is depleted. Although the stock price may fall moderately, earnings end up dropping more over time, which deceives the investor. Once the stock looks cheap again, earnings end up dropping even further. This process can end up lasting for years in many cases.

Such a value trap has especially plagued the commodities sector over the last few years. Commodity-mining companies may have seemed like bargain investments four years ago, but with global prices falling precipitously since then, such companies have experienced huge drops in earnings, and in many cases are now lumbered with substantial debt, which has caused their values to shrink. The stocks of oil companies, for example, have looked enticingly cheap after the collapse in market prices from the second half of 2014 onwards led to a broad sell-off. On the expectation of a rebound in oil prices, five of the 10 most heavily weighted stocks in the S&P 500 Pure Value Index at the beginning of 2015 were energy companies. As oil prices continued to drop throughout the year, however, the earnings of oil companies followed suit, meaning that those who bought such stocks in January continued to see their prices plummet. With US coal mining companies also now being saddled with crippling debt on the back of an inexorable decline, the coal industry is now similarly littered with value traps.

As such, there are many factors that an investor should consider in order to ascertain whether or not a stock is a value trap. Such a stock can often emerge from several scenarios, such as poor management of the company, a loss of competitive advantage in the industry, a poor history of capital allocation, or even the company being part of an industry that is in terminal decline.

It is important, therefore, to carry out the appropriate due diligence on a company, perhaps even using a range of valuation methods to gauge true value. The company’s debt history will also provide a useful indication of its ability to recover, even after the company has brought in a change of management.

Evidence of consistent revenue growth is an important sign of a healthy business, but look at the direction in which the company’s market share is headed. If its market share is being constantly eroded, its intrinsic value is most likely falling. Does the company operate in a pro-cyclical industry? If so, then avoid buying in a slowdown or recession, and wait until there are signs of a recovery before buying the stock. If the company is part of an industry in structural decline (such as the coal industry), it means that demand for the business, as well as the industry, will never recover.

A value trap company might also boost its dividend yield in a bid to remain attractive to investors—as well as to perhaps conceal weak underlying fundamentals. Several of the world’s biggest oil companies have done this recently. Given that the dividend yield of the six oil super majors (ExxonMobil, Chevron, BP, Shell, Total and Eni) averages more than 6 percent at present, while the S&P 500’s current dividend yield is 2.2 percent, it could trigger the possibility of a dividend cut by any of these companies in the future in order to stay in business, or at the very least avoid having to incur further debt to maintain their dividend yields.

Ultimately, ascertaining value traps—and steering clear of them—requires a variety of analytical tools, some of which will be easy to identify, while others may require more in-depth analysis. If the appropriate due diligence is performed, however, significant losses can be avoided.