Top Posts
Digital Transformation For Financial Systems In A Changing World
How Gamification is Catapulting Digital Banking to the Next Level
Challenges Remain, But There Are Opportunities to Be Had in...
Interview with Mr. Olukayode Pitan, Chief Executive Officer and Managing...
Commodities Outlook for 2023
The Value of Cash in a Time of Crisis: How...
Home Brokerage Why Emerging Markets Are Early Adopters of Crypto as Legal Tender
Brokerage 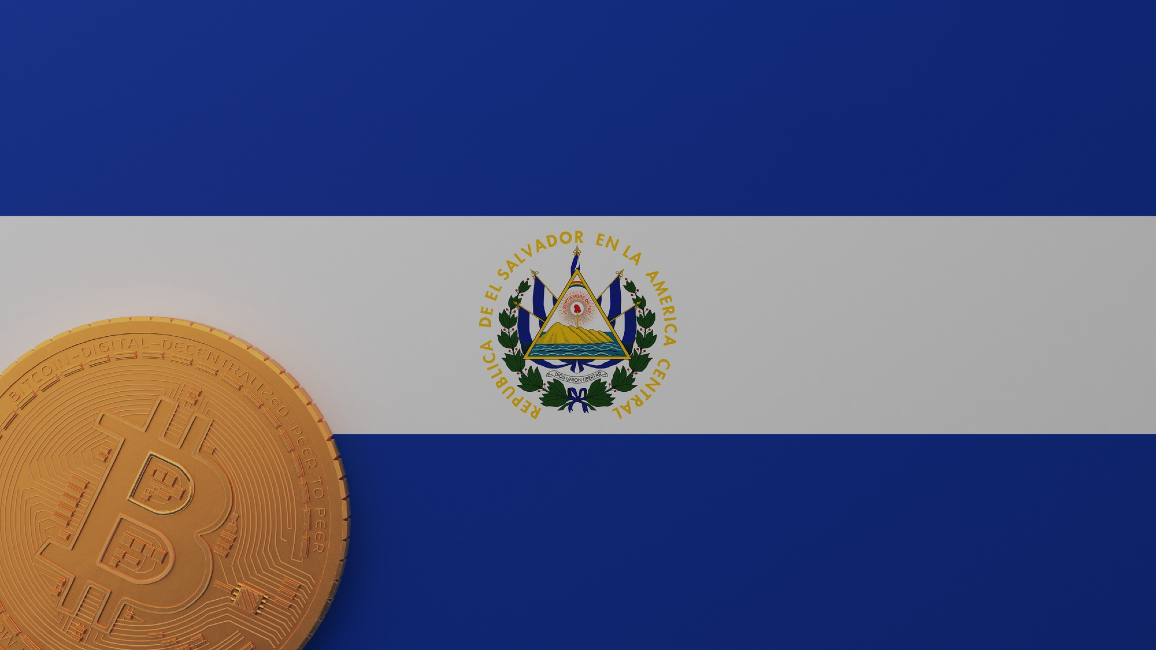 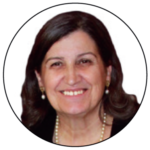 As the use of cryptocurrencies such as bitcoin continues to grow, emerging markets seem to be setting the tone for the future adoption of crypto as legal tender and defining the necessary regulatory context. In October 2021, bitcoin hit an all-time high of more than US$66,000 per coin, and the first bitcoin futures ETF (exchange-traded fund)1 also began trading on American exchanges in the same month. These developments will accelerate the employment of bitcoin, while at the same time, central bank digital currencies (CBDCs) are being piloted in China and other emerging markets. This article outlines how emerging markets are becoming the frontiers for the adoption of cryptocurrencies such as bitcoin, CBDCs and other digital currencies.

Emerging markets leading the charge toward bitcoin as legal tender

While China is attempting to ban cryptocurrencies, other countries such as El Salvador in Central America are embracing them. On September 7, 2021—with 2021 being the year that El Salvador marked the 20th anniversary of the dollarization of its economy—the country made bitcoin legal tender. Chivo is the bitcoin wallet launched by the El Salvador government to facilitate cheap and efficient payments using bitcoin’s Lightning Network (LN). Despite some demonstrations in the streets, which may indicate the contrary, Chivo’s success has been lightning fast. While in 2017, only 29 percent of the El Salvadoran population had bank accounts, two months after the new legal tender was introduced, 46 percent of the population, or two million citizens, had downloaded Chivo.

This speedy network allows bitcoin to be used for micro-transactions such as buying a cup of coffee. The Chivo Wallet also supports free cross-border payments2, which will help the migrant workers of El Salvador and their families to save more than $400 million in remittance fees per year. All major chains and companies operating there, such as McDonald’s3, must accept the cryptocurrency, too. Other Latin American countries such as Panama, Cuba and Paraguay may soon follow El Salvador. Strangely enough, in both Panama and El Salvador, the US dollar (USD) is accepted as legal tender as well. It is not just countries with weak currencies—and this includes Argentina and Cuba—that are looking for more stable as well as transparent and reliable alternatives. Currency devaluations usually bring havoc in their economies, with subsequent increases in unemployment and poverty. Avoiding this additional source of volatility has been the cause of emerging markets trying to find alternatives to weak currencies. And also, crypto adoption shows how technology can enable development and leapfrogging in the emerging world.

While China launches its DCEP

At the same time, China, a mining center of choice for crypto, has tried to ban cryptocurrencies multiple times; in September 2021, after citing concerns of gambling, fraud and money laundering, the country banned not only the mining of crypto but also its use. As China aims to cripple the power of bitcoin and cryptocurrency in general, it has been working on implementing its own government digital currency electronic payment (DCEP), also referred to as e-CNY or digital yuan/digital renminbi (RMB). Its DCEP is China’s version of a sovereign e-currency pegged to the yuan, a central bank digital currency (CBDC). While a DCEP is not necessarily incompatible with a cryptocurrency such as bitcoin, China sees the latter as a potential threat and does not want any interference in its e-CNY experiment. However, this ban has had little impact on the price of bitcoin; right after the ban, the price surged to more than $66,000 per coin, a new all-time high.

Mobile-payments technology took off during the pandemic all over the world—evidenced by ecommerce platforms such as Argentina’s Mercado Libre with Mercado Pago in Latin America and Nigeria’s Jumia with JumiaPay in Africa, among others—by growing its presence in emerging markets where credit-card penetration is lower than in the developed world. In 2020, mobile payments totaled US$49 trillion in China, and four out of five transactions were online, with Alibaba’s Alipay (55 percent) and Tencent’s Tenpay (39 percent) at the helm of online payments. Because more than half of its population used mobile payments and it was the leading country in building a cashless society, China was ripe to adopt a DCEP.

A DCEP may seem similar to a cryptocurrency, but it has many differences. Mu Changchun, the People’s Bank of China’s (PBOC’s) deputy director, made it clear that its DCEP is nothing like cryptocurrencies such as bitcoin or even stablecoins.4 A stablecoin, such as tether or USDC (USD coin), is either pegged to a certain commodity or currency or has an algorithm implemented to reduce volatility and keep its price stable. Although China’s DCEP would mimic this design, Mu Changchun said that the currency would not be pegged to a basket of currencies (as the yuan theoretically is) but to the yuan itself and could be used without an internet connection. Therefore, it does seem that this DCEP would be quite similar to the current stablecoins that already exist, but instead of being decentralized, China’s DCEP would be regulated and issued by the Chinese government. It seems the real motive behind the bitcoin ban in China is to increase regulation and government oversight5 of the Chinese economy and its DCEP. International visitors to the Winter Olympics 2022 in Beijing will be allowed to use the digital yuan. Moreover, the intention also seems to be that its DCEP be used on an international scale, and agreements have been signed with the Hong Kong Monetary Authority (HKMA) and Brussels-based SWIFT (Society for Worldwide Interbank Financial Telecommunication), although the digital RMB could work independently from SWIFT.

But what is the difference between CBDCs and cryptos?

A CBDC is simply a virtual form of a fiat currency. Therefore, unlike cryptocurrencies, it is centralized, as the issuing government controls it, while cryptos are decentralized. CBDCs seem extremely popular in emerging markets specifically because banking penetration and credit-card use are not as high as in developed countries. Another benefit of CBDCs is that they can implement blockchain technology, which removes any threat of counterfeiting or chargebacks. Emerging markets are also drawn to CBDCs and cryptocurrencies as they are able to facilitate cross-border transactions with few to no fees.

China isn’t the only country working on issuing a CBDC. Algorand (ALGO) is a blockchain-based crypto network that has been working to offer decentralized CBDC infrastructure and policies to countries around the world. The Marshall Islands recently issued its own CBDC known as SOV (Sovereign)6. It is being run on the ALGO protocol due to the speed, scalability and security that it offers. The SOV currency will circulate throughout the country alongside the USD. Other blockchain platforms and their cryptocurrencies, such as Cardano (ADA) and Ethereum (ETH), and their development teams have also been working on offering decentralized CBDC infrastructure. These platforms and currencies will continue to compete to offer central banks and governments decentralized, scalable and secure blockchains on which to implement their CBDCs. The Bahamas, the Eastern Caribbean Currency Union (ECCU) and Sweden are also in their pilot phases, and India is scheduling its CBDC for December 2021. Eighty-one countries7, representing more than 90 percent of global gross domestic product (GDP), are currently exploring or have launched some form of digital currency.

And what about a United States CBDC?

While the United States has not announced plans to make bitcoin legal tender, there is some discussion about a blockchain-backed stablecoin. Fedcoin8 proposes that the US government create a digital currency within the United States with a 1:1 exchange rate with the dollar. Much of the US’ currency is digitized already, so a blockchain-backed Fedcoin would do well in its current economy and could help facilitate digital transactions. Tether9 is an example of a stablecoin that claims to be backed by the USD. However, without government regulation, it is not very transparent and can be controversial. Originally, Tether claimed that each coin it issued was backed by one USD, but it was later discovered that only 74 percent10 of tethers issued were backed. In Federal Reserve Chair Jerome Powell’s recent announcement, he called for greater regulation of stablecoins.

Why emerging markets are at the center of the crypto revolution

There are many reasons why emerging markets will be crucial to determining the fate of crypto and blockchain execution worldwide. Due to their unbanked populations, high banking risks and, in general, lower bank and credit-card penetrations, the adoption of a CBDC or cryptocurrency can be beneficial in emerging markets11. The use of blockchain in emerging markets can also limit corruption and ensure transparency and fair treatment of employees within various industries throughout the entire supply chain. Smart contracts and blockchain have the capability to record all transactions and agreements on an immutable ledger to ensure transparency and fairness. This could help decrease corruption and mistreatment on an international scale. Tokenization seems inevitable, so it is important that the US government begins discussing ways to catch up with emerging countries and retain the international power of the USD.

ABOUT THE AUTHORS
Lourdes S. Casanova has been a Senior Lecturer of Management at S.C. Johnson Graduate School of Business, Cornell University, since 2012. She is also the Gail and Roberto Cañizares Director of the Emerging Markets Institute. For the previous 23 years, she was a Lecturer in the Strategy Department of INSEAD.

John Ninia is a Senior at Cornell University and an Environment and Sustainability major concentrating in Environmental Economics. He is currently working with Lourdes Casanova, conducting research on the rise of artificial intelligence, cryptocurrencies and e-commerce within emerging markets.

Making a Case for European Equities

Are Bank Credit Lines the New Source of Financial Fragility?