Top Posts
Challenges Remain, But There Are Opportunities to Be Had in...
Interview with Mr. Olukayode Pitan, Chief Executive Officer and Managing...
Commodities Outlook for 2023
The Value of Cash in a Time of Crisis: How...
The US-Africa Leaders Summit: Fostering a Closer Relationship with the...
Three Key Sectors in Which to Invest in 2023
Home Brokerage Why Farmland Has Become Such an Attractive Investment Proposition
Brokerage 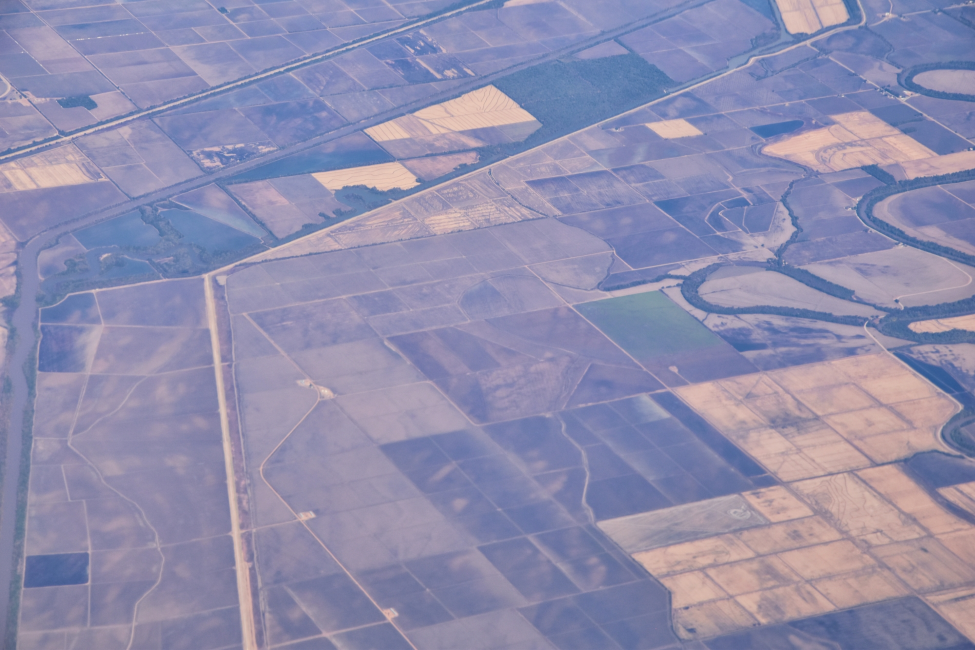 In January 2021, The Land Report published an article that declared Bill Gates had become America’s biggest private farmland owner. Along with his then-wife Melinda Gates, the US quarterly land-investment magazine stated that the couple had managed to amass some 242,000 acres of farmland, with the largest holdings reported to be located in Louisiana (69,071 acres), Arkansas (47,927 acres) and Arizona (25,750 acres).

Certainly, it would seem that the Gates’ position as the biggest landowners reflects a broader interest they have developed in acquiring strategic farmland. For instance, it was also reported last year that the couple had accumulated more than 269,000 acres of farmland across 18 states in less than a decade. And in January 2020, the Bill & Melinda Gates Foundation announced the creation of a non-profit, Gates Ag One, which “aims to speed up efforts to provide smallholder farmers in developing countries, many of whom are women, with access to the affordable tools and innovations they need to sustainably improve crop productivity and adapt to the effects of climate change”. The entity focuses particularly on two of the world’s fastest-growing regions, which depend heavily on smallholder agriculture for food and income: sub-Saharan Africa, home to around 1 billion people, and the 1.8 billion-strong South Asia.

Having hosted an “Ask Me Anything” (AMA) session on social-media platform Reddit in March 2021, Gates explained his decision for gobbling up so much farmland. “My investment group chose to do this. It is not connected to climate,” he wrote. “The agriculture sector is important. With more productive seeds, we can avoid deforestation and help Africa deal with the climate difficulty they already face. It is unclear how cheap biofuels can be, but if they are cheap, it can solve the aviation and truck emissions.”

But it’s not just the Gates who are investing in farmland; on the contrary, a number of affluent investors have turned their attention towards this increasingly popular asset sub-class. Thomas Peterffy, chairman of Interactive Brokers, owns 581,000 acres. And while both are clearly large owners of farmland, neither are the biggest individual landowners in the country. That prime position goes to John Malone, former Telecommunications Inc. chief executive officer and Liberty Media chair, who owns 2.2 million acres of land. Malone is followed in second place by CNN founder Ted Turner, who owns around 2 million acres of ranch land. And in the 25th spot is Amazon CEO Jeff Bezos, who owns 420,000 acres, mostly across Texas.

One of the main reasons for investing in farmland at present is the diversification benefits it offers within investment portfolios. With returns typically stable and exhibiting low correlation with other asset classes, investors have started increasing their farmland exposures to protect themselves against market uncertainties. “The attraction that people have to investing in farmland is that it tends to be countercyclical to the stock market. It’s a hedging strategy,” Daniel Bigelow, a professor of agricultural economics at Montana State University and former U.S. Department of Agriculture research economist, told NBC News in June. The value of farmland thus tends to remain resilient in the face of a struggling economy.

It also provides an effective hedge against inflation, with annual prices in the US growing at the fastest rate in about 40 years, especially given that farmland produces important agricultural staples with prices also rising precipitously. “Every single institutional phone call I’ve had in the last six months has included a discussion of inflation. Five years ago, it would have been zero,” Stephen Johnston told Bloomberg in December. Johnston is managing partner of Calgary-based Veripath Farmland Partners LP, an open-ended fund that manages more than 90,000 acres in portfolios of row-crop land diversified across Western Canada and operates by leasing the land it owns back to farmers.

But, of course, none of this would matter if farmland didn’t offer strong returns in its own right within the current market environment, and US farmland does just that. Indeed, its real value has tripled over the last 50 years, according to the USDA (United States Department of Agriculture). And although it experienced somewhat of a slowdown in the 1980s, rising commodity prices since the 2000s have meant that farmland continues to offer some of the strongest, most dependable returns of any asset class year in and year out. Indeed, the USDA recorded that the average farm real-estate value, which measures the value of all land and buildings on farms, rose from under $1,500 per acre in the mid-1990s to more than $3,000 per acre in 2020.

And even today the value of farmland keeps swelling. A USDA survey published in August 2021 found that US farm real-estate values averaged $3,380 per acre for 2021, 7.0 percent more than in 2020, the biggest annual increase since 2014. The survey also revealed that US cropland value averaged $4,420 per acre, an increase of 7.8 percent from the previous year, and US pasture value averaged $1,480 per acre, an increase of 5.7 percent. Along with food-price inflation, low interest rates and easing global trade tensions have helped push farm values higher. “It’s an asset with increasing value,” according to American Farmland Trust CEO John Piotti. “It has great intrinsic value and beyond that, it is a limited resource.”

At just over 60 percent, the ratio of farmland that is owner-operated versus rented/leased has been relatively stable over the past 50 years, according to figures from the USDA. That said, much of this land remains in the hands of senior citizens—approximately 40 percent according to the USDA—which means that the coming years are likely to see a substantial amount of farmland coming onto the market. Whether young farmers can snap up this opportunity remains to be seen, however, as wealthy investors and financial firms continue to pile into the space. “If you’re looking at what this means for farmers on the ground looking to access land, there’s significant competition from nonfarmers, and that really affects young farmers because it means that the price that they’re trying to compete with on the marketplace is driven and determined by people who are not dependent on a farming income,” Holly Rippon-Butler, a farmer in upstate New York and the land campaigns director at the National Young Farmers Coalition, told NBC News in June.

And what about ordinary investors? Can they, too, access exposure to farmland’s impressive returns, or is it a play that’s only available to the world’s wealthiest entities? One can certainly invest directly in farmland by purchasing shares in the firms that own the land and then sharing in the company’s profits in proportion with the number of shares purchased. It is worth noting the environmental, social and governance (ESG) implications of investing in the farmland sector, however. In agriculture, responsible practices include eliminating pesticides, selling locally rather than exporting and paying good wages, as François Boutin-Dufresne, managing partner of Sustainable Market Strategies (an ESG research firm in Montreal), explained to The New York Times in December. Boutin-Dufresne added that investors should hire their own evaluators to ensure the commitments are real. What’s more, investing in this manner is only eligible to accredited investors, such as high-net-worth individuals and investment companies.

Nonetheless, there are a handful of ways for retail investors to access farmland as an asset, perhaps the most straightforward being the simple purchase of farming stocks. A multitude of companies are involved in crop production, for instance, while other activities that are ancillary to farming, such as equipment manufacturing or processing and distribution, may also yield attractive returns. Similarly, investors can buy the agricultural commodities produced on the farmland, such as coffee, soybeans and wheat, either on a spot basis or through commodities-futures contracts.

Several agriculture-focused exchange-traded funds (ETFs) that invest in either agricultural companies or agricultural commodities also provide investors with a convenient way to gain farmland exposure. An example of the former is the VanEck Agribusiness ETF, which seeks to track the overall performance of companies involved in agri-chemicals, animal health, fertilizers, seeds and traits from farm irrigation equipment and machinery, aquaculture and fishing, livestock, cultivation and plantations (including grain, palm oil, sugar cane, tobacco leaves, grapevines) and trading of agricultural products. And an example of an agricultural commodity fund is the exchange-traded note (ETN) Elements linked to the Rogers International Commodity Index—Agriculture Total Return ETN, representing the value of a basket of 21 agricultural futures contracts for commodities consumed in the global economy.

And farmland real estate investment trusts (REITs)—companies created with the express purpose of holding farmland—represent another appealing option for investors, who purchase shares of the REIT. Farmers can then rent the land from the REIT, and investors receive this rental income in the form of dividend payments.

Quantum Computing: An Imminent Gamechanger for the Banking Industry?