Top Posts
Challenges Remain, But There Are Opportunities to Be Had in...
Interview with Mr. Olukayode Pitan, Chief Executive Officer and Managing...
Commodities Outlook for 2023
The Value of Cash in a Time of Crisis: How...
The US-Africa Leaders Summit: Fostering a Closer Relationship with the...
Three Key Sectors in Which to Invest in 2023
Home Brokerage Why Fertiliser Prices Have Been So Volatile This Year
Brokerage

Why Fertiliser Prices Have Been So Volatile This Year 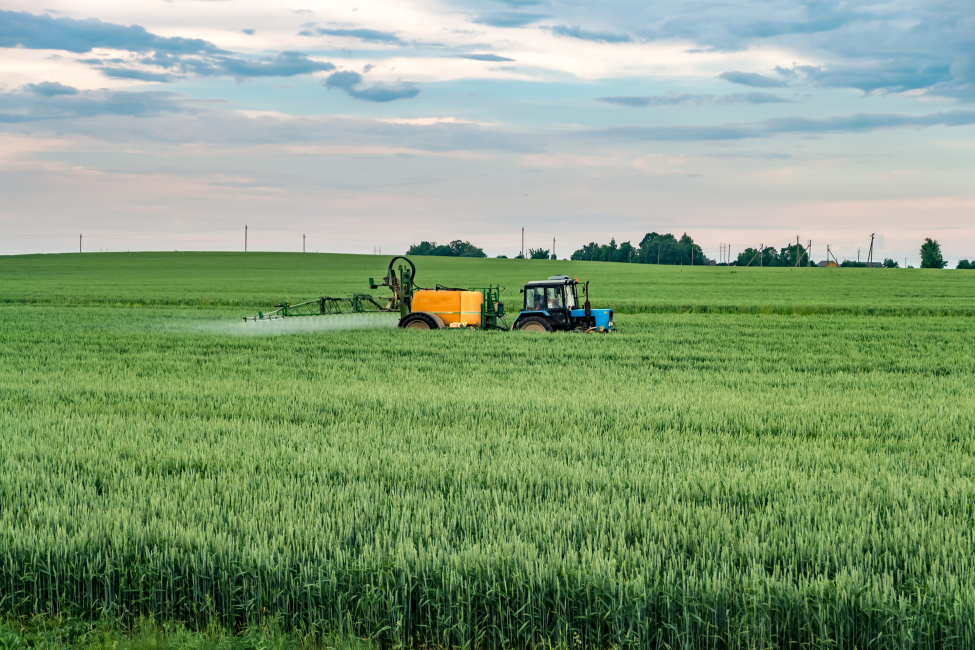 It has been a turbulent year for global commodities, particularly since the outbreak of the war in Ukraine in late February. But few markets have experienced such pronounced volatility as that of fertiliser. And with the conflict in Eastern Europe set to be prolonged well into 2023, fertiliser prices may well remain elevated for some time to come.

Urea is the most commonly used fertiliser in the world. It provides nitrogen to crops to promote their green, nutritional leafy growth, in part by aiding the process of photosynthesis. It is also manufactured from ammonia, which requires significant quantities of natural gas to produce. As such, the price of urea typically tracks that of natural gas quite closely, as it has this year, with urea futures contracts skyrocketing by around 85 percent in the two weeks following the outbreak of the war in Ukraine on February 24.

Of course, energy prices were already rising sharply well before Russian troops set foot in neighbouring Ukraine, which meant the cost of manufacturing fertiliser, as well as its retail price, had been going up for quite some time. This rally also prompted a significant proportion of fertiliser-manufacturing plants to shutter production or even shut down altogether—particularly in Europe, where production is typically more expensive, and China, the world’s dominant fertiliser-producing nation, which began diverting more of its output away from the export market and towards satisfying domestic needs.

But the onset of the military conflict in eastern Ukraine in February massively exacerbated the situation as energy prices were sent to the heavens. Indeed, urea prices reached record highs in April after Russia was hit by Western economic sanctions that reduced the availability of fertiliser from a country that accounts for around 15 percent of the world’s crop-nutrient requirements and represents a crucial source of natural gas to Europe. The UN Food and Agriculture Organization (FAO) noted that Russia was the world’s top exporter of nitrogen fertilisers last year and the second-largest supplier of both potassium and phosphorus fertilizers. Prices were also supported by sanctions against Belarus, a major fertiliser producer, with Europe imposing restrictions on its exports of potassium fertilisers.

“Prices for both agricultural fertiliser and feed have risen significantly over the past year,” the Parliament of the United Kingdom wrote on its official House of Lords Library website on June 22, citing the war in Ukraine as the key underlying factor for this massive rally. “Figures from the Agriculture and Horticulture Development Board (AHDB) have shown that in May 2022, the price of UK-produced ammonia nitrate fertiliser in Great Britain had increased by 152 percent since May 2021, and imported prices had increased by 171 percent. The price of potassium chloride fertiliser (potash) had increased by 165 percent, and phosphate fertilisers had increased by between 120 percent and 128 percent depending on the type.”

Initially, sanctions prompted fertiliser firms to boost their purchases and transport larger quantities around the world to circumnavigate the impact of supply constraints in Russia and the Black Sea trading routes, as well as avoid global supply-chain challenges. Russia also began to impose quotas on its fertiliser exports and prioritised supplying them to countries with which it maintained friendly relations.

But soaring gas prices forced fertiliser producers to scale back production severely, with more than 70 percent of normal supply curtailed by mid-September, according to Europe’s fertiliser industry association. “Gas and energy prices have gone absolutely bonkers, and fertiliser plants are now saying ‘we cannot sell fertiliser based on the input cost of this gas’,” analyst Andrew Whitelaw of agricultural market-research firm Thomas Elder Markets explained to Australian state broadcaster ABC (Australian Broadcasting Corporation). “So, they’re starting to shutdown plants in Europe, which reduces a lot of supply from the global market, and that is making [fertiliser] prices increase dramatically.”

This intense competition has meant that farmers worldwide have been forced to trim their fertiliser usage drastically to save on spiralling costs, which, in turn, has diminished food production and exacerbated food shortages, particularly in regions of the world that are already vulnerable and food insecure. “For Africa, removing what little fertiliser is traditionally applied has a disproportionate effect on crop production, resulting in food shortfalls that are being compounded by current drought levels,” Will Osnato, an analyst at commodities data and research group Gro Intelligence, told the Financial Times.

Some also believe that the impact of higher fertiliser prices coming so soon after the devastation of the COVID-19 pandemic and ongoing drought in some regions, such as the Horn of Africa, could well exacerbate the likelihood of unrest among communities. McKinsey, for instance, believes that the consequences of a looming food crisis may be more intense than during the 2007-08 global food crisis and the food-price hikes that contributed to the Arab Spring in 2010-11.

With fertiliser simply becoming too expensive for farmers, however, urea prices did decisively reverse course during the second quarter of the year; by late October, they had even dipped below levels traded just before the beginning of the Ukraine war in late February, which further demonstrates the demand destruction that has transpired in recent months. Indeed, it is clear that farmers have scaled back their fertiliser purchases as inventories balloon in some regions. According to the Brazilian National Fertilizer Association, fertiliser deliveries in the country fell by 8.7 percent during the first seven months of this year compared to the same period last year. The industry group also expects deliveries to decline by 5 percent to 7 percent for the full year. Brazil’s fertiliser prices have also plummeted by almost half from April’s highs. “Prices of some fertilisers are far above previous years,” Jeferson Souza, fertiliser analyst for Agrinvest Commodities in Brazil, told Bloomberg. “Farmers see the price dropping and keep waiting to make purchases.”

Farmers are thus pulling back on the pricey input, according to Bloomberg Intelligence (BI) analyst Alexis Maxwell. “Global ammonia, phosphate and potash demand are all down year to date,” he explained. And with European gas prices less than one-third of their mid-August peak of almost €350/kilowatt-hour (kWh), nitrogen production has begun to ramp up again gradually, which in turn is helping cool fertiliser prices.

That said, urea prices continue to trade at multiples of historical averages, and many analysts anticipate elevated prices will persist for years to come. Fitch Ratings, for instance, recently raised its 2022-25 global fertiliser-price assumptions due to higher feedstock prices, particularly gas; higher production costs amid ongoing Russian supply constraints; and continued expectations for a recovery in demand in 2023. “Supply remains tight despite capacity additions in the Middle East as over half of European capacity is now curtailed due to extremely high feedstock prices, while most of the remaining capacity in the region is running at reduced rates,” Fitch noted in mid-September. “Although high ammonia prices are leading to some demand destruction, we expect nitrogen demand to recover next year as farmers plant increased acreage following this year’s weak crop yields, due to poor weather conditions in some regions. Ongoing high crop prices will support demand.”

CF Industries, the world’s largest nitrogen-fertiliser company, largely concurs with this view, having predicted in May that prices would remain elevated for at least two years as demand will remain buoyant for much of this period, despite some recent periods of scaling back. “We don’t see demand destruction. We see demand deferral,” Bert Frost, the company’s senior vice president of sales and market development, stated, adding that if farmers aren’t applying maximum fertiliser, they’re “just not that intelligent”, as crop prices were soaring. Frost also said that if US farmers didn’t buy all the nitrogen that CF Industries had available, the company could simply ship it elsewhere.

Now Is the Time to Invest in Monaco Real Estate

Farmers are already reducing fertilizer cost and use over 70% and reducing soil toxicity with the “SNX30 fertilizer supplement”. It’s backed by a growing number of agronomists and NCGA Corn Yield Winners too.