Top Posts
How Gamification is Catapulting Digital Banking to the Next Level
Challenges Remain, But There Are Opportunities to Be Had in...
Interview with Mr. Olukayode Pitan, Chief Executive Officer and Managing...
Commodities Outlook for 2023
The Value of Cash in a Time of Crisis: How...
The US-Africa Leaders Summit: Fostering a Closer Relationship with the...
Home Brokerage Why Have Coal Prices Surged Since Late 2020?
Brokerage 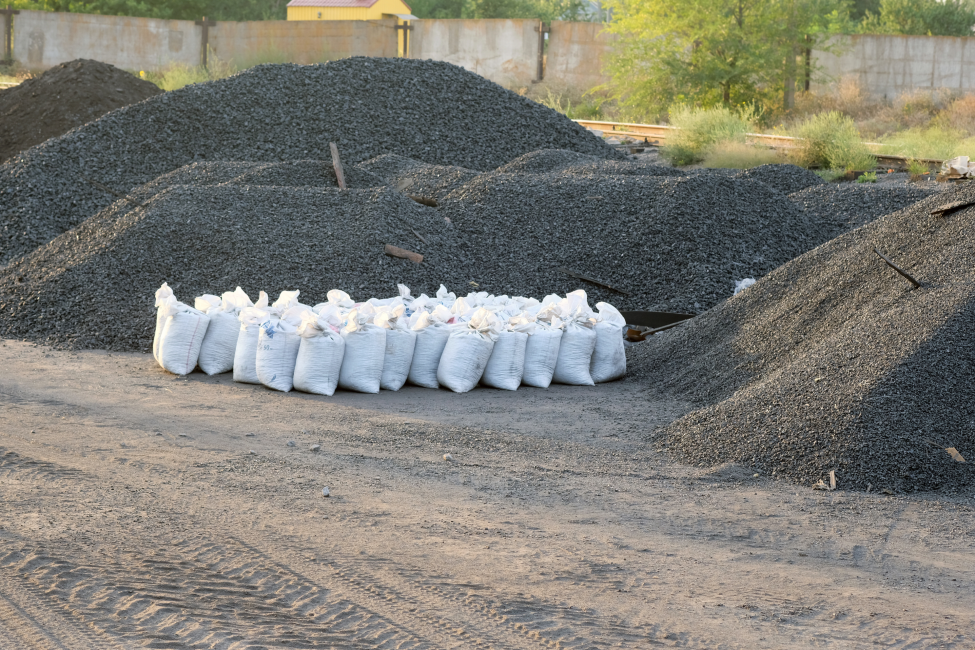 For many, it had appeared as if the death knell had well and truly sounded for coal. Declining global demand coupled with a growing worldwide divestment movement that supported a concerted shift towards cleaner energy sources suggested that it was an industry in terminal decline. And yet 2021 saw coal prices hit all-time highs on the back of buoyant demand, with producers only too willing to expand production.

Much of coal’s rejuvenation is down to activity from China, which is to be expected given its status as the world’s largest coal consumer, importer and producer. Indeed, with the COVID-19 pandemic in full flow during 2020, it seemed as if the coal market would suffer the most in the face of collapsing demand for electricity. With offices closed and industrial activity grinding to just a trickle at times, coal demand took a major hit.

But with China’s economy recovering much quicker than expected and unusually cold weather in Northeast Asia spurring greater power requirements, coal did not suffer excessively as was initially anticipated. By the end of 2020, global demand had fallen 4.4 percent, according to the International Energy Agency (IEA), which, although clearly substantial, was much less than what was posited by earlier forecasts. In fact, coal demand grew marginally in China throughout that year but experienced substantial declines in other top consumer jurisdictions, such as the European Union, India, the United States and South Africa.

And with the economic recovery continuing more comprehensively in 2021, a combination of buoyant demand and insufficient production to keep up with this demand propelled the prices for both metallurgical and thermal coal to all-time highs by October. Imported thermal coal in Europe, for example, hit $298 per tonne, while the Australian Newcastle benchmark hit $269.50 per tonne.

China continued to play the most influential role in determining coal’s climb to the skies throughout the year, not just on the demand side through growing power demand and resilience of its heavy industry but also its decisions on the production side. Output was drastically cut throughout the country during the first half of 2021, with mines closing down on the back of safety concerns. For example, China’s biggest coal-producing province, Shanxi, which accounts for some 14 percent of the world’s total coal output, had closed around 130 mines that contributed a whopping 185 million tonnes—or around one-quarter of the province’s total output—by late June. “Safety is likely to be the priority over supply, and supervision will be only stronger, ahead of the Party’s 100th anniversary,” Zhang Xucheng, an analyst of Kaiyuan Securities, wrote at the time. “The scale of shutdowns and production cuts is likely to continue, and the tension between supply and demand will be hard to resolve in the short term.”

And coal supply was further impacted by China’s unofficial ban on imports from Australia as political tensions grew last year between Beijing and Canberra. The ban was first implemented in October 2020, and estimates suggested that around one million tonnes of Australian coal remained in bonded warehouses along China’s coast one year later, still uncleared by customs. By October 2021, however, this situation was partly resolved as China began easing its ban in response to an increasingly desperate search for scarce coal supplies. This relaxation also partly contributed to coal’s modest reversal in price at the time, along with government efforts to boost domestic supplies.

The rally in natural-gas prices additionally contributed to coal’s bullishness last year, as plants in Europe and Asia in particular shifted away from expensive gas and into cheaper coal consumption for their power-generation needs. Replacing coal with gas “is good for climate change, but to do that, we need to have a lower price,” Patrick Pouyanné, chief executive officer of TotalEnergies, told CNBC in October. “Because coal today is a king, because coal is cheaper than all the other sources of energy.”

Indeed, by December 2021, the IEA was forecasting global coal demand to have grown by 6 percent during the year. As such, coal’s resurgence has called into question the world’s commitment to transitioning towards cleaner energy sources, particularly against the backdrop of massive global concern over the impact of climate change. In August 2020, for instance, the Intergovernmental Panel on Climate Change (IPCC) released a report that issued a stark warning that the threshold 1.5-Celsius temperature increase could well be breached in just over a decade unless there is an imminent and committed reduction in greenhouse-gas emissions—a report that United Nations’ secretary-general, António Guterres, described as “code red for humanity”, adding that it “must sound a death knell for coal and fossil fuels before they destroy our planet”.

But prices have surged once again in early 2022, largely on the back of a three-week blanket ban on coal exports implemented by Indonesia, which continued to lead to further shipment delays even after the ban was relaxed on January 20. The ban was implemented so that the Southeast Asian nation could address its low levels of domestic coal inventories. As such, Indonesia was expected to deliver just 17.7 million tonnes of coal for the export market in January, according to vessel-tracking and port data compiled by commodity consultant Kpler, which would be a hefty 43-percent below December’s 31.29 million tonnes and the weakest month since Kpler starting compiling data in January 2017. With international spot cargoes of coal more difficult to find, buyers have been forced to pay higher prices for their requirements. As such, the benchmark Argus Newcastle Port Coal price surged to $243.97 a tonne by the week ending Friday, January 21, up 59 percent from November lows of $153.10.

And yet the projections for the next few years suggest very little will be done to suppress coal consumption. Indeed, the IEA is expecting similar levels of global interest in the “black gold” this year and the subsequent two years. “Overall coal demand worldwide—including uses beyond power generation, such as cement and steel production—is forecast to grow by 6 percent in 2021,” the IEA explained in its “Coal 2021” report published in mid-December, putting the total demand figure for the year at 7,906 million mt (metric tons). “That increase will not take it above the record levels it reached in 2013 and 2014. But, depending on weather patterns and economic growth, overall coal demand could reach new all-time highs as soon as 2022 and remain at that level for the following two years, underscoring the need for fast and strong policy action.”

Much will ultimately depend on the attitudes to coal within the world’s two biggest consumers—China and India, which together account for two-thirds of global demand. “These two economies—dependent on coal and with a combined population of almost 3 billion people—hold the key to future coal demand,” warned the IEA. “The fate of coal depends on how quickly and effectively countries move to implement their net zero commitments. And the level of coal demand in a net zero carbon economy will depend on how successful efforts are to deploy carbon capture, utilisation and storage (CCUS) technologies.”

Others are similarly subdued in their outlooks. “We expect that the share of coal in energy generation will decline driven by the energy transition agenda, however this will have a rather longer-term impact on the market,” Yulia Buchneva, director in natural resources at Fitch Ratings, told CNBC in August. But she also warned that demand for coal in emerging markets with less stringent environmental agendas and where coal-fired power dominates generation, such as India, Pakistan and Vietnam, is expected to rise in the medium term.