Top Posts
Challenges Remain, But There Are Opportunities to Be Had in...
Interview with Mr. Olukayode Pitan, Chief Executive Officer and Managing...
Commodities Outlook for 2023
The Value of Cash in a Time of Crisis: How...
The US-Africa Leaders Summit: Fostering a Closer Relationship with the...
Three Key Sectors in Which to Invest in 2023
Home Brokerage Why Have Tin Prices Struggled in 2022?
Brokerage 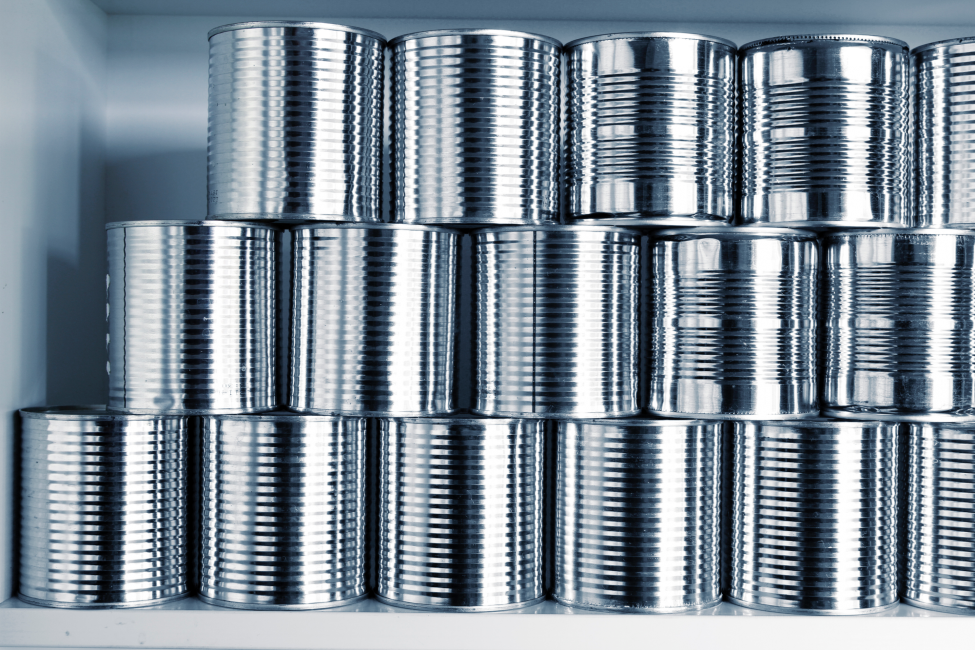 It has been a largely underwhelming year for the tin market. After an astonishing rally culminating in record highs in the first quarter, prices crashed down to earth in recent months and hit two-year lows by October. With China experiencing economic-growth challenges at present, some believe that the outlook for tin remains bearish. But with the global electronics industry expected to grow over the longer term, there is hope that demand for tin will support a rebound in prices.

Tin itself is mainly extracted from the mineral cassiterite. The silvery grey metal is most commonly known as the key material in cans, but it has also become crucial within the global electronics industry. It is used to make solder, the substance that binds circuit boards and wiring and typically contains between 40 percent and 70 percent tin to provide strong joints. And most assemblers use tin-copper-based solders at present. Tin is also applied to other metals as a coating to prevent corrosion and is extensively used in photovoltaic (PV) installations and electric vehicles (EVs).

And thanks to the COVID-induced shift to working from home, which bolstered global demand for computers and other electronic devices, tin embarked on a two-year bull run that saw prices enjoy gains just shy of 300 percent. “Demand is wild across the board,” Evan Morris, co-president of Nathan Trotter & Co., North America’s largest tin importer, told the Wall Street Journal in May 2021, when the metal’s price was in the midst of a breathless rally. Morris also noted that acute tin shortages meant that his company struggled to fulfill orders on time as the coronavirus had limited supplies of raw metal coming out of Indonesia and elsewhere.

The bull run culminated in an unprecedented peak of $51,000/tonne in March 2022, at a time when the tin market experienced a significant squeeze as the global recovery from COVID-19 saw demand for industrial metals surge while global supply-chain challenges persisted. Traffic has been one-way since March, with tin prices collapsing dramatically throughout the second and third quarters. The end of June, in particular, saw prices crash across much of the industrial metal complex as tin experienced its worst week since the 1980s, shedding more than one-fifth of its value. And in the third quarter (Q3), LME (London Metal Exchange) Settlement prices averaged just $23,660/tonne, a drop of nearly 53 percent from the peak, further underlining the drastic reversal tin experienced compared with the previous two years.

By October, the tin market was hosting sub-$20,000 prices for the first time since late 2020. With soaring inflation and sharply rising interest rates triggering considerable demand destruction alongside the slowing economic growth registered in China, it should come as no surprise that prices plummeted. Indeed, with Beijing adopting a strict position of “zero-COVID” to contain the outbreak of the virus, demand for industrial metals from the world’s second-biggest economy and biggest consumer of commodities has remained sluggish throughout much of the year. The lockdowns mandated alongside travel restrictions in several key regions, such as Shanghai and Beijing, have severely eroded the demand for popular industrial metals, including tin, copper, zinc and lead.

Compared with the markets for other industrial metals, the more illiquid tin market typically hosts lower trading volumes, making it more susceptible to sharp price movements. But nothing could prepare the market for the long-running drop in prices, with the London Metal Exchange leading the collapse. Traders began liquidating their long positions immediately after the March high was reached. The selloff was greatly exacerbated by pronounced bearish activity in tin trading on the Shanghai Futures Exchange (ShFE). Shanghai tin futures contracts notched up volumes exceeding three million tonnes in each of June and July.

The LME’s “Commitments of Traders Reports” (COTR) show position interest in tin remained net short throughout much of October, further underlining the bearish sentiment that persists as China’s growth has remained subdued and demand for industrial metals has dropped in recent months in the face of rising interest rates. Indeed, as central banks continue to tighten monetary policy aggressively in many advanced economies, the severe demand destruction now surfacing has firmly put the brakes on the outlook for base metals—tin included. And one also mustn’t discount the impact of a rapidly strengthening US dollar in recent months, which has raised the cost of dollar-denominated tin on international markets for overseas buyers.

But as of now, analysts have reached little consensus on where tin prices might head next. Some are convinced that tin’s bear run is far from over, with Chinese demand unlikely to rebound in the near future. “Even if China recovers in the second half, it won’t be able to single-handedly boost prices back to new highs—that age has gone,” Amelia Xiao Fu, head of commodities strategy at BOCI Global Commodities, told Bloomberg in late June. “If other major economies are heading towards a recession, China won’t be growing at exceptional rates either.”

Some bulls might be buoyed by news published in October that Indonesia, the world’s biggest exporter of refined tin, was reportedly planning to ban exports of the metal to promote its domestic tin-processing capacity. Indonesia consumes only 5 percent of the refined tin it produces while exporting 95 percent. The ban is part of a broader Indonesian plan to reserve mineral resources such as nickel, tin, copper and bauxite for domestic processing and export higher-value-added products instead of just shipping cheap raw materials, Reuters reported on October 20.

Citing Sucden Financial’s analyst Geordie Wilkes, the news service also noted, however, that while Chinese buyers were adding to their tin imports due to the possibility of an Indonesian export ban, consumer demand was slowing along with global economic growth. “The import arbitrage was open, but also the threat of an Indonesian ban also lead to what we saw with nickel is a front loading of those material imports there,” Wilkes said. “Consumption is not quite there, and the profitability is a lot less considering the price has fallen quite sharply…. We expect price to remain on the back foot for tin.”

But some remain optimistic that tin will stage a dramatic rebound over the coming months, as the growing need for global electronics should keep the metal in high demand. “Even amid supply chain pinches, energy shortages, and smelter shutdowns, the need for tin continues to increase,” commodities intelligence firm MetalMiner noted in late October. “This gives the tin leverage other metal prices simply don’t have.” And according to AfriTin Mining’s chief executive officer, Anthony Viljoen, demand for tin would “remain positive” this year despite the pronounced selloff and commodity market volatility. “Despite volatile global commodity markets this year, management and the board of directors remain confident that the market fundamentals for tin production will remain positive,” Viljoen said on August 31, following the Namibia-based tin producer’s report of a maiden group profit for the year ended February.

Tin is expected to register modest growth over the coming years, with a recent report from Mordor Intelligence projecting that the market will experience a compound annual growth rate (CAGR) of more than 2.5 percent during the forecast period (2022-27). “The market was negatively impacted by COVID-19 in 2020. Tin dealers have been experiencing one of the most severe squeezes in the metals market ever as COVID-19 spurs a surge in demand as supply falters,” according to Mordor. “In the first half of 2021, demand for tin used in electronics surpassed supply, driving a more than 90% price increase on the London Metals Exchange. However, the market is expected to grow at a steady rate in the forecast period (2022-2027).”