Top Posts
Could Big Tech’s Iron Grip on Digital Advertising Soon Come...
Can Recent Oil Discoveries Prove to be a Boon for...
Is It Time to Explore an Alternative to Fractional-Reserve Banking?
Can AgTech Prove Instrumental in Helping to Feed the World’s...
Can the Indo-Pacific Economic Framework Expand US Economic Influence in...
Banks Remain Uniquely Vulnerable to Sophisticated Cyber-Attacks
Home Brokerage Why Marijuana Stocks Are Expected to Boom
Brokerage

Why Marijuana Stocks Are Expected to Boom 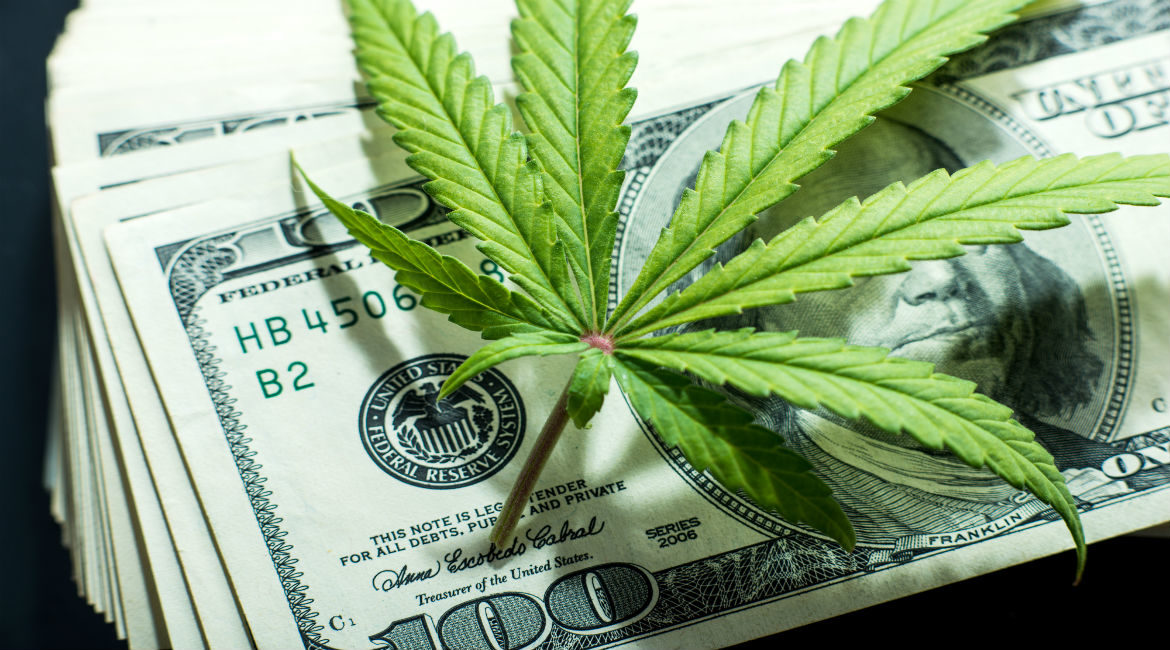 The last few months have seen investors showing more interest in the cannabis industry. As they become more at ease with investing in the once-controversial product, and as authorities around the world continue to relax the rules surrounding its legalization, anticipation continues to mount over the extent to which marijuana companies could outperform in the future.

The figures seem to back up this notion. According to data from cannabis-advisory firm Viridian Capital Advisors, marijuana companies have managed to raise $4.3 billion this year through the end of July. And the industry is now expected to bring in $8 billion by the end of the year, more than double the $3.5 billion raised in 2017.

Canada leads the world in terms of the biggest cannabis companies. And that should come as no surprise. Having been given approval by lawmakers in June, the North American country will legalise the sale of recreational marijuana from October 17 onwards, thus making it the first G7 nation to do so. Some estimates now suggest that Canada’s cannabis industry could amass $5 billion in annual sales by 2022, which highlights the potential this market possesses going forward.

Canada is home to two of the world’s three biggest publicly traded cannabis companies. The biggest of those is Canopy Growth Corporation, which recently enjoyed a whopping 63-percent annual revenue growth and commands a market capitalisation of more than $6 billion. Touted as Canada’s first cannabis “unicorn”, the company has enjoyed a meteoric rise since listing on the NYSE (New York Stock Exchange) in late May. Canopy is closely followed by Aurora Cannabis Inc., which listed on Canada’s TSX (Toronto Stock Exchange) in October 2016. Aurora’s revenue growth has even outpaced Canopy’s recently, with a 211-percent annual increase for third-quarter fiscal 2018 being recorded. As well as dry cannabis, Aurora has also obtained a license to sell cannabis oil.

But as impressive as their recent growth has been, both companies remain in loss-making mode. The most recent quarter saw Canopy post a net loss of $90.9 million. Aurora, meanwhile, notched up a $20.8 net loss for the same period. Although Canopy believes it can eliminate its losses by the end of 2018, it seems that many of the industry’s biggest players remain unprofitable. Aphria Inc., on the other hand, which is the third largest of Canada’s Big Three cannabis companies, has managed to generate a positive net income along with operating losses in recent quarters, unlike its peers.

Despite the losses, there does seem to be an increasingly positive outlook on the sector for the next few years. Indeed, Canada’s cannabis industry is receiving growing attention from international investors, with Constellation Brands, the maker of Corona, recently announcing it would be spending $4 billion to increase its ownership stake in Canopy. Having already acquired a 10-percent stake in the company last year, Constellation’s recent move propels its ownership up to 38 percent, as well as leaving open the option to purchase a majority controlling share of more than 50 percent.

Underlining the company’s bullish projections for cannabis, Constellation CEO Rob Sands acknowledged that the industry could represent “one of the most significant global growth opportunities for the next decade”. Canopy Growth’s chief executive, Bruce Linton, meanwhile, pointed to the opportunity that’s now available to Constellation of potentially being the first company to market with a cannabis-based drink, a product that seems to have attracted growing interest.

Cannabis stocks also received a major shot in the arm at the end of August after reports that beer and spirits giant Diageo was in discussions with Canadian marijuana producers. Bloomberg Television reported that the UK spirits maker is in talks with at least three producers over a possible investment or alliance to make cannabis-infused beverages. And along with Diageo and Constellation, there is also Molson Coors Brewing Company, which is commencing a joint venture with Hydropothecary Corporation to develop cannabis drinks in Canada.

But it’s not all plain sailing for cannabis stocks. As the market has matured, there have undoubtedly been major bumps in the road. Mid-August, for instance, saw the Ontario government announce that it would delay the start of recreational marijuana sales in the province from October to next April, and would allow private retailers to sell cannabis, thus abandoning previous plans for government-run stores. In a note to investors, Canaccord Genuity observed that a shift to a private-sector model “will likely further complicate an already challenging process and result in a slower ramp for rec sales in Ontario”. The news was immediately accompanied by a nosedive in cannabis stocks. That said, some stocks rallied after the province announced supply agreements with 26 licensed producers, as a precursor for recreational legalization of the substance in the autumn.

All eyes will now be on the United States and its path towards legalization. But while individual states such as California and Colorado permit the recreational use of marijuana, it remains a federal crime to both possess and/or buy marijuana. Nonetheless, there is growing expectation that things will change in the not-too-distant future. President Donald Trump has said that he would “probably” back marijuana-friendly legislation, after being asked whether he would support a bill that would prevent the federal government from encroaching on individual states’ efforts to regulate the plant. However, this would fly in the face of the views previously put forward by Trump’s attorney general, Jeff Sessions, who rescinded previous rules that instructed federal authorities to take a more laissez-faire approach to states that voted to legalise cannabis.

At the very least, it seems the US is moving ahead with opening the cannabis industry to mainstream pharmacies and medical practitioners after the Food and Drug Administration approved the cannabis-derived drug Epidiolex, allowing doctors to prescribe it. Nevertheless, the uncertainty to date has kept many cannabis companies in “wait and see” mode. But Canopy Growth has reportedly stated that it will be able to “move ahead” into the US if legislation were in place preventing the federal government from interfering with state cannabis policies.