Top Posts
How Gamification is Catapulting Digital Banking to the Next Level
Challenges Remain, But There Are Opportunities to Be Had in...
Interview with Mr. Olukayode Pitan, Chief Executive Officer and Managing...
Commodities Outlook for 2023
The Value of Cash in a Time of Crisis: How...
The US-Africa Leaders Summit: Fostering a Closer Relationship with the...
Home Brokerage Why Robo-Advisors Are Struggling to Break Even
Brokerage

Why Robo-Advisors Are Struggling to Break Even 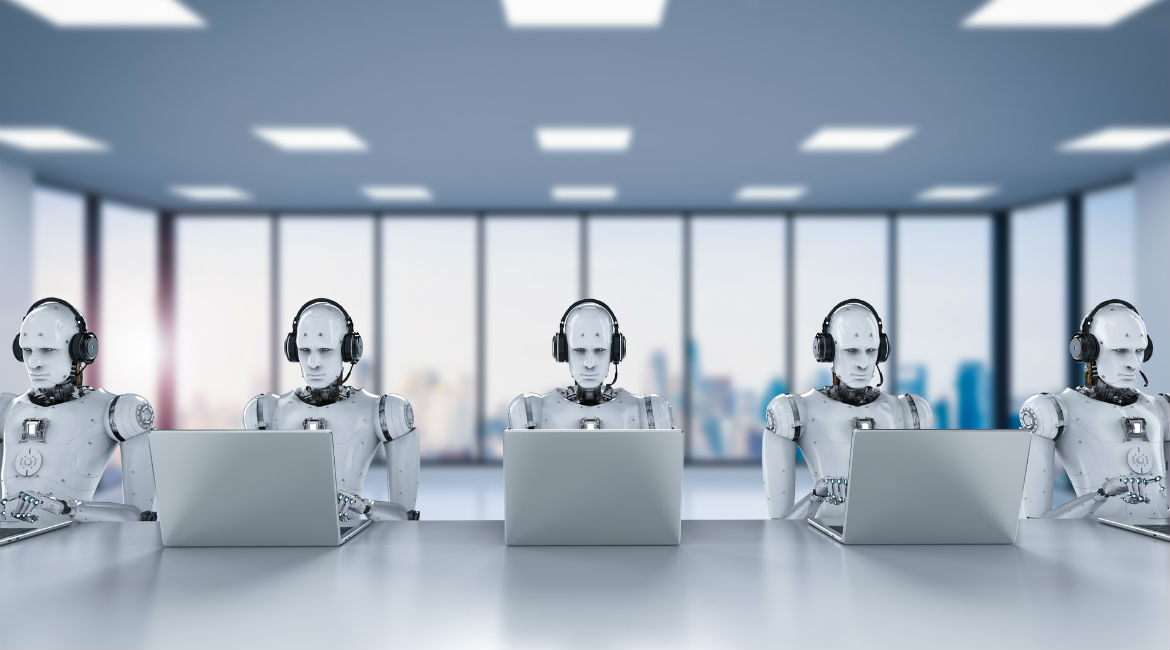 Asset management has undergone some profound structural changes over the last few years, not least with the emergence of robo-advisors. But digging a little deeper reveals fundamental financial problems at the heart of the robo business model. In March, HSBC released a comprehensive report on the wealth-management industry, but its findings on the robo-advisory sector were particularly eye-catching. The UK banking giant found that most robo-advisors are not managing nearly enough assets in order to break even.

On the basis of a 0.25-percent fee, a robo-advisor operating in North America would require between $11.3 billion and $21.5 billion of assets under management (AUM) to avoid making losses, something that only the biggest players in the market—Betterment ($14.1 billion) and Wealthfront ($11.5 billion)—are currently managing. This means that the majority of popular robo-advisors in the region are set to stay in the red. That includes the likes of Acorns, Stash and SigFig, each of which manages less than $2 billion, the report notes.Over in Europe, meanwhile, where the assumed fee is slightly higher at 0.45 percent, the break-even figure falls to between $3.5 billion and $5.3 billion of managed assets, according to the report.

Robo-advisory came to prominence in the wake of the global financial crisis at the end of the last decade. This automated wealth-management service uses computer algorithms to create personalised investment portfolios based on customers’ individual preferences. The process invariably involves signing up to a robo-advisory service and completing a short questionnaire to determine investment and risk preferences, before the robo feeds this information into an algorithm; the customer ends up with a diversified investment portfolio that’s tailored to his or her preferences. As such, robos continue to offer a simpler, more efficient and more cost-effective way for investors to manage their finances vis-à-vis traditional investment advisors.

But such perks for the investor now seem to have transpired at the expense of the robo-advisor’s financial sustainability. Take Nutmeg as an example. The United Kingdom’s biggest robo-advisor in terms of managed assets—now around £1.5 billion (having passed the £1-billion mark in November, after being at just £600 million at the beginning of 2018)—was founded in 2011. But still it remains unable to make a profit, despite currently having more than 50,000 customers. Nutmeg reported in October that its 2017 losses surged by almost 32 percent to £12.4 million. Although revenues increased by 76.9 percent from £2.6 million to £4.6 million during the year, operating expenses also swelled by 42 percent to £16.9 million, and total wage costs rose from £5.3 million to £6.6 million due to the increased headcount within the company.

The HSBC report attributes the struggle of robos to two main factors—low fees being charged and the small average size of portfolios. Given that robo-advisory emerged in response to high and often unjustifiable charges being levied by traditional wealth managers, the lower fees charged by robo-advisors have drastically impacted the revenues that they are capable of accumulating. It means that they must rely more heavily on boosting the volume of customers using their services.

But even simply acquiring customers is a costly endeavour. A study carried out by consumer financial-education website Boring Money found in September 2017 that robos were spending up to £500 per customer on the acquisition process. Given that new robos are relatively unknown and therefore need to build trust with potential customers, as well as build their own branding, the cost of customer acquisition is well above that of banks that have already built their reputations and have developed long-term customer relationships.

As such, robos tend to struggle to match their expensive acquisition costs with sufficient revenues from fees. According to Boring Money CEO Holly Mackay, “Newer robo-advisers have to spend more, and in some cases, the spend goes above £400. This is clearly unsustainable with revenues of less than 1 percent and average account sizes of £20,000 across the board.” And a report by research firm IRN Consultants back in 2016 found that robo-advisors may end up taking up to a decade to make a profit from their clients. IRN found that each new customer costs the robo an average of £162.50 in the first year, whilst only generating £17.50 in subsequent years.

It may prove even more difficult in today’s climate, given the greater costs a robo-advisor must bear. Indeed, Nutmeg noted that rising regulatory costs have been a major factor in preventing the company from making profits. Speaking about the preparatory requirements for the introduction of MiFID II (Markets in Financial Instruments Directive II), for instance, the company observed that “the breadth and complexity of accommodating these new rules were particularly burdensome for smaller wealth managers such as Nutmeg. Even so, Nutmeg successfully met this regulatory deadline”.

It would seem, therefore, that in order to break even, robos will need to not only continue growing their customer bases but also develop their offerings and sell more complex products. HSBC notes that some robo-advisors, such as Acorns, Betterment and M1 Finance, have expanded in this fashion to now include cash-management-type offerings. But the report remains undecided on whether robo-advisory can appeal to more sophisticated clients. “It is uncertain whether many players can emerge as credible managers for the lower end of mass affluent rather than just a low-cost advisor for Millennials.”

A June 2018 report from Morningstar, “Robo-Advisor Upgrade! Installing a Program for Profitability: Digital Advice Raises Profits for Investment Services Industry”, meanwhile, observes that new business models are helping robo-advisors to overcome their previous shortcomings. In turn, this is facilitating a more upbeat picture of the future. According to the report, “Lead-generation tools and strategic partnerships are reducing acquisition costs, while building for scale and operating leverage eventually solves service costs. Revenue-enhancement strategies underpin much of our optimism for select robo-advisors becoming profitable. Upselling to human advice, ancillary service offerings, and incorporating proprietary products in portfolios are key revenue drivers.”

That said, HSBC expects the sector to experience a wave of consolidation. “This is a crowded market, and so it is likely that the players able to gain critical scale will act as consolidators,” the report notes. “The surviving fintech players could then look to IPO or be acquired by one of the other three players.”

Are You Still With Me? Digital Communication in Banking

Keep the Taps On