Top Posts
Challenges Remain, But There Are Opportunities to Be Had in...
Interview with Mr. Olukayode Pitan, Chief Executive Officer and Managing...
Commodities Outlook for 2023
The Value of Cash in a Time of Crisis: How...
The US-Africa Leaders Summit: Fostering a Closer Relationship with the...
Three Key Sectors in Which to Invest in 2023
Home Finance 2019 Must Be a New Chapter, Not the End of the Story, for Achieving Capital Markets Union
Finance 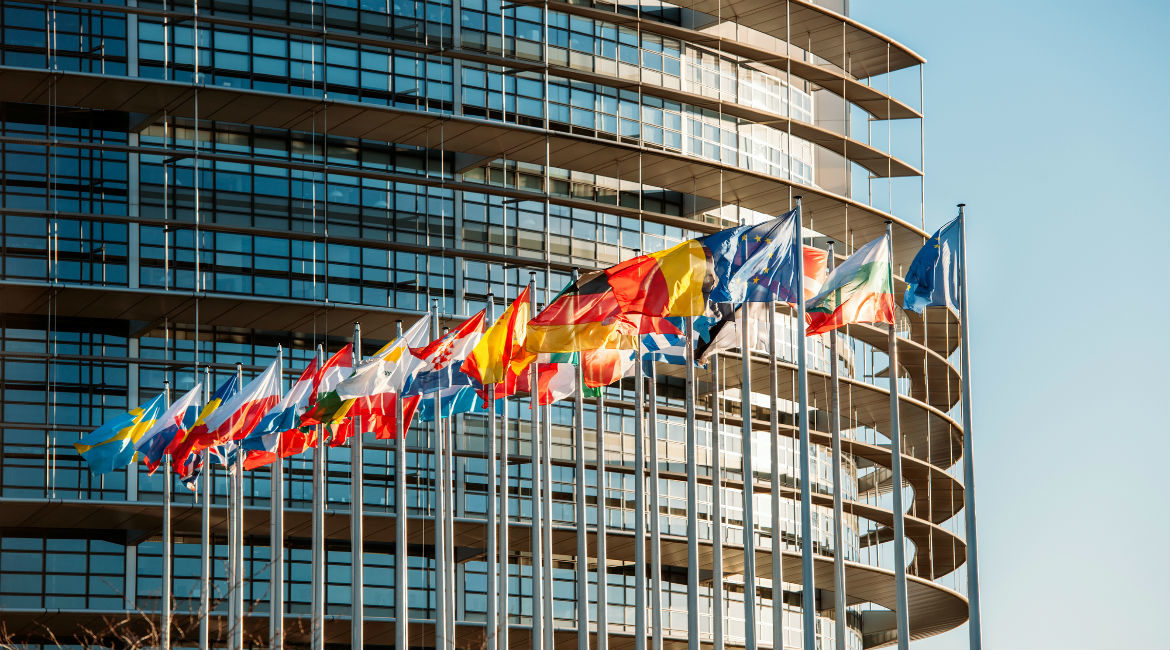 By Simon Lewis, Chief Executive of the Association for Financial Markets in Europe (AFME)

It is now more than three years since the European Commission (EC) unveiled its Capital Markets Union (CMU) Action Plan. The flagship initiative was launched with the aim of boosting European economic growth by creating deeper, more diversified and better joined-up capital markets as well as removing barriers to cross-border investment and business development.

Much has changed during those three years, but the fundamental insight underpinning CMU—that in order for businesses to grow and create jobs, they need to be able to easily access capital and attract investment from across Europe—remains just as true now as it was in 2015.

With a myriad of challenges currently facing Europe’s capital markets, such as Brexit, global competition and political uncertainty, it could be relatively easy for CMU to be pushed to the side of the agenda when it is in fact more vital now than it has ever been. On Brexit in particular, the prospect of the European Union’s (EU’s) largest financial centre leaving the EU demonstrates the clear need for the EU27 to enhance and integrate its capital-markets capacity and boost its infrastructure.

When it launched its CMU Action Plan, the European Commission set itself the deadline of October 2019 (the end of its legislative term) to put in place the key building blocks of the CMU. With less than a year left until that deadline, the initiative is at a defining moment. While there have been some steps towards achieving the CMU’s objectives, such as the introduction of a new framework for simple, transparent and sustainable securitisation, reforms of the prospectus regulation and the promotion of SME (small and medium-sized enterprises) growth markets in order to facilitate SME listings on public markets, there is still much more to be done. Valdis Dombrovskis, Vice President of the European Commission, spoke earlier this year of the “intensive work” still required to ensure those key building blocks would be in place by the end of October. It is clear that for CMU to be a success, 2019 cannot be viewed as the end of the story. Now is the time to reinvigorate the CMU with a renewed sense of purpose and a clear vision for the future.

Progress is being made

Those who push the project forward will have the benefit of building on the strong foundations and progress that has already been made. For instance, AFME’s own research shows that there have already been encouraging improvements in the availability of pools of capital for investment. In the last five years, the total amount of EU household savings invested in capital-markets assets (such as life insurance and pension funds) has increased from 114 percent of gross domestic product (GDP) to 118 percent of GDP. This robust pool of savings is fundamental to support job creation and economic growth in the EU.

And the amount of risk capital invested into SMEs in the form of venture capital, private equity, business angel investment and equity crowdfunding has also more than doubled from €10.6 billion in 2013 to €22.7 billion in 2017, enabling them to scale up and innovate.

There are a number of outstanding areas that CMU could target, which could significantly boost the effectiveness of Europe’s capital markets.

For example, as part of the aims of the CMU and in view of the increasing retirement-savings gap, member states need to encourage households to invest more savings in productive assets (in the form of equity, for instance, through private pension funds). Currently, EU households have high levels of savings, but they prefer to accumulate these in conservative cash products or bank deposits. As a result, the stock of EU household savings held in capital-markets instruments is only 1.18 times GDP, compared with 2.9 times the annual GDP in the United States.

The CMU could help EU households use their savings more productively. This would mean European policymakers providing incentives for retail investors to save for retirement. Initiatives such as a Pan-European Personal Pension Product (PEPP) would significantly help European integration in this area, and member states could encourage the take-up of PEPPs through appropriate tax incentives and consistent application in line with other member states.

Another example would be improving the functioning of EU insolvency frameworks. Europe’s conflicting insolvency rules create uncertainty among investors, discourage cross-border investment and delay the restructuring of companies facing financial difficulty. Ironing out these inconsistencies among member states would give failing businesses a better chance to bounce back and deliver growth to the real economy. At the moment, however, an important directive on preventive restructuring and second chance is still under negotiation by the Council and the European Parliament. As part of the CMU’s objectives, decisions need to be reached as soon as possible, and the clock is ticking.

Corporate bond markets also play a key role in giving businesses alternative sources of finance and investors more investment opportunities, and there is significant potential for them to upscale. At present, European corporate bond markets are about one-third of the size of those in the US (10 percent of GDP in Europe in 2017 vs. 31 percent GDP in the US). In November 2017, the European Commission’s Expert Group on Corporate Bonds published 22 recommendations to enhance the functioning of European corporate bond markets. We would like to see policymakers propose reforms and actions off the back of these recommendations.

Imagining CMU for the future

The decision of the United Kingdom to leave the European Union has fundamentally shifted the context of the initial CMU launched in 2015. As we enter its next phase, policymakers should take stock of this new environment, the work done so far and the scope for further progress. It will be vital to develop policy measures that balance market resiliency, market integrity and appropriate supervision with keeping Europe’s capital markets sufficiently open and competitive in order to grow their capacity, boost the stimulation of investment, reduce reliance on banks and create jobs.

In addition, for CMU to remain current, it must also take into account the growing impact of developing areas of finance, such as fintech and sustainable finance, and we are supportive of the actions already outlined in the European Commission’s Sustainable Finance and Fintech Action Plans, published in May 2018.

Fintech is a fast-developing area, and if the EU is to truly unlock the potential of fintech to transform Europe’s capital markets, it must be global in its ambitions and coordinate with regulators across the world to create the right environment to support innovation.

Europe has already made a promising start at becoming a global leader in sustainable finance. The EU has a vital role in supporting the nascent sector to continue to grow. In particular, its plans to create a sustainable-finance taxonomy is a vital first step to provide clarity on which activities can be considered “sustainable” before kick-starting further developments.

Support needed at the member-state level

These are just a few areas that could form part of the CMU agenda into the future, but there are many more areas in which reform and better collaboration working across the EU could boost the capacity of Europe’s capital markets. It is clear that the CMU agenda for post-2019 must be bold, ambitious and far-reaching. Tackling such complex issues will require long-term political commitment and momentum to drive through the scale of the change that is needed.

The EC must continue to play a key role, but it is also down to individual members states, too, to get behind CMU and make necessary changes at a national level. At present, there are significant variations between different countries in terms of how well developed their capital markets are. Addressing such differences and fragmentation will benefit both individual member states and the EU as whole.

Whatever the political landscape is next year, post-Brexit and following the European parliamentary elections, one thing is absolutely clear—CMU must continue to be a priority in order for companies, investors and savers to thrive across Europe.

Why Data Is the New Commodity in the Global Economy

SSA Banks Have Become So Risk-Averse, Thanks to the Actions of Their Governments