Top Posts
Interview with Mr. Olukayode Pitan, Chief Executive Officer and Managing...
Commodities Outlook for 2023
The Value of Cash in a Time of Crisis: How...
The US-Africa Leaders Summit: Fostering a Closer Relationship with the...
Three Key Sectors in Which to Invest in 2023
Three Key Stocks in Which to Invest in 2023
Home Finance 40 Years of US-China Relations Have Been Good for the US
Finance 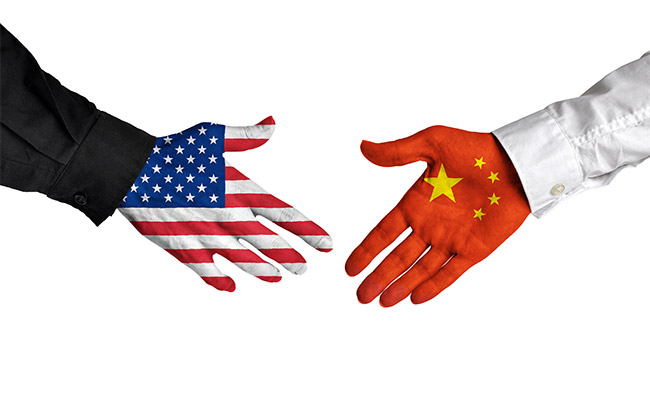 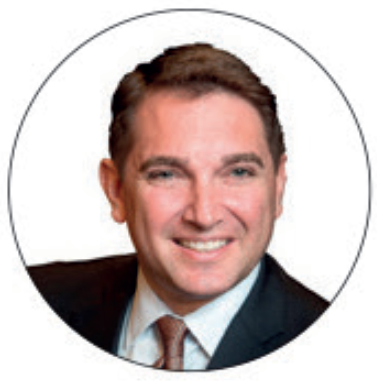 Since the normalization of diplomatic relations between the United States and China four decades ago, both countries have mutually benefited from a symbiotic economic relationship. Both countries have maximized their growth by developing complementary economies, benefiting from their relative competitive advantages. Fair and open trade has been, and continues to be, good for the US and the world, and we should resist the clamoring for a fundamental decoupling of the world’s two largest economies. Instead, both countries should acknowledge the importance of this relationship and work together to strike a balance between national security interests and creating a prosperous global economy.

The US’ and China’s respective roles in their trade relationship has defined and facilitated the manner of their growth. US growth has largely been driven by consumption and the provision of services, while China became the world’s “factory” due to its large pool of relatively inexpensive labor and competitive corporate-tax incentives. (From 1978 to 2019, China’s total imports and exports of goods increased 223-fold[i]. In the US, GDP [gross domestic product], per capita GDP and real disposable income increased over that same period by more than 90 percent, 180 percent and 210 percent[ii], respectively. Today, US per capita GDP remains more than six times that of China, $65,000 versus $10,000[iii].)

China gradually has moved away from more labor-intensive industries towards exporting motors, electrical equipment, mechanical appliances and parts, and furniture, which now account for 53.5 percent[iv] of its total exports as compared with 42.3 percen[v] in 2000 and 7.7 percent[v] in 1980. This shift occurred as China upgraded its industrial infrastructure driven by market demand from the US. The US understandably made a conscious policy decision to cede the lower end of the production scale to invest more resources into research and development, innovation and management. Those investments allowed the US to solidify its position in the high-end manufacturing and technology industries, in which it still ranks first in the world.

This environment allowed the United States to benefit from China’s role as the world’s “factory” by maintaining low inflation, reducing production costs and promoting industrial upgrades. American companies also recognized that China’s consumer market represents their greatest opportunity for growth, both because of its sheer size and its capacity for investment and spending. On top of this, China has emerged as one of the largest importers of US agricultural produce and was America’s fourth-largest agricultural-export market in 2018, according to the Office of the United States Trade Representative[vi]. In return, China recognizes the importance of investing in American companies, which in turn supports US jobs, export growth, the domestic service industry and local communities.

By the end of 2018, Chinese enterprises totaled $63.3 billion[vii] in non-financial direct investment in the United States, accounting for 3.7 percent of China’s total non-financial investment overseas. While China’s investments in the United States are not insignificant, they also should not raise concerns about the country’s influence in the US, especially when considering the much larger volume of investments from Japan and the European Union. Chinese investments in American companies should be valued, not always seen as security risks, especially given the thorough national-security review mechanisms already in place and the close interconnection of their trade networks. Furthermore, as China continues to open its debt and equity markets to more foreign investment, the United States and US businesses are well-positioned to expand on investments in the country and their stakes in its economic success.

While the US may want to bring some manufacturing back from overseas, the blunt severing of trade ties via executive orders is shortsighted and self-defeating. It also is not in the interest of American consumers or businesses, as China has comparative advantages in terms of cost of labor, transportation and infrastructure. That is in addition to a massive domestic market for goods produced by American companies. Plus, it is not assured that manufacturing will return to the United States, and consumers are not necessarily prepared to pay a premium for products made in the US, particularly in light of the current economic crisis.

When the United States and China are at odds, they both lose out on opportunities to expand their respective economies and turn over those chances at growth to other countries looking to get ahead. Moreover, the deterioration of ties binding both countries jeopardizes the economic and cultural exchanges that have built bridges over the past 42 years.

The struggles of US companies from the recent “trade war” exemplify the level of interdependence between both economies. According to a recent study by the Federal Reserve Bank of New York[viii], the US-China trade war lowered the market cap of US-listed companies by $1.7 trillion. Contrary to political claims that “China will pay for the tariffs”, the study showed that US companies bore almost all of the cost of higher US import duties, while China’s countermeasures led to a decline in profitability for American companies exporting to China.

US consumers have benefited from trade between both countries and will be the biggest losers of a reactionary trade policy. The 2019 State Export Report[ix] released by the US-China Business Council states that exports to China have supported more than 1.1 million American jobs over the past decade. The symbiotic trade relationship has also made a vast array of consumer goods available to many Americans, and we have already seen how a trade war makes those goods more expensive.

The results of this interdependence can also be seen in recent reforms in international monetary policy, bilateral trade negotiations and climate-change initiatives, such as the three US-China Joint Presidential Statements on Climate Change signed in 2014, 2015 and 2016. The United States and China have conducted fruitful cooperation in virtually every industry, and their cooperation has been especially important during times of global financial strain. For example, at the 2008 G20 summit in the darkest days of the financial crisis, both countries strongly supported the adoption of a coordinated fiscal-stimulus package. They also played important roles in the management reform and capital restructuring of the International Monetary Fund (IMF).

Despite occasional challenges, the past four decades have been the most stable period in history for US-China relations and have benefited the United States more than any other bilateral relationship in American history.

While there have been some concerns voiced about the interconnection of both economies, it should be noted that the US has safeguards in place (such as CFIUS [Committee on Foreign Investment in the United States], FIRRMA [Foreign Investment Risk Review Modernization Act of 2018]) to ensure national security interests and to maintain balance in the economic relationship. While there can be tenuous points of competition and political disputes between the US and China, economic interdependence has proven to foster diplomatic cooperation, which, in turn, allows for further economic integration.

Evidence of this cooperation can be found in the “Phase 1” trade agreement, which proves both countries still have the ability to be effective partners. In that agreement, they reached an important consensus on expanding the scale of trade, relaxing market barriers, protecting intellectual property rights and establishing bilateral assessments and dispute-settlement solutions. It is more than just a trade agreement; it is a renewed commitment from both countries that they can achieve more through cooperation than conflict.

The COVID-19 pandemic is the latest and possibly most vital friction point between the United States and China. However, aggravating these tensions for political gain will not speed up medical or economic recovery. Instead, this crisis should be recognized as a significant opportunity for mutual cooperation in order to find the solution to a global problem. The world needs a coordinated effort in order to avoid more deaths and full-scale economic tumult. We are uniquely ready for this moment because of the existing interdependence inherent in the US-China relationship, so long as we commit to maintaining mutually beneficial policies and focus on the broader long-term interests of our countries, instead of seeking out and magnifying shortcomings.

The world’s fight against this pandemic cannot succeed without cooperation between both countries—just as the fights against climate change, poverty and instability cannot succeed without such collaboration. As leading members of the international community and the two largest economies in the world, the United States and China must seek out areas of compromise to preserve their own national security interests but still commit to a joint response that ensures prosperity and sustainable human development for all. These turbulent times have revealed the need for cooperation more than ever before; the alternative will be far too costly.

Peter Reisman trained as a lawyer, graduating from Columbia Law School, spent six years working in the Israeli Government, and is now Managing Director and Chief Communications Officer at Bank of China USA. He also serves as the Co-Chair of the Government and Public Relations Committee for the China General Chamber of Commerce-USA. All the views expressed in this article are those of the author.