Top Posts
Global Military Spending Hits a Record High
Could Big Tech’s Iron Grip on Digital Advertising Soon Come...
Can Recent Oil Discoveries Prove to be a Boon for...
Is It Time to Explore an Alternative to Fractional-Reserve Banking?
Can AgTech Prove Instrumental in Helping to Feed the World’s...
Can the Indo-Pacific Economic Framework Expand US Economic Influence in...
Home Finance A Closer Look at Venezuela’s “Petro”
Finance

A Closer Look at Venezuela’s “Petro” 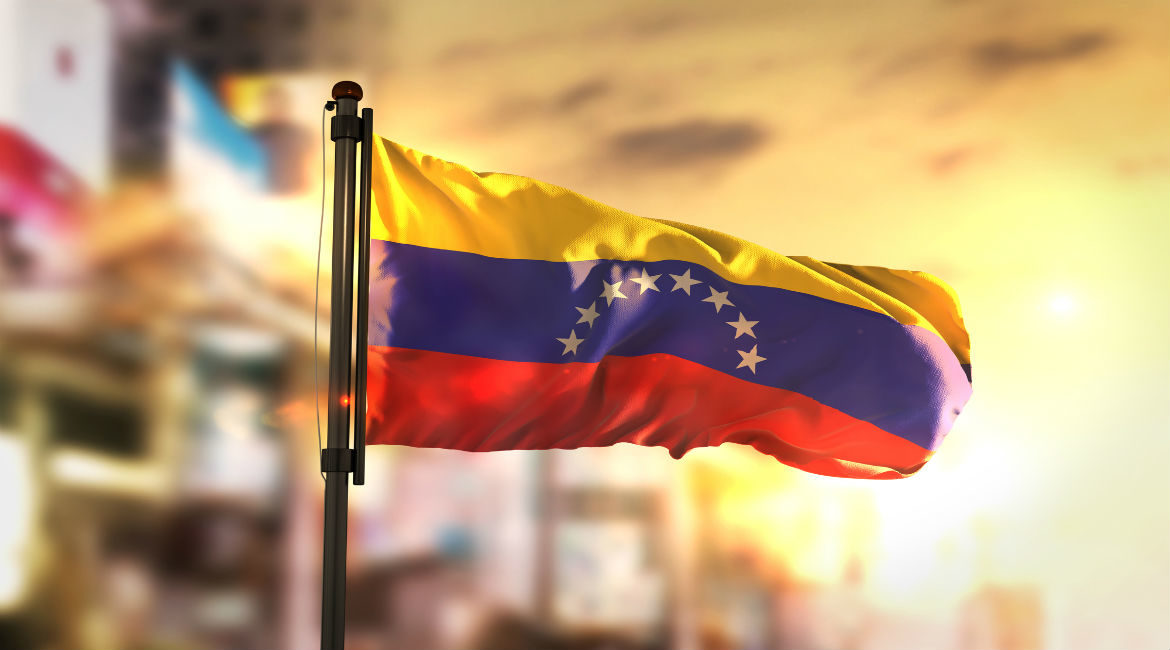 “The 21st century has arrived.” This was the assessment from Venezuelan President Nicolás Maduro in early December, as he officially announced his campaign to launch a national cryptocurrency. The petro (PTR), according to Maduro, will help Venezuela to “advance in issues of monetary sovereignty, to make financial transactions and overcome the financial blockade”. As such, the digital currency is being widely perceived as a way for Venezuela to get around the economic sanctions that have been imposed by the United States and the European Union.

It is no overstatement to assert that Venezuela is undergoing a full-blown economic crisis at present. The International Monetary Fund (IMF) sees inflation in the oil-rich nation skyrocketing to 13,000 percent this year, underlining the extent to which the hyperinflation being experienced is now entirely out of control. 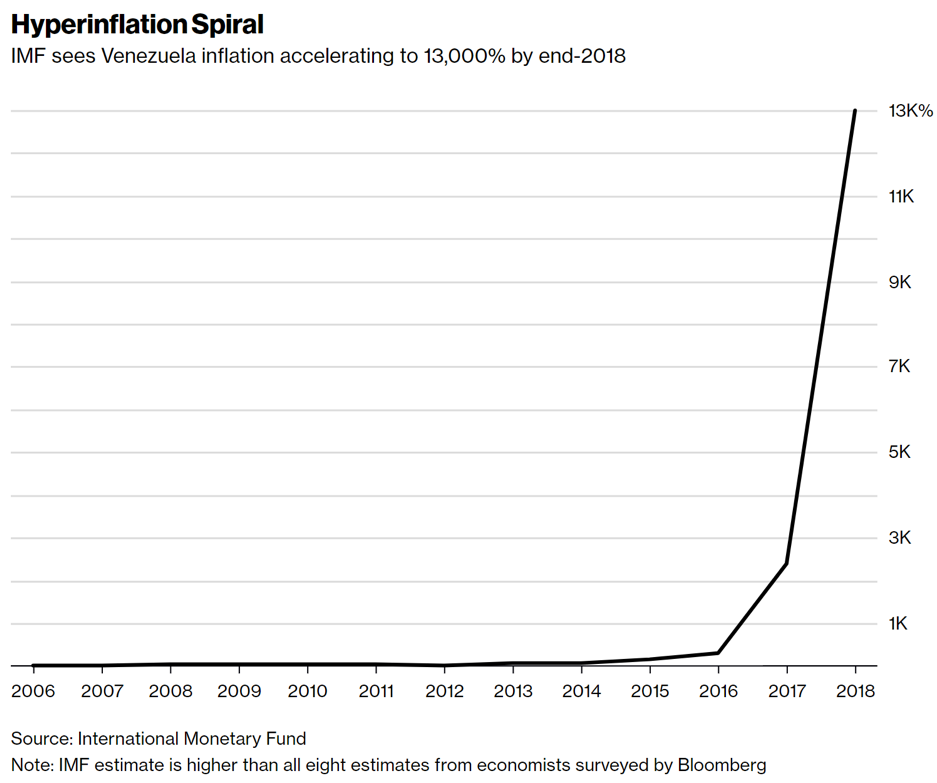 The IMF also forecasts a 15-percent contraction in gross domestic product (GDP), meaning that by the end of 2018, Venezuela’s economy will have cumulatively shrunk by 50 percent since 2013. Furthermore, the Venezuelan bolívar has lost 99.99 percent of its value over the past six years; more than a million citizens have already fled the nation and have shown up as refugees in neighbouring countries; much of the population is now starving, and hospitals have run out of medicine. Combined with the continuation of low oil prices, it all makes for a rather sobering picture—but can the petro cryptocurrency provide a solution to the beleaguered South American nation, if there is one?

Maduro has said that the currency will be backed by Venezuela’s wealth in natural resources, specifically the country’s oil, gold and diamond reserves, but it would appear that oil will make up the bulk of the underlying assets, with the president having already stated that the cryptocurrency will be supported by crude oil from the Ayacucho oil field No. 1 in the Orinoco Petroleum Belt, which reportedly contains reserves in the region of five billion barrels of oil. According to Maduro, “Every single petro will be backed by a barrel of oil.… We will set up a special team of cryptocurrency specialists so they will be engaged in mining in all states and municipalities of our country.” Arco Minero gold deposits from the Orinoco Belt and diamond deposits will also be utilised, Maduro has promised.

The project’s white paper, which is distinctly light on detail, briefly outlines the fundraising model that will be employed, one that has already kicked off with a pre-sale that began on February 20. The government expects a total of $5 billion to be raised by the end of the crowd-funding period, which, if achieved, would make it the biggest token-generation event of all time. Indeed, such a target would approximately equal the total value of funds that were raised from all such initial-coin-offering (ICO) events that were held in 2017. And so far, the government seems to have been successful in its fundraising endeavours—by February 22, it was claiming that its pre-sale had managed to raise a whopping $735 million, thus easily outperforming every other cryptocurrency ICO until that date (although it has since been outperformed by the pre-sale of popular messaging app Telegram).

It is clear that the launch of the petro is at least partially motivated by the opportunity to receive funds quickly from around the world in a similar fashion to other blockchain-based ICOs of the recent past. While the companies involved are ostensibly using such funds to support further development of their blockchain projects, however, it would seem that Venezuela is using its token sales as a way to service its foreign debt, as well as to pay for imports. Venezuela’s tax and revenue authority SENIAT (Servicio Nacional Integrado de Administración Aduanera y Tributaria) has also stated that residents can use the petro to pay their tax liabilities, as well as “duties, fees, contributions and public services”. However, unlike other cryptocurrencies that utilise blockchain technology to ensure no one centralised entity has the power to influence outcomes for nefarious purposes, it is unclear at this stage just how much influence the Venezuelan government will ultimately wield over the petro.

A recent report from Reuters suggests that the Venezuelan government will start auctioning the petro to private companies via its Dicom foreign-exchange platform in a few weeks. But whether the petro actually makes it into circulation is not exactly set in stone either. Venezuelan lawmakers have already come out in opposition to the digital currency, deriding it as both unconstitutional and a potential threat to investors, as well as describing the currency as nothing more than a “forward sale of Venezuelan oil”. The National Assembly, a body that has been largely set up in opposition to the Maduro administration, has “declared null the issue of the petro (PTR) and all the obligations emanating from its circulation, considering it a violation of the Magna Carta and the laws”; while Representative Rafael Guzman, who is a senior member of the organisation, has stated, “This deepens the crisis that we are living in. The PTR is another [example] of corruption, and we will come out of this crisis with measures that we have announced from this Parliament.”

That said, just how much power the National Assembly has these days is questionable. Maduro has created a new legislative body called the Constituent Assembly, which is composed almost entirely of government supporters and which has been given far-reaching authority to rewrite the Venezuelan Constitution and write and pass legislation. As such, there may well be little that the National Assembly can ultimately do to prevent the distribution of the petro, although its members have vowed to nullify the project as soon as Maduro is no longer in charge. With elections slated for May of this year, they may not have to wait very long.

Outside of Venezuela, moreover, is the issue of US sanctions on the country, which should raise concern among potential investors concerned about the legality of participating in petro ownership. The US Department of the Treasury has already warned that the petro may violate sanctions and thus pose a legal risk to investors, having recently stated that the digital currency “would appear to be an extension of credit to the Venezuelan government … (and) could therefore expose US persons to legal risk”. President Donald Trump signed an executive order that prevents US citizens from dealing with any “new debt” issued by Venezuela with a maturity of more than 30 days. Such new debt would include extensions of credit, which according to the Treasury’s Office of Foreign Assets Control, would in turn include the petro. A Treasury spokesman has also described the project as “another attempt to prop up the Maduro regime, while further looting the resources of the Venezuelan people”; while US Senator Robert Menéndez has suggested that the US might take further measures against the petro. As such, any firm that has connections to the US financial system—including cryptocurrency exchanges—is unlikely to be willing to expose themselves to the sanctions risk associated with petros.

And as far as relief from the ongoing economic disaster being experienced in the country, it remains to be seen just how the petro can trigger a recovery. Although the petro may hypothetically enable Venezuela to reduce its dependency on dollar-denominated business, ordinary Venezuelans themselves are unable to purchase petros with Venezuelan bolívars. As recently observed by the Peterson Institute for International Economics, “Since the bolívar will not be backed by the petro, there is nothing to support the government’s claim that the introduction of its digital currency would stabilize the value of Venezuela’s fiat currency.” The Institute’s authors Monica de Bolle and Martin Chorzempa also assert that the country’s hyperinflation is the result of “fiscal and monetary disarray, coupled with a complete breakdown of trust in the government’s ability to manage the economy”, and as such cannot simply be alleviated by the introduction of a cryptocurrency. Instead, they expect that the petro is likely to be “a highly speculative investment if it is in fact issued”.

What’s more, questions remain as to what precisely the “oil-backing” of the petro actually entails. According to government decree, a petro-holder “will be able to realise a market-value exchange of the crypto-asset for the equivalent in another cryptocurrency or in bolívares at the market exchange rate published by the national crypto-asset exchange”. But it does not provide for the exchange of petros for actual oil. There are only vague promises that the resources backing each petro are equivalent to a barrel of oil or “other commodities the nation decides”. As such, only exchanges between the petro and the bolívar, or between the petro and other cryptocurrencies, are permitted, meaning that any backing being provided by oil or any other natural resource seems dubious. And given the massive divergence between the official exchange rate and the market rate, one wonders what rate investors will receive from the exchange.

According to the funding model, 100 million PTR tokens will be created, while the price of one PTR has been provisionally fixed at $60, which represents the price of a barrel of oil. Of those tokens, 38.4 percent have already been sold in the pre-sale, while a further 44 percent will be made available in the public token sale, which is scheduled to begin on March 20.

Monetary Policy Dilemma in Latin America and the Caribbean: To Raise or Not to Raise Policy Interest Rates