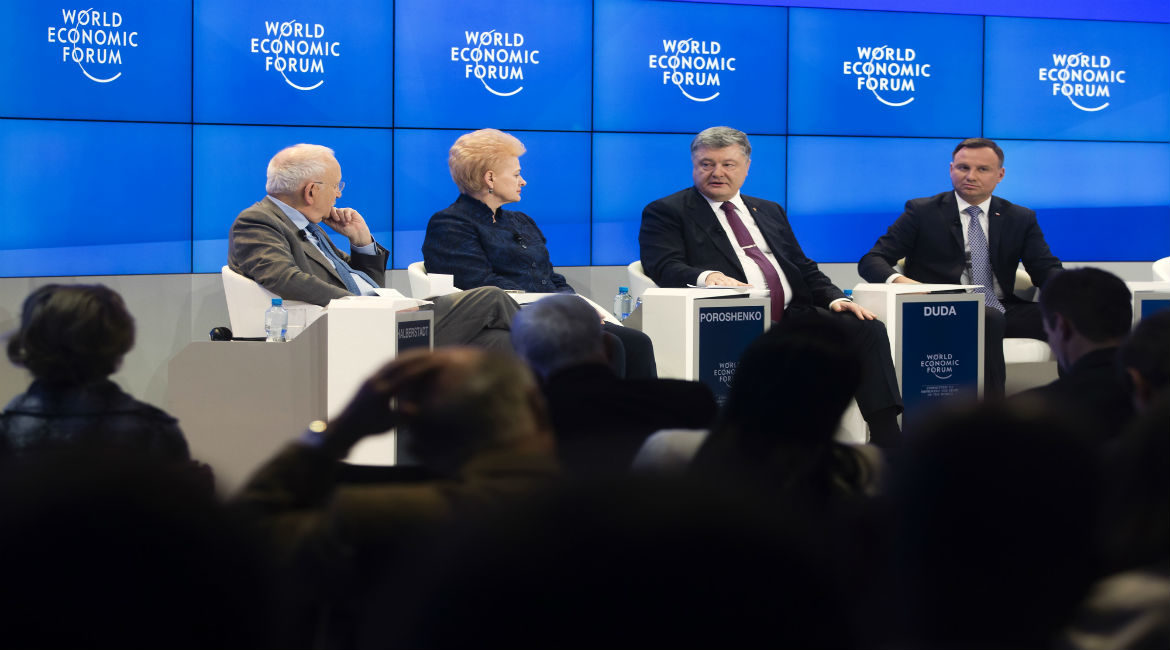 As political leaders joined business leaders from around the world at the 48th annual meeting of the world economic forum in Davos, the discussions offered great insight and an opportunity to debate some of the key themes facing financial services as it intersects with technology.

I attended my first World Economic Forum at Davos when I was 33 years old. My overarching memory is how much the event surprised me. I couldn’t believe that the Forum, and founder Klaus Schwab, could bring so many influential and inspiring people together in one place to discuss topics of such huge global economic importance.

The event, despite impressions of elitism, is built around improving society: increased transparency, responsible business and a stronger international economic system.

On the opening day of this year’s Forum, Tuesday, Christine Lagarde hosted a panel titled Creating a Shared Future in a Fractured World – the theme of this year’s Forum. At the beginning of the panel, Christine introduced the session with a quote and an ask of the panelists to focus on constructive, practical solutions: “There is a crack in everything, and that’s how the light gets in”. Those words set the scene perfectly for the week, as we discussed the opportunities technology presents financial services.

Tuesday evening’s main event was the Global FinTech Nightcap, co-hosted with Infosys, Bradesco and Emirates NBD.  Speaking with esteemed leadership teams from many great organizations, including banks, I was encouraged to hear of continued evidence that innovation is changing industries exponentially, particularly across financial services. The traditional institutions are increasingly reimagining themselves and delivering truly enabling services, outside the traditional parameters. Kim Hammonds, Group Chief Operating Officer of Deutsche Bank, told me of recent successes in laying foundations for a new era of technology, moving to private clouds and creating developer friendly environments for ‘innovation by implementation’.

Other key trends that are transforming the financial services industry as we know it that were discussed included data, cryptocurrencies and systemic risk. The use and ownership of data was discussed frequently, amidst the backdrop of Open Banking, PSD2 and General Data Protection Regulation in financial services. IBM’s Ginni Rometty said she wants to see greater transparency in technology, a set of principles for data and workers prepared for the future of work – we need to get the frameworks right at the beginning and collaboration will be essential. The need for interdisciplinary collaboration between technologists, business leaders, social scientists, economists and policy-makers is going to be vital if consumers are to be protected.

Cryptocurrencies and blockchain were other hot topics discussed during the Forum, and attracted the typical polar perspectives, both as vocal as each other. Speaking to CNBC, one asset manager CEO & Chairman said that cryptocurrencies were like an ‘index of money laundering than anything more than that’, while Richard Crook, Head of Emerging Technology at Royal Bank of Scotland, said the adoption of blockchain could effectively change the banking business model.

Systemic risk remains an important thread of the debate on banking technology, underpinning many conversations in the financial services related forums. Anne Richards of M&G Investments said during a brilliant panel that many of the innovators established in the last decade haven’t been tested through a default cycle yet. As a good friend of mine often says – ‘correlation creates winners AND losers!’

Despite the political jousting around globalization, the near-term outlook for global growth is strong and there was a great sense of optimism in the air, driven less by consumption this cycle and more by business investment – something I spoke with many delegates about throughout the week. Many of the business leaders refocused some of the economic onus on our political leaders, talking about the need to proactively address the workforce displacement, impacted by technology, specifically automation and AI – particularly true in financial services. With the labor market underpinning such a large portion of global GDP, we can expect interesting movements in how this area of economic policy is interpreted, discussed, and acted on – by both the private and public sectors.

One year on from President Xi Jinping’s address in Davos, China is playing a robust role in international affairs, from economic development to the environment. The world can learn much from China’s fast paced financial technology sector, and it was encouraging, speaking to firms such as JD Finance, that global knowledge transfer between economies and markets remains a high priority for the industry, and will further catalyze the endless future of service scope for financial institutions.

As ever, Jack Ma’s philosophy was warmly received. The Alibaba founder and Chairman said, “New technology will create a lot of successful people, interesting careers but honestly every new technology will create social problems… If we don’t align together, human beings are going to fight each other, because each technology revolution makes the world unbalanced… To gain success a person will need high EQ; if you don’t want to lose quickly you will need a high IQ, and if you want to be respected you need high LQ – the IQ of love.”

Whilst economic theory and output was discussed at great length throughout the Forum, for me one of the most insightful and positive shifts from previous years was the momentum behind gender equality. Jack Ma nicely summarized his Davos speech by telling the audience that if you want your company to be successful, and to operate with wisdom and care, then women are the best colleagues you can possibly have.

This position was enforced by many participants and it was extremely encouraging to see the positive reaction when Dame Inga Beale, Lloyds of London CEO, said she would not participate in future panel discussions unless there is greater gender balance. She also made the point that we need to work together to successfully make a difference to gender equality. Something I look forward to supporting through 2018 and next year at the 49th World Economic Forum.

The Era of Open Banking Has Begun