Top Posts
Challenges Remain, But There Are Opportunities to Be Had in...
Interview with Mr. Olukayode Pitan, Chief Executive Officer and Managing...
Commodities Outlook for 2023
The Value of Cash in a Time of Crisis: How...
The US-Africa Leaders Summit: Fostering a Closer Relationship with the...
Three Key Sectors in Which to Invest in 2023
Home Finance Accounting for Israel’s Economic Boom
Finance 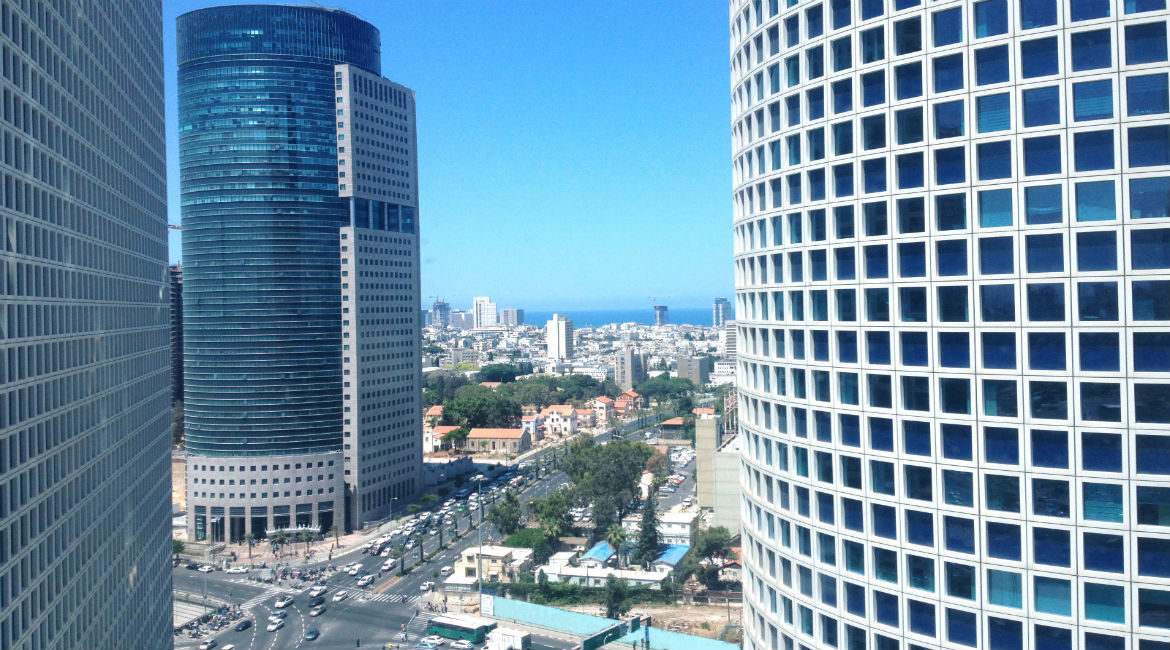 “The Israeli economy has grown faster and more consistently than nearly any other in the OECD for the past 15 years.” This was the assessment of OECD (Organisation for Economic Co-operation and Development)Acting Chief Economist Alvaro Pereira following the release of the 35-member intergovernmental organisation’s 2018 Economic Survey for the country.

Indeed, when one looks at Israel’s economic performance over the last 15 years, it is difficult to argue with the OECD’s findings: 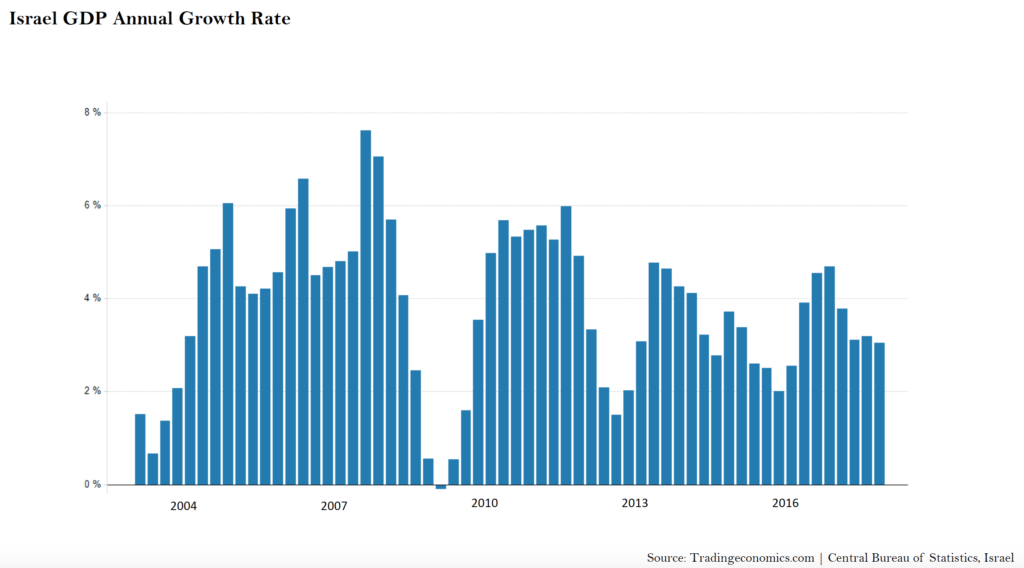 Other than a minor blip in 2009 during the darkest days of the global financial crisis, annual GDP (gross domestic product) growth has been consistently positive and often considerable, reflecting a remarkable period in Israel’s history. Indeed, since 2000, growth has averaged 3.3 percent per year—which, although it can be partially attributed to strong population growth, is impressive nonetheless. According to the OECD, moreover, this long record is mainly down to “effective macroeconomic policy settings and bold structural reforms, including the successful absorption of the wave of immigrants from the former Soviet Union, the promotion of venture capital financing for the nascent high-tech sector and the liberalisation of higher education, all dating back to the 1990s, as well as improvements in work incentives in the early 2000s”. In turn, higher levels of employment are now raising Israel’s average standard of living, which is elevating general satisfaction levels among its citizens above most of the other 34 OECD countries, as concluded in the survey.

Such positive sentiment has also recently been echoed by the Bank of Israel. The country’s central bank recently published its 2017 Annual Report, in which it highlights a handful of distinct factors that are enabling Israel’s economy to continue growing at such a healthy pace, particularly the recent acceleration of global trade, which has boosted aggregate demand in the country.

It also identifies that inflation has been kept well under control, with prices increasing by a very modest 0.4 percent in 2017. There are a number of factors underpinning this; according to the central bank, the biggest of these is the lowering of prices of items subject to price controls by the government over the last seven years. Widespread social protests in Israel back in 2011 led to a greater focus on bringing down the cost of living; as such, the country is now bearing the fruits of that change with greater pressure being applied to rein in domestic prices. This was also partly due to technological improvements that have made it possible “to order goods and compare prices via the Internet”. The appreciation of the shekel, in part driven by natural-gas discoveries in recent years, has also contributed to moderate inflation.

However, not all metrics point to a state of economic bliss in Israel. As the OECD also observed, inequality remains a distinct sticking point, predominantly stemming from a lack of adequate social cohesion. According to the survey, labour-force participation rates, education and skill levels continue to remain low for Israeli-Arabs and ultra-Orthodox Jewish groups, which in turn is contributing to high poverty rates and low productivity. As such, the OECD recommends “better social and labour market integration of these groups” as a priority, given that they are estimated to represent half of the total population by 2050.

Spiralling house prices require immediate attention. The OECD is expecting a “severe” correction in the near future following massive house-price inflation over the last 15 years or so. Although the government has tried—and largely failed—to rein in house prices, concerns remain that a bubble could form that would have profound consequences for the economy. Should prices fall sharply, private consumption would be expected to take a hit, which in turn could dampen the labour market to such an extent that borrowers’ inability to repay debt might trigger a housing crash.

Infrastructure is also highlighted as an area that needs more immediate focus. Addressing the gap in infrastructure, particularly with regards to public transportation, will reduce the country’s considerable road congestion and poor air quality “while improving access to the labour market, particularly for disadvantaged groups living in peripheral zones”, according to the OECD. As such, the survey suggests enacting a broad set of reforms in product markets, infrastructure and education in order to reduce inequality and ensure living standards are raised for all Israelis, not just some.

Looking forward, moreover, the Bank of Israel identifies a slowdown in the global tech sector as having a potentially harmful impact on the country’s future growth prospects. Often known as the “start-up nation”, Israel is placed seventh in terms of the world’s largest exporters of computer, information and communication services, according to the World Bank. Last year, however, the central bank observed a fall in Israeli exports of tech-related goods—although an increase in tech services such as software was also recorded. Much of this slowdown is being attributed to a global cooling in demand for tech products, as well as the shrinking influence that developed economies have in the world’s overall production and distribution of tech goods.

That being said, strong growth, modest inflation and low and falling unemployment are all combining with low interest rates to deliver a sound macroeconomic environment in Israel. And with expansionary fiscal policy and further investment in offshore gas fields on the horizon, the bullish picture is likely to be sustained for some time to come.