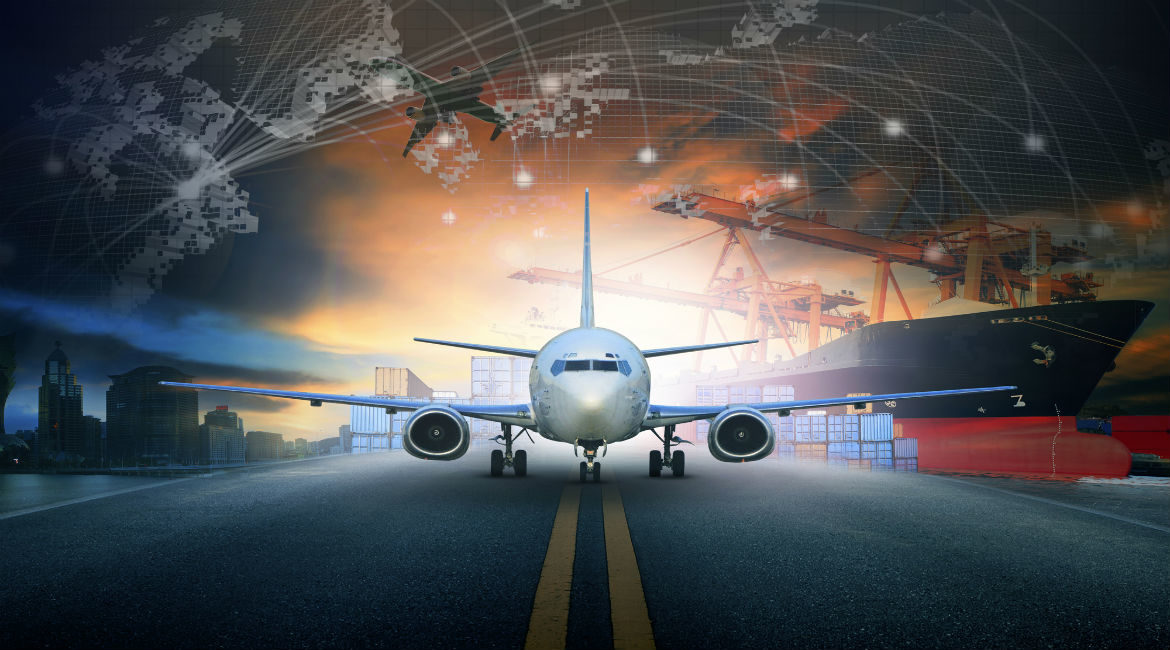 The International Chamber of Commerce (ICC) 2016 Global Survey on Trade Finance reveals that 61 percent of respondents cited a global shortage of trade finance—a figure that is particularly concerning as we continue to observe a period of prolonged sluggishness when it comes to global trade growth. But hope is not lost. Doina Buruiana, Project Manager at ICC Banking Commission, explains the various ways that the trade-finance gap can be filled.

For the fifth consecutive year, trade growth has been reported at below 3 percent and has not recovered to pre-crisis levels—with a global trade-finance shortage estimated to have reached US$1.6 trillion in 2016, according to the Asian Development Bank (ADB). Such figures certainly make for grim reading. And what’s more, the findings from the International Chamber of Commerce’s (ICC) 2016 Global Survey on Trade Finance—an annual report reflecting the issues and trends on the trade-finance landscape—are also providing cause for concern. Sixty-one percent of respondents—national, regional and global banks providing trade finance—reported a global shortage of trade finance.

There are various reasons for this. Ninety percent cited the cost or complexity of compliance requirements relating to anti-money laundering (AML), know your customer (KYC) and sanctions as a chief barrier to the provision of trade finance. Furthermore, 77 percent of respondents to the Global Survey cited Basel III regulatory requirements as a significant impediment to trade finance. Many global banks are withdrawing from several emerging-market regions dependent on trade and trade finance, partly due to pressures to favour domestic clients following some banks’ bailouts by taxpayers.

And the fallout can be severe. A shortage of trade finance impacts the growth of businesses worldwide. In particular, small to medium-sized enterprises (SMEs) are being affected by the shortage of bank liquidity. According to the Global Survey, 58 percent of rejected trade-finance proposals were SME applications, despite the sector submitting 44 percent of all trade-finance proposals.

Yet hope is not lost. There are various ways in which the industry can adapt to not only bridge the gap in unmet demand for finance and help revive global growth, but also to evolve the industry, to drive healthy competition and to remove the focus from being global-bank dependent.

Improving understanding and attitudes toward trade, and awareness around trade finance, would be a good place to start. Across the world, many have attacked trade and globalisation for threatening jobs and benefitting only big businesses—sentiments that have been evident across the European Union (EU) during Transatlantic Trade and Investment Partnership (TTIP) negotiations, and also during the recent US presidential election campaigns.

Indeed, we’ve seen a clear rise in protectionist and populist policies—a recent World Trade Organization (WTO) report cited that between mid-October 2015 and mid-May 2016, G20 economies had introduced new protectionist trade measures at the fastest pace since 2008. To address this, we need to first make the case for trade itself in order to highlight the importance of trade finance. It is therefore crucial that businesses and trade-finance industry stakeholders reinvigorate the narrative around global trade, relaying its significance to the public and ensuring that trade is on the agenda of policymakers worldwide.

Next, enhancing awareness around trade finance should also remain a top priority. While there has already been significant progress in the dialogue between trade-finance practitioners and regulators, and a noticeable shift towards a more suitable risk-aligned treatment of trade finance, it is crucial that we continue to emphasise the low risk nature of trade-finance instruments.

Indeed, ICC’s 2015 Trade Register report highlights the low risk nature of trade-finance products—with favourable credit and default-risk experience. For instance, the Trade Register shows that there is a low default rate across all short-term trade-finance products, with the average expected loss for short-term trade finance lower than typical corporate exposures. In particular, traditional documentary trade-finance products such as letters of credit (LC) are low risk. Remarkably, the transaction default rate for export LCs between 2008 and 2014 was 0.01 percent. Medium- to long-term products also fare well, with a low loss nature due to the export credit agency’s (ECA) guarantee—normally with investment-grade ratings and backed by high-income Organisation for Economic Co-operation and Development (OECD) governments.

The need for increased awareness around trade finance extends well beyond traditional trade finance and also includes newer techniques and instruments under the supply-chain finance umbrella. We also need to raise industry understanding around compliance measures—differentiating between client KYC and non-client KYC, for instance, in order to ease processes. In addition, enhanced awareness and understanding in relatively unsettled areas in trade finance, such as trade-based money laundering, would help direct compliance measures. Despite common belief, for instance, only a small proportion of trade-based money laundering actually occurs in trade-finance transactions.

Yet while progress has certainly been made with regulation and compliance proposals, the Global Survey suggests that the costs associated with such measures are still, and will perhaps continue to be, prohibitive. As such, if we want to close the trade-finance gap, we need to move slightly away from a global bank-dominated financial landscape and embrace collaboration.

Financial-technology firms (fintechs) are increasingly shaping the future of trade finance, and make an obvious banking partner, with both parties bringing strengths and expertise to such arrangements. Indeed, many fintechs are looking to partner with—rather than compete with—banks due to balance-sheet requirements, the regulatory framework to navigate, and the industry expertise required to bring new concepts to fruition. Certainly, partnerships between the two players could drive additional efficiencies and the capacity of banks to conduct business—perhaps eventually reducing the trade-finance shortage.

Fintechs aren’t the only players that could potentially collaborate with banks—or even fill the trade-finance gap independently. The Global Survey found that export credit agencies (ECAs) are increasingly supporting export finance, with alternative liquidity flowing into the ECA space. Thirty-seven percent of respondents reported that they had successfully concluded business with institutional investors in ECA finance, up from 30 percent in the previous survey in 2015, reflective of the growing role of alternative investors.

The Global Survey also highlighted the important role of multilateral development banks (MDBs), with 75 percent of respondents agreeing that MDBs (and ECAs) help reduce trade-finance gaps. In particular, MDBs provide financial assistance to emerging markets for investment projects and policy-based loans. This can prove crucial for enabling access to trade finance in general, and for SMEs.

The ADB’s Trade Finance Program (TFP), for instance, fills market gaps for trade finance by providing guarantees and loans through more than 200 banks. The TFP has supported more than 12,000 transactions across Asia, valued at over US$23.1 billion—of which more than 7,700 involved SMEs. What’s more, the TFP focuses on markets in which the private sector has less capacity to provide trade finance, and where there are large trade-finance gaps.

However, the Global Survey also indicated that MDB and ECA support varies by region—with respondents deeming it most effective in advanced Asia, Russia and sub-Saharan Africa, and less effective in Commonwealth of Independent States (CIS) countries, India and Central America and the Caribbean. Clearly, an increase in the envelope and effectiveness of MDB trade-finance provision in these regions will help further reduce the gap. In order to counter geographical disparities, the next step for MDBs is to consider any structural limitations in existing trade-finance programmes—or contextual difficulties in particular markets.

Finally, non-bank capital provides another useful source of trade finance, particularly from private-sector sources of finance—such as specialist financiers or alternative-finance providers. Since the financial crisis, these players have played an increasingly crucial role in meeting unmet demand, and have experienced considerable growth. What’s more, specialist financing is growing increasingly popular among companies in emerging markets, in which trade-finance demand is most acute.

Of course, one way to possibly boost the provision of trade finance is to make it more efficient and attractive. Certainly, the digitisation of trade finance holds huge potential. Automating trade finance can make overall processes more effective and reliable, increasing capacity for banks, corporates and other stakeholders along the supply chain. For instance, eDocs (paperless documents) streamline processes, with the ability for multiple parties to access, review and collaborate at any one time. The resulting operational improvements in turn reduce errors, maintain data integrity and accelerate the completion of agreements.

Despite the clear benefits, the Global Survey shows that there has been a slow uptake of digitisation. In fact, one-fifth of respondents reported that there is no evident digitisation at all, two-thirds saw very little impact of technology on trade finance, and just over 7 percent saw digitisation as being widespread. The slow uptake is likely due to the challenges of digitising trade—including the considerable scale and complexity of the task at hand, for instance. Banks should play a key role in advocating the benefits of digitisation and help their corporate clients adapt to new systems.

We cannot let the trade-finance gap incapacitate trade. Clearly, there are steps that the trade-finance industry can take to help meet unmet demand. Looking ahead, improving attitudes and raising understanding, encouraging collaboration and making progress towards innovation in the industry will support the growth of businesses of all sizes—and the economy—worldwide.

Customer Trust: Without It, You’re Just Another Bank