Top Posts
The Devil We Thought We Knew
How China Has Managed to Avoid the Inflation Bug
Are Your Bank’s Digital Marketing Metrics Meaningful?
Identifying Beneficial Ownership: A Regulatory Conundrum
Forging a Digital Framework to Harmonize the Global OTC Derivatives...
The Paradox of AI and Investing
Home Finance An Uncertain Outlook for Financial Services in 2019
Finance

An Uncertain Outlook for Financial Services in 2019 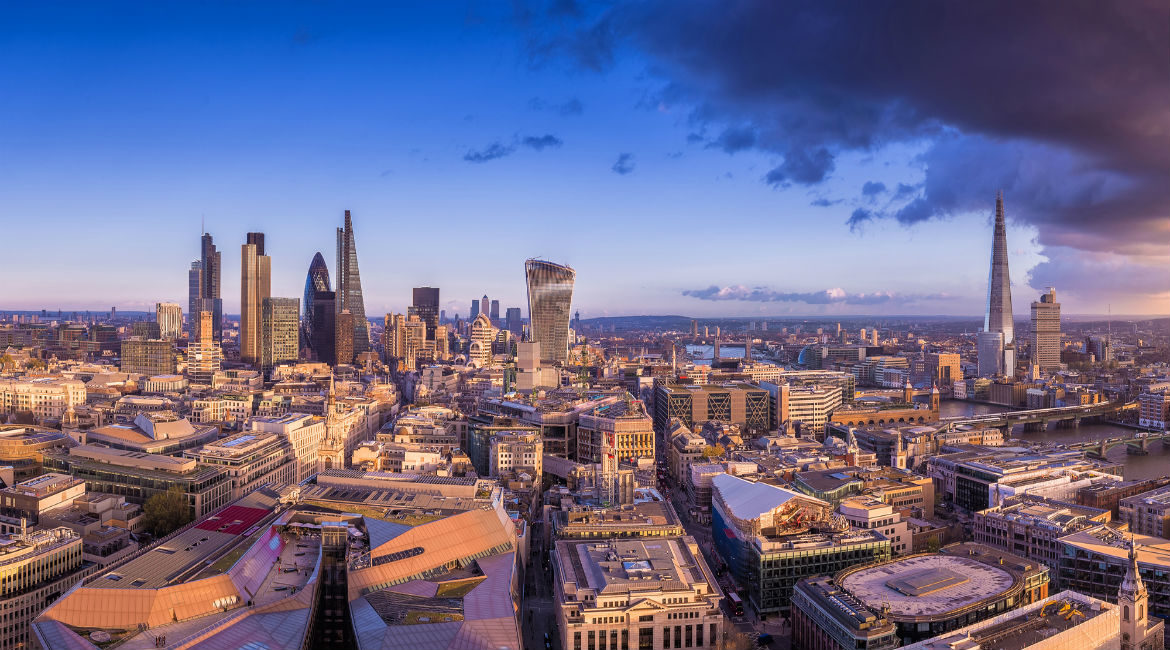 Over the past year, we have seen the UK financial services industry undergo significant changes, with new regulations such as PSD2 driving innovation and changing the way we send and receive money. But what does 2019 hold? A number of key events are on the horizon that make the coming year an uncertain one for the UK’s financial services firms. 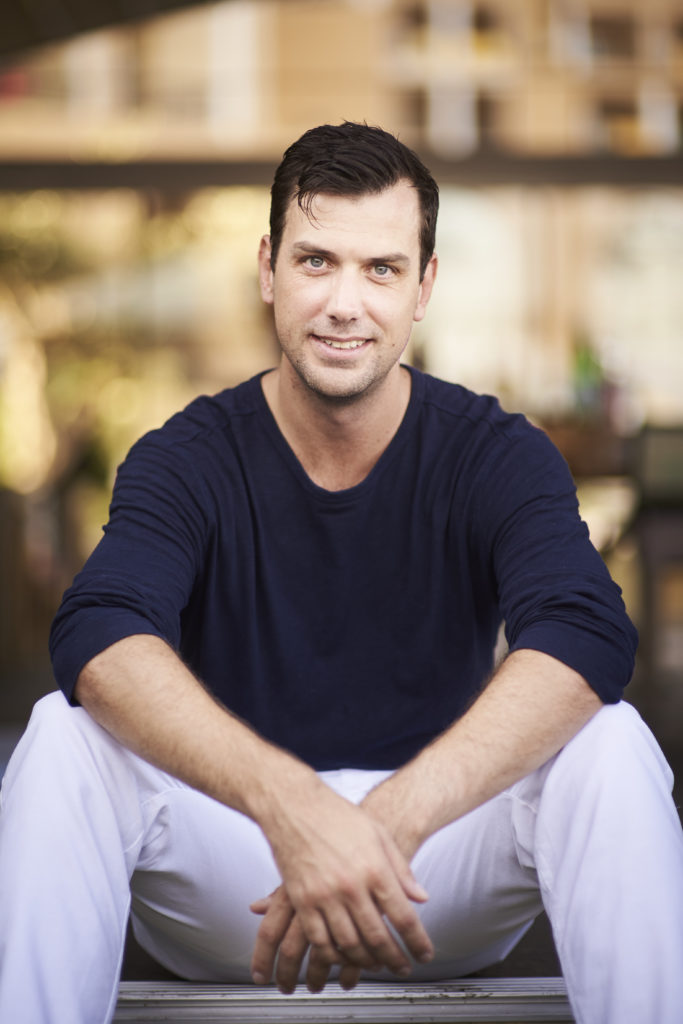 We asked Matt Harrod VP of Europe of Processing.com for his thoughts on the trends affecting the industry over the next 12 months:

By law, the UK is due to leave the European Union (EU) at 11pm on Friday 29th March 2019 – deal or no deal. However, the Prime Minister’s hard-won withdrawal agreement was recently struck down by Parliament, losing by an historic margin of 230 votes. This means that now all bets are off with regards to our future relationship with the EU.

Most commentators now believe Government and the EU will now have to extend Article 50, delaying the UK’s departure, in order for the country to find a new way forward. There is much speculation about what this new way forward will be. A sizeable cross-party group of MPs have come out in favour of a People’s Vote on the deal with an option to remain, while the Opposition are pushing for a General Election. Another cross-party group of MPs are lobbying Government to renegotiate a softer “Norway” style deal, with the UK joining EFTA and the EEA.

As always, the threat of No Deal hangs over the UK, with serious negative implications for the whole of the nation’s economy, including financial services.

The challenge of No Deal

No Deal is the default legal outcome awaiting the UK on the 29th March unless Government takes steps to come up with a Plan B. It has the potential to cause serious disruption to the country, from supply chain delays caused by customs checks, to difficulties in sourcing nuclear material for power generation and medical care. It will even cause problems for financial services, with cross-border operations impacted.

Understanding the danger of a No Deal, the Government has already taken steps to mitigate the worst effects of crashing out of the EU. For example, although criticised at the time, the entire EU legislative corpus has already been enshrined in UK law. This means there is no need for Parliament to vote on each and every EU law to formalise them as UK legislation. Following Brexit, the Government will then be able to slowly establish its own regulatory framework to replace the old EU directives.

This is a saving grace for the financial industry in the event of a No Deal. It means that banks, payment services providers and other financial services businesses will be able to operate at the same standards even if the UK is not part of the EEA. What’s more, initially, EEA-based financial services firms will still be able to operate in the UK following Brexit. This is something that may slowly change, however, as the UK and EEA states will slowly drift away from each other’s framework.

Unfortunately, despite the enshrinement of EU laws, the UK will not enjoy the benefits of being an official EU member. Take credit card interchange fees, for instance – with the country no longer an EU member, Visa and Mastercard could very quickly increase interchange fees to an amount similar to what is seen in Norway and Switzerland – approximately double what we are experiencing in the UK today.

Avoiding a No Deal

Despite its status as the default, No Deal on the 29th March is considered the least likely outcome, due to the potential disruption. One of the more likely outcomes is that we will have a negotiated deal – either the Government will push forward with its present withdrawal agreement, seeking further concessions from the EU to appease naysayers in Parliament, or it will renegotiate a softer Brexit within the single market (the Norway option). Equally, there is a good chance we will see a People’s Vote with an option to remain that may see the entire Brexit project abandoned.

In either of these circumstances, regulation will continue unchanged for financial services for the foreseeable future and will be mandated by Brussels without UK involvement or influence.  Despite this, there is still the possibility that Visa and Mastercard will increase credit card interchange fees. These fees would also apply to UK merchants trading domestically and in Europe, and European merchants (EEA members) selling into the UK.

There are currently “good faith” negotiations planned following a negotiated deal. However, I believe these will still result in interchange fee increases, as the UK will not be an EEA member state by the 29th March, meaning the country will not be covered by the EEA fee cap.

In addition, it is not yet clear whether Passporting financial services licences will remain in place under a negotiated deal to ensure banks, acquirers and money services businesses can also continue to trade in the UK without any change. The Prime Minister’s withdrawal agreement did not include this facility, which is one of the reasons it failed to pass the Commons. We will have to wait and see what the outcome of any new round of negotiations to see whether Passporting remains.

Brexit isn’t the only thing impacting on financial services this year. There are a number of other changes coming our way as well, especially when it comes to payments.

Over the past five years, the payments industry has been focused on making payments easier, with the likes of one-click payments and instant payments taking off. More recently we have started to see a push back from consumers, with many believing that too much personal data is being given away – a backlash that culminated in the passing of GDPR in 2018. With this in mind, payments innovators will have to carefully consider the general public’s sensitivities around personal data when developing new technologies in the future to ensure consumers are comfortable using new payment solutions.

In addition, over the last year we have seen as explosion in the number of consumers keen to access solutions that help them keep track of their spending, harnessing challenger bank apps capable of showing their spending in real time. This trend will continue into 2019 – budget-conscious people want to know what they’re spending and where they’re spending it, and we will see more challengers entering the market to offer this, as well as high street banks catching up.

These real-time spending facilities will also be taken up by specific retail sectors – and the iGaming industry in particular. A growing number of gamers want to see when they are spending too much on gaming, so they can determine when they need to stop. This is increasingly being seen as more important to the future of the industry than creating a seamless, frictionless payment experience with hidden payment processes.

In addition, in iGaming and beyond, technology will continue play a role in the development of the payments industry in 2019. Mobile technology in particular is now the main driver in eCommerce sectors including gaming – according to the Gambling Commission, 43% of people gaming online now do so on their mobile . We can expect more brands across a wide range of sectors to update their mobile platforms to make them even more attractive to consumers.

Concerns over data won’t just affect the development of new payment options in 2019, it will also have a big impact on security in the financial industry.

Traditionally, personal data has been stored by banks, payment providers and other businesses as a means of verifying customers. However, many consumers have begun shying away from handing over their information so freely for a number of reasons. These include concerns about the number of high-profile data breaches in 2018, such as the one that struck Facebook, which saw the details of 87 million users stolen.

Moreover, many millennial consumers are being influenced by TV dramas and documentaries on cyberwar and cybercrime that are freely available on platforms such as Netflix and Vice. In addition, changing consumer perceptions of social media channels is affecting how people view their data – indeed there is a growing movement of people who now see Facebook as monetising people instead of connecting people.

However, there are aspects of the payment industry where the public could feel comfortable in providing their personal data. For instances, biometric technology, which uses finger prints or similar personal biological markers to verify an individual’s identity, is being developed as a more secure alternative to passwords for consumers looking to log-in to their digital retail accounts. This includes iGaming, where more and more businesses are adopting the technology in their payment processes as a means of verifying a transaction, such as a deposit or withdrawal, in order to prevent CNP fraud. Adoption of this solution will be aided considerably by the continued growth of mobile gaming – since so many smartphone models now include a biometric facility.

Facing up to the challenges of 2019

With Brexit and the evolving payments arena, 2019 is shaping up to be a rollercoaster year for the payments and financial services sector.

It is possible for financial services firms to thrive in this uncertain landscape. By keeping on top of the latest developments and seeking the right advice, guidance and support from experts, everyone in the financial services ecosystem can be sure they have the tools they need to weather Brexit and other storms over the next 12 months. As a result, the industry can be confident of reaching the end of 2019 in an even stronger position than it is in now.