Top Posts
Could Big Tech’s Iron Grip on Digital Advertising Soon Come...
Can Recent Oil Discoveries Prove to be a Boon for...
Is It Time to Explore an Alternative to Fractional-Reserve Banking?
Can AgTech Prove Instrumental in Helping to Feed the World’s...
Can the Indo-Pacific Economic Framework Expand US Economic Influence in...
Banks Remain Uniquely Vulnerable to Sophisticated Cyber-Attacks
Home Finance Are Bond Yields Set to Keep on Rising?
Finance 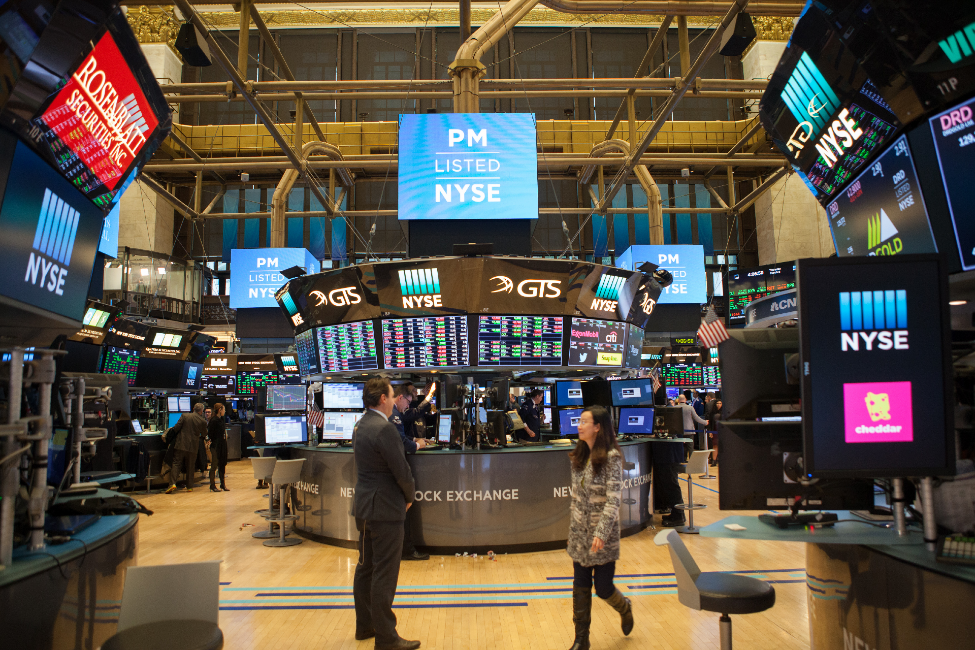 On the first trading day in May, bond markets breached a key threshold—the yield on the 10-year Treasury reached 3 percent for the first time since December 2018. It has since climbed to around 3.19 percent before easing modestly back below 3 percent towards the end of the month. As such, there is a growing belief that yields could keep heading higher as the sell-off in both bond markets and stock markets continues unabated.

Sharply rising prices to date this year have meant that US inflation has reached 40-year highs, prompting the U.S. Federal Reserve (the Fed) to adopt a more aggressive monetary policy in recent months. In March, rates increased for the first time in more than three years, while a further 50-basis-point hike was delivered during the US central bank’s May meeting, the first time an increase of this size has been implemented in almost 22 years. The Fed also confirmed that it would be winding down its enormous $9-trillion bond stockpile from June onwards in a significant demonstration of power aimed directly at combating runaway prices. In response, the following day saw US government bond yields across the spectrum rise considerably, with the 2-year rising by eight basis points to 2.71 percent, the 10-yr climbing by 14 basis points to 3.06 percent, and the 30-year Treasury yield jumping to 3.16 percent, a 16-basis-point rise.

What’s more, a tightening of a similar magnitude is now expected in June, as are further rate hikes through to mid-2023 at least. While this contractionary cycle may achieve its aim of aligning inflation with the Fed’s 2-percent long-run target once again, there are growing concerns that such an aggressive policy could slow economic growth to an excessive degree—and perhaps even plunge the US economy into recession. With the first quarter seeing gross domestic product (GDP) contracting by 1.4 percent over the previous quarter, there is a strong chance the US economy will dip back into recession once more, especially given the sizeable rate increases now being adopted concurrently with massive balance-sheet reductions. “What we’re seeing is this is a market that is continuing to be really concerned about the Fed’s ability to get inflation under control,” Whitney Sweeney, investment strategist at Schroders, recently observed.

Further yield increases could be in the offing as the Fed tightens monetary policy to lower inflation. That said, we already saw an inversion of the yield curve in March, whereby the yield on the 2-year note topped that of the 10-year for the first time since 2019. Historically, this scenario has almost always meant that a recession was just around the corner; indeed, the last time this occurred was just prior to the pandemic, which sent the global economy into a deep contraction. The more recent inversion thus suggests the Fed may overshoot its monetary-policy tightening and send the US economy into negative territory.

Although at a touch under 3 percent, bond yields remain low compared with historical levels, they have, nonetheless, made a dramatic reversal since the early phase of the COVID-19 pandemic, when the 10-year was trading as low as 0.5 percent. At the time, the monetary environment was much more accommodative, as the Fed slashed the federal funds rate to its lower bound of 0-0.25 percent and piled up trillions of dollars’ worth of debt through its asset-purchase programme in order to jumpstart the economy. The Fed also signalled that it would adopt a policy of “inflation-averaging” to allow inflation to rise moderately above its official target to achieve an average of 2 percent over a longer period.

But perhaps the Fed has been excessively accommodative, given that it is now scrambling to contain dramatically ascending prices, and it appears the long bull run in the bond market may well have already come to an end. Rising yields now reflect higher inflation expectations that pose a palpable threat to long-term economic growth, with a major sell-off in both bond markets and stock markets after the Fed’s May decision indicative of this concern. Indeed, a Bloomberg index of long-term US government bonds shows it on track for its biggest fall this year since records began almost 50 years ago.

Adding to this hawkish view, weak labour-market productivity data released on May 5 showed that worker output had fallen at the fastest pace since 1947, while recent unemployment-insurance claims have come in higher than expected. And with such persistent issues as the war between Russia and Ukraine, global supply-chain snags and spikes in energy prices likely to erode consumer demand, yields could continue to rise for some time. The conflict in Eastern Europe, in particular, could prove decisive in elevating yields further this year. Although Russia seems to be making gradual progress with what it calls its “special military operation”, the United States and the European Union are sending tens of billions of dollars in weapons, security assistance and humanitarian aid to Ukraine, which strongly suggests there will be no end in sight to the war for the foreseeable future.

Indeed, Scott Minerd, Guggenheim Partners’ global chief investment officer, said he believes yields could trend higher for a generation. “I have to throw in the towel. The long bull market run in bonds has come to an end,” Minerd, who helps manage the $325-billion investment firm, recently told the Financial Times. “Rather than following a sound policy…we’ve decided we’re going to raise rates and shrink the balance sheet so the Fed will have inflation credibility. My concern is as we roll over, and we see inflation starting to slow, the Fed will…not recognise where the neutral rate is, and we’ll ultimately have a collision.”

The situation is reminiscent of that of the 1970s—another period in which the US economy suffered from climbing inflation, which reached double digits at one point, as well as two recessions and saw bond yields rally throughout much of the decade to reach just shy of 13 percent by the end of the decade before rising even further to around 16 percent by September 1981. “There’s a lot of uncertainty with respect to inflation, monetary policy, geopolitics,” Zachary Griffiths, senior macro strategist at Wells Fargo, recently told the Wall Street Journal. “Even as the Fed has signalled they are going to tighten significantly, it hasn’t really seemed to bring down inflation expectations yet, not durably.”

But while several indicators point to a further sell-off in bonds that would precipitate further increases in yields, some traders question the extent to which yields have further upward momentum. After all, government bonds have historically offered safety to investors during precarious times, suggesting investors may start piling into bonds sooner rather than later. “We believe that the Fed’s hawkish stance is largely priced into the stock and bond markets,” Jay Hatfield, chief executive officer of Infrastructure Capital Management, told CNBC on May 5. “We expect the 10-year Treasury to start to top out in the 3% area as global pension investors with $52 trillion of assets reallocate to almost risk-free treasuries…. The Chairman’s press conference was very positive as Chair Powell ruled out a 75bp increase and indicated only two meetings are expected to have 50bp increases, and then they would reassess.”

Bank of America (BofA) holds a similar position. “We view the current level of 10-year as a compelling location [to buy the debt]. Inflation concern has reached a level of mania or panic,” the bank’s rates strategists noted in mid-April, whilst also observing the “extreme” inflows into inflation-protected bonds. “Our forecasts point to inflation peaking this quarter and falling steadily into 2023. We believe this will reduce the panic level around inflation and allow rates to decline.”

There is an increasing belief that now might be a good time to buy longer-dated bonds. “I think it’s too early to call the top in yields right now,” Dickie Hodges, who manages a $3.9-billion bond fund at Nomura Asset Management, told the Financial Timeson April 21, whilst also acknowledging that he had been boosting his exposure to long-dated bonds as yields continued their upward trajectory. “But central bankers know that raising interest rates materially from these levels is going to push economies into recession. And I’m convinced inflation is going to roll over later this year, so long-end yields are starting to look attractive.”