Top Posts
Challenges Remain, But There Are Opportunities to Be Had in...
Interview with Mr. Olukayode Pitan, Chief Executive Officer and Managing...
Commodities Outlook for 2023
The Value of Cash in a Time of Crisis: How...
The US-Africa Leaders Summit: Fostering a Closer Relationship with the...
Three Key Sectors in Which to Invest in 2023
Home Finance Are the Poor, Especially Women, Being Squeezed Out of the MFIs Set Up to Serve Them?
Finance

Are the Poor, Especially Women, Being Squeezed Out of the MFIs Set Up to Serve Them? 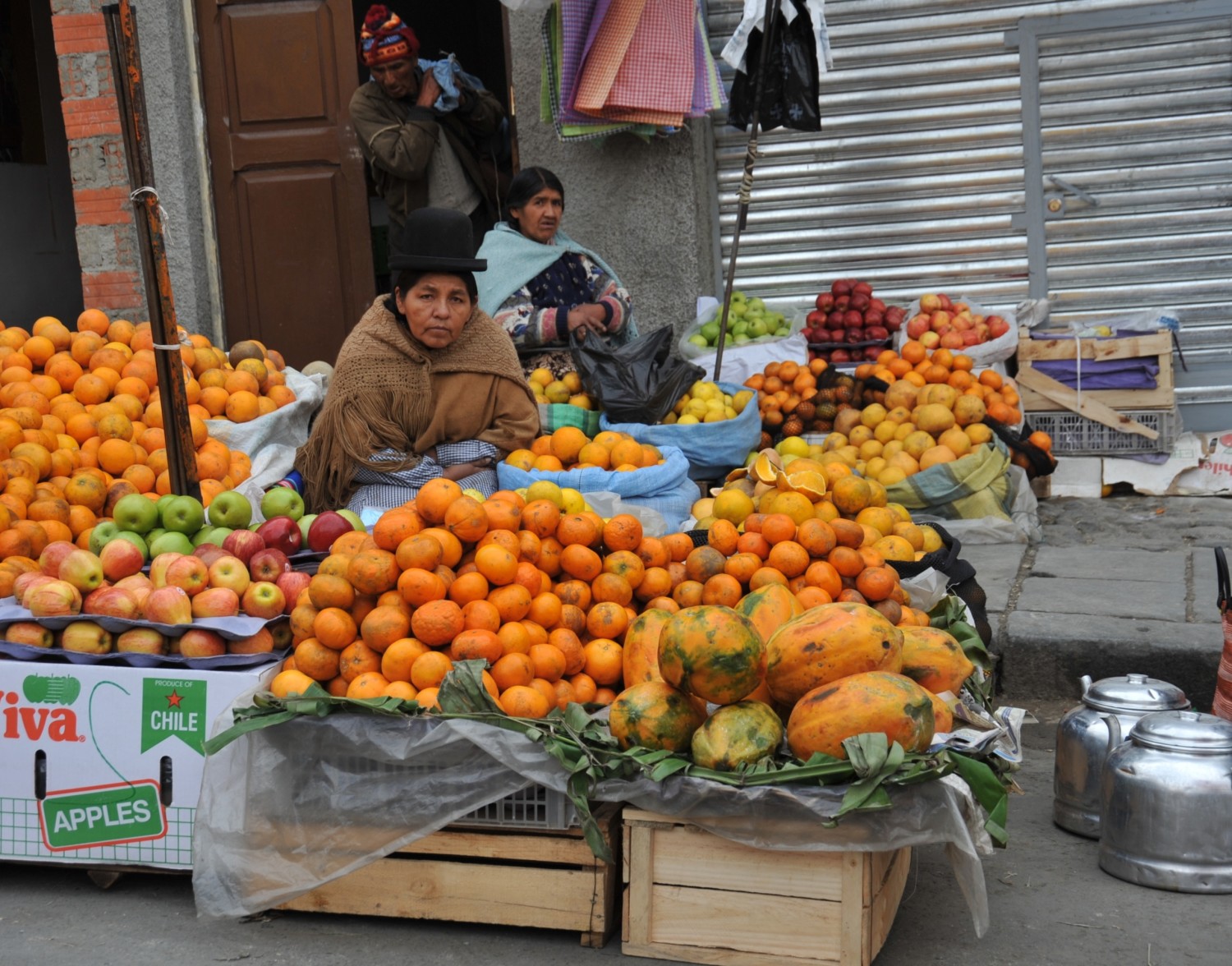 According to the World Bank’s Global Findex database, two billion adults worldwide, and primarily in developing countries, lack conventional bank accounts. Many of these adults are poor and likely to be excluded from a broad range of financial products and services. While banks have been unable to incorporate these groups into the financial system, a smaller sector, known as microfinance, has made great strides. According to the Microfinance Barometer 2014, coordinated by Convergences, in 2013 the global microfinance sector as a whole held approximately USD81 billion in combined loan portfolios and USD40 billion in deposits. If the sector globally were one financial institution, it would rank at around 23rd in the United States in terms of assets, about where a mid-sized regional bank might lie. The main difference is that to serve their clients, microfinance institutions (MFIs) offer loans via more than 220,000 loan officers, who operate out of 47,000 outlets worldwide. In a US bank, such a portfolio might be handled by one-tenth of the staff in 1,800 branches. To some extent a better business-model comparison could be McDonald’s, another distributor serving low-income customers. This outlet offers burgers instead of loans to 68 million customers each day in more than 35,000 restaurants worldwide. But while customers might enjoy a burger multiple times in a week or month, borrowers cycle through microfinance loans every three months at best, and often over more than a year.

Loans are of a greater dollar value than a Big Mac and should thus allow for higher margins. Interest rates, ranging from 16 percent in some countries all the way up to more than 100 percent in annual effective terms in others, should cover costs. Yet it is important to keep in mind that servicing these loans in excluded and remote areas has high costs. Where markets are more competitive, 16 percent doesn’t go far to cover costs. The result has been that in some markets, institutions have responded by offering clients larger loan amounts to feed the bottom line. As this happens, we may be beginning to see a reversal in the trends toward financial inclusion, in particular of poor women. In Peru, which boasts a large and competitive microfinance market, average microfinance loan sizes have increased by 70 percent since 2008 to USD2,025. At the same time, the proportion of female borrowers in MFI portfolios has dropped by 12 percent. Women in Peru are less prosperous, less literate and less likely to own land titles than men, suggesting that they need smaller loans than men. A few smaller MFIs that serve poor women almost exclusively have loan sizes of about USD400, for example. The trends in Colombia are similar with average loan sizes increasing 66 percent in the period and women dropping 13 percent as a percentage of MFI portfolios on average. In recent analyses, EA Consultants found similar trends in Bolivia, Nicaragua and Uganda. Often this trend is the result of microfinance industries moving from group loan models to single commercial loans to creditworthy individuals. As such, India, which has massified the group-lending model, is one exception to date. As the MFI sector matures in many countries, however, the question must be posed once again as to whether some poor women will be left out of the picture.

If offering loans to the poor looks similar to selling Big Macs, this is precisely because of the exclusion—financial, economic, geographic and social—that many of their target clients face. Like burger sales, loan offers to low-income people require costly face-to-face interactions. Their cash flows are not well-documented, and thus non-traditional analyses of their business and repayment capacities are required. Willingness to pay can be hard to measure, especially for first-time borrowers. MFIs often call and visit neighbors or other acquaintances for references. This work is not for the fainthearted. For loan officers, it involves many hot hours outdoors, and often in dangerous private vehicles or public transportation. For managers, it involves commitment and strong discipline. Unsurprisingly, a good percentage of today’s organizations that serve these target groups were born in the not-for-profit world, in which getting your hands dirty was always part of the job. Today, as many MFIs look more like banks, they are attracting a different type of worker: young professionals with college degrees and banking ambitions. Much like their client base, the staffing and leadership of MFIs is beginning to lean more toward men than women than in the past, in step with a growing emphasis on the commercial aspects of the business. Without women at the helm and with fewer women served in the field, microfinance risks the possibility of looking more like an inefficient commercial bank than an innovative social business proposition.

In 2014, I co-founded a network of women working in microfinance in Latin America and the Caribbean called Andares. The network is 175 members strong and growing as it brings together professionals working in microfinance across the Americas to address the changing role of women in the sector, both as leaders and as clients. Putting these discussions into motion, Andares was recently asked by the Inter-American Development Bank to implement a study of women’s leadership in Latin American microfinance. The motivation driving this study is to understand the role of women in the leadership of these institutions with an eye towards policy and product-offering implications. Over the coming months, we hope to add more to the discussion about gender and microfinance, and the part that these institutions do and could play in the financial inclusion of low-income populations worldwide.

ABOUT THE AUTHOR
Barbara Magnoni is President of EA Consultants. An international development advisor with over 20 years international finance and development experience, she has an extensive background in financial market financing and investments. Since 2000 she has been working in economic development programs with a strong focus on financial access in Latin America and the Caribbean. Ms. Magnoni has worked on research studies, evaluations and implementation of new projects. As President of EA Consultants, she recently managed the Client Value research for the MILK Project, a three-year research project on microinsurance. Ms. Magnoni has advised various governments, international organizations and financial institutions on financial inclusion, gender, and microinsurance. She has authored a number of studies that analyze gaps to financial access including a study of financial service needs and gaps for micro entrepreneurs in the non-Spanish speaking Caribbean for the Inter-American Development Bank and a study of the supply-side achievements and challenges of the microfinance industry in the non-Spanish speaking Caribbean. She has implemented two studies of immigrants and microinsurance (with the International Labor Organization and the Inter-American Development Bank) as well as studies of barriers to women’s business growth with the Inter-American Development Bank. She is currently advising a Peruvian financial institution on its strategy to expand into rural areas with the IFC and has provided strategic advisory to various financial institutions and insurers in Latin America. Ms. Magnoni holds a Masters degree from Columbia University in International Affairs. She is fluent in Spanish, English and Italian.
Go to top

What Banks Can Learn from FIFA

These observations are on-point and well-contextualized. I work for an organization whose client base was at one time 100% women. Today we serve many more women than we did in the past, but the majority of our borrowers are men. The changing composition of our client base reflects a number of factors, such as expanding our products to include things like savings and agricultural loans. It also reflects expansion in certain market (like Pakistan) where the barriers to serving men are still much lower. Looking forward, it will be interesting to observe whether we are driven back to a stronger focus on women as the ‘easier’ customers get taken by mobile banking and related innovations that are so dramatically changing the frontier of financial inclusion.