Top Posts
Digital Transformation For Financial Systems In A Changing World
How Gamification is Catapulting Digital Banking to the Next Level
Challenges Remain, But There Are Opportunities to Be Had in...
Interview with Mr. Olukayode Pitan, Chief Executive Officer and Managing...
Commodities Outlook for 2023
The Value of Cash in a Time of Crisis: How...
Home Finance Are You Ready for Three Big Power Shifts Facing Your Company?
Finance

Are You Ready for Three Big Power Shifts Facing Your Company? 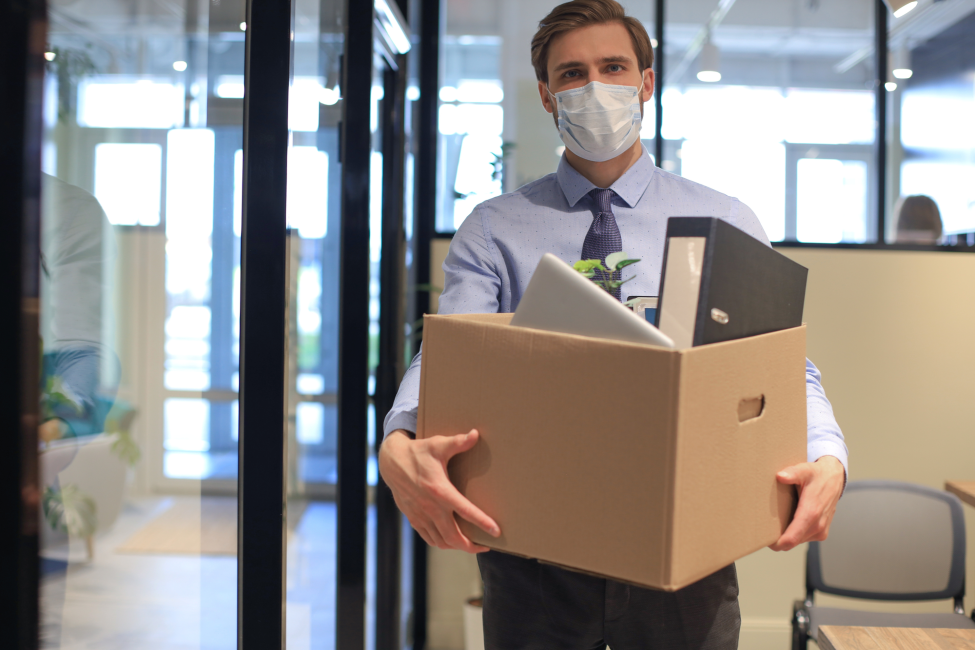 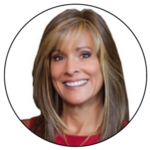 In the “good old days”, there was a certainty in the employer-employee contract that ensured everyone understood their respective roles and responsibilities. In that familiar, pre-COVID workplace, I regularly advised up-and-coming employees about the behaviors that would assure long-term success. There were three principles I trumpeted as irrefutable and permanent truths about a career in large financial institutions: (1) employees must understand the needs of the company and figure out how to remain relevant, (2) employees must be prepared to make the occasional personal sacrifice to get the job done, and (3) employees should leave their personal issues at home.

Now, faster than you can type #neversaynever, all the old rules are changing. In fact, the corporate power shift from employer to employee is so dramatic that the paradigm opposites have suddenly become true. Let’s break down the shifts one by one and discuss the implications and potential responsive actions employers should promptly consider.

We have heard a lot about the “Great Resignation”—the trend of employees leaving their jobs to seek better-paying and more fulfilling opportunities. The U.S. Department of Labor reported that 11.5 million workers quit their jobs in the second quarter of 2021. And this trend is not over. According to Gallup’s research, 48 percent of employees were actively looking to make a change. In June, the United States hit an all-time high of 10.1 million job openings. This demand versus supply issue has put employees in the driver’s seat when negotiating not only compensation but also work-environment requirements.

My daughter’s best friend is a 23-year-old recent college graduate whose first job is managing a fitness club. She told her new employer she would be willing to work at only the two gyms that were within 15 minutes of her apartment because she would need to go home and take her dog for a walk three times a day. She also explained that she would like to work from home on Fridays to catch up on emails and other paperwork. I was amazed that she would be so bold with her new employer and even more astounded that they had complied. She explained that “they have multiple manager openings, and they need me more than I need them, so I figured it was a good time to get what I really want. I am fine with the money, but I need more flexibility”.

It’s not just Millennials seeking more flexibility and better alignment with personal priorities. According to Pew Research Center, 71 percent of employed adults said they were working from home some or all the time, and 54 percent wanted to continue working remotely post-pandemic. Prudential’s “Pulse of the American Worker Survey” found that 42 percent of respondents would leave for a different employer if remote-work policies weren’t prioritized long term. And a LinkedIn study found that 86 percent of workers aged between 22 and 37 would take a job with less pay if the other job was with an organization that better aligned with their personal values.

For employers to remain relevant, they must let go of old ideas that employees must be physically supervised to remain productive or that collaboration can only be effective when in-person. While fully remote jobs are not a requirement for most prospects, employers must find ways to offer more flexible schedules that allow employees more control over work hours through reduced commute times or schedules that accommodate children or other family members. They should also explore hybrid-location strategies—combining in-office and remote workdays to get the best of both worlds. Most employees find some physical connection with co-workers to be an important part of their work experiences. Creating “collaboration days” when groups of employees are working in the office location together and coupling that with two to three days per week when work-from-home is permissible is likely to be a competitive differentiator for employers in the war for talent.

According to a survey from The Robert Half staffing firm, almost 70 percent of professionals who transitioned to remote work said they currently worked on the weekends, and 45 percent stated they regularly worked more hours during the week than they did before the pandemic. This phenomenon is stimulating a disproportionate rate of workforce exit among women who have found the increased workload and associated pressures to be untenable over the past year and a half. In a Deloitte survey of 5,000 working women called “Women@work: A Global Outlook”, only 22 percent of women believed their employers had enabled them to establish boundaries between work and personal hours. Seventy-seven percent said their workloads had increased, 57 percent planned to leave their current jobs within two years, and 23 percent were considering exiting the workforce altogether. Of women aged 20+, 57.5 percent were in the US labor force in June of 2021, down from 59.2 percent in February 2020 and now at the lowest level in 30 years. This trend could easily reverse the fragile progress in female representation across US banks, which would not only have consequences for workplace diversity but also carry financial consequences. According to a Federal Reserve Bank of San Francisco report, equalizing employment across gender would have added nearly $500 billion to the 2019 US gross domestic product (GDP).

For employers to retain these at-risk populations, they must pursue capacity-management tools and practices to help employees reverse the runaway train of work and meet volumes that have been allowed to grow in an unchecked manner over the past 18 months. Other unhealthy themes in the mid- and post-pandemic workplace include reductions in vacations—originally caused by travel cancellations but sustained even as destinations re-opened—as well as the trend of employees interrupting vacations to join “business-critical” Zoom calls. We have also seen a proliferation of email traffic that continues almost 24×7 as the true end of the workday becomes more of an elusive shadow than a clear line for many employees.

I have been experimenting with new operating principles in my organization to “right-size” the workday. Some examples of our principles include:

In the traditional in-office work setting, employees often form deep social connections to teammates and, therefore, by association, to the organization. This sense of a workplace family can motivate increases in employees’ levels of discretionary effort and provide intangible retention drivers that can sustain employees even through challenging periods of their careers. In more remote settings, those social connections can be harder to establish and maintain for employees. The lack of a support network at work can leave employees who are stuck at home feeling emotionally stranded—without an outlet to talk about challenges, fears and frustrations.

Companies must work creatively to help employees re-establish these social connections, whether in a fully remote or hybrid work arrangement. Some of the ways successful organizations are bridging these gaps include promoting affinity networks in the workplace so that employees can easily find teammates with similar issues and interests. Affinity groups can range from Black Heritage to Military Experience to Aging Parents. Affinity networks that encourage the open participation of advocates and allies can also help to increase organizational tolerance and promote strong cultures of diversity and inclusion. When senior leaders choose to actively sponsor and participate in affinity networks, the company sets a tone from the top of acceptance and transparency that inspires trust and engagement from employees.

Other tactics include company-sponsored live panel discussions or virtual fireside Zoom chats on previously taboo topics such as work-life balance, dealing with micro-aggressions in the workplace or determining when it’s time to make a career change. When a company demonstrates a willingness to entertain the tough conversations, it invites employees to share their true feelings. This approach is inspired by parents who encourage honest communication with their children with the promise: “Tell me anything, and I promise you won’t get in trouble”.

I can recall learning some things about my own children that occasionally made me shiver, but over time, I came to feel more confident they would confide in me before making big decisions. With the added knowledge of where their heads were during various defining moments, I was able to help them consider other factors they might not have contemplated on their own. Even if the ultimate decisions weren’t always the ones for which I’d hoped, I felt the comfort of knowing they were well considered and made after thoughtful debate rather than as a reflex action to a single triggering event. The same philosophy holds in the employer-employee relationship. The more employees are willing to share, the better able the organization will be to help them make informed decisions in which they have considered their options fully and openly. Even if an employee ultimately decides to leave, the possibility of a future rehire is far greater when the culture is open and safe.

In this crazy, post-COVID new reality of ours, certainty remains highly elusive. And yet, there is one thing I know for sure. Just as if I were in the real-estate market, my online Spanish class or my chiropractor’s office, I am certain of only this: there is a major correction coming. The balance of power in the employer-employee relationship is changing as fast as my Zoom screen background. Companies that cannot or will not adjust will crumble under the weight of crippling attrition and vacancy rates. Companies that can offer flexibility, balance and support to their workforces will earn strong, more equalized partnerships with the more open and well-rounded employees of tomorrow.

ABOUT THE AUTHOR
Dena Roten is Head of U.S. Consumer Business Operational Risk and Control at Citibank. Prior to joining Citibank in 2012, Dena spent 25 years with Bank of America (BoA), where she served in various consumer sales, distribution and operations leadership roles.
Back To Top
CitiCOVID-19DeloitteDena RotenFinanceGreat ResignationPower ShiftsU.S. Department of Labor
0 comment 0 FacebookTwitterPinterestEmail
previous post