Top Posts
Could Big Tech’s Iron Grip on Digital Advertising Soon Come...
Can Recent Oil Discoveries Prove to be a Boon for...
Is It Time to Explore an Alternative to Fractional-Reserve Banking?
Can AgTech Prove Instrumental in Helping to Feed the World’s...
Can the Indo-Pacific Economic Framework Expand US Economic Influence in...
Banks Remain Uniquely Vulnerable to Sophisticated Cyber-Attacks
Home Finance Argentina’s Departure from Recession Marks New Financial and Trade Territory
Finance 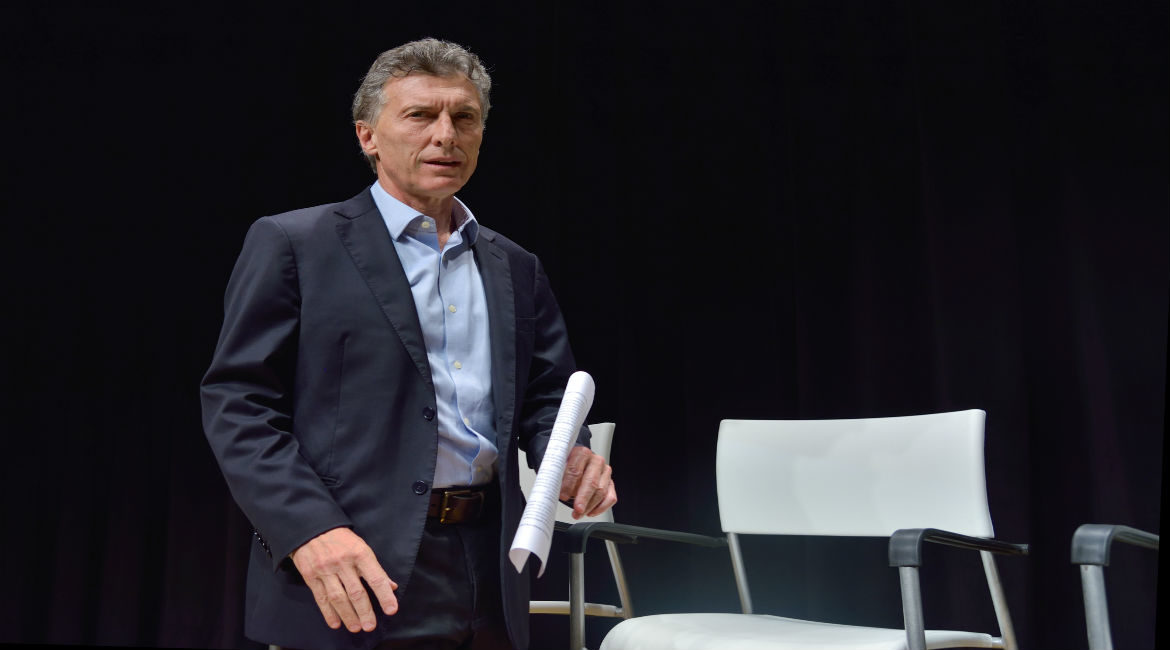 Since taking office in 2015, Argentina President Mauricio Macri has subjected the country to an economic “shock” therapy to try and jumpstart the economy. At first, the economic policy seemed as if it would result in a prompt change in government, as growth fell flat and the country slipped into recession. Despite the uphill battle, the country seems to be exiting its recession and returning to growth, with 0.5 percent growth registered in the last third quarter.

Having counteracted many of the detrimental policies of his predecessor, former Peronist President Cristina Elisabet Fernández de Kirchner, Macri maintains that Argentina has now passed through the worst of his shock treatment and will soon return to growth. This recovery is evidenced by increased trade and finance environments fuelling the government’s optimistic 2017 growth projections of 3.5 percent. A recent trade mission by the British Chancellor of the Exchequer Philip Hammond—the first visit to Argentina by a British official since former Prime Minister Tony Blair’s in 2001—yielded commitments from both countries to increase bilateral relations in trade and investment. And with Argentina hosting both World Trade Organization (WTO) and G20 summits in the coming months, and an Organisation for Economic Co-operation and Development (OECD) accession bid gaining momentum, the country appears to be in a trade and investment environment not seen for many years.

Much of the country’s absence from world markets can be chalked up to the Peronist governments of husband-and-wife former presidents Néstor Carlos Kirchner and Cristina Fernández de Kirchner. During the Kirchner period—particularly during the latter government of Cristina Fernández de Kirchner—Argentina was characterized by highly nationalist and protectionist policies that insulated domestic industries from international markets. Despite the country’s membership in the Common Market of the South (Mercosur)—which was primarily developed to foment free trade amongst its members: Argentina, Brazil, Paraguay and Uruguay—Argentina frequently administered tariffs and subsidies to protect national industries. This was effective at garnering support to keep the Kirchners in office, but was anathema to national growth and economic performance. Beyond that, Fernández was locked into a bitter dispute with a slew of international creditors when the country defaulted on its debt obligations. Rather than negotiate a settlement or repay the debt, Fernández engaged in a bitter and public dispute with her creditors, as well as a New York judge who presided over the case. Toward the end of her presidency, Cristina Fernández de Kirchner was successful in protecting Argentina’s national industries, but had also isolated the country from international trade, investment and political relations—even with Brazil, its largest trading partner.

Enter Macri. The underperforming economy whittled away at the appetite for Peronist governments and saw a market-friendly candidate ushered into the top job. Immediately, Macri implemented his economic shock therapy to undo the destructive policies of the Kirchners while also reversing relations with nationalist governments—such as his public criticism of the Venezuelan government. Additionally, a settlement was reached with the country’s creditors, re-introducing the country to international financial markets.

While his initial plan warned that there would be some economic pain as the country adjusted to the new reality, the hamstrung performance saw the reforms lose substantial support. The $748 million trade deficit posted in June 2017 fuelled public unrest and a loss in investor confidence. Unions have protested against the reforms and critics argue that the new inflation targets make workers suffer. However, the recent departure from recession has proved beneficial for the reforms as the country moves back toward consistent growth, a development that benefits Macri in the run-up to mid-term elections this October. This combination of positive factors has resulted in new financial and trade territories that the country has not seen since before the Peronist governments of the Kirchners.

Argentina’s shift toward trade-friendly policies had two impacts on its overall trade environment. Firstly, as Brazil ousted former President Dilma Rousseff and installed market-oriented Vice President Michel Temer in her place, the two largest economies in Mercosur embraced free markets once again. The two countries currently coincide on a selection of policies, including increasing multilateral trade relations and their public condemnation of Venezuelan President Nicolás Maduro Moros—who was suspended from the block in 2016.

Secondly, this unilateral shift toward Mercosur’s market liberalization drew trade partners that had, in recent history, cooled toward negotiations with the South American trade bloc. Negotiations between the European Union (EU) and Mercosur have been stalled for years now as both blocs look to protect politically sensitive industries. Agricultural products (soybean exports account for a bulk of Argentina’s exports) have been a major sticking point between all major actors involved. However, after completing its trade deal with Canada, and with the attention of the United States shifting away from the Latin American region, the EU is now turning its attention to the Mercosur trade deal in an effort to ink a final deal by year’s end. Though the EU has its own industries it wishes to protect—beef and ethanol, in particular—the potential for a protectionist America and the ongoing Brexit negotiations have prioritized the completion of an EU-Mercosur deal.

This new trade dynamic is proving effective as Mercosur and Argentina both push through new trade deals. For instance, the 2001 trade deal between Mercosur and Egypt was finally ratified by the Argentine Congress in July 2017. This means the trade deal will go into effect within the next few weeks. Additionally, a trade deal between Mercosur and Colombia including textiles, automobiles and agrochemicals has been reached between the parties. The agreement is, in effect, an agreement between Argentina and Colombia for tariff-free trade on many products; however, the “common market” status of Mercosur means that any trade deal must be entered by the bloc as a whole.

The new trade dynamic has brought about optimistic projections of Argentina’s performance and trade relations over the coming years—with some analysts suggesting that now is the time to overweight Argentina’s portfolios.

In Argentina, the wheels have turned slowly, but they are now gaining momentum.