Top Posts
Could Big Tech’s Iron Grip on Digital Advertising Soon Come...
Can Recent Oil Discoveries Prove to be a Boon for...
Is It Time to Explore an Alternative to Fractional-Reserve Banking?
Can AgTech Prove Instrumental in Helping to Feed the World’s...
Can the Indo-Pacific Economic Framework Expand US Economic Influence in...
Banks Remain Uniquely Vulnerable to Sophisticated Cyber-Attacks
Home Finance Assessing Economic Risk Factors
Finance 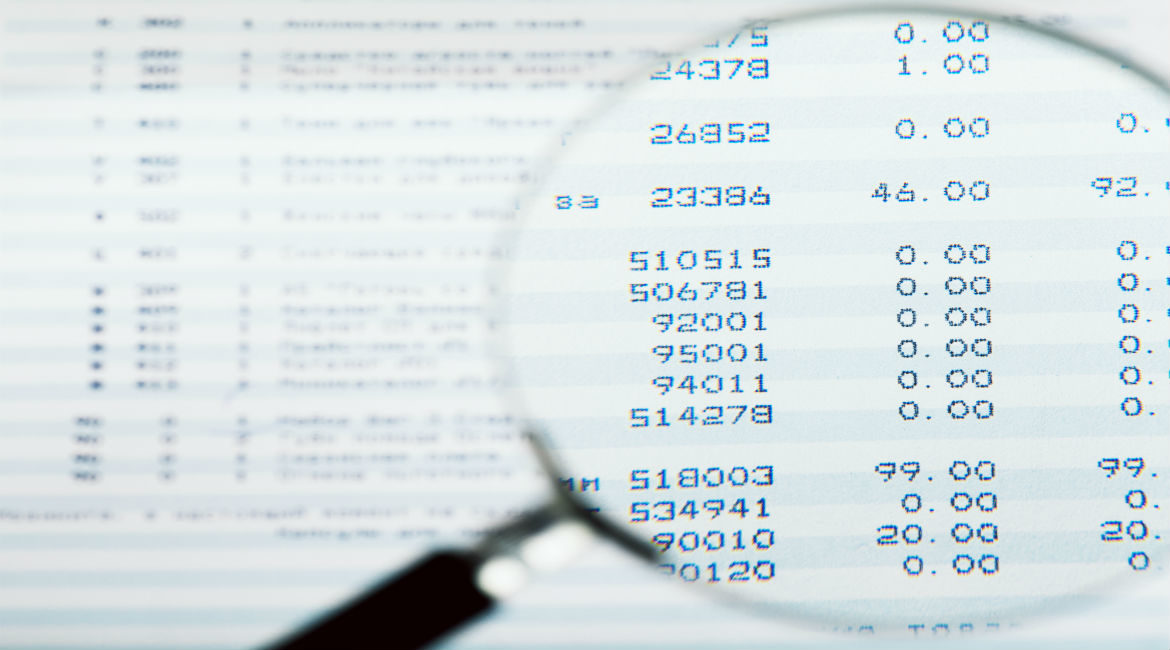 An old joke among economists is that to be an accurate forecaster, never give a number and a date together in the same sentence. I can tell you that GDP will increase by a 2.5 percent annual rate, but if I don’t tell you when, then I will likely be accurate at some point. The joke highlights a very humbling quality of economic forecasts; they are overwhelmingly likely to be wrong. The reason that they are so often wrong is that our forecasting models simply cannot account for all the levers and linkages and nonlinearities in the complex adaptive system that is a modern economy. When we build and use macroeconomic forecasting models, we are undertaking an exercise to reduce the degrees of freedom in an infinitely complex and ever-changing system. We reduce the complexity of the regional, country or global economy to a finite system with a fixed number of variables and fixed linkages between the variables. We make our forecasts, and then something else happens to push the trajectory of the economy into an unanticipated direction. So in addition to the skillsets required to build, maintain and operate forecasting models, economists and the users of forecasts need to develop skills in assessing the myriad of economic risk factors that will not be accounted for in their models.

The key initial step in assessing non-modelled risk factors is simply identifying them. We can think about four buckets that economic risk factors may fall in. Into the first bucket falls the standard set of economic variables that we all know: gross domestic product (GDP), unemployment rate, housing starts and the like. Even though we know lots of things about these variables and how they are supposed to perform, there is measurement error associated with all of them.

Into the second bucket of economic risk factors fall economic variables that we know, but the data is not yet available. An example if these risk factors might be net migration in a regional economic model. We get estimates on the net number of people moving into an area, but the estimates can be off by a wide margin, and they may be reset completely once the final data is available. In the US, for example, we take a census of the population every 10 years. After the decennial census numbers are known, our initial estimates of regional net migration can change. So in the later stages of the intercensal period, our net-migration and population estimates may be well off the mark.

The third bucket of economic risk factors contains issues that we are aware of, but the data is cumbersome, of poor quality or lacking completely. An example would be the financial data that described the housing-market collapse in the US during the Great Recession of 2008-09. We know that mortgage default rates were going up, and things like collateralized debt obligations and credit default swaps mattered. But it was very difficult to link that data to the “real economy”. The student loan problems of today are of similar ilk.

Into the fourth, and last, bucket fall the unknown unknowns, the so-called black swan events. It is difficult to even imagine these events, much less sequence them, scale them and make appropriate changes to levers in our macroeconomic models.

It is fair to say that the majority of the risk factors that we macroeconomists incorporate into our economic forecasts fall into the first bucket of well-known economic variables. We are able to incorporate fewer risk factors from the second and third buckets in which data is missing or not easily linked to a lever, or set of levers, in our macroeconomic models. This work is time-intensive and sometimes too easily assumed away. The fourth bucket remains a black hole. We have learned enough about unknown risk factors from the Great Recession to realize that they are still out there, and always will be.

So a key question is: how do we develop a more comprehensive view of our economic forecasts that incorporates a broad set of risk factors? The first step is to start with the first bucket. We can usually develop a set of positive and negative risks that can be applied to our standard economic metrics in a straightforward way. My goal as a forecaster is to put the baseline forecast where I think this set of risk factors roughly balance. These risks could include key GDP levers, such as an inventory correction or consumer pullback or business-investment slump. Exchange rate fluctuations, commodity prices and stock market fluctuations can usually be incorporated into a macroeconomic model in a straightforward manner.

Beyond that it is important to recognize the forces of stability and volatility inherent to any economic system. Stability in the US economy comes from its relatively large service sector relative to the manufacturing sector. The service sector is prone to less inventory swings and less exchange rate reactions. Likewise, a large consumer sector versus export sector has a stabilizing effect.

Counter-cyclical monetary policy is an important stabilizer. During good economic times, central banks “tap on the brakes” by tightening monetary policy (raising interest rates) in order to prevent inflation from heating up. In bad times, lower interest rates and extraordinary monetary policy, including quantitative easing and other measures, provide stimulus to an economy. In the current period of low interest rates globally it is reasonable to ask, how much firepower does a central bank really have if a major economy were to slip into recession?

Likewise, fiscal policy is an important stabilizer. Tax cuts and fiscal stimulus are traditional tools used to stimulate economic growth. However, the US economy is now somewhat fiscally constrained by the federal budget imbalance that is expected to grow substantially (see the long-term estimates of the Congressional Budget Office). If large-scale fiscal stimulus or large tax cuts are to be realistically considered, we must account for the fiscal straightjacket that the non-discretionary part of the federal budget has wrapped around us.

Volatility enters the “real economy” through the financial sector. In recent decades, we have seen many times how quickly a financial-market event on the other side of the planet has washed over into other economies. Commodity prices, too, are a source of volatility, both on the upside and the downside. We are increasingly aware of the disruptive power of technology. Although disruptive technology is nothing new, we seem to be in an era where the pace of disruption and displacement due to technological change has accelerated. War is a huge disruptor. The “end of history” arguments that grew out of Francis Fukuyama’s 1989 essay seem to be overshadowed by recent Russian aggression in Eastern Europe and the Middle East.

For a longer-term analysis we can think about what is not sustainable about a particular economy. We can classify non-sustainable economic issues into five areas: monetary policy, geopolitical, country specific, commodities and environmental. There is plenty of overlap in this classification scheme because, as Barry Commoner said, “Everything is related to everything else”.

We are in an extraordinary period of monetary policy, with potentially extraordinary consequences. The global move toward near-zero interest-rate policy, and the experiment with negative interest rates by the Bank of Japan and the European Central Bank and others, may not be sustainable. The distortive effects of such policies are well-known but lately have been quickly dismissed. Also, pension funds, which are facing an avalanche of retirees in the US and elsewhere, must be able to generate adequate returns on their investments in order to sustain the pensioners. Low or negative interest rates make this difficult. The new monetary-policy tool known as quantitative easing (QE) is not infinitely sustainable. Former Federal Reserve Chairman Ben Bernanke has said that there is no theoretical limit to QE.  That may be true, but there is a practical limit to QE that may be encountered in the form of debilitating inflation. Currency devaluation as a side effect of quantitative easing also has its limits. The spillover effect of currency devaluation both within an economy and relative to other countries is potentially devastating.

Geopolitical unsustainability is a growing feature of the Europe Union. Brexit is a fundamental challenge to the cohesion of the continent, and may pave the way of the reemergence of Grexit and other –exits. The Middle East and North Africa remain unstable, and aspects of the region are unsustainable. In the very long run, the wind-down of the global oil market is in view, with hugely disruptive consequences for the Middle East. The accumulation of debt in Japan, Canada, China and elsewhere may also have geopolitical consequences.

Within the US there are numerous examples of unsustainable country-specific issues. The US healthcare system is probably not sustainable in its present form. The expected expansion of the federal deficit, due to entitlement programs and potentially exacerbated by rising interest rates, is not sustainable. Income inequality is a growing issue, as are the previously mentioned student-debt crisis and pension-fund squeeze.

Commodity markets can be the germination points for global economic crises as broader financial markets become distorted by extreme pricing and price corrections.  It is easy to visualize how low oil prices are unsustainable given that fossil fuels are a finite resource. We are seeing now how lower-than-expected oil prices are highly disruptive to oil-producing areas. But we may also be facing the opposite problem. High oil prices may no longer be sustainable given the rapid expansion of the resources base and the alternatives to oil demand, particularly in transportation systems. Finally, environmental unsustainability may be the ultimate agent of change for the planet, impacting virtually every other economic calculation, particularly those concerning fossil-fuel markets.

Arguments about unsustainability are sometimes countered with arguments about convergence. That is to say that if something is not sustainable, eventually forces will align to push it into a sustainable, or perhaps, adaptable space. Economic textbooks are filled with arguments about convergence. We read about “equilibria” and “convergence toward the mean”. Suffice it to say, I have never seen an economic equilibrium. I am not sure that it exists. A complex adaptive system can have a lurching evolutionary path, one that may not gradually, and gently, ease from one equilibrium to the next. Also, while population sampling is based on the theory that traits, such as the height of adults, tend to regress toward some mean value, we cannot assume that regression toward the mean is a universal economic axiom. Population movement and capital flight out of a country such as Greece, and toward another, better functional economy, say Germany, may simply never be reversed. In the US we can surmise that the per capita income of a small town in Kentucky may never converge with that of New York City.

The Banking Outlook for Turkey

Are Frontier Markets Worth the Risk?