Top Posts
Are Your Bank’s Digital Marketing Metrics Meaningful?
Identifying Beneficial Ownership: A Regulatory Conundrum
Forging a Digital Framework to Harmonize the Global OTC Derivatives...
The Paradox of AI and Investing
Malaysia’s Fight Against Climate Change: Perspectives from a Central Banker
Crypto-assets and the Relevance of International Private Law
Home Finance Assessing the Role of Development Finance in the Growth Process
Finance

Assessing the Role of Development Finance in the Growth Process 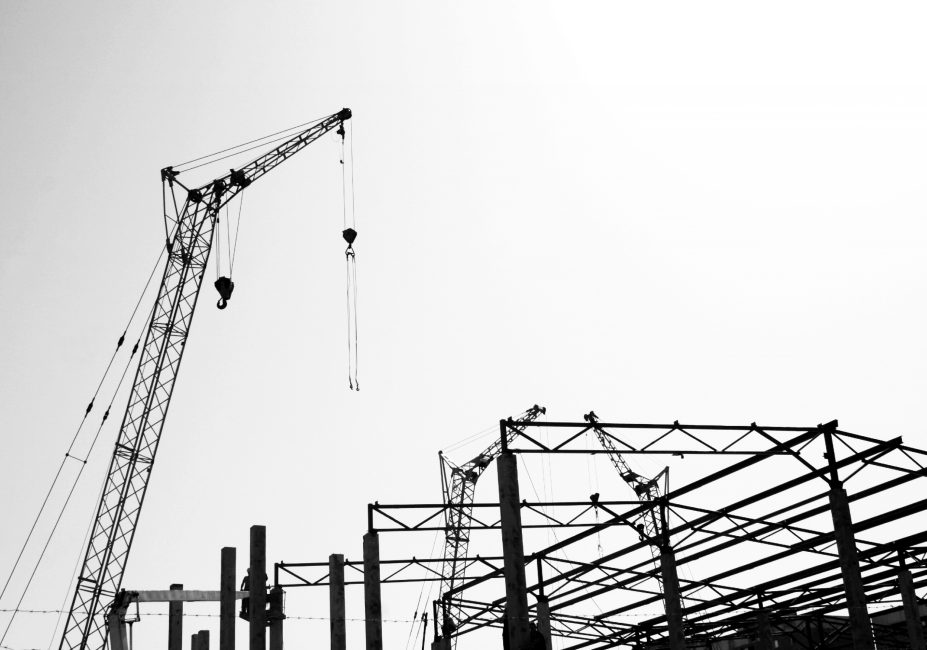 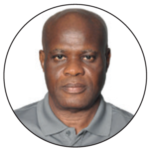 By Oluremi Ogun, Professor of Economics, University of Ibadan–Nigeria

This article is about a particular category of finance—development finance—that can be simply described as finance for economic activities beyond the short term. The motivation stems from the realization of the importance of this branch of finance to the growth and development process of an economy. Long-term asset acquisition and infrastructural development not only sustain the production base of the economy, they indicate its future trend. Thus, they are indispensable to any programme of rapid and sustainable economic growth and development.

Most market economies, including the developing type, frequently embark on programmes of economic adjustments to direct or redirect their growth processes. In the process, existing development finance institutions (DFIs) are often reorganized through the redefinition of their essence and focus or via merger, while others are often created as complements. Generally, however, for most developing-market economies, the collective contribution of these institutions remains in the theoretical realm. This paper provides a way of quantitatively appraising the contributions of these institutions to the growth process.

The rest of the paper is organized as follows. A reference to the extant literature is established in the next section. It is followed by articulating the analytical framework and the research questions. The specification of an empirical model constitutes the focus of the following section. A statement on the methodology concludes the paper.

The discussion of the role of medium and long-term finance in the growth and development process in the literature appears to be subsumed under the role of finance generally. In its seemingly current understanding, the theoretical underpinnings have a bearing on the work of Schumpeter (1911), McKinnon (1973) and Shaw (1973). Generally, these studies converged in their findings that government restrictions on the banking system in the form of interest-rate ceilings, high reserve requirements and indiscriminate intervention in credit programmes reduce the growth process. However, the literature has documented four views on the finance-growth nexus: supply leading, demand following, the mutual impact of finance and growth, and those suggesting a negligible role for finance in promoting long-term economic growth.

Patrick (1966) identified two possible patterns of causal relationships between financial development and economic growth. These relationships were coined: supply-leading and demand-following. The supply-leading view postulates a positive impact of financial development on economic growth. This implies that the creation of financial institutions and markets increases the supply of financial services and, at the same time, promotes economic growth. Supply-leading finance performs two functions: to transfer resources from traditional (non-growth) sectors to modern (high-growth) sectors and to promote and stimulate an entrepreneurial response in these modern sectors. Patrick argued that supply-leading finance would exert a positive influence on capital by improving the composition of its existing stock, efficiently allocating new investments among alternative uses and raising the rate of capital formation by providing incentives for increased saving and investment.

The McKinnon-Shaw hypothesis supports the supply-leading argument of Patrick (1966). Financial repression is the main focus of the McKinnon-Shaw school. It asserts that this policy harms long-run growth because it reduces the volume of funds available for investment. McKinnon (1973) suggested a complementarity relationship between the accumulation of money balances (financial assets) and physical-capital accumulation in developing countries. He considered an outside model of money demand. The author argued that, due to underdeveloped financial markets in most developing countries, there are limited opportunities for external finance, and all firms are confined to self-finance. Given that investment expenditures are lumpier than consumption expenditures, potential investors must first accumulate money balances prior to undertaking relatively expensive and indivisible investment projects. The “debt-intermediation” view proposed by Shaw (1973) is based on an inside money model. Shaw argued that high-interest rates are essential in attracting more savings. With more credit supply, financial intermediaries promote investment and raise output growth through borrowing and lending.

In the early 1980s, however, the theoretical underpinnings of the financial liberalization theory were criticized by some economists—notably the neo-structuralists, led by vanWijnbergen (1983) and Taylor (1983), who predicted that financial liberalization would slow down economic growth. The demand-following view postulates a causal relationship in the direction of economic growth to financial development. Patrick (1966) argued that modern financial institutions’ assets and liabilities and related financial services are the logical consequences of the demand for these services by investors and savers in the real economy. Thus, economic growth creates a demand for developed financial institutions and services (see also, Levine, 1997). In her view, Robinson (1952) pointed out that finance does not exert a causal impact on growth. Instead, financial development follows economic growth as a result of higher demand for financial services, suggesting a unidirectional causality. This line of reasoning was also supported by Gurley and Shaw (1967) and Goldsmith (1969).

Recent literature on the endogenous-growth theory has rekindled the debate on the relationship between financial development and economic growth. Since the 1990s, several authors have incorporated financial institutions into the analysis of endogenous growth models (e.g., Bencievenga and Smith, 1991; King and Levine, 1993).

King and Levine (1993) identified innovation as the engine of growth, which accords with the line of reasoning of Schumpeter (1911). They argued that an efficient allocation of funds from financial intermediaries to entrepreneurs can lower the cost of investing in productivity enhancement and stimulate economic growth. The financial system can influence the decisions of entrepreneurs to invest in productivity-enhancing activities by evaluating entrepreneurs, pooling resources, diversifying risk and valuing the expected profits from innovative activities. Therefore, financial markets help the efficient allocation of resources, which increases the probability of successful innovation. The rate of innovation is reduced with the existence of distortions like deposit-rate ceilings or high-reserve requirements.

On the contrary, many economists of the classical mould, including Lewis (1955), Kuznets (1955) and Friedman (1968), had overtly or covertly rejected any possible long-run growth effect for finance. There is also the belief that the development of financial markets may well turn out to be an impediment to economic growth when it induces volatility and discourages risk-averse investors from investing (see Singh, 1997).

Firms require money for financing the acquisition of long-term capital assets (including equipment, plants and machinery); governments need funds to finance infrastructural developments. The types of funds associated with these expenditures are not of particular interest to commercial banks because the gestation periods for repayment are usually outside their typical focus. Development banks or specialized banks are typically bunched together as other or alternative financial institutions specializing in this area of finance. For this purpose, they obtain funds from governments (at little or no cost) and multilateral financial institutions that provide funding (on soft terms) for developmental projects, some of which are often routed through these specialized institutions.

Development banks are often handicapped in their primary role of providing finance to developmental projects because of limited funds at their disposal. Since they are not empowered to borrow money from capital markets through, say, the issue of shares, they often augment the funds at their disposal by borrowing from other institutions at the market or near-market rates. Thus, their lending activities are subjected to “financial layering”, by which the interests they charge borrowers are additive to the interest they pay on their sourced funds (see e.g. Fry, 1995). This could, in some contexts, reduce the demand in real terms for finance from these institutions.

The problem may be worse in a situation in which the country of operation is going through an economic-reform process under which the cost of capital tends to be very high initially in response to the volatility in the general price level and other financial prices such as interest and exchange rates. Given also that contractionary fiscal and monetary policy stances are usually necessitated by the reforms, the possibility of the government increasing its subvention to these banks in the immediate to the short term is rather small. Thus, these banks may be unable to meet the increased funding requests of their clients. A situation of reduction in the real supply of finance ensues. The combination of declines in real demand for and real supply of funds imposes a penalty on output growth.

The pertinent questions arising from these scenarios are:

Three equations are pertinent to the study. They are demand, supply and output growth equations expressed sequentially below.

Where LD is demand for loans in real terms, rir is the real interest rate, sf is the size of firms, yp is the real size of the economy, rer is the real exchange rate and der is the dummy variable for the economic regime. Rer would be particularly relevant in the context of export-oriented firms. The signs under the variables denote the relevant partials.

Where open measures the degree of openness of the economy and all others are as earlier defined.

Where the new entries are Q = output at constant prices, ml/tld = the ratio of medium-long-term loans to total loans and advances, and m/p = real money balances.

The nature of the research questions calls forth the use of both primary and secondary data. Primary data could be sourced from the relevant development finance institutions (DFIs) operating in the country and obtained through personal interviews and questionnaires. The secondary data would come from published sources, including the individual banks, the central or state bank, the bureau of statistics as well as the World Bank (WB) and the International Monetary Fund (IMF).

The method of analysis would be conditioned by the nature of the data and research questions. Descriptive statistics would play an important part; this would be supplemented by correlation and causality analyses. Panel data analysis would also be relevant.

ABOUT THE AUTHOR
Oluremi Ogun is a Professor of Economics at the University of Ibadan, where he has taught modern monetary theories and practices to many generations of undergraduate and postgraduate students. He is an associate editor of the American Journal of Archaeology and Anthropology and co-editor of Global Economics Science. He is a member of the Econometric Society and an associate member of the Chartered Institute of Bankers, London.
Back To Top
Africa Economic GrowthDevelopment BanksDevelopment FinanceDevelopment Finance Institutions (DFIs)FinanceInfrastructural DevelopmentsNigeriaOluremi OgunUniversity of Ibadan
0 comment 0 FacebookTwitterPinterestEmail
previous post