Top Posts
Digital Transformation For Financial Systems In A Changing World
How Gamification is Catapulting Digital Banking to the Next Level
Challenges Remain, But There Are Opportunities to Be Had in...
Interview with Mr. Olukayode Pitan, Chief Executive Officer and Managing...
Commodities Outlook for 2023
The Value of Cash in a Time of Crisis: How...
Home Finance AT&T in talks to possibly acquire Vodafone; A Trans-Atlantic union of giants
Finance

AT&T in talks to possibly acquire Vodafone; A Trans-Atlantic union of giants 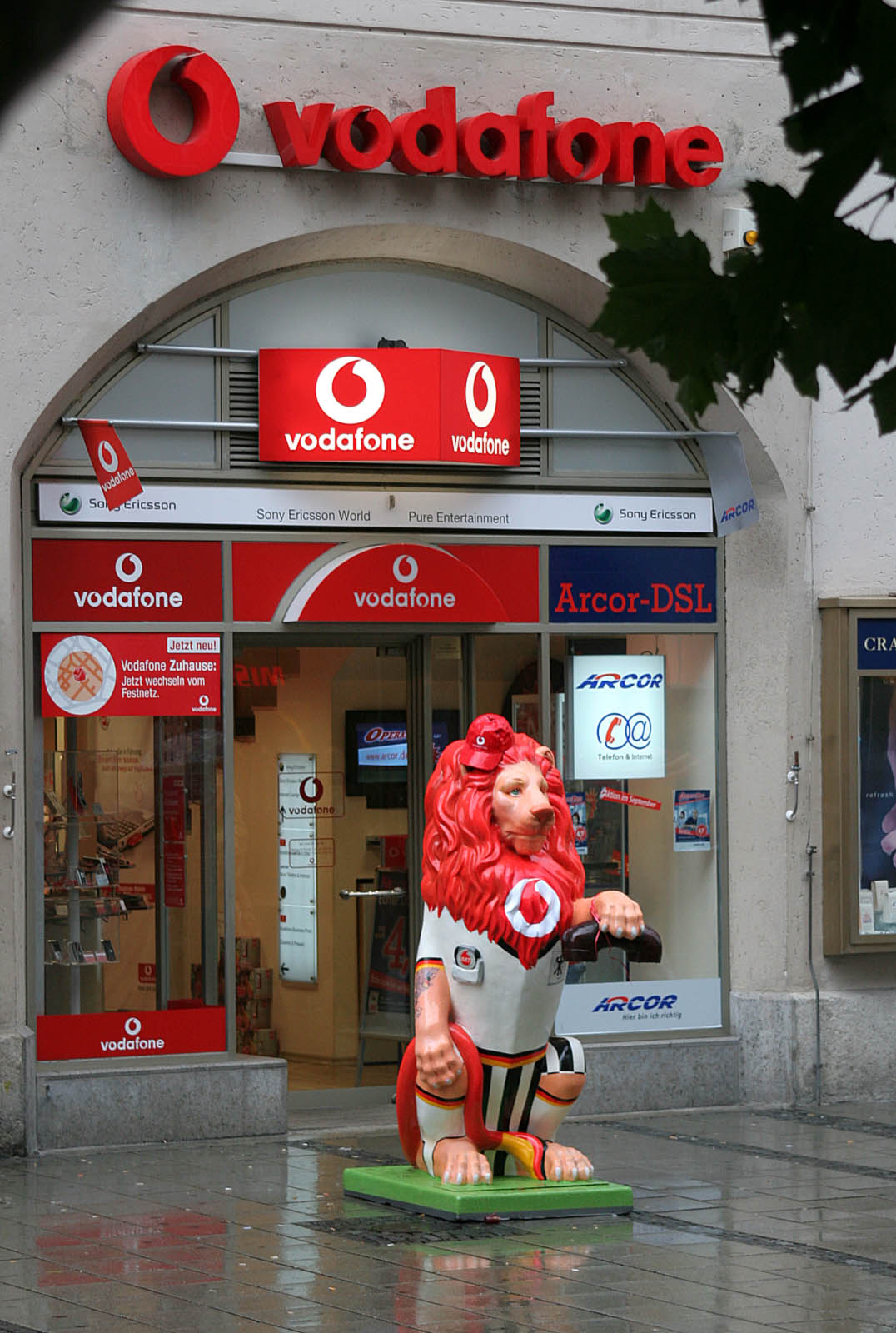 Talk of AT&T acquiring Vodafone for $175 billion has got the price of both stocks rising. Neither side has been forthcoming in discussing any aspect of the deal. It is expected that the acquisition by AT&T will provide better revenue opportunities for the company, especially, at a time when the company faces fierce competition in the US. If the deal does go through then the combined entity is expected to create the world’s largest telecom company by sales with a subscriber base of 500 million. At present, the stumbling block to the deal is said to be the fact that Vodafone is yet to sell off its stake in Verizon Wireless.

The recent quarter, which you can read about here, saw a steady performance by AT&T with an addition of about 363,000 wireless postpaid subscribers, whilst arch rival Verizon Wireless stood tall at 927,000. Revenue grew by 2.2% to $32.16 billion while net income was higher by 5% at just under $4 from a year ago. Though AT&T managed to beat expectations this quarter, a more competitive business environment in the US could dampen growth in the future. Therefore, the need to expand globally and seek investment opportunities has become somewhat of a priority for the executives of the company.

The importance of the deal for both sides should not be underrated but more so for Vodafone due to a number of reasons. From AT&T’s perspective the deal is more of an opportunity than a necessity. As already mentioned, AT&T is facing stiff competition in the US market and, therefore, is looking at the developed European market for growth opportunities. The Vodafone deal also presents a good opportunity for AT&T because of lower interest rates and the value of the stock. It was also inevitable that AT&T would chalk out plans for further expansion, considering the fact that it has a pile of idle cash on its balance sheet and with the opportunity that Vodafone presents they may look to leverage their war chest. The fact that AT&T is targeting only the European segment of Vodafone has not gone done well with a number of industry analysts. The reason for the skepticism is that although the bulk of Vodafone’s revenue comes from the developed markets of Europe, this segment has not been performing well in terms of growth. 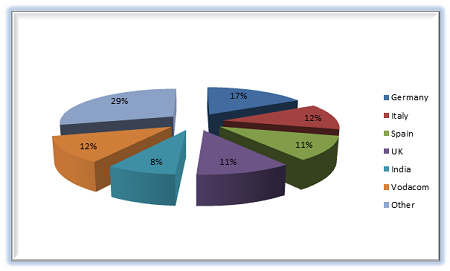 Revenue by key market (in %)

The company saw a double digit decline in revenue in Southern Europe, Italy and Spain contracted by 17.6% and 10.6% respectively. India and South Africa have been the growth drivers of late and by ignoring this market AT&T could be missing out on what will become even more lucrative markets in the short term. Moreover, the data services of Vodafone could deeply impact the revenue stream in Europe where new legislation has been put in place that seeks to remove any roaming charges across the European Union. Roaming charges accounted for nearly 5% of the revenues of Vodafone and by 2014 this could be totally eliminated if the new rules come into force. This should be a major consideration for AT&T before it makes an all-out bid for Vodafone as the tremors have already been felt on the performance figures of Vodafone in Europe.

The Vodafone-AT&T union may scale up the operations of AT&T and to some extent strengthen the bargaining power of the wireless carrier, while negotiating with Smartphone makers like Samsung and Apple. It would be difficult to realize any other synergies from this deal considering the tight regulatory hold in the European Union. There is a possibility that other telecoms companies may look to consolidate their position in the European market and beat AT&T to the punch with a deal for Vodafone. The French based company Orange is known to be looking for such opportunities across Europe. 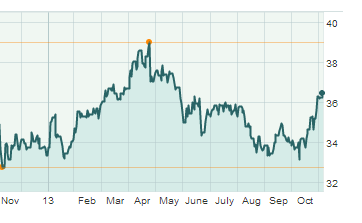 Share price movement of AT&T during the last year

The share price of AT&T has been relatively flat in the last year on account of a very mediocre performance. Vodafone on the other hand has managed to rise from 170p to 228p but the movement has been assisted by a more accommodating business climate in Europe.

The share price of Vodafone rose by 2.1% after Bloomberg reported on the possible takeover, whilst AT&T rose by 0.5%. While the hue and cry over the deal may cool down in a couple of days, investors should look to invest in AT&T only after understanding the repercussion of the acquisition. The parent company at present is struggling to sustain higher margins in the US as new players eat into their market share. Vodafone, on the other hand, has contracted marginally due to double digit contraction in Spain and Italy. With Asia and Africa out of the bargain, AT&T investors have every reason to raise their eyebrows when it comes to questioning the deal. Besides geographical coverage and a higher customer base, there is very little that Vodafone seems to be offering to AT&T.

Banking marketers should consider Lilitab for their next trade show kiosk