Top Posts
Are Your Bank’s Digital Marketing Metrics Meaningful?
Identifying Beneficial Ownership: A Regulatory Conundrum
Forging a Digital Framework to Harmonize the Global OTC Derivatives...
The Paradox of AI and Investing
Malaysia’s Fight Against Climate Change: Perspectives from a Central Banker
Crypto-assets and the Relevance of International Private Law
Home Finance Beyond the “Moment”: Mexico at an Inflection Point
Finance

Beyond the “Moment”: Mexico at an Inflection Point 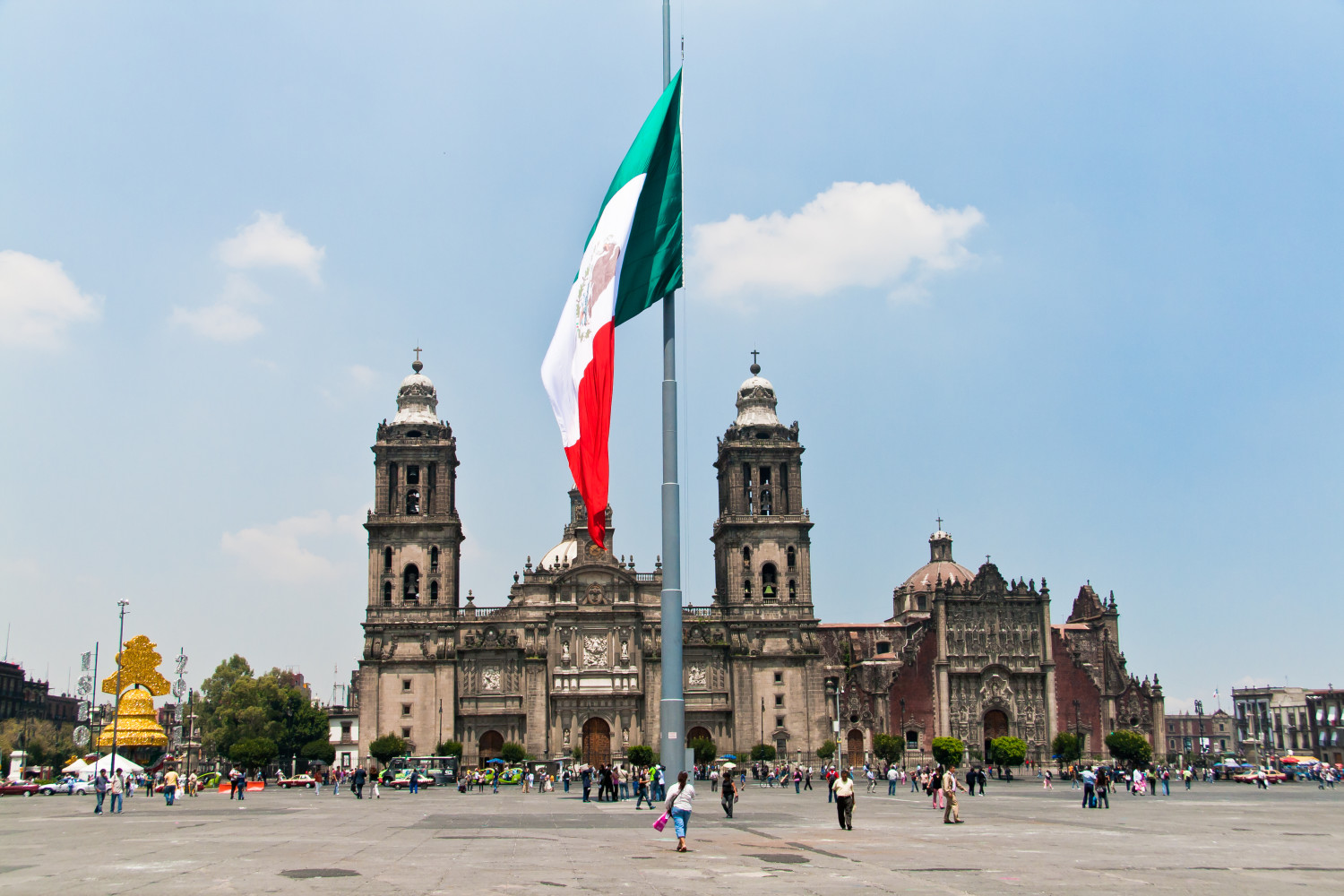 The “Mexican moment” sizzled and fizzed in 2013, then quickly fizzled out. The effervescence obscured a more fundamental truth: thanks to the 2013 structural reforms, Mexico is at an inflection point, just as it was when NAFTA took effect in 1994.

The reforms approved in 2013 are altering the structure of the economy as or, potentially, more profoundly than the opening up that began in 1986 and culminated in the negotiation of NAFTA. It may be taking longer for the transformation underway to make itself felt in Mexico’s growth rate than in the 1990s, but slow as the process may seem, the 2013 reforms are potentially further reaching and more beneficial than NAFTA.

Mexico’s challenge is to boost its sustainable long-term growth rate from the 2-to-2.5-percent range in which it’s been mired. The Peña Administration tackled the challenge in its first year in office, passing a sweeping agenda of structural reforms. In 2013, Mexico approved the opening of the energy and telecommunications sectors as well as passed reforms to promote competition and improve the educational system. (Another reform allows for the re-election of Congress members and mayors. The “fiscal reform” wasn’t in the same class as the other reforms. It has raised the government’s tax revenue, but it wasn’t a reform in terms of overhauling the tax code; captive taxpayers basically footed the bill.)

Every sector of the economy will feel the impact of less-expensive, higher-quality energy and telecommunications. The competition reform has the potential to bring consumers, be they individuals or companies, across sectors and across the country the benefits of greater choice, lower prices and better quality. Imagine the transformative potential of reforms that touch all sectors and offer the hope of changing deep-rooted, generational sources of inequality by equipping workers with the skills needed to earn higher salaries and to increase consumption, broadening and deepening the domestic market in the world’s 15th largest economy.

Why hasn’t the promise of the 2013 reforms to jumpstart growth yet been realized? In part it’s because of a much less propitious external environment. It’s bad luck that just after Mexico approved the long-awaited, much-needed structural reforms, oil prices plunged, the Fed began unwinding its experiment in monetary policy, and world growth slowed.

Outsized expectations also play a role in the disappointment with Mexico’s growth rate. Reforms don’t work their magic overnight. That Congress passed the reforms and a majority of Mexican states ratified them was an historic accomplishment. But it was just the first step in a lengthy process. Secondary legislation needed to be passed, implementing regulations written, and new regulatory bodies created and staffed. It all takes time. The impact of energy reform is already evident in the electricity sector. It will take several more years before the changes in the oil sector pay off in a big way. Politically, big promises about boosting growth had to be made to drum up support for the reforms. Realistically, it’s hardly surprising that growth has been sluggish, given the time needed to implement the reforms and the less congenial external environment.

The best news is macro-economic stability. In Mexico, it is now taken as a given. Although macro-economic stability is very difficult to achieve and won at hard cost, it quickly becomes boring when growth is modest. But it’s a mistake to underestimate the accomplishment. In a country in which currency depreciation immediately translated into across-the-board price increases, it is an incredible accomplishment that inflation has fallen to historically low levels when the cost of a dollar is posting new highs (a 16-percent depreciation from June to June). That two things unimaginable in the 1980s and 1990s—3-percent inflation and de-linkage—are taken in such a matter of fact way suggests the profound transformation in expectations that has occurred.

Not all is perfect, of course. NAFTA transformed Mexico into a world-class export powerhouse, but consumption is the largest piece of the economy—60 percent of aggregate demand. The challenge of growth has been and remains the creation of a more vibrant domestic market, one that complements and can substitute for exports when the world economy or the US is weak. That means job creation and real wage growth; consumer credit can help. So long as 58 percent of the people with a job are working in the informal economy, productivity will be an issue and taxes will remain an inadequate percentage of public-sector revenues. This administration has made a sustained effort to “formalize” jobs by registering workers in the Social Security Institute who should have been registered but weren’t. In addition, the campaign to reduce informality promotes respect for the rule of law, a prerequisite for graduating into the ranks of “developed” countries.

Mexico’s public-sector-debt-to-GDP ratio is an enviable one by world standards—40.9 percent of GDP as of March 31, 2015. However, it’s been rising: at the end of 2007, the ratio was 17.5 percent. With plenty of appetite for Mexican issues, both public and private, in the international capital markets and plenty of need in the country, it’s difficult for any government to resist the temptation to let the deficit creep higher. To its credit, this administration reacted to the plunge in oil prices (oil contributed 30 percent or more of public-sector revenues between 2001 and 2014) by announcing reductions in public spending this year, even though 2015 revenues were basically covered by “in the money” puts on oil prices. Holding the line on expenditures when the president’s approval ratings are posting historic lows is courageous. How long it is politically feasible is a question.

Violence and corruption are longstanding challenges that increase businesses’ costs. But neither corruption nor violence is unique to Mexico. Headlines attest to the prevalence of the former in the world’s largest developing economy. Closer to home, examples abound in South America’s largest economy. In Mexico, the financing of politicians’ homes, the construction of a bullet train and the building of the Mexico City metro line have featured prominently in the list of recent corruption scandals. In the last 20 years, the rise of non-governmental organizations (NGOs), social media and greater freedom of the press haven’t eliminated corruption, but they have exposed it and are, hopefully, curbing corruption. Protection of intellectual property rights is on the agenda.

Violence is a tougher nut to crack. There’s a real question as to who governs in some areas of the country. It’s intimately tied to the traffic in illegal drugs and arms with its northern neighbor. Presidents from both of the parties that have held the presidency since 2000 have acknowledged and attacked the problem. It won’t be solved quickly or easily. No government can afford to let up. After all, it’s the raison d’etre of the government itself that is being challenged.

Its size and location ensure that Mexico can’t be ignored. The country has 122 million people and a GDP of US$1.2 trillion, and it is located on the southern border of the world’s largest consumer market. NAFTA transformed Mexico from an oil exporter to a manufacturing-export powerhouse. The Mexican government boasts of having more free-trade agreements than any other country in the world.

Mexico has been at the forefront of the sea changes in international financial markets. One of the first countries to borrow massively from international banks in the early 1980s, Mexico was the first to issue Brady Bonds. A path breaker for the emergence of emerging markets as an asset class, Mexico was the flavor of the month in world capital markets in the early 1990s, attracting substantial foreign investment in bonds and equities. The 1995 “Tequila Crisis” sparked the one-of-a-kind US Treasury-led and -financed rescue. Mexico’s adoption of a floating-exchange-rate regime set a new standard for developing countries. The subsequent development of sophisticated, deep local capital markets (by emerging market standards) coupled with no currency controls or taxes on foreign portfolio investment made Mexico one of the first and most important destinations for foreign portfolio investment.

Similarly, Mexico is at the forefront of the adjustment to the “normalization” of US monetary policy that is roiling international financial markets. The adjustment to a less favorable international environment is occurring without crisis or panic. While growth is slower than desired or needed, the growth rate is gradually picking up. The slow-motion devaluation underway for over a year has made Mexicans poorer but it hasn’t unleashed an inflationary spiral. If weak demand has a benefit, that’s it. Over the next few years, we’ll see if the policies Mexico is implementing are able to jumpstart growth or whether the country’s economic success depends on the congeniality of the external environment.

It’s easy to criticize the government for not doing more. It’s also important to recognize that the path of reformers is the most difficult of all: they do more than conservatives would like and never do enough to make radicals happy. In the messy world of policy-making, solutions are what are possible, not necessarily what’s optimal. In the balance between Panglossian optimism and the pessimism that comes from knowing too many details about Mexico and not enough about other countries, Mexico can’t be ignored.

ABOUT THE AUTHOR
Deborah L. Riner, who holds a PhD from Princeton University, is the Chief Economist of AMERICAN CHAMBER OF COMMERCE OF MEXICO. Prior to joining the Chamber in 1990, Dr. Riner was a Vice President of Bankers Trust Company of New York where she was engaged in Corporate Finance.

Dr. Riner writes extensively on the Mexican economy and speaks regularly to business and professional groups in Mexico and the U.S. as well to the press and government officials in both countries.

The recipient of fellowships from the Brookings Institution, the Organization of American States, the Social Science Research Council, the Institute for the Study of World Politics, and Princeton University, among others, she has been a Guest Scholar at the Overseas Development Council, the Royal Institute of International Affairs, Universidad Católica de Chile and Centro de Estudios del Desarrollo de Estado y Sociedad in Buenos Aires.

She has served on the Technical Committee of Centro de Estudios Económicos del Sector Privado (CEESP) as well as two advisory committees of the Mexican Institute of Finance Executives (IMEF): the Economics Advisory Committee and the Indicator IMEF Committee.

Dr. Riner presently serves on the Board of Governors of the International Community Foundation and of Progresemos, a microfinance company. In the past, she has served as Vice President and Treasurer of the Board of Directors of the American School Foundation and Vice President of Pro-Mujer Mexico as well as on the Finance Committees of the ABC Hospital, the Tomas Moro Dos School, and of the El Escondrijo Community Association.

This was a great pleasure to read. Well articulated and written.