Top Posts
Challenges Remain, But There Are Opportunities to Be Had in...
Interview with Mr. Olukayode Pitan, Chief Executive Officer and Managing...
Commodities Outlook for 2023
The Value of Cash in a Time of Crisis: How...
The US-Africa Leaders Summit: Fostering a Closer Relationship with the...
Three Key Sectors in Which to Invest in 2023
Home Finance Brazil’s Progression Toward Greater Integration with the World Economy
Finance

Brazil’s Progression Toward Greater Integration with the World Economy 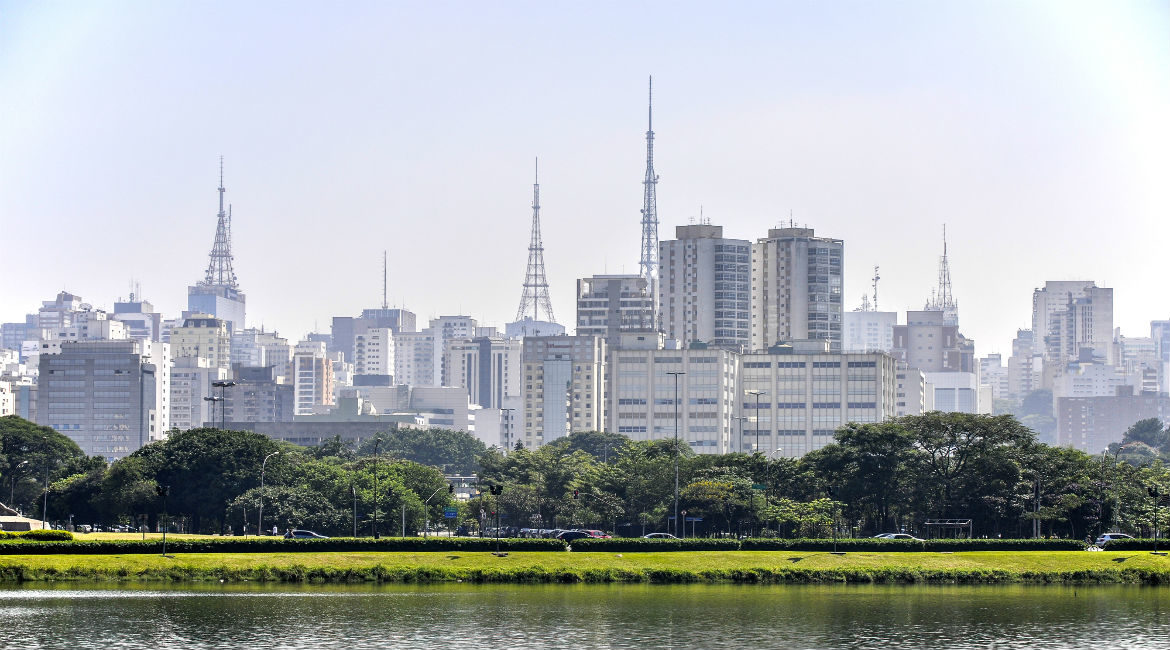 By Marcello Estevão, Global Director of Macroeconomics, Trade, and Investment at the World Bank. (He was Brazil’s Deputy Minister of Finance for International Affairs, G20 Deputy, and Chairman of the Board of Directors of the New Development Bank, Shanghai, from end-2016 to end-2018.)

Following the impeachment of President Dilma Rousseff in mid-2016 and the inauguration of President Michel Temer, who had been Vice President, the new team responsible for Brazil’s international economic agenda worked diligently for greater integration of our country into the world economy. That has happened in many areas, including relations with international organizations, the domestic framework for officially supported export credits and trade policy.

With regard to relations with international organizations, the team has contributed to deepen Brazil´s participation in the Organisation for Economic Co-operation and Development (OECD), the mandate of which focuses on the discussion and international consolidation of best practices in public policies.

Brazil’s Finance Ministry paved the way for the submission of the Brazilian Government´s request for OECD membership in May 2017; the beginning of a process that has resulted, so far, in a significant expansion of Brazilian adherence to the OECD legal instruments. The country has already adhered to 56 instruments and requested adherence to another 79, which qualifies Brazil as the non-member country with the highest degree of compliance to OECD standards. The process of Brazil’s adherence to the Codes of Liberalization of Capital Movements and Current Invisible Operations, a key instrument in the OECD normative framework, started in 2017 and is expected to be concluded in 2019. The government-wide effort required for this adherence to happen also counted on leadership from Brazil’s central bank, the Ministry of Foreign Relations and former President Temer’s own cabinet.

The Ministry has also supported the strengthening of financial cooperation within the BRICS (Brazil, Russia, India, China and South Africa) movement, aimed at forging stronger partnerships geared to national development.

Of particular note are initiatives for the effective launching of operations of the New Development Bank (NDB), composed of the five BRICS members. The Ministry’s efforts contributed to results in two areas: (i) approval of four projects funded by the NDB in Brazil since 2017, corresponding to a portfolio equivalent of US$621 million; and (ii) the signing in July 2018 of a Headquarters Agreement for the establishment of the Regional Office of the Americas, which will operate in São Paulo and will have a representative office in Brasília.The opening of the Regional Office in 2019 will contribute to the identification of projects and the expansion of the NDB portfolio within the public and private sectors in Brazil.

The beginning of the BRICS’ Brazilian presidency in 2019 will be an opportunity for further progress in topics that we have supported. Those include the expansion of the NDB to new members, strengthening of infrastructure-investment cooperation and the constitution of a financial mechanism to assist the development of local corporate-bond markets (BRICS Bond Fund).

It is important to note that tighter relations with OECD and BRICS countries are not mutually exclusive, as the effective actions taken in the past two and a half years bear witness. Brazil has had a rich history of independence and pragmatism resulting from its privileged geopolitical position in the world (including no military problems at its borders), relatively smooth political transitions and no serious civil unrests. Those factors have allowed the country to have independent positions in international fora and establish economic ties with different countries, aiming solely at benefiting its population.

In the same vein, Brazilian representatives have also worked in the past two and a half years to strengthen the international financial institutions of the Bretton Woods system.

With regard to the IMF (International Monetary Fund), that work strived to support the Fund´s contribution to the international financial safety net, in a context of tightening global financial conditions and heightened trade tensions. In that regard, the Brazilian Government has supported the timely conclusion of the Fifteenth General Review of Quotas, an important process for both the expansion of resources available to the Fund—in light of its mandate of prevention and resolution of balance of payments crises—and its institutional adaptation to the dynamism of some members, especially emerging-market economies.

With respect to the World Bank, Brazil´s economic team has sought continued support for economic growth, focused on financing public-sector projects and leveraging resources from the private sector. Moreover, the dialogue with the World Bank has led to a partnership in the analysis of key topics of the domestic economic agenda, anchored in the World Bank’s expertise and reflected in reports covering topics such as productivity, labor market, fiscal policy, water-resources management, reform of the Social Security System and the infrastructure gap in Brazil. We have also taken an active position in the negotiations for an increase in World Bank capital concluded recently. Thanks to these negotiations, large middle-income emerging economies (such as Brazil and China) will continue to benefit from engaging with the World Bank, while also contributing to the Bank’s activities in less developed areas of the globe.

Over the last years, Brazil’s Finance Ministry has supported the work of the G20, the main forum for international economic cooperation among its members. In addition to contributing to the different activities carried out in the group’s “finance track”, the Secretariat of International Affairs (SAIN/MF) co-chaired with Australia the G20 Infrastructure Working Group (IWG) in 2018. Based on the objective of attracting private capital to the financing of infrastructure with the creation of an asset class, this work has centered on possible measures by governments and international organizations to reduce transaction costs and mitigate risks that are hard for individual investors to bear, so that investment can flourish in this sector.

In practice, the IWG’s co-chairs directed the work toward different topics: provision of guarantees by multilateral banks; implementation of minimum requirements for project preparation (in multilateral banks and local institutions); standardization of contractual and financial clauses for mitigation of risks and legal uncertainty; and establishment of a global infrastructure database. The discussions referred to common G20 problems affecting both emerging and more advanced economies. At the same time, these interactions have helped to shed light on the governance of infrastructure investment in Brazil. Indeed, the international debate has filtered through views on how national development banks and, more generally, government policies for the sector should be designed.

In the period considered, there was significant progress with regard to the framework for officially supported export credits, in light of the role of SAIN/MF in the management of the Export Credit Insurance System (SCE), backed by the Export Guarantee Fund (FGE) and the recovery of credits arising from direct financing (FINEX/PROEX).

In November 2016, Brazil joined the Paris Club, the main international forum for coordination of official creditors. This step strengthened Brazil’s role in supporting coordinated and sustainable solutions to the recovery of debts incurred by other nations, in a scenario of our consolidation as a creditor to different governments. In parallel, the SCE/FGE governance was improved, with the launching of an integrity and compliance program in 2017 that was geared to curb acts of corruption, laundering or concealment of funds, and financing of terrorism in guaranteed operations.

We have also prepared an overhaul of the SCE financial structure that is ready to be implemented by the new administration. The new structure is centered on a fund that is capitalized by the premia paid by insured exporters, instead of having these premia enter in the government’s general budget, as has been the case since the program’s inception 20 years ago. The fund would have a private nature and would be backed by capital already available in ABGF (Brazil’s export credit agency) and, ultimately, by Brazil’s Treasury. This way, managers of the system (the new Ministry of Economy) would not have to go to Congress to request additional resources to pay for unexpected obligations above and beyond what had been budgeted the year before. Payments to insured private-sector representatives would happen more efficiently, thus reducing the uncertainty surrounding the current system. By being more credible and better designed, the new system would provide more support to exports of large manufacturing goods and services that are not covered by the private sector. After some years of good financial performance, we expect that private-sector investors would be interested in participating in this fund, further reducing risks to Brazil’s taxpayers.

Importantly, I should also highlight the Finance Ministry’s efforts in support of greater trade liberalization, as Brazil is one of the most closed economies in the world. This relative trade isolationism is mainly the result of restrictive policies, including high tariffs and non-tariff barriers, which were for years less concerned with the welfare of the average Brazilian citizen and more concerned with providing protection to domestic producers. These policies had disastrous consequences for domestic productivity, competitiveness, consumers’ welfare and income per capita.

Table 1: International trade as a share of gross domestic product (GDP) (2016, in percentages)

Source: World Bank. World Development Indicators. (Series description: “The sum of exports and imports of goods and services measured as a share of gross domestic product”. Accessed on April 4, 2018.) Elaboration by Estevão and Alcaraz (2018).

Since 2016, the participation of SAIN/MF in the trade-policy decision-making process has been guided by the objective of reducing the so-called “Brazil cost”. That was achieved by cutting import tariffs and suspending (or not applying) antidumping and countervailing measures when appropriate. With regard to tariffs, the Secretariat presented proposals for the gradual reduction of sectoral rates, with significant potential impact on economic growth. Analytical work by ministry officials regarding the temporary reduction of import tariffs in scenarios of supply or demand shocks supported 159 tariff-reduction proposals to the Brazilian international trade committee (CAMEX, comprised of representatives of seven ministries) and Mercosur (Southern Common Market). This work has resulted in tariff reductions and direct savings to importers estimated at US$470 million. Concerning antidumping and countervailing measures, we coordinated public-interest analyses to avoid those measures when costs for the Brazilian economy would surpass gains to specific sectors. As an example, official estimates show that the suspension of duties on hot-rolled, flat steel products in 2017 prevented an annual net negative impact on the Brazilian economy in the order of R$1.5 billion (approximately US$400 million).

The set of initiatives implemented since 2016 have aimed at increasing Brazil’s global presence and fostering the domestic objective of economic growth with stability, backed by advances in productivity and efficiency of public policies. The period has witnessed significant progress, which has also provided opportunities for follow-up and further improvement to the administration that has just started in 2019. Indeed, the new government was elected with the stated objective to better integrate the Brazilian economy into international trade and capital flows. The next step seems clear: supporting the efforts of the outgoing economic team to reduce barriers to trade and facilitate imports of goods, services and technology. That would be a crucial contribution to productivity growth and the reduction of production costs in Brazil, as has happened in other countries when similar reforms were implemented.

Financial-Crime Compliance in a Real-Time World