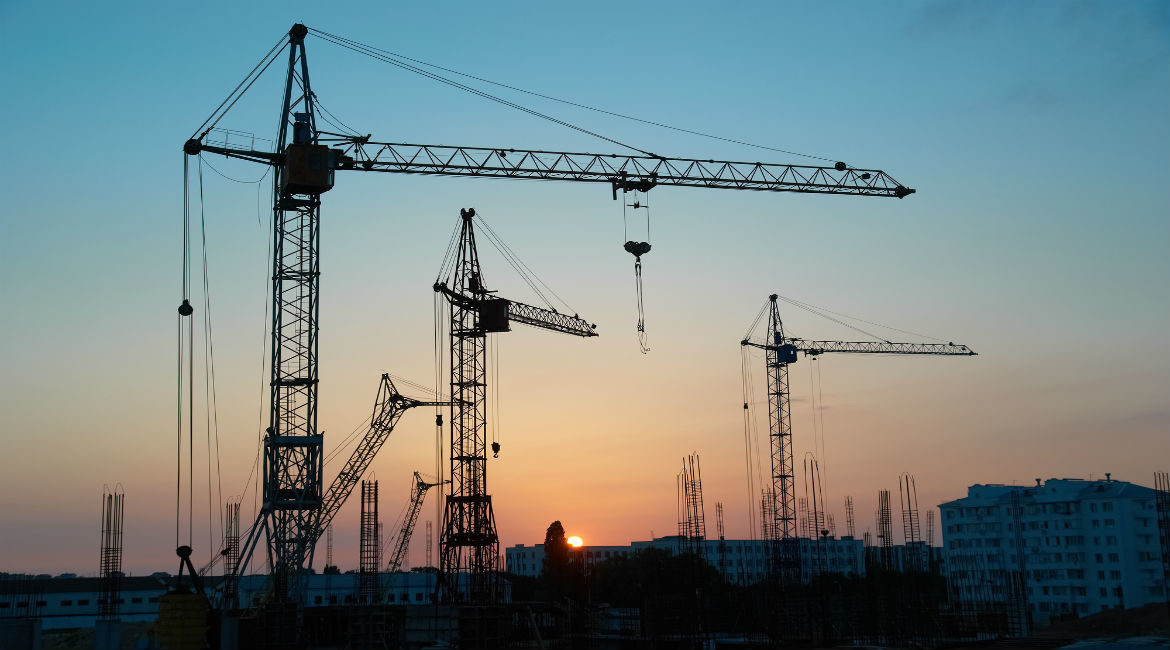 In April, the Office for National Statistics (ONS) released its UK House Price Index statistical bulletin for February, showing that with their +0.6-percent growth from a year earlier, UK house prices rose by the lowest annual rate since September 2012’s 0.4 percent. February’s annual growth was also markedly lower than the 1.7-percent growth in house prices recorded for the year to January 2019. The lacklustre performance is a strong indication that the uncertainty over Brexit continues to weigh heavily on the UK housing market.

Indeed, annual price increases have been on a consistent downward trajectory since the United Kingdom’s referendum vote to leave the European Union was held back in June 2016: 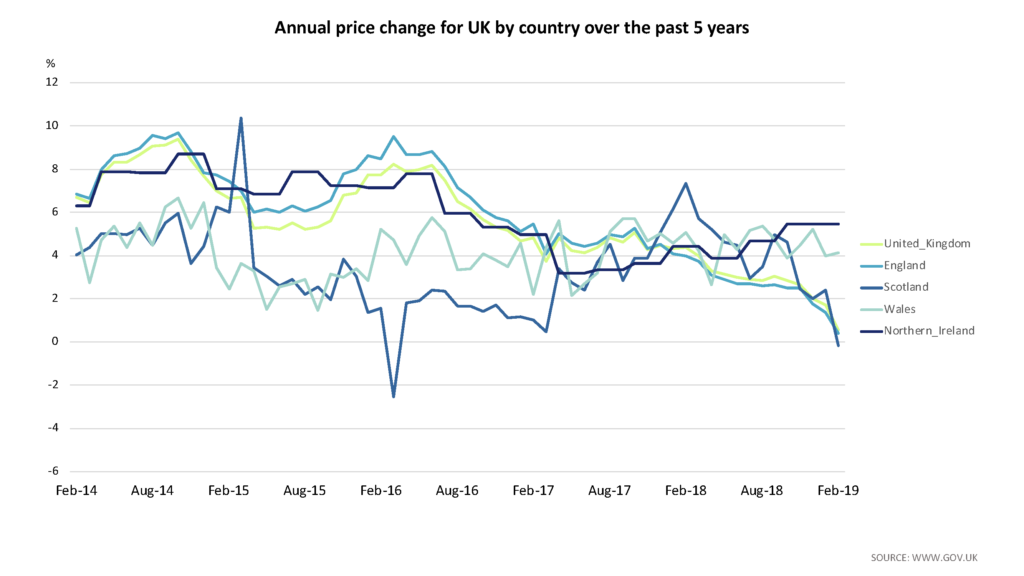 The protracted Brexit process, which was initially planned for March but which has now been delayed until October 31, has been a considerable drag on house prices over the last several months, with the most recent ONS figures largely reflecting the dramatic fall in prices being experienced in London and its surrounding regions. The capital city posted the lowest growth rate in the country, with prices falling by 3.8 percent during the year to February, a significant decline from the 2.2-percent contraction in January. The South East also saw prices fall over the same period, by 1.8 percent, marking the first time the region has seen negative growth since October 2011. With an unfavourable Brexit deal for the UK still remaining a distinct possibility, London’s status as one of the world’s premier financial centres remains under threat—prices are now 6 percent lower than their peak reached in mid-2017. At the other end of the scale, however, both Wales and the North West have continued to enjoy buoyant growth in house prices, with 4.1-percent and 4.0-percent rises being recorded respectively.

The weak ONS figures are supported by other leading housing-market institutions. According to the Royal Institution of Chartered Surveyors (RICS) monthly survey for April, for instance, the net balance of reported house-price increases versus declines was posted at -23 percent, meaning that more surveyors reported decreases in prices in their designated areas than increases. While not quite as disappointing as February’s -27 percent—the weakest reading in almost eight years—April’s figure, which was the same as March’s, will do little to suggest that a turnaround is on the horizon.

A sustained fall in new-buyer enquiries has contributed considerably to the weaker price trends in certain parts of the country, with April marking the ninth consecutive month of falling inquiries. This trend corresponds with recent Bank of England (BoE) data, which showed that UK lenders in March approved the fewest mortgages since December 2017. The RICS survey also showed that fewer properties are being put onto the market, with sellers continuing to hold back during this time of uncertainty. A net balance of 35 percent of surveyors have experienced declines in new instructions during the month, which is the weakest recording since June 2016.

But while many downbeat assessments of the housing market have emerged in recent times, not everyone sees things in such a negative light. Halifax recently reported an uptick in annual house-price growth in the three months to April. The period saw a 5-percent increase from the previous year, which is the highest growth rate since February 2017 and almost double the 2.6-percent annual growth for the three months to March. However, the figures from the country’s biggest mortgage lender have been called into question by several analysts, with Samuel Tombs, chief UK economist at Pantheon Macroeconomics, declaring that the reported surge “cannot be reconciled with any other evidence from the housing market”. Even Halifax Bank Managing Director Russell Galley has sounded a note of caution, stating that the data “factors in a notably high growth figure recorded in February this year, driven by a higher volume of London sales and more expensive new build properties”.

Looking forward, the outlook does not appear to be particularly positive, either. Clearly, the final decision on Brexit will play a major role in dictating which direction house prices ultimately take; but many of the forecasts for the remainder of the year suggest that the market will remain subdued. According to Howard Archer, chief economic adviser to the EY Item Club, a UK-based economic forecasting group, Brexit’s six-month delay to the end of October could be positive for house prices. “It is possible that the avoidance of a no-deal Brexit at the end of March could provide a modest boost to the housing market through easing some of the immediate uncertainty and concerns,” Archer stated. But he also added that it was more likely that due to the Brexit delay, “prolonged uncertainty will weigh down on the housing market and hamper activity”.

Rightmove, the UK’s foremost property website, also recently suggested that the Brexit delay may result in a brief rally over the summer on the back of a “window of relative certainty in uncertain times”, in the words of the company’s founding director, Miles Shipside. But many predict a more pessimistic outlook for the UK’s housing market this year. RICS, for example, cites Brexit uncertainty and a lack of available stock to purchase as being the biggest constraints on the market at present, meaning that “little change in momentum is anticipated in the near term”. Over longer time horizons, moreover, the organisation predicted in April that prices are likely to decline across the country for six months, while the bear market would stretch to a full year for London and the South East. RICS chief economist, Simon Rubinsohn, acknowledges that there is “little conviction in the feedback from respondents to the survey that activity in the housing market will pick up anytime soon…. The key RICS buyer enquiries indicator remains subdued, and sales expectations looking a year out are only modestly positive”.

It should be noted, however, that Brexit is not the only factor cooling the housing market at the moment. A higher stamp duty and changes to the buy-to-let taxation system mean that it is not as lucrative to lease out property as it was once upon a time. With upper-bracket taxpayers soon unable to deduct their mortgage expenses from rental income to reduce their tax bills, and with tighter mortgage-lending regulation having come into play, moreover, landlords are not as incentivised to buy-to-let as they were previously; and as such, they are buying fewer homes.

But as long as the country remains in an unresolved situation regarding Brexit, it would seem that London, as well as much of the rest of the United Kingdom, will continue to experience a bearish housing market. Assuming no further delays, therefore, October 31 has become a crucially important date, when both house buyers and sellers will no doubt gain some much-needed clarity.

One Year On: The Impact of the GDPR on Digital Banking