Top Posts
Global Military Spending Hits a Record High
Could Big Tech’s Iron Grip on Digital Advertising Soon Come...
Can Recent Oil Discoveries Prove to be a Boon for...
Is It Time to Explore an Alternative to Fractional-Reserve Banking?
Can AgTech Prove Instrumental in Helping to Feed the World’s...
Can the Indo-Pacific Economic Framework Expand US Economic Influence in...
Home Finance Brexit: Where Are We Headed?
Finance

Brexit: Where Are We Headed? 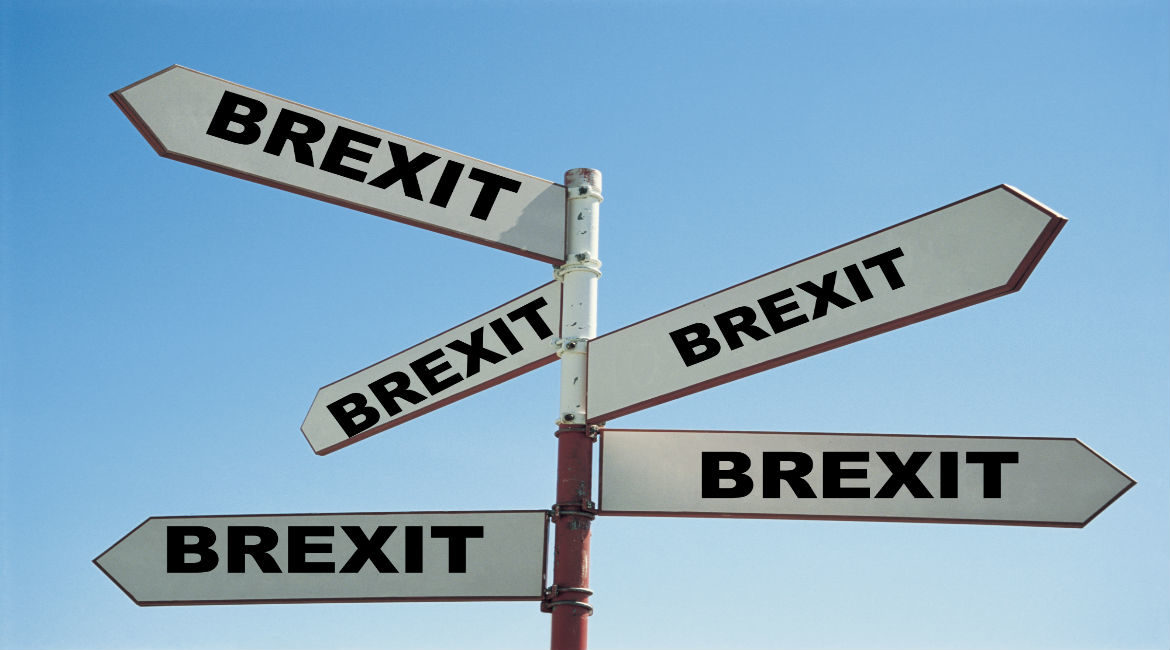 By Prof. Anand Menon, Director, UK in a Changing Europe

More than one year on. … Virtually no more clear.

Those two short sentences effectively summarise where we are with Brexit. Prime Minister Theresa May’s preference for a “hard Brexit”—leaving both the single market and the customs union – remains unshaken. But the outcome of the election has undermined her ability to impose this solution on her cabinet, her party and her country.

So, what are the options? Britain is seeking to complete two sets of negotiations with the European Union (EU). The first—Article 50, or the “divorce”—is about tying up the loose ends of membership. The second pertains to arranging the nature of relations with the EU into the future.

In its recent report “Cost of No Deal”, the UK in a Changing Europe outlined four possible outcomes from these talks. A “smooth Brexit” would see Britain having both the Article 50 and the trade deal signed, sealed and delivered by March 2019. Under a “transitional Brexit”, the Article 50 deal would be agreed upon, and the two sides would settle on transitional arrangements to bridge the gap to a full deal.

But then there are the two “no deal” scenarios. A “cliff-edge Brexit” is one in which an Article 50 deal is agreed upon, but trade discussions either break down or fail to make real progress. On March 29, 2019, the United Kingdom would become a “third country”, with no special relationship of any kind with the European Union (EU). WTO (World Trade Organization) rules would apply to its trade with the EU. Finally—and the ultimate “no deal” scenario: a “chaotic Brexit”, meaning that the UK would leave the EU with no deal—divorce or trade—at all. The UK would cease to be a member state. But all the outstanding issues—the rights of citizens, the size of any exit bill and so on—would remain unresolved. And as in the case of a “cliff-edge” Brexit, the UK would become a third country with respect to the EU, with WTO rules applying to trade.

Scenarios three and four imply what is known as a “hard Brexit”—leaving both the single market and the customs union. Both a “smooth Brexit” and a “transitional Brexit” could lead to either a “soft” or a “hard” outcome.

Prior to the snap election, a betting person would have placed money on a “hard Brexit”, through whichever of the above processes. Theresa May proved surprisingly effective in imposing her interpretation of the referendum result—leaving the jurisdiction of the European Court of Justice and ending freedom of movement—on both her government and her party. Ministers—with the exception of the Chancellor—effectively closed their ears to those business people who tried to argue in favour of continued single-market or customs-union membership.

Subsequently, however, the picture has become far hazier. Each of the four processes by which the UK might leave the EU remains possible. It is entirely conceivable, for instance, that no Article 50 agreement will be reached—the three issues of money, the Irish border and citizens’ rights are all highly contentious in their own ways. While neither side wants this, politics sometimes delivers undesirable outcomes.

But if we assume that the Article 50 talks progress to the point at which, in the autumn, the European Council (EC) agrees that “sufficient progress” has been made to allow negotiations on trade to start, then the uncertainty about our ultimate destination will be intensified. Because of the snap election, Theresa May has lost her authority over her government—as recent public spats over the idea of a transitional arrangement made all too clear. Consequently, her ability to steer the country towards a hard Brexit is signficantly compromised. If nothing else, the creation of a new government advisory group on Brexit involving the main UK business organizations shows a willingness at least to listen to the arguments of British businesses.

So now attention shifts to Parliament in which, ultimately, the fate of Brexit will be decided. There are two crucial pinch points. The first will occur this autumn with debates over the withdrawal bill, the legislation necessary both to take the UK formally out of the EU and to ensure that Brexit does not lead to a legal vacuum as EU laws cease to apply. The second will be a year later, as whatever deal the prime minister has managed to negotiate is presented for debate and approval.

On both of these occasions, Parliament will have a chance to shape Brexit. With the withdrawal bill, there has been talk of amendments that would instruct the government to pursue a “softer” form of Brexit than the Prime Minister seems to want. When it comes to the deal itself, “Remainers” whisper about the possibility of Parliament insisting on a referendum to decide whether what is on the table is preferable to continued membership.

What happens on both occasions, and indeed in the period between them, hinges crucially on how MPs (Members of Parliament) decide to act. Both major parties are deeply divided (on Brexit and a number of other issues). The whips on both sides, however, are desperately making the case that disunity would lead to the worst of all possible outcomes: the Tories are chastened with the prospect of a Jeremy Corbyn election victory; Labour backbenchers with being held responsible for continued Tory rule.

How this will all pan out is anyone’s guess. There are already signs that backbenchers will simply toe their party lines. Conservative MPs—such as Nicky Morgan—who had, since January, been conspicuous by their absence from the Brexit debate, have once again begun to voice their disquiet over the path being chosen. Fifty Labour MPs defied the whip at the end of June to back the UK staying in the single market.

None of this, of course, implies that Brexit can necessarily be softened. Those who attempt to impede the smooth passage of the (Withdrawal) Bill can all too easily be portrayed as attempting to overturn the outcome of the referendum. A fear of Corbyn may prove more potent on the Tory benchers than concerns over a “hard Brexit”. And, of course, if talks in Brussels break down, there is not much anyone in the Palace of Westminster can do about that.

But the game is afoot. And the stakes are high. Economists are in little doubt that a “hard Brexit” would have severe consequences: the latest research suggests that leaving the single market and the customs union might reduce the UK’s trade with the EU by some 40 percent, impacting severely on gross domestic product (to the tune of 3 percent a year) in the process.

Either way, therefore, British politics will be profoundly shaped by what happens over Brexit. Large-scale rebellions over key pieces of legislation such as the (Withdrawal) Bill would place enormous strain on the two large parties and intensify talk of the creation of a new centrist political force (for the record, I think that much of this is merely talk, and that such a new party would struggle to attract either enough MPs or enough voters). Equally, a “hard Brexit” would have massive political implications as its consequences became clear, and the economy begins to feel its effects.

Which brings me, finally, to transition. Transition, it’s worth being clear, does not change anything I have said about the kind of Brexit the country ends up with. It is merely a way of prolonging negotiations, delaying the economic impact of leaving the EU, and allowing more time for preparation. Politically, however, on both sides of the aisle, transition is beginning to look more appealing. It might allow the front benches to secure the “hard Brexit” they seem to want. But equally, it would delay the economic reckoning.

Pushing cans down roads is something at which the political class has become rather expert. In the case of Brexit, however, this tactic should not obscure the fact that elected representatives have one year in which to shape the most important political decision that they will ever be asked to vote on.

The Success of Technology Stocks in 2017

A Fraud Perspective on PSD2

So many moving parts… I can’t imagine this will end well for the people of the United Kingdom.