Top Posts
Ecuador Protests Pitted Lasso Government against Indigenous Peoples amid Soaring...
Tesla Job Cuts Reflect Precarious Health of Global Economy
Artificial Intelligence is the Future of the Banking Industry —...
Why Taiwan is Pivotal in Ongoing Global Geopolitical Tussles
Is an Impending US Recession Now All but Guaranteed?
What is Driving Customer Centricity in Banking?
Home Finance Bridge over Troubled Water: Unease Amongst Allies and Trading Partners
Finance

Bridge over Troubled Water: Unease Amongst Allies and Trading Partners 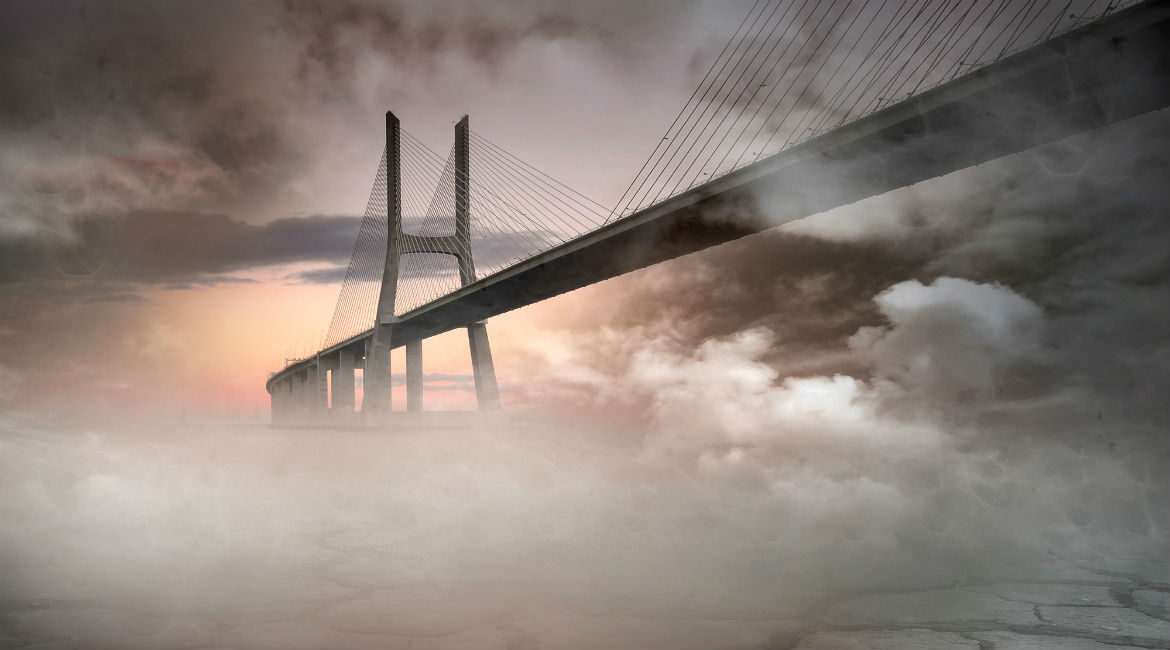 I recently returned from my annual meeting with 27 economists from every continent, representing nearly as many countries as we have members. Our meetings go by Chatham House Rules, which means that I can’t quote anyone directly but can provide my take on our collective findings.

At the end of each day, I found myself listening to Simon and Garfunkel’s “Bridge over Troubled Water”, hoping for repairs to the bridges that connect us around the globe—instead of watching them burn. In developed and developing economies alike, we have embraced the benefits of free trade without retraining or compensating those hurt by the policies. Large swaths of the population, most notably in the West, have been left behind. They are understandably angry.  We lamented the rise of populist leaders, the attacks on legal institutions and the corruption that tends to accompany these shifts. History is littered with examples of the destructive economic policies implemented by such leaders.

Inflation and employment are both moving in the right direction for the Federal Reserve System (the Fed), while fiscal stimulus is providing an extra boost to near-term growth. Two additional rate hikes and further reductions in the balance sheet appear to be a done deal for 2018. The near-term risk is that the economy overheats a bit on inflation. Overshooting on inflation will be tolerated to balance the long period of undershooting we have already experienced. The Fed would like to see a little more momentum in wage gains.

Rising US interest rates are less welcome news for emerging markets in which a stronger dollar is increasing the cost of servicing dollar-denominated debt. Emerging markets are experiencing an unwanted rise in inflation and slower economic growth. Central banks in emerging economies are often forced to raise rates to defend their currencies when the dollar appreciates.

There are concerns that monetary policy may be too easy, but those concerns are not as acute as they are for fiscal policy. The Federal Reserve and the European Central Bank (ECB) ranked the best among central banks because of their perceived credibility and independence from political pressure. The central banks of Japan and Turkey were considered the worst.

US and foreign banks

US banks are in better shape now than they were prior to the financial crisis, although there are a lot of worries about what is happening in fintech and cryptocurrencies. Much of that lending is riskier than lending by traditional banks and is occurring outside of the purview of regulators. A similar phenomenon, with deep tentacles into the banking system, helped seed the subprime crisis.

Banks in the eurozone are much more fragile. There are some efforts to integrate capital markets and lessen the region’s reliance on bank lending, which accounts for more than 60 percent of all lending in the eurozone, versus about 20 percent in the US. Of course, nonbank lending in the European Union (EU) would involve the same hazards as in the US. Proposals for further financial integration have not been welcomed by the electorates who are now trying to reassert their independence from laws handed down by Brussels.

German and Italian banks are in a precarious state. A good portion of the German bank problem can be linked to the low (negative) interest-rate regime in the eurozone. Italy’s problems are more deep-seated and tied to their actual portfolios. Italian banks lend to a disproportionate share of smaller and middle-market firms that are more cyclically sensitive to downturns. This is in addition to the sovereign debt they were forced to buy when they had to pick up the slack left by other market participants.

We engaged in substantial debate about how trade wars affect economies. The intangibles of bridges burned and escalating uncertainty could be as important as actual tariffs in their toll on growth. That would exacerbate the losses associated with an end to NAFTA (North American Free Trade Agreement), which was written with the interests of the auto industry in mind. (I actually worked on getting NAFTA passed in 1995.)

The risk of recession in 2018 is still low for most countries, with the exceptions of Brazil and South Africa. Recession risks rise considerably for 2019; the concern is that a full-blown trade war will pull the global economy down. Those at highest risk for a trade-induced recession in 2019 are China, Canada, Mexico, the United Kingdom and the United States. Germany was an outlier with one member confident it would muddle through a trade war, despite its dependence on exports.

The global economy overall continues to improve but is expected to grow at a slower pace than in 2017. Inflation is picking up. This is welcome news for much of the developed world, which struggled to reflate in the wake of the crisis. Interest rates are expected to rise. The narrowing of the yield curve in the US is worrisome but partly a consequence of the Federal Reserve’s bloated balance sheet, and it should widen as the Fed further reduces the size of its balance sheet.

The only consensus among my peers at this year’s international economic conference was that much of the developed world will not have much leeway to stimulate via fiscal or monetary policy when the need arises. Short-term interest rates remain too close to zero to cut much, while ballooning public debt will limit our ability to stimulate via fiscal stimulus. The market volatility we have seen return in 2018 will likely intensify and be more global in scope.

There is little doubt that a full-blown trade war would trigger recessions across much of the world in 2019. China is the largest wildcard; many fear that it is already slowing much more rapidly than reported. The collateral damage of that slowdown could trigger other unwanted effects. Federal Reserve Chairman Jerome (Jay) Powell has acknowledged that some US firms are delaying investment decisions because of uncertainties surrounding tariffs. Europe has seen a more severe reaction in confidence and investment to tariff threats.

Trade wars are typically accidental, not deliberate. The current administration’s stated goal is to force other countries to capitulate by levying tariffs. The results have been mixed, with most countries escalating with a tit-for-tat retaliation in tariffs. The exceptions are Germany and, more recently, China. Germany offered to forgo its vehicle tariffs in order to avert a tariff on their own vehicles, but the rest of the EU is unlikely to agree. China has so far held back on announcing additional retaliation on the $200 billion in tariffs proposed by the administration in July.

We have finally emerged from the financial crisis and, by most measures, are doing fairly well. However, this isn’t my first rodeo. I have learned to be cautious when others are complacent. The undercurrents we face could quickly turn into troubled waters; for example, global growth could slow to a crawl or even go negative. The only time to effectively hedge against a downturn is when the economy is still humming. That means now.

This is an excerpt from the special published July 2018 edition of Economic Currents, which includes takeaways from a conference of international economists. It provides a download of what we discussed about the global outlook. Download Link: https://gt-us.co/2Mx00or

Raising the Digital Banking Bar: From Transactions to Engagement