Top Posts
Challenges Remain, But There Are Opportunities to Be Had in...
Interview with Mr. Olukayode Pitan, Chief Executive Officer and Managing...
Commodities Outlook for 2023
The Value of Cash in a Time of Crisis: How...
The US-Africa Leaders Summit: Fostering a Closer Relationship with the...
Three Key Sectors in Which to Invest in 2023
Home Finance Calls Grow for Significant Debt Cancellation as Zambia Seeks to Complete Restructuring
Finance 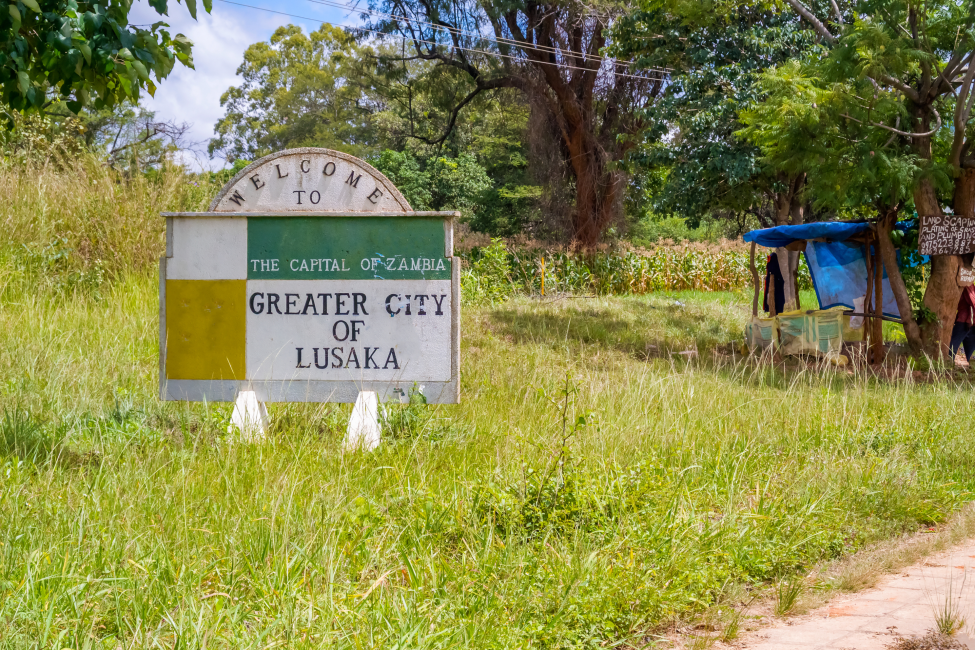 Following the global outbreak of the economically crippling COVID-19 pandemic and a sustained period of low copper prices, Zambia defaulted on its sovereign-debt obligations in November 2020 after missing a $42.5-million bond repayment. Since then, the copper-rich South-Central African nation has struggled to bring down its debt, which had swelled to some 123 percent of its gross national product (GNP) by the end of last year. A massive drought in 2019 was swiftly followed by the COVID-19 pandemic to further exacerbate the “acute economic and social challenges facing the country, with poverty, inequality, and malnutrition rates amongst the highest in the world,” the International Monetary Fund (IMF) noted in August. “As a result, Zambia is in debt distress, defaulting on its Eurobonds in November 2020 whilst also accumulating arrears to other creditors. The war in Ukraine has increased prices of fuel and fertilizer, amplifying pressures further.”

Under the former administration headed by Edgar Chagwa Lungu, Zambia experienced considerable economic decline, with its debts surging, currency dramatically weakening and inflation surging amid an environment of severe corruption and economic mismanagement. Zambia’s misfortunes were compounded further by the coronavirus pandemic, which eventually forced the country into defaulting on foreign debt, initially estimated at around $17.3 billion—although the country’s finance ministry confirmed in October 2022 that Zambia’s external public debt was $14.87 billion at the end of June—mostly held by sovereign creditors, multilateral lenders and commercial bondholders.

Under President Hakainde Hichilema, who took power from Lungu in August 2021, Zambia’s economy has managed to stage a modest recovery, with the Zambia Statistics Agency (ZamStats) reporting a 3.5-percent expansion in the second quarter from the same quarter of the previous year. This expansion has been largely attributed to improvements in the performances of public administration, education, manufacturing, information technology, accommodation and food services. But its debt obligations loom large, and the process of debt restructuring that began two years ago remains a distinct challenge to complete, with the government yet to achieve a resolution with commercial creditors surrounding the $3 billion held in eurobonds—just one example of what lies ahead for Lusaka.

Late August saw the country receive approval for a $1.3-billion, three-year loan package from the IMF to help alleviate some of the burden, with an immediate payment of $185 million disbursed. “Zambia is dealing with the legacy of years of economic mismanagement, with an especially inefficient public investment drive,” the IMF stated. “Growth has been too low to reduce rates of poverty, inequality, and malnutrition that are among the highest in the world. Zambia is in debt distress and needs a deep and comprehensive debt treatment to place public debt on a sustainable path.”

The IMF also calculated that Zambia requires $8.4 billion in “cash debt relief” from foreign creditors across both interest and loan repayments from 2022 to 2025 to help plug an $11-billion financing gap during this period. This restructuring framework is supported by the Group of 20 (G20) member economies and is expected to be achieved through haircuts to the loans’ original values and maturity extensions, with bilateral creditors indicating that they would be willing to negotiate repayment terms. The IMF added that such relief would go a long way towards stabilising Zambia’s foreign reserves and keeping debt servicing sustainable.

But with the global economy failing to pick up this year despite the easing of pandemic restrictions, many believe Zambia’s ideal route out of this debt quagmire is to convince its international creditors to write off a substantial portion of its debt. This relief would enable the government to boost public spending and go a long way toward rebalancing Zambia’s fiscal budget, which, in recent years, has become increasingly distorted following the failure of a number of public investments to deliver expected returns.

“Because of the high interest rates and the fact Zambia’s bonds have been trading at well below face value since 2018, many bondholders stand to make huge profits at the expense of both Zambian citizens and creditor countries if paid at face value,” explained a letter to the creditors jointly written by more than 100 economists, including renowned figures such as Jeffrey Sachs, economics professor and director of the Center for Sustainable Development at Columbia University, and Jayati Ghosh, chairperson of the Centre for Economic Studies and Planning at India’s Jawaharlal Nehru University. “It is therefore imperative that BlackRock and other bondholders agree to fully engage in a large-scale debt restructuring, including significant haircuts, in order to make Zambia’s debt sustainable.” BlackRock, which is thought to hold around $215 million worth of Zambian bonds, has stated that it will “approach comprehensive formal sovereign restructuring proceedings constructively and in good faith”.

Debt Justice, a charity seeking to build consensus to end exploitative debt, has also been notably vocal in supporting a debt write-off for Zambia. “If the IMF loan is used to pay off previous lenders, and further austerity is pushed on the people of Zambia, the crisis will continue for many years to come,” Tim Jones, head of policy at Debt Justice, told the Guardian. “The people of Zambia have suffered from huge cuts to public services in recent years, with spending falling by 21 percent between 2019 and 2021. The root cause of this is the cost of high-interest private loans, primarily from private lenders such as BlackRock, which stands to make massive profits if paid in full.”

Creditors did confirm in late July that they would negotiate debt relief for Zambia in a statement by a committee representing key bondholders. The statement did not, however, specify the amount by which they would be willing to lower the debt nor how the debt would be restructured. But the restructuring represents a challenge for the G20’s Common Framework for Debt Treatments, which was established in November 2020 and seeks to align China—which holds a significant portion of Zambia’s debt—with other G20 members in adopting a common framework for debt restructuring. It also requires the debtor government to negotiate debt write-downs with private creditors in line with those offered by government creditors.

“We are really looking to China to step up their role in debt restructurings that are eligible for treatment under the common framework; we’re not seeing much progress,” Janet Yellen, the United States secretary of the Treasury,said in July. “Part of what I expect to do over the next several days is [to] urge our partners in the G-20 to put pressure on China to be more cooperative in restructuring these unsustainable debts.” But Beijing, which according to Zambian government data holds about one-third of Zambia’s international debt, has frequently pushed back against US accusations, reiterating its preference to work with debtor governments on a more tailored, individual basis.

As for Zambia itself, it is keen to move forward amid criticism that the restructuring process has moved far too slowly. “I would encourage my colleagues from the other African countries not to hesitate but to come forth and get their problems solved. This is the only viable option as of now that is available for countries to resolve their debt unsustainability,” Minister of Finance Situmbeko Musokotwane said during his visit to the World Bank and IMF annual meetings in Washington, D.C., in mid-October. “We are pushing as hard as we can to sign a memorandum of understanding with the official bilateral creditors. I will be very delighted if it can happen before the end of this year.”

But while such a restructuring represents at least some progress, many fear it will simply kick the can down the road and that Zambia will face an even bigger mountain of debt in a few years. As such, cancelling a significant chunk of Zambia’s debt may be the only way to ensure the country’s long-term prosperity. “It is welcome that the IMF is pushing for large-scale cancellation of Zambia’s external debt payments in the next four years,” Debt Justice’s Tim Jones added. “But these must be cancelled permanently, not rolled over to the 2030s to fuel another debt crisis next decade. Zambia’s private lenders such as BlackRock lent at high interest rates because they said the loans were risky. That risk has materialised, and they need to be made to permanently cancel a large amount of the debt.”

Robo-Advisory Usage Expected to Surge Throughout the Coming Decade