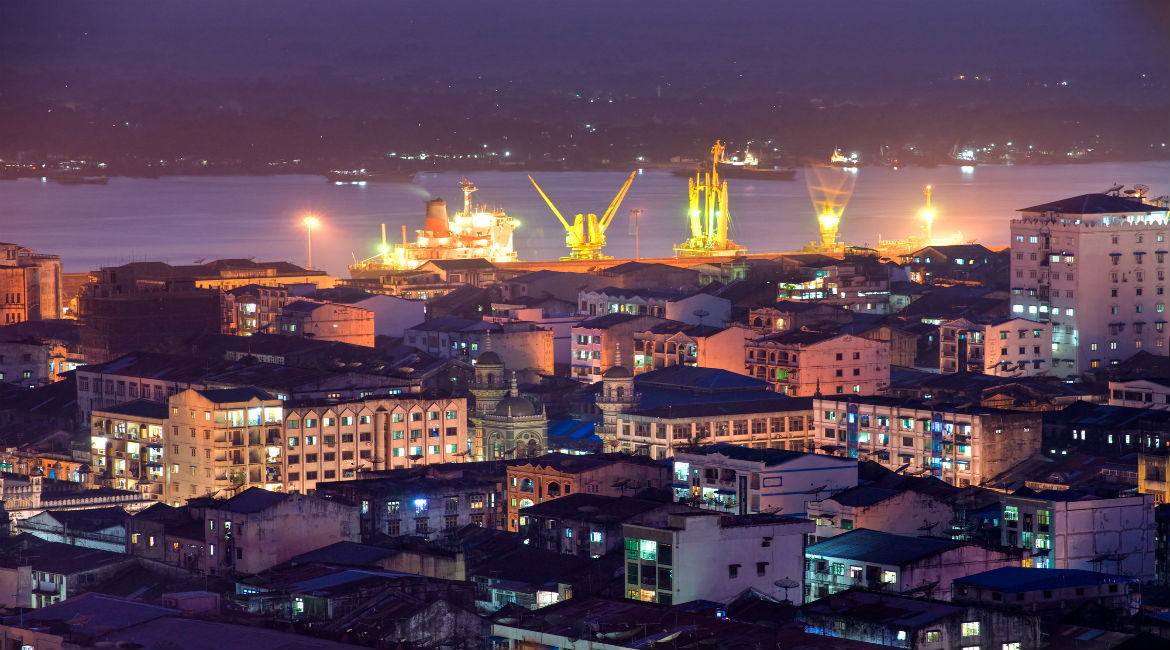 With gross domestic product (GDP) growth consistently above 5 percent throughout this decade, and in double digits for much of the previous decade, Myanmar has been one of South East Asia’s fastest-growing economies for quite some time. What’s more, this newly liberalised nation is being touted to likely continue growing expeditiously well into the 2020s.

That said, recent years have seen Myanmar’s growth showing a distinct sign of waning from its once lofty heights:

Some believe this ongoing slowdown may continue over the next few years. The International Monetary Fund (IMF), for instance, recently stated that Myanmar’s economy appears to be losing momentum. “Myanmar’s economy is expected to gain steam over the medium term albeit at a somewhat slower pace than previously envisaged and subject to greater downside risks” was the IMF Executive Board’s recent assessment. Part of the concern over Myanmar’s economic outlook is directed at the National League for Democracy (NLD) government, which came to power in 2016 after a thumping election victory put an end to decades of military rule. But since then, the NLD has come in for much criticism for the economy’s overall performance, as well as the slow pace at which reforms are being enacted that would enable Myanmar to make the full transition into a liberalised market economy.

Perhaps the economic underperformance of recent years is understandable. After all, achieving peace in all regions of the nation continues to remain elusive, meaning that the government has been primarily focused on reconciliation before it can move ahead with other priorities, such as bringing about economic prosperity. Even today, tensions persist, not only between the NLD and the military but also between the military and armed ethnic groups in various parts of the country. The conflict in Rakhine State in north-western Myanmar, for instance, has drawn much of the world’s attention to the grave human-rights violations being reported. The government is nonetheless aware of the economic risks of such humanitarian crises, with a government economic adviser, Sean Turnell, recently telling The Myanmar Times that they relate “not just to the internal effects of such crises, but also to those that might come from counter-productive international responses to them”. Indeed, Fitch Solutions Macro Intelligence Research warned last September that Myanmar’s levels of foreign direct investment (FDI) could be seriously curtailed should such violations fail to be addressed. And the IMF recently echoed this sentiment, stating that a prolonged crisis “could reduce concessional donor financing and investment leading to lower growth”.

But it also would seem that efforts are being made to ensure economic development remains a primary issue for the foreseeable future. Last August, Myanmar’s Ministry of Planning and Finance (MOPF) released its Myanmar Sustainable Development Plan for 2018-2030 (MSDP). A comprehensive document, the plan outlines numerous reforms that need to be enacted in order for the country to achieve significant advances in three broad areas: peace and stability, prosperity and partnership, and people and the planet. One of the five main goals outlined by the Ministry is “Economic Stability & Strengthened Macroeconomic Management” and contains five specific strategies that will be employed during this period:

Such targets seem sensible ones to pursue, especially given the accelerating inflation Myanmar experienced in 2018, on top of the dramatic depreciation of the kyat. Indeed, the currency has continued steadily weakening over the last five or so years, losing around 60 percent of its value against the US dollar since 2014 and briefly eclipsing the MMK1,600 mark for the first time ever in August of last year.

According to economic-research organisation Oxford Business Group, this depreciation has largely been driven by “US dollar appreciation, rising imports, weakening FDI inflows, black market currency manipulation and rising levels of cross-border trading with China, which has strengthened demand for US dollars”. As such, the Union of Myanmar Federation of Chambers of Commerce and Industry (UMFCCI) has identified the volatile exchange rate as being a key challenge for the economy, especially given that Myanmar is a major importer of many household goods, including fuel, electronics, food and construction materials.

Along with the MSDP, the Myanmar government has introduced a new Companies Law and a new Investment Law. The former, which came into play last August, aims to draw in more FDI by easing foreign-ownership limits—foreigners can now own up to 35 percent of Myanmar companies, whilst they will still be classified as “local” companies. And the latter decentralises investment proposals under $5 million to regional units in order to improve the efficiency of business registration as well as the ease of doing business in Myanmar.

Among the most hotly anticipated industries for growth during the next few years is oil and gas, with the Sustainable Development Plan explicitly describing Myanmar’s abundant endowment of natural resources as proffering “a cornucopia of benefits”. The government has stated, therefore, that it will implement plans at all levels “to promote the sustainable production, consumption and use of our natural resources”. FDI in the sector is expected to increase substantially, according to U Thaung Tun, chair of the Myanmar Investment Commission (MIC). Around 20 companies have already begun exploration and geological activities in Myanmar this year, having won tenders back in 2014 and 2015 on the basis of terms agreed with the Ministry of Electricity and Energy (MOEE), while international tenders for a further 31 oil and gas fields were made available earlier this year. Companies include Italy’s ENI (Ente Nazionale Idrocarburi), Thailand’s PTTEP (PTT Exploration and Production Public Company Limited) and South Korea’s Daewoo, with the assistant secretary of the MOEE, U Min Min Oo, confirming that they have reached the drilling phase of the contract. “Should they decide that it is not commercially viable to move on to production after drilling has been conducted, they can choose not to continue with the contract,” Oo recently stated.

But while such natural resources offer huge economic potential for Myanmar, the country’s notorious jade mining remains under significant international scrutiny. For years, this industry has been a shadowy one, with reports continuing to suggest that jade stones are being smuggled across the border into China, despite the government suspending new licences two years ago. The industry also continues to face accusations of being controlled by members of the Myanmar military and Chinese companies. A 2015 investigation by Global Witness found significant corruption in the trade, identifying several military personnel being involved in lucrative jade deals, as well as buyers from neighbouring countries such as China finding ways to avoid paying taxes. The investigation found that a hefty $6.2 billion of mine-site tax was lost in 2014, for example.

But the natural-resources sector is just one of many that offer considerable economic potential for Myanmar. A burgeoning banking sector, growing FDI interest in education, rapidly growing garment industry and huge potential for retail means that any economic slowdown that Myanmar will experience should be short-lived. Indeed, the World Bank forecasts that Myanmar’s economic growth will slow from 6.8 percent in 2017-18 to 6.2 percent in 2018-19, citing a dampening of industrial growth to 8.2 percent from 9.4 percent during this period as being a key factor, on the back of “softening consumption, slowing investment including FDI, and rising production cost pressure from fuel price increases and the depreciation of the kyat”. But the bank then sees GDP growth recovering to 6.6 percent by 2020-21, thanks to recent policy changes such as “the adoption of the Myanmar Sustainable Development Plan, liberalization of wholesale and retail trade, implementation of the Myanmar Companies Law and large investments in infrastructure projects including those related to the Belt and Road Initiative”.

The IMF, meanwhile, also expects things to pick up over the medium-term. “The implementation of a second wave of reforms with greater investments, in both physical and human capital, financed by higher revenues and improved spending efficiency should sustain Myanmar’s growth take-off.” The multilateral organisation also notes favourable conditions over the longer-term, particularly thanks to Myanmar’s “demographic dividend”—that is, the increasing growth potential that will result from the country’s shifting age structure that will boost the numbers of working-age people over the coming years. The IMF also sees Myanmar’s location neighbouring China and India—two of the world’s fastest-growing major economies—as being strategically important for sustained economic expansion.

Myanmar remains among Asia’s great economic hopes for the next decade, with a sustained growth rate of at least 7 percent being projected by several analysts. Standard Chartered’s global chief economist, David Mann, for example, recently placed the country in an exclusive group of Asian economies that will achieve this growth threshold, along with India, Bangladesh, Vietnam and the Philippines, as well as African economies Ethiopia and Côte d’Ivoire. Despite the multitude of immediate challenges, therefore, Myanmar’s growth path should remain strong over both near- and long-term horizons.