Top Posts
Challenges Remain, But There Are Opportunities to Be Had in...
Interview with Mr. Olukayode Pitan, Chief Executive Officer and Managing...
Commodities Outlook for 2023
The Value of Cash in a Time of Crisis: How...
The US-Africa Leaders Summit: Fostering a Closer Relationship with the...
Three Key Sectors in Which to Invest in 2023
Home Finance Can the Election Result Pull the UK Economy Out of Its Malaise?
Finance

Can the Election Result Pull the UK Economy Out of Its Malaise? 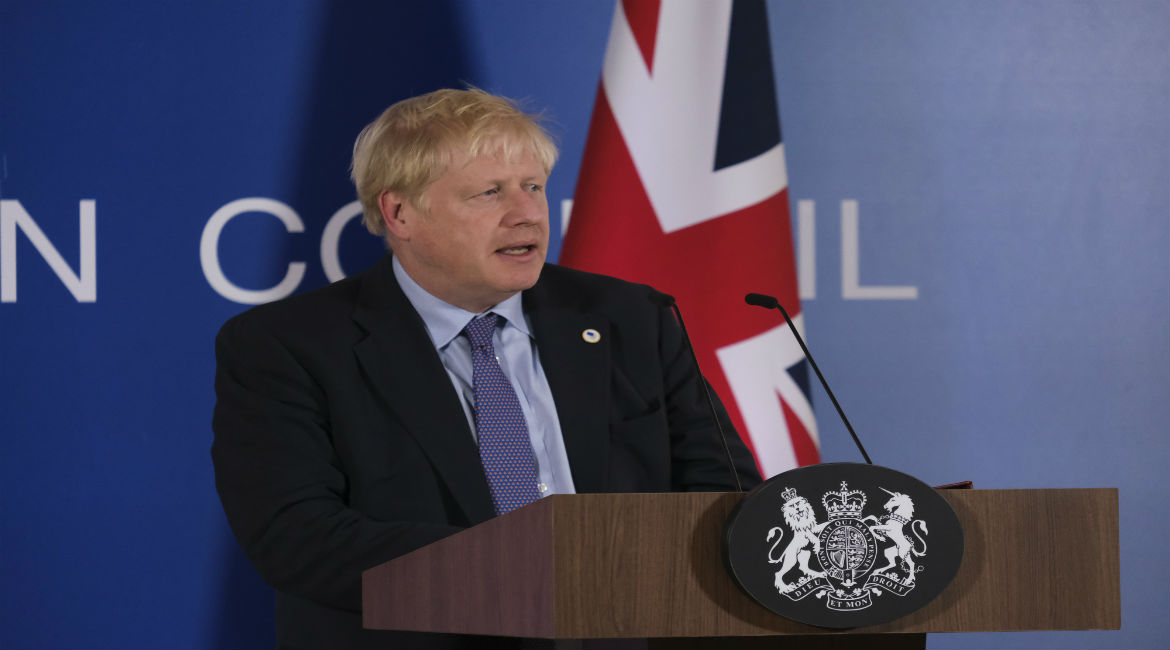 The recently concluded parliamentary elections in the United Kingdom saw Prime Minister Boris Johnson and his Conservative Party register a resounding victory. With 364 seats secured, the Tories now have a decisive mandate to complete the long-running saga of Brexit—and finally pull the UK out of the European Union once and for all. Although much significant negotiation still lies ahead that could end up taking years, the election result should at least provide the UK with some degree of clarity over the future direction of its economy.

Indeed, the world’s fifth-largest economy has sorely needed a shot in the arm, if 2019’s performance is anything to go by. The third quarter saw gross domestic product (GDP) grow at its slowest rate in nearly a decade, as Brexit uncertainty continued to hinder business confidence. The Office for National Statistics (ONS) showed that the three months to September saw annual GDP growth fall to 1.0 percent from the 1.3 percent recorded in the previous quarter. This is the lowest growth posted since early 2010. The UK also managed to dodge a recession by growing by 0.3 percent quarter-on-quarter in the third quarter, having contracted by 0.2 percent in the previous quarter, when many businesses faced mounting stockpiles of raw materials in anticipation of the delayed March Brexit deadline.

A month later, the economy remained subdued as official ONS figures showed that UK economic output was unchanged month-on-month in October, lower than the 0.1-percent expansion expected by a Reuters poll of economists. The three-month period through October was also the worst in more than a decade, as growth flatlined compared with the previous three-month period, while GDP rose in October by just 0.7 percent from 12 months earlier, marking the weakest annual growth since March 2012. Despite the 0.2-percent expansion in the service sector during the August-to-October period, moreover, manufacturing dropped by 0.7 percent, with nine of the thirteen manufacturing industries under measurement registering declining production. Construction also fell by 0.3 percent due to a “notable drop in housebuilding and infrastructure in October”.

Since 2017, the UK has been among the worst-performing developed economies. Compared to the average of 2.7 percent achieved by OECD (Organisation for Economic Co-operation and Development) nations, annual UK GDP growth has been less than half of that figure since the country’s June 2017 election at just 1.3 percent, according to data compiled by the Trades Union Congress (TUC). This places the country at a lowly 31 out of 35 OECD nations for the period. The TUC cites a decade of austerity, Brexit mismanagement and a slowing global economy as some of the main factors underpinning lower business investment, which has fallen at an annual average rate of -0.2 percent between the second quarters of 2017 and 2019. The figure is even lower once public and housing investment is removed from the calculation—declining at an annual rate of -1.3 percent. During the same period, the rest of the OECD averaged 3.4-percent annual investment growth.

It is no surprise that a lack of progress in completing Brexit is weighing on demand within the UK economy, as consumers and businesses remain under a cloud of uncertainty. Chancellor of the ExchequerSajid Javid stated that such sluggish economic growth “shows exactly why we need to break the deadlock that has been holding the country back, get Brexit done with our deal and unleash a tidal wave of funds that are waiting to be invested in Britain once we end the uncertainty”.

Does the Conservative election victory reduce some of the uncertainty surrounding Brexit? Given that Boris Johnson’s central message during his campaign was to “get Brexit done”, there will undoubtedly be many who will feel that UK’s protracted exit from the European Union (EU) is now moving forward. But with the UK still to negotiate a final exit with Brussels, significant risk and uncertainty surrounding what will ultimately materialise and what economic impact the agreed exit will have means that any relief is bound to be short-lived.

The most pressing issue now becomes whether the government will further delay the agreed deadlines, including those for the end-of-January EU exit and the end-of-2020 new EU trade deal. But upcoming negotiations are not going to be straightforward. Much remains disputed between the UK and EU, especially in regards to trade, regulatory frameworks and immigration. According to the EU’s chief negotiator, Michel Barnier, moreover, those negotiations could perhaps take up to four years to conclude in order for some areas to “rebuild everything that is having to be unpicked as a result of the desire of those who wanted Brexit”.

And that’s not to forget the crucial trade deals that the UK must thrash out with the rest of the world, including major trading partners such as the United States, China, Japan, India, Korea and the Gulf states. However, such countries may first wait to see what kind of deal transpires with the EU prior to taking any major steps of their own. If so, then the level of uncertainty within the UK economy will remain elevated for some time to come, accompanied by diminished economic growth.

Most forecasters share this view at this stage. The British Chambers of Commerce (BCC), for instance, expects a further slowdown in 2020, with growth being pegged at just 1 percent for the year, down from the 1.3 percent it expects for 2019. The business group holds business investment, net trade and consumer spending chiefly responsible for the slowdown. “Business investment is forecast to contract by 1.0 percent in 2019 and by a further 0.7 percent in 2020,” the BCC concluded in a statement. “Uncertainty, particularly over Brexit, and the upfront costs associated with doing business in the UK, are expected to continue to weigh on investment decisions,” it added, noting that exports are likely to be constrained by a deteriorating outlook for the global economy, growing global trade tensions and continued uncertainty on the UK’s future relationship with the EU.

Leading UK economic-forecasting group the EY ITEM Club is predicting a similar outlook with 1.0-percent growth next year, down from its earlier 1.5-percent estimate in July. The group sees a weaker global environment and elevated political uncertainties as being the main inhibiting factors, while more expensive trade barriers with the EU will cut growth until 2023. Exports should contract by 0.1 percent in 2019, before growing once more in 2020 by 1.1 percent, in the face of a tougher global economic and trading environment. Like the BCC, the EY ITEM Club expects business investment to contract by 1.3 percent in 2019 then remain flat the following year. And any post-Brexit recovery is thought to be “gradual and limited”. As such, the Club expects the Bank of England (BoE) to keep rates on hold until at least 2021, so long as the UK economy doesn’t experience any “major downward lurch”.

A no-deal departure would further damage the economy, however, and even more acutely “if it triggers turbulence in financial markets”, the OECD stated. Although the intergovernmental economic organisation has not put a figure on the likely damage, it did predict earlier in the year that an exit on the prior October 31 deadline without a deal would cut nearly 3 percent from UK economic growth over three years. And even if a no-deal Brexit is avoided, the OECD believes that UK growth will slip to 1 percent in 2020 if Parliament passes Boris Johnson’s Brexit deal in January, before returning to 1.2 percent in 2021.

Ultimately, very little has changed for the UK in the interim. The coming year, at the very least, will continue to be consumed by Brexit-related negotiations, which in turn means that businesses, consumers and investors will have to remain cautious in the meantime. As such, the economic malaise that has captured the UK for much of the last few years may well continue throughout 2020, and perhaps even beyond.