Top Posts
PSD2: A Payments Industry Revolution?
Germany on the Brink of Recession as Russia Prolongs Gas-Supply...
Is It Time to Return to Bond Funds Again?
Ecuador Protests Pitted Lasso Government against Indigenous Peoples amid Soaring...
Tesla Job Cuts Reflect Precarious Health of Global Economy
Artificial Intelligence is the Future of the Banking Industry —...
Home Finance Can the Indo-Pacific Economic Framework Expand US Economic Influence in the Region?
FinanceNews

Can the Indo-Pacific Economic Framework Expand US Economic Influence in the Region? 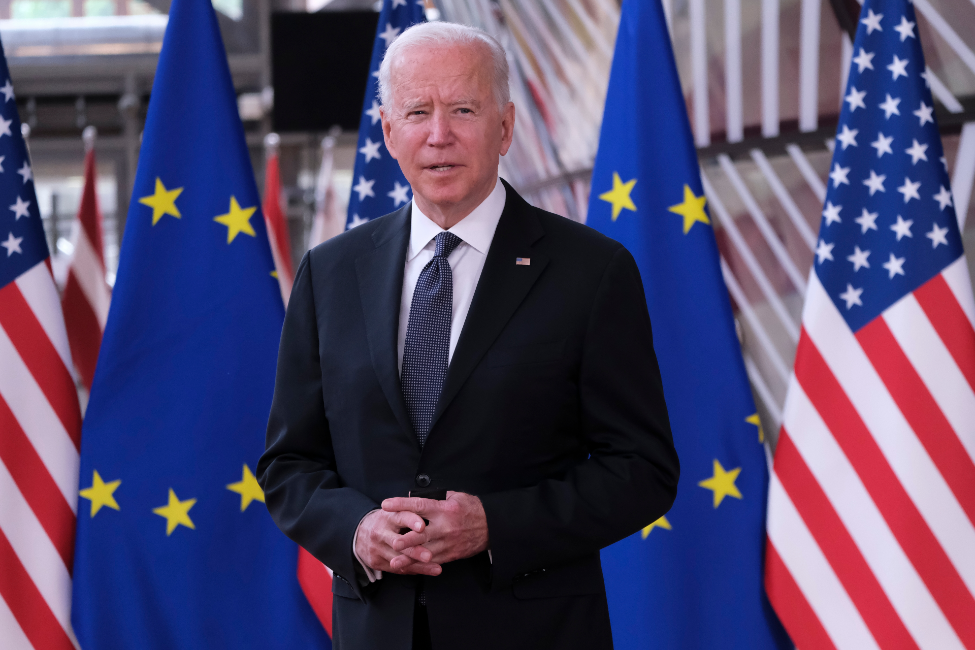 On May 23, the United States officially launched its latest attempt to boost economic ties with Asia-Pacific countries and counter the rapid advancements being made in the region by China. The Indo-Pacific Economic Framework for Prosperity (IPEF) is a US-led partnership between 14 countries to strengthen economic ties and participate in important regional trade issues.

Even the name itself, which transitions away from the traditionally used “Asia-Pacific”, seems to be a tacit effort to ignore China’s presence in the region. Nonetheless, the framework represents nations that collectively account for a hefty 40 percent of global gross domestic product (GDP). “We’re here today for one simple purpose: the future of the 21st Century economy is going to be largely written in the Indo-Pacific. Our region… This framework should drive a race to the top,” US President Joe Biden said upon unveiling the IPEF after his meeting with Japan’s prime minister, Fumio Kishida, as part of his first visit to Asia.

The framework includes key allies Japan, South Korea, Australia and New Zealand, as well as India and seven of the 10 ASEAN (Association of Southeast Asian Nations) nations: Singapore, Malaysia, Indonesia, Vietnam, the Philippines, Thailand and Brunei. Fiji joined as the 14th nation on May 26. “The United States is an Indo-Pacific economic power, and expanding US economic leadership in the region is good for American workers and businesses—as well as for the people of the region,” the White House stated on its website. “IPEF will enable the United States and our allies to decide on rules of the road that ensure American workers, small businesses, and ranchers can compete in the Indo-Pacific.”

So, what specific areas of cooperation does the IPEF cover? According to the White House, there are four key pillars for economic engagement:

The IPEF does not cover security issues; however, unlike other US-led initiatives in the region—such as the Quadrilateral Security Dialogue (QSD, or “Quad”) involving Australia, India and Japan or the trilateral partnership (AUKUS) with Australia and the United Kingdom.

Nor is it a trade agreement, and no market access or issues concerning tariffs still in existence have been discussed to date. The Trans-Pacific Partnership (TPP) previously represented a cornerstone trade deal involving Asia-Pacific countries under the administration of President Barack Obama and his “pivot to Asia” strategy. However, the US then withdrew from the agreement under Obama’s successor, Donald Trump, in 2017 amid domestic concerns over the negative impact a free-trade deal would have on American jobs. Those concerns linger today and go a long way toward explaining why enhanced market measures remain off the table. The TPP itself, meanwhile, evolved to become the Comprehensive and Progressive Agreement for Trans-Pacific Partnership, or CPTPP, and looks set to include China in the coming months, with Beijing having formally applied to join in September 2021.

China is also part of the 15-member Regional Comprehensive Economic Partnership (RCEP), which involves the 10 ASEAN nations along with Japan, South Korea, Australia and New Zealand. Based on the aggregate economic size of member nations, RCEP is officially the world’s largest free-trade agreement, with a recent UN Conference on Trade and Development (UNCTAD) study calculating that it represents a whopping 30.5 percent of the world’s gross domestic product (GDP). In comparison, the US-Mexico-Canada Agreement (USMCA) and the European Union represent 28 percent and 17.9 percent of global GDP, respectively.

As such, it would be reasonable to conclude that the IPEF, which does not contain explicit trade components, will do little to strengthen the US’ economic role in the region—or indeed that of any other member state. “I think what the US has to offer, and the only thing the US has to offer, is money. Which some, I think, will be forthcoming, particularly for clean energy, maybe even some for supply chain resilience, and anti-corruption,” according to Bryan Mercurio, trade expert and professor of law at the Chinese University of Hong Kong, who spoke to CNBC in late May. “But of course, what Asian partners really want is trade. I think they want market access. And the trade component of the IPEF is really lacking.”

China itself has voiced pertinent criticism of the deal. In particular, the lack of any trade dimension or discussion over the reduction or elimination of tariffs suggests that the US is simply exerting its own rules on the region without giving much in return. “The framework claims to create a new order of freedom, openness and inclusiveness, but how can an economic framework be free without lowering tariffs? Without market access, how can we talk about opening-up?” Chinese State Councillor and Foreign Minister Wang Yi posited during his recent visit to Fiji. “If we deliberately exclude China, the largest market in the region and even the world, how can we talk about inclusiveness?” Wang also argued that the US is attempting to force other nations to comply with American rules. “Such practices run counter to basic economic laws, shackle the free market, and run counter to the trend of economic globalisation featuring mutual benefit and complementarity.”

The attempts by the US-led IPEF to create an economic wedge between China and the Asia-Pacific are also being perceived in some quarters as a direct provocation against Beijing. “During the TPP negotiations, former US president Barack Obama once said don’t let China make the rules. As a result, China was excluded from the whole negotiation. The IPEF is copying this routine,” Qian Feng, director of the Research Department of the National Institute of Strategic Studies at Tsinghua University, wrote in a recent article for the Chinese news publication Global Times. “As the largest economy in Asia, China has always been an advocate, a promoter and a defender of regional cooperation. It is also the largest trading partner of more than 120 countries and regions. At present, the world is facing economic difficulties and various crises, but the IPEF is trying to provoke countries in the region and decouple them from the Chinese economy.”

But it’s not only the US’ adversaries that have significant concerns over the deal. The Washington-based, NATO-focused think tank, Atlantic Council, has also voiced some apprehension over whether the deal can ever truly be successful. “In previous trade deals such as the TPP [Trans Pacific Partnership], Washington used the prospect of increased market access to incentivize partners to accept policies that could run counter to their immediate economic interests,” Niels Graham, assistant director for the Council’s GeoEconomics Center, wrote on May 16. “Without them, the framework runs the risk of being perceived by regional partners, particularly emerging economies, as a list of policy requests with few tangible benefits.”

Nonetheless, with 60 percent of the world’s population, the Asia-Pacific should comfortably account for the world’s biggest contributor to global growth over the next several decades—and the US has made clear its intentions to impose its economic leadership on the region. The world’s nominally biggest economy is “presenting Indo-Pacific countries an alternative to China’s approach,” according to US Secretary of Commerce Gina Raimondo. While National Security Advisor Jake Sullivan said that the framework is a means for the US to strengthen its ties with allies and partners for the purpose of increasing shared prosperity. “The fact that we have such a range, and a significant number of partner countries in on the ground floor for the launch…indicates that there’s deep interest across the region,” Sullivan noted.

But without trade facilitation, the IPEF, in its current form, may not have as much influence in countering China as the US hopes. Indeed, given that a number of participating countries are explicit allies with the US and are already aligned with it when it comes to the framework’s four aforementioned pillars (particularly Japan, Australia, South Korea, New Zealand and Singapore), the purpose of the project then becomes attempting to woo the developing ASEAN block and India away from China. But to do that, trade must be placed at the front and centre of any such framework.

“I think President Biden, unfortunately, indicated it shouldn’t even be considered the beginning of a trade agreement,” David Adelman, Krane Funds Advisors’ (KraneShares’) managing director and former US ambassador to the Republic of Singapore, told CNBC in late May, adding that the IPEF does not represent any particularly significant change in policy or breakthrough for trade across the Pacific. “The good news is, the US is engaging actively in commerce in Asia and using its convening power to bring these 12 important economies together, now the bad news is, there really is no teeth in this.”

Can AgTech Prove Instrumental in Helping to Feed the World’s Growing Population?