Top Posts
Challenges Remain, But There Are Opportunities to Be Had in...
Interview with Mr. Olukayode Pitan, Chief Executive Officer and Managing...
Commodities Outlook for 2023
The Value of Cash in a Time of Crisis: How...
The US-Africa Leaders Summit: Fostering a Closer Relationship with the...
Three Key Sectors in Which to Invest in 2023
Home Finance Can the United States Accelerate Sustainability in Financial Regulations?
Finance

Can the United States Accelerate Sustainability in Financial Regulations? 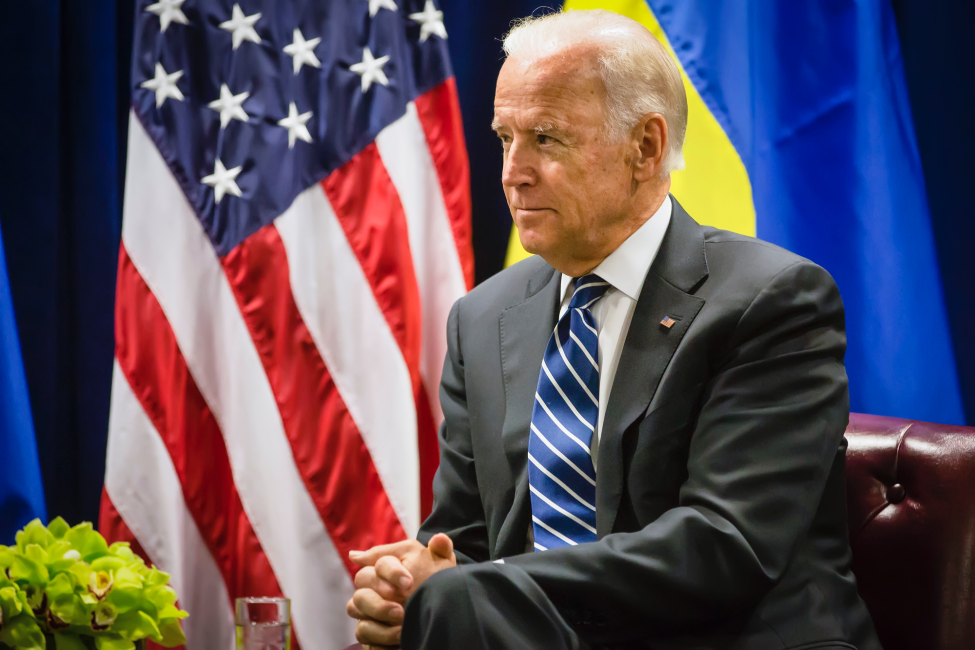 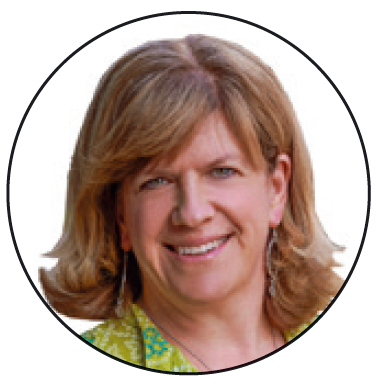 By Lisa Woll, CEO, US SIF: The Forum for Sustainable and Responsible Investment

In the last few years, while multiple countries have made progress in developing sustainable-finance plans to help direct investment to climate solutions and environmentally beneficial companies and products, the United States, under the administration of former President Donald Trump, moved to weaken environmental regulations and discourage sustainable investing. With the arrival of President Joe Biden’s administration, the United States could rapidly roll out policies to make up lost ground.

Around the globe, countries are stepping up to implement plans to embed greater sustainability, particularly climate change, into their financial industries. The plans are most advanced in the European Union (EU), the United Kingdom, Australia and Canada.

The European Union’s Action Plan for Financing Sustainable Growth, announced in March 2018, set a series of deadlines to help the European Union achieve its objective of net-zero carbon emissions by 2050. The plan requires all EU-listed companies with more than 500 employees to disclose how much of their revenue is generated from green activities and the extent to which their capital expenditures meet green criteria.

Beginning in March of this year, financial institutions, asset managers and financial advisors that claim that their activities, funds or investments have environmental benefits will have to disclose data to justify those claims. Henceforth, they will be required to produce annual reports to back up these claims by citing up to 50 indicators defined by the EU regulators.

The EU disclosure rules also will require large asset managers and asset owners to show how they practice due diligence to mitigate climate risks and other sustainability concerns, including through their shareholder-engagement activities.

The EU’s Shareholder Rights Directive, which went into effect in mid-2019, requires asset managers and asset owners to publish annual reports detailing how successful their engagements with issuers have been with regard to environmental, social and governance (ESG) issues. Similarly, the UK updated its voluntary Stewardship Code in 2019 to clarify that best practice is “the responsible allocation, management and oversight of capital to create long-term value for clients and beneficiaries leading to sustainable benefits for the economy, the environment and society”.

In mid-2019, Canada’s Expert Panel on Sustainable Finance, commissioned by the country’s finance and environment ministers, issued its final report1 addressing how to shift the nation’s climate-change conversation from burden to opportunity and to entice the country’s financial sector to participate in the transition to a competitive low-emissions economy. It looks at building out disclosure and legal clarity on sustainability issues. It also recommended that the government commission the development of a Canadian corporate stewardship code, stating that “such a code should build on work by the International Corporate Governance Network (ICGN) and others to outline how fiduciaries should account for climate change and other material ESG matters.”

Meanwhile, the Australian Sustainable Finance Initiative (ASFI), which was convened in 2017 with 140 representatives from 80 organizations, including major banks, insurers and pension funds, released a Roadmap2 in November. It issues recommendations to ensure that “financial system participants…embed sustainability into their organization’s purpose, strategy and leadership, and…support the transition of the economy to net zero emissions by 2050.”

Retrogression by the Trump Administration

The United States, under the Trump Administration, took the opposite tack, rolling back environmental protections. During the four years of President Donald Trump’s term in office, his Cabinet overturned nearly 100 environmental regulations. His administration also imposed constraints on investors who sought to raise concerns about ESG issues with the companies in their portfolios or apply ESG-related metrics to analyze investment risks and opportunities.

In September last year, the U.S. Securities and Exchange Commission (SEC) promulgated a rule, over near-unanimous opposition, to shrink the ability of investors to file shareholder proposals to ensure companies address key ESG business risks. Before the new rule, an investor needed to hold $2,000 in stock for one year to be eligible to file a shareholder resolution. The new rule raises that threshold significantly by instituting a tiered system that requires a shareholder to hold $25,000 of stock for one year, $15,000 for two years or $2,000 for three years to be eligible to submit a proposal. It also prohibited smaller investors from aggregating their shareholdings to meet the ownership requirements to file resolutions.

Similarly, the U.S. Department of Labor, in the final days of the Trump Administration, issued a proposed rulemaking that suggested, without empirical evidence, that fiduciaries considering ESG options for a retirement plan may be making investment decisions that do not align with providing benefits to participants and beneficiaries.

After the proposal received overwhelming opposition, including from such major investment firms as BlackRock, Fidelity and Vanguard, the Department’s final rule, which went into effect in January, left the door open for fiduciaries of pension plans in the private sector to include sustainable-funds options. Nonetheless, the preamble to the final rule still retains comments questioning the validity of ESG analysis; the rule also essentially prohibits plan sponsors from making sustainable funds the default option for participants who are not willing or able to make their own investment choices.

A potential blueprint for US financial regulators?

Despite the Trump Administration’s noted disdain for climate-change science and action, an advisory committee to the US Commodity Futures Trading Commission (CFTC), the agency that oversees and regulates commodities and derivatives, managed to produce a report on managing climate risk in the US financial system3 last year without apparent hindrance. Convened by then CFTC Commissioner Rostin Behnam, the Climate-Related Market Risk Subcommittee’s 30 members included representatives of major banks, an insurance company, oil and gas companies, asset managers, asset owners and environmental groups.

Notably, the subcommittee members were unanimous in their recommendations. They concluded, “Climate change poses a major risk to the stability of the US financial system and to its ability to sustain the American economy.” As a result, they said, all US financial regulators, not just the CFTC, “should move urgently and decisively to measure, understand, and address these risks”. While the report said it was critical for the US Congress to pass legislation to set a price on carbon, it also noted that “existing statutes already provide US financial regulators with wide-ranging and flexible authorities that could be used to start addressing financial climate-related risk now”.

President Joseph Biden and his team have made clear that climate action will be a priority for his administration, and they have moved quickly to deliver on their campaign promises. In the first few days, Biden issued executive orders to cancel the controversial Keystone XL oil pipeline and return the United States to the Paris (Climate) Agreement.

Biden’s executive order on Tackling the Climate Crisis at Home and Abroad4, issued at the end of his first week in office, makes clear that his administration intends to use existing regulatory, procurement and budgetary powers to make climate-change action a priority in domestic and foreign policy. The executive order establishes a National Climate Task Force of the heads of the federal departments and agencies charged with domestic affairs to identifykey federal actions to reduce climate pollution; increase resilience to climate-change impacts; and spur well-paying union jobs and equitable economic growth and benefits. The order calls for a pause on issuing oil and gas leases on federal lands and for procurement standards aimed at building a clean-energy and zero-emission fleet of vehicles for government agencies. It directs the budget office to “take steps, consistent with applicable law, to ensure that Federal infrastructure investment reduces climate pollution, and to require that Federal permitting decisions consider the effects of greenhouse gas emissions and climate change”.

The executive order does not specifically mention the financial-regulatory bodies cited in the CFTC’s set of recommendations, but the administration’s focus on climate-change action is likely to result in stepped-up climate-related risk-disclosure and assessment standards by these agencies as Biden’s appointees are installed. Recently, the Securities and Exchange Commission’s acting chair created a new position of Senior Policy Advisor for Climate and ESG.

The prospects for major climate legislation that could establish a carbon tax or make other fundamental changes are uncertain in the current US Congress. The Senate is currently split evenly between the two political parties. Vice President Kamala Harris is able to ensure, as the presiding officer, that Democratic senators, if united, have a simple majority of 51. However, under longstanding Senate rules around the “filibuster” and given high levels of partisanship, most legislation cannot be passed without a supermajority of 60 votes in the 100-member body.

Market forces in the meantime

In the meantime, markets and investors are signaling support for action on climate, and there is wide support for the Securities and Exchange Commission to create a system for obtaining environmental, social and governance disclosures by companies.

Asset managers’ consideration of environmental criteria grew by 58 percent from 2018 to 2020, in terms of the assets affected, with climate change/carbon the single most important criterion, affecting $4.18 trillion assets. Larry Fink, the CEO of BlackRock, confirmed in his 2021 annual letter to shareholders6 that “no issue ranks higher than climate change on our clients’ lists of priorities. They ask us about it nearly every day.”

Moreover, the EU sustainable-finance plan will probably have an impact on US companies and investors, too. EU fund managers are likely to contact non-EU companies in their portfolios with climate-related disclosure requests. Although non-EU companies will not be obligated by EU law to disclose this data, they may decide to do so to justify or maintain their positions in European funds.

Even General Motors, notoriously fickle about its commitment to fuel economy, provided an effective boost to the Biden Administration’s climate plans when it recently announced that it is committed to ending production of gasoline-powered vehicles by 2035.

The signs so far indicate that the United States, under new political leadership and with a growing consensus among investors, is poised to move ahead on climate change and a range of environmental and social sustainability concerns.

4 The White House: “Executive Order on Tackling the Climate Crisis at Home and Abroad”, January 27, 2021

5 US SIF: “US SIF Trends Report: Report on US Sustainable and Impact Investing Trends 2020”

An Example of Banking Innovation in Central Brazil