Top Posts
Could Big Tech’s Iron Grip on Digital Advertising Soon Come...
Can Recent Oil Discoveries Prove to be a Boon for...
Is It Time to Explore an Alternative to Fractional-Reserve Banking?
Can AgTech Prove Instrumental in Helping to Feed the World’s...
Can the Indo-Pacific Economic Framework Expand US Economic Influence in...
Banks Remain Uniquely Vulnerable to Sophisticated Cyber-Attacks
Home Finance Can Zimbabwe’s Economy Be Revived in the Post-Mugabe Era?
Finance

Can Zimbabwe’s Economy Be Revived in the Post-Mugabe Era? 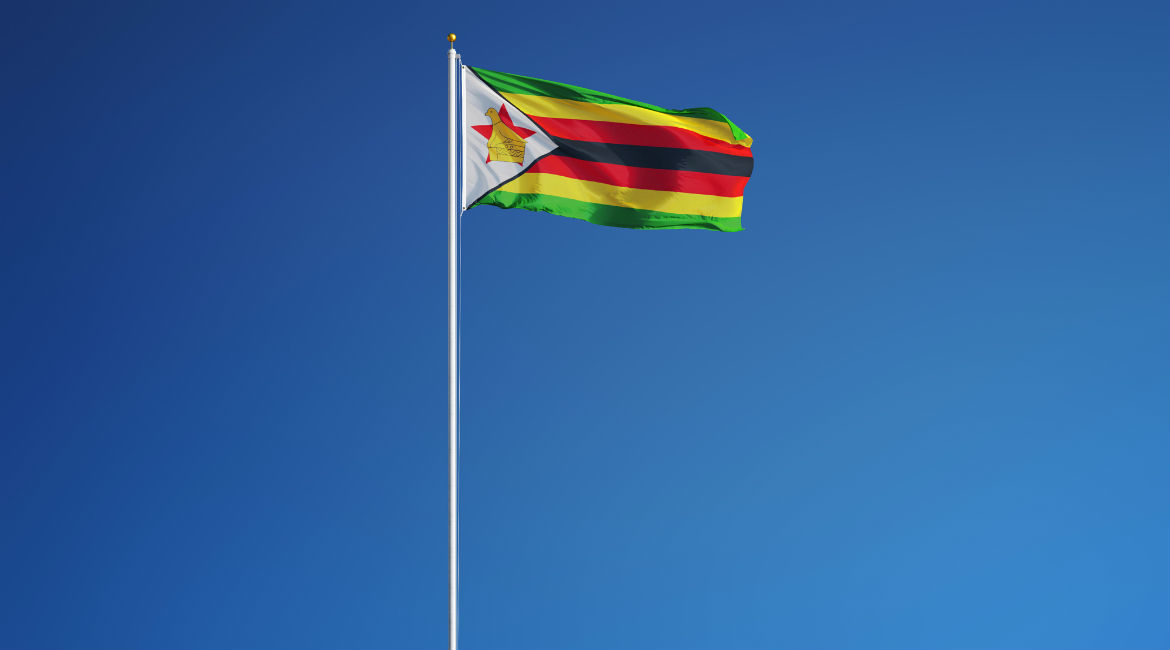 It was once famously known as the “breadbasket of Africa”, and after decades of severe economic mismanagement that plunged the country into despair and ruin, it now appears that Zimbabwe once more has a chance to dream of a more prosperous time.

Whether such a dream can become reality, however, will require a drastic turnaround from the disastrous policies implemented by former leader Robert Mugabe. But with the 37-year rule of the country’s notorious autocrat now over in the wake of November’s military-led coup, a renewed sense of belief appears to now permeate Zimbabwe under the new leadership of Emmerson Mnangagwa.

Indeed, when one looks at the current situation in the southern African nation, one could argue that the recent changing of the guard has come just in the nick of time, particularly as far as the economy is concerned.

Although the start of the decade ushered in a ray of economic hope for Zimbabwe, as it achieved stellar annual growth in excess of double digits over several years, it was during a period when Mugabe’s Zanu-PF (Zimbabwe African National Union–Patriotic Front) party shared power with the Zimbabwean MDC (Movement for Democratic Change) to create the Government of National Unity; and during which time the opposition party was able to exert significant control over the finance ministry. During those years, exchange controls were scrapped; fuel and food shortages that had previously debilitated the country quickly disappeared; and inflation—which had famously reached comical levels—had started to strongly reverse course.

But by 2013, the Zanu-PF once again gained full control of the government. Since then, the economy has been hurtling back towards recession territory, with the International Monetary Fund (IMF) last year observing the emergence once more of persistent, damaging economic constraints, including a severe drought in the country; a slow pace of reform implementation, which has created an unsustainable fiscal imbalance of high government expenditure and sluggish revenues; limited access to foreign inflows; curtailed net-capital flows; and declining investor confidence—all of which has led to a severe cash shortage. In response, the IMF noted that the government has “introduced capital and current account controls and quasi-currency instruments in the dollarized economy”. To compound the country’s misfortune, the expansionary fiscal policy has significantly crowded out the private sector, while the excessive spending on supporting the agricultural sector in the country has led to insufficient expenditure in key areas, such as infrastructure and social outlays.

“I am working toward building a new Zimbabwe: a country with a thriving and open economy, jobs for its youth, opportunities for investors, and democracy and equal rights for all,” Mnangagwa recently promised in his piece for the New York Times. The new leader’s first 100 days in charge have just been and gone, with the new president quick to highlight his economic achievements thus far, recently stating in a Facebook video that he has passed “a bold, responsible budget that cut huge swathes of waste, scaled back the Indigenisation Act to open the economy to investment, facilitated greater use of mobile money to combat cash crisis and cut excise duty on petrol and small bank transfers”. He has also made efforts to open Zimbabwe back up to the world once more: “Internationally, we had been working hard to build our international relation and bring in investment. So far, we have secured $3 billion of investment commitment from some of the biggest companies in the world…. after 100 days of action we are on the right path, and we will keep working to increase the pace of reform.”

Leading UK-based analytical-research firm BMI Research calls Mnangagwa a “development, reform-minded” leader, who will provide Zimbabwe with a solid platform for sustainable growth. The company sees Zimbabwe’s fiscal deficit narrowing significantly beginning next year; although the country will experience a brief recession this year as the ongoing liquidity crisis continues to weigh on production in import-dependent sectors, BMI sees the economy soaring from then onwards. According to the company’s latest report, efforts to consolidate Zimbabwe’s fiscal position will “face headwinds from sluggish revenue growth and the costs of running a general election, scheduled for 2018”. That said, the “scope for fiscal consolidation has improved following the appointment of a more reform-minded President in Emmerson Mnangagwa, and we see the deficit narrowing more substantially in 2019”, while import growth is also being slated to tick up from next year.

Not everyone in the country—or indeed, globally—is convinced that Mnangagwa is the man to turn Zimbabwe’s fortunes around, however. As the Zimbabwe Mail recently observed, “Bank queues remain, the black market is in full swing, prices remain high and companies are still struggling to make offshore payments”. Of course, it will take a mammoth effort for economic stability to be restored, but Mnangagwa is undoubtedly aware that his political rivals are already beginning to sharpen their knives, ready to hold the president to account should there be little in the way of substantive achievements in the near future.

It will come as little surprise that the Mnangagwa administration wants to focus on jobs. While Zimbabwe’s statistics authority put the country’s unemployment rate at 11.3 percent in 2014—its last official estimate—the largest worker union, the Zimbabwe Congress of Trade Unions, last year announced that the unemployment rate is now at a barely believable 90 percent. Some recent estimates even put the figure at 95 percent, although such high numbers seem to be calculating the rate based on the very few people in the country who are formally employed on a payroll with taxes deducted at source and pension provision, and thus indicates the huge proportion of workers who earn their keep in the informal economy instead. Nevertheless, such concerning numbers underline why the government is keen to create more formal employment.

Alleviating youth unemployment, in particular, is one of the new government’s biggest challenges. One of Mnangagwa’s most anticipated remedies for this problem is the introduction of a revolving fund that is intended to boost the country’s information and communications technology capabilities, a sector that has been previously hurt due to a lack of investment. According to the sector’s watchdog, the Postal and Telecommunications Regulatory Authority of Zimbabwe, the project should “equip the youth with necessary skills and resources that will make it possible for them to create employment not only for themselves, but for others as well”.

Currency is also badly needed in Zimbabwe. With the tumultuous period of hyperinflation having ended the Zimbabwe dollar almost 10 years ago, the country has since relied on the US dollar—and to a lesser extent, the South African rand—to conduct business on a daily basis. The situation has not been helped by an ongoing shortage of cash, which became so dire that at one stage people were sleeping outside banks overnight in order to be able to be among the first to withdraw the maximum cash limit for the day of just $20. An overvalued real exchange rate is also damaging Zimbabwe’s external competitiveness, which should put restoration of a Zimbabwean currency high on the government and central bank’s priority lists.

Furthermore, many believe that more effective management of the country’s plentiful resources will be key to long-term prosperity, especially following the Mugabe-era policies of agricultural-land confiscation, which led to food shortages and underutilisation of irrigable land that once facilitated the production of maize, cotton, tobacco and sugarcane. Nevertheless, Zimbabwe is the world’s fifth-largest lithium producer, and has the third-largest reserves of platinum. With mounting demand for electronic and medical equipment, rechargeable batteries, smartphones and electric cars, the potential for global investment, particularly from the mining sector, is high.

While investors will undoubtedly remain cautious for the time being, growing international interest is becoming evident. For instance, Russian Foreign Minister Sergey Lavrov, on a tour of the country in which he had meetings with Mnangagwa and senior government officials, signed an agreement to establish a special economic zone for Russian firms to manufacture goods for export. Lavrov also revealed that Russia is establishing a military alliance with Zimbabwe, is pursuing a $3 billion joint platinum project near the capital city Harare, and is also exploring cooperation in the country’s diamond sector.

The IMF also expects that it will require a huge collective effort to get the Zimbabwean economy back on the right track. IMF spokesperson Gerry Rice said in November following Mugabe’s removal that the multi-lateral institution stood “ready to support the authorities to design policies to restore stability and growth”, but that “an international effort will be required to revive and reintegrate the Zimbabwe economy”. Rice also confirmed that the IMF would not be able to offer Zimbabwe a financial-aid package until the country first repays its debt to creditors such as the World Bank. The total amount owed to such lenders totals around $5 billion. This view is supported by BMI, which recently opined that greater scope for “re-engagement with the international community, particularly with concessional lenders” will also increase the likelihood of a successful re-introduction of a local currency.

Finance Minister Patrick Chinamasa believes that Zimbabwe’s economy can grow by up to 6 percent this year, up from the government’s previous forecast of 4.5 percent, although some believe this to be too optimistic. Nevertheless, there seems to be real belief in the country that a new economic and political era has now begun. Of course, it will take much hard work to restore Zimbabwe back to its glory days; and while not everyone is convinced that Mnangagwa is the man to accomplish such a task, for the time being Zimbabweans can dream once more of a better, more sustainable future.

The Future of Financial Decision-Making Lies With AI