Top Posts
How Gamification is Catapulting Digital Banking to the Next Level
Challenges Remain, But There Are Opportunities to Be Had in...
Interview with Mr. Olukayode Pitan, Chief Executive Officer and Managing...
Commodities Outlook for 2023
The Value of Cash in a Time of Crisis: How...
The US-Africa Leaders Summit: Fostering a Closer Relationship with the...
Home Finance What the Catalan Independence Row Means for Spanish Financial Markets
Finance

What the Catalan Independence Row Means for Spanish Financial Markets 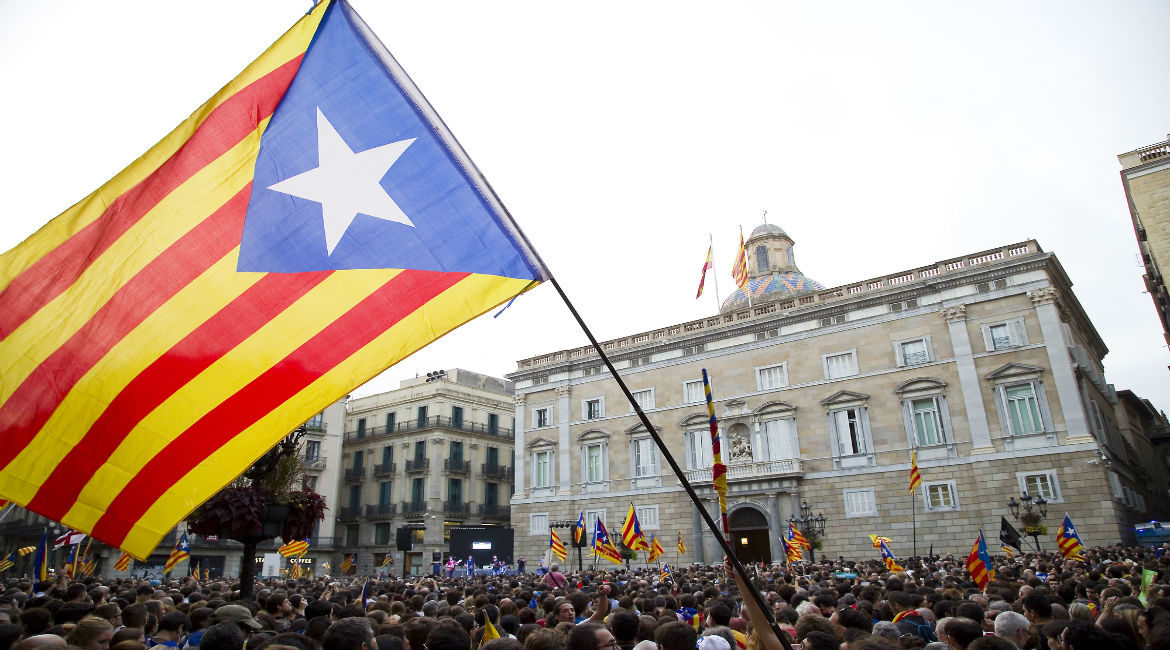 The initial effects of Spain’s political crisis hit fast and hard, after the Catalan parliament voted to declare independence from Spain in late October. The index of the country’s largest companies, Ibex 35, dropped almost immediately by 1.9 percent—one of the index’s largest drops in the post-recession period. Leading the Ibex 35’s fall were companies such as CaixaBank and Banco de Sabadell, which dropped 4.6 percent and 6 percent respectively. IAG (International Consolidated Airlines Group), a Spanish-English airline group that owns British Airways and Iberia, fell by more than 6 percent in the wake of the initial referendum and the subsequent declaration of independence.

Spanish government bonds were not immune to the effects. Investors quickly sold off Spanish bonds, resulting in benchmark 10-year debt yields spiking five basis points to 1.603 percent. The result effectively meant that the recent rally in fixed-income markets prompted by the European Central Bank’s (ECB’s) recent drawdown of its quantitative-easing program largely missed Spanish markets altogether. The increasingly weak position underscores a growing divide between Northern and Southern European countries, as Spanish yields draw closer to Italian bond prices and further from the benchmark German rates. While some of this is attributable to structural issues, much of it stems from the political risk created in this current independence row with Catalonia.

Major companies headquartered in Catalonia—the vast majority of which are based in Barcelona—have announced or leaked that they have plans to exit the region prior to any material effects of the independence declaration. Gas Natural Fenosa, Colonial, Banco Sabadell and CaixaBank are among the companies that have already moved their operations in preparation for the eventual fallout.

The independence vote took a turn for the worst following the October 1 referendum held by the Parliament of Catalonia on independence. While the Spanish government deemed the referendum illegal, and non-independence political parties in Catalonia opposed it, the referendum went ahead with overwhelming support for independence. The referendum led to clashes between Spanish officials and demonstrators—with 900 reported injuries—and the self-imposed exile of Catalan regional head Carles Puigdemont, who is currently in Belgium.

Most importantly, Catalonia contributes 21 percent of Spain’s total tax revenue, while receiving only 10 percent internal investment from Madrid. It’s no wonder, then, why independence advocates are so keen on pushing for an independent Catalan state. Their arguments suggest that the country is rich enough to go it alone, while an end to Madrid-bound transfer payments would reverse the region’s budget deficit into a budget surplus.

Catalonia is no stranger to independence. The autonomous region has (in)famously housed a secessionist block for decades—or centuries, depending on who you’re asking—and the current arguments are more logs on an age-old fire. Secessionists have now latched onto economic issues as another avenue to achieve their goal of an independent Catalan state.

Madrid is not oblivious to all of this information. Following the initial referendum, Madrid opted to impose direct rule on Catalonia to block what they described as an illegal secession. The secession proceedings were, technically, illegal according to the country’s 1978 Constitution, prompting much of the region’s population to boycott the vote. Both European Commission President Jean-Claude Juncker and European Council President Donald Tusk publicly discouraged the independence vote and threw their support behind a single Spanish state. Their public support comes with good reason. The euro dropped against the dollar, with many analysts citing Spanish uncertainty as the direct cause. Moreover, the question of Catalan European Union (EU) membership raises questions about break-off states that the EU is not ready to address. Not only is there little precedent for how to negotiate with a breakoff region from an EU member, there is little appetite to make the process comfortable as this would encourage further dissolutions.

At either end of the spectrum, future performance in the wake of a Spanish-Catalan split is highly uncertain. For instance, Catalonia would likely see drastic swings in its budget from deficit to surplus. With its central tax burden effectively wiped clean, the newly minted state would experience a windfall of government funds that are generally siphoned out of the region to the rest of the country. The robust and unique Catalan economy would see a windfall of public revenue from this budgetary easing. In contrast, the Spanish government’s debt ratio would almost immediately jump to 115 percent of gross domestic product from 99 percent. Markets have already begun hedging their bets as they fear Spanish inability to repay its debts without the Catalan economic engine—which already produces more than many of the EU’s smaller member states. In Spain, Catalonia is where talent, tourism and technology abound as the world comes for its renowned universities, stellar beaches and burgeoning tech conferences. Since Catalonia would still be permitted to use the euro currency, the country would likely be an attractive candidate for EU membership and enjoy the benefits of the single market, once membership is secured.

Or rather, if membership is secured. The comments of Donald Tusk and Jean-Claude Juncker have sent unambiguous messages that EU institutions are against Catalan independence. Paving the way for Catalonia’s EU accession would likely encourage other break-off regions to push for independence from their states—a discussion currently circulating in Northern Ireland and Scotland. EU officials will likely push to make accession difficult, if not impossible, and discourage a full integration of Catalonia into the European Union. Moreover, Catalonia would need confirmation from each EU state—leaving its EU membership in the hands of the Spanish government.

This pales in comparison to the issue of currency. Catalonia would have to decide between continuing to use the euro—a currency over which it would have no material control—and adopting a new currency, which would likely see the country’s fortunes plummet on international markets.

These issues would likely negate all of Catalonia’s structural economic advantages and leave it in the same position as the Spanish government. Ultimately, their ability to repay debts would be thrown into question—as markets are presently reviewing—causing bond prices to trade at a substantially higher price. Catalan debt maturing in 2020 has already jumped from 2.2 percent in June to 2.7 percent, and is only slated to climb until the situation becomes clearer.

While these conditions leave Spain in a similarly bad position, the country will still boast its membership in both the EU and the eurozone. Not to be forgotten is that Spain has been one of the top EU performers in recent quarters, and has only been dragged down by this political turmoil. Both would represent economic advantages that would likely outperform the Catalan economy.

Ultimately, the row will likely end in a middle-ground between two extremes. The two parties—Spain and Catalonia—will likely negotiate a power-sharing agreement, wherein Catalonia is given larger financial autonomy to silence many of the dissenters. Quantitative easing has made European money cheap, sheltering the Spanish economy from the uncertainty of the overarching negative impacts of the political crisis. Additionally, fractious politics will likely hamper this latest attempt at Catalan independence and return the country to stability, albeit with a large hit to its bond-yield ratio.

The Benefits of Leveraging Containers in the Financial Services Industry

Compliance is Key for a Successful ICO