Top Posts
Western Banks Willing to Accept the Short-Term Pain of Russian...
Why the US Is Ramping Up Its Presence in Somalia...
How Technology Is Helping to Solve Global Supply-Chain Issues
UK Inflation Climbs to Fresh 40-Year High
Extended Reality and the Metaverse Are Leading Financial Services into...
Digital Currency: India’s Move Towards a Digital Financial System
Home Finance China Accelerates Its Efforts to Open Up
Finance 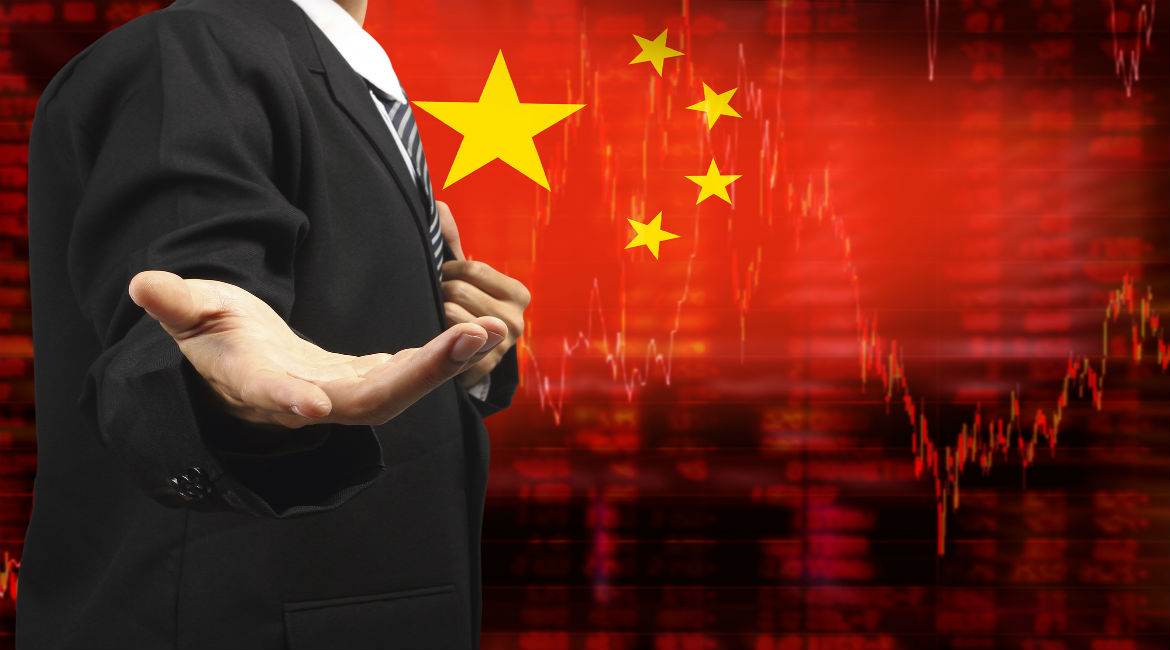 At a time when its future growth outlook is the least certain that it has been for several years, China is now taking unprecedented steps to open up to the rest of the world. Rising trade tension with the United States hurt China’s economy last year, compounding the problems that ballooning debt has already created in the country. As such, Beijing is now under increasing pressure to turn towards foreign capital to provide not only an economic boost but also much-needed stability and reform to its financial markets and banking system.

As the deputy director of the Nanhua Futures Research Institute, Yanghui Cao, recently stated, the opening of China’s financial markets “will help promote the internationalisation of China’s futures market, increase its international influence, and help it become an international pricing centre for commodities”. Cao also noted that global markets have more experience using derivative products, while foreign entrants into the Chinese market should also bolster competition among local players.

But rather than just talking the talk, it seems that China is now ready to follow through on its promises of ushering in a new era of openness. In July, the office of the Financial Stability and Development Committee (FSDC) announced 11 significant new measures aimed at opening up China’s financial sector to foreign investment. These include allowing for­eign-in­vested insti­tu­tions engaged in credit-rating operations within China to provide ratings on all types of bonds on the interbank and exchange-traded bond markets in the country; al­low­ing foreign-as­set managers to invest jointly with Chinese banking or insurance subsidiaries and establish wealth-man­age­ment compa­nies that can be share-con­trolled by the for­eign entity; and making it easier for foreign investors to access China’s bond markets. And in November, the State Council published guidelines containing no fewer than 20 policies designed to create a more “fair, transparent and predictable” business environment for foreign investors.

Not only are new measures being announced, moreover, but timeframes are being brought forward wherever possible. For example, China Securities Regulatory Commission (CSRC) announced an accelerated timeframe for scrapping its limits on foreign ownership within the industry, specifically on futures, mutual funds and securities companies.

Another significant recent measure was announced in September by the People’s Bank of China (PBOC) pertaining to foreign participation in China’s capital markets. Specifically, the central bank is removing various restrictions limiting the ability of foreign institutional investors to invest in mainland stocks and bonds and is giving them virtually unrestricted access to capital markets. This should increase the use of the yuan in international transactions as a result. Global funds no longer require approval to buy quotas for Chinese stocks and bonds, moreover, with the State Administration of Foreign Exchange (SAFE) removing the existing $300-billion cap on overseas purchases of the assets.

Some of the most significant new changes that are in the offing will most directly impact the participation of foreign banks. According to the China Banking and Insurance Regulatory Commission (CBIRC), the past two years have seen 34 policies implemented that relate to greater openness in the banking and insurance sectors, such as boosting foreign-invested firms’ business scope and easing market access. For example, foreign banks will be able to set up branches in the country as well as lower their branch threshold of fixed-term time deposits for Chinese customers from one million yuan to 500,000 yuan. Foreign lenders will also no longer require regulatory approval to conduct yuan-denominated business as well as be able to underwrite government bonds.

And it would appear that things are only just getting started. The CBIRC stated in mid-December that further opening of the banking system will happen, whilst controlling for risks, and that efforts to improve the supporting legal framework will be made to ensure further policy implementation. More areas of the industry that are currently off-limits to foreign investors will be opened up, while the regulator also aims to boost cross-border regulatory cooperation. According to Liu Fushou, chief lawyer of the CBIRC, revisions of the banking and insurance regulations “will attract more market participants in both sectors, stimulate market vitality, push Chinese and foreign-invested financial institutions to improve their competitiveness and benefit China in regard of learning from advanced international ideas and experience”.

For the time being, Hong Kong continues to retain its position as China’s prime conduit to the outside world, despite the intense protests that have gained global attention over recent months. According to industry association Asia Securities Industry and Financial Markets Association (ASIFMA), Hong Kong—and especially its capital markets—remains the most important point of entry and exit for China in the medium term, despite China’s recent efforts to allow its financial sector to have more access to foreign investors.

“China needs to move from an over-reliance on bank lending to one where they have a dynamic, liquid capital market to fund their economic growth going forward,” ASIFMA’s chief executive officer, Mark Austen, recently told CNBC. “But we still see Hong Kong as being that conduit to enter and exit China in the medium term because it’s really the only option that exists for China to connect to the outside world.” And despite business sentiment declining amid the protests, investor interest in the region remains strong; indeed, Alibaba’s secondary listing in late November—the world’s biggest of 2019—strongly suggests that Hong Kong’s financial environment remains resolute. “In spite of what’s going on in Hong Kong at the moment, Alibaba has proven that the market is still stable, it’s still liquid,” remarked Mr Austen.

Looking forward, China’s efforts to open its financial sector look set to continue at an expedited pace. Following the recent conclusion of the Central Economic Work Conference—one of the Communist Party of China’s (CPC’s) key annual economic meetings—the government’s promise to further open the country up to foreign investment was revealed. “China’s opening-up will continue to develop on a larger scale and at a deeper level,” the official Xinhua News Agency stated. “Foreign investment will be facilitated and better protected,” while tariffs will be lowered, according to the statement, which also mentioned that China would reduce its “negative list” of industries that are closed to foreign investment. The deputy director of the Central Financial and Economic Affairs Commission, Han Wenxiu, also disclosed that China would be allowing more foreign capital into China to invest in such industries as manufacturers and telecoms. “We will allow more foreign capital holding, or sole proprietorship for foreign companies,” Han said, but also urged China to boost its own competitiveness at the same time.

But is further openness wholly beneficial for China? Writing in the Financial Times, Michael Pettis, a finance professor at Peking University and a senior fellow at the Carnegie-Tsinghua Center, warned that this new liberalisation will be beneficial so long as the overall share of foreign capital in the country remains small; otherwise, it will become increasingly difficult to protect Chinese investors. “If foreigners become significant players in Chinese stocks and bonds, they will inevitably increase China’s financial vulnerability,” Pettis suggested, adding that China ought to first prioritise consolidating its banking sector, cleaning banks’ balance sheets, strengthening the financial system and promoting discipline in the lending process. Until then, opening financial markets to foreign players “will undermine the very mechanisms that have so far protected China from the consequences of its unstable banking system”.

Moody’s Asia Pacific chief credit officer, Michael Taylor, recently shared a similar sentiment, arguing that although China’s opening will likely continue, the degree to which and speed at which it opens depend on financial stability. “I think the commitment is very strong. The authorities have shown their willingness to open up markets,” Taylor told CNBC. “Obviously, that’s subject to other policy constraints that they have. One of the overarching objectives is to maintain stability. So, any opening up is going to be subject to its impact in terms of overall financial stability.”