Top Posts
Can the Indo-Pacific Economic Framework Expand US Economic Influence in...
Banks Remain Uniquely Vulnerable to Sophisticated Cyber-Attacks
Western Banks Willing to Accept the Short-Term Pain of Russian...
Why the US Is Ramping Up Its Presence in Somalia...
How Technology Is Helping to Solve Global Supply-Chain Issues
UK Inflation Climbs to Fresh 40-Year High
Home Finance China Is Now Shaking, as well as Shaping, the World
Finance 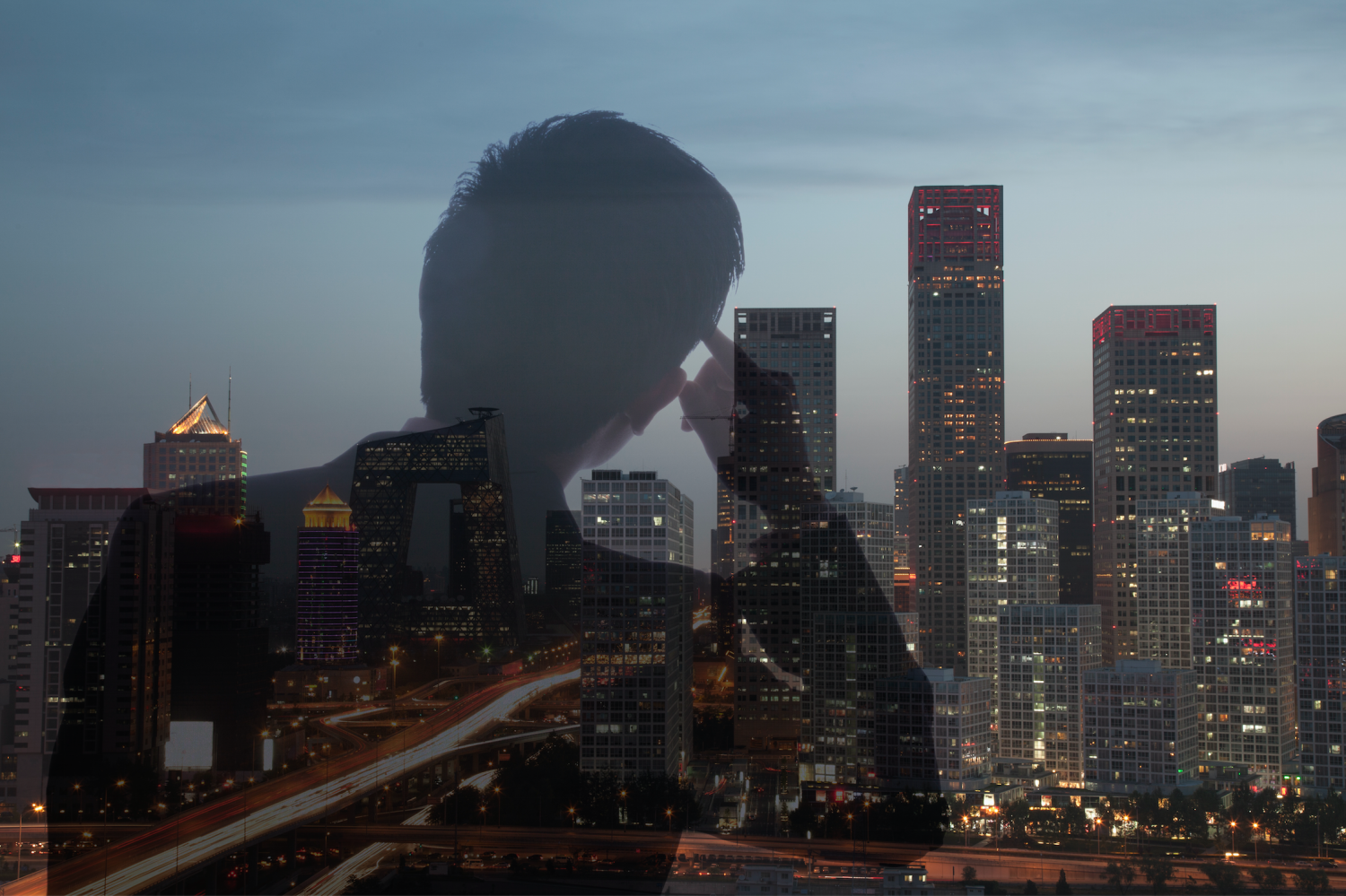 By George Magnus, an associate at Oxford University’s China Centre, and author of Uprising: will emerging markets shape or shake the world economy?

Last month, Chancellor Osborne and Lord O’Neill enthused about China’s economic prospects on a visit to build economic ties to the country as part of the preparation for the scheduled state visit of President Xi Jinping to the UK. China’s commercial and economic potential has indeed been common fare for a long time, and still reflects notions about how it is going to shape the world. Until relatively recently, though, few people thought that it would shake the global economy, too. The popular narrative is changing.

At the end of September, the US Federal Reserve Chair, Janet Yellen, acknowledged after a much-awaited meeting of the central bank that turbulence in China and its possible effects on the US and the global economy had persuaded the Fed to back away from a rise in interest rates, for which it had previously prepared financial markets. The previous month, a poorly communicated and surprising mini-devaluation of the yuan was followed by around $200 billion of market intervention to support it. Over the summer, the Chinese authorities failed to arrest a 40-percent fall in local equity markets in spite of extraordinary measures to do so. Financial disturbances in China reminded global markets, analysts and commentators about the persistence of the slowdown in the economy, and perhaps even more importantly, prompted them to ask questions as to the competence of the authorities, so long taken for granted, to manage macroeconomic risk.

The problem for the Federal Reserve is that China’s underlying economic problems are going to be around for some considerable time. It will not be able to cite China as a reason to hold policy constant every month, especially if domestic economic circumstances lean towards an initial rise in policy interest rates. This makes it all the more important to try and understand what is going on in China.

The financial turbulence in China was not an isolated tremor. On the face of it, the mini-devaluation was dressed up as a policy change to assist the acceptance by the IMF (International Monetary Fund) of the yuan into the Special Drawing Rights at a review meeting late this year, but it also complemented other financial and economic policy-easing measures implemented all year. The bear market in equities was attributed to numerous factors, overlooking the authorities’ own efforts to pump the market up, including via the use of leverage, and the steady deterioration in company profits.

At the heart of the August turbulence, therefore, is China’s economy that has been slowing down steadily since 2011, from double-digits to about 7 percent, using official data. The slowdown in real estate investment, which soared from 8 to about 16 percent of GDP in the last decade, has been in the forefront of this development. Real estate investment is barely rising at all, with the stock of unsold residential accommodation reaching between 25 to 40 months of supply in cities in which the largest investments have been made—that is, other than in the so-called Tier 1 cities of Beijing, Shanghai, Shenzhen and Guangzhou.

While real estate investment has been the focus for most people, thanks to colourful reports and pictures of ghost cities and empty apartment blocks, other excesses have become even more important. These are reflected in declines in manufacturing and also infrastructure investment, in spite of periodic measures by the government to bolster the latter. In fact, industrial overcapacity may be even more acute than in the real estate sector. Although data on capacity usage are hard to come by in China, a State Council directive in 2013 estimated that in a broad sample of industrial products, China’s capacity utilisation rate had fallen from about 90 percent in 2007 to less than 75 percent. It will certainly have dropped further since then, underscored by the fact that producer (or selling) prices in China have fallen in 42 consecutive months to August 2015.

A slowing economy, overcapacity and spreading and persistent deflation in industry would be problematic on their own. Yet they are occurring in the context of a secular decline in investment in China’s investment-led growth model, rising non-financial corporate debt, and a multi-pronged economic reform agenda that is still achieving incremental progress in areas such as red tape, governance and finance, but stalling in other more important areas, such as state enterprise and local government finance reform, and importantly, the transfer of economic weight from the state to the private sector.

By any yardstick, China’s investment rate at 46 percent of GDP is exceptional. The government acknowledges that it has to fall while the share of consumption increases. The difficulty, though, is that this can only be accomplished in the context of a slower rate of growth than the government’s target of “about 7 per cent” and on the proviso that inefficient firms and those with surplus capacity are allowed to go bankrupt or be taken over. To date, the authorities have been unwilling to compromise on these matters.

State-owned enterprise reform, which should be the centrepiece of reforms, has been diluted and resisted, and there isn’t really a commitment to abandon the iron triangle of party, state and enterprise for market structures and mechanisms that are much talked about, but not really welcome. In fact, a just-published reform plan, that had been widely anticipated for many months, falls far short of encouraging private-sector competition, let alone any form of privatisation. Roughly 75,000 state enterprises in telecommunications, power, energy, aviation and banking are protected, while the approximate 80,000 that aren’t also get privileged access to cheap land and loans, and aren’t pressured to acknowledge financial discipline. It follows that state enterprises are a key source of overcapacity, and ultimately, deflation in China and even the rest of the world.

Whatever happened, then, to the fanfare that accompanied the major reform programme announced in 2013, including the widely heralded “decisive role” that markets were intended to have in China?

Recent developments point to a window of worry

In a sense, the focus on China’s currency and stock markets is misplaced. Chinese equity markets do not drive the economy, let alone global financial markets, and the mini-devaluation has not gone far at all, at least not yet. Yet both developments made a few things clearer. First, the days of China’s having the capacity or will to stimulate its economy as it did in 2008 are gone. Second, the presumption of competence, i.e. that China’s economy responds positively and quickly to every dictum and order from Beijing, has been shaken, especially as tensions mount with the progressive slowdown in the economy. Third, public trust in Beijing may not be strong. China’s 60 to 70 million stock traders may not feel rather let down, but there are deeper, lingering causes of concern that impinge on the government’s commitment to public and environmental safety. The other major August development in China included the appalling Tianjin and two other smaller chemicals explosions, raising questions about the competence and corruption of local and provincial industrial and health and safety officials. Fourth, and perhaps most important, China’s economy and politics are changing under President Xi Jinping in ways that weren’t expected.

Xi Jinping’s commitment and devotion to centralisation, the purity of the Communist Party, and a robust, persistent and extra-legal anti-corruption campaign are having negative consequences on economic growth and the success of the reform agenda. The curbs on compensation in state enterprises and on conspicuous consumption by senior party cadres, for example, would be expected to curb economic growth, but these would normally be of limited consequence.

More seriously, the concentration of power by President Xi Jinping may be a bona fide attempt to overcome what he has argued to be the sloppiness, corruption and gridlock brought about by his predecessors. At the same time, though, he has formally rejected the separation of party from government introduced by Deng Xiaoping in the 1980s to insure precisely against the concentration of power in one person, as had been the case under Mao Zedong. There are now more party agencies, called “small leading groups”, managing the economy and society than there are government ministries. Xi Jinping himself minds the most important ones, sidelining Premier Li Keqiang, whose position has been associated traditionally with the highest level of economic leadership. The authority of government ministries, held responsible for reform implementation, has been undermined, eroding their accountability and effectiveness. The reform agenda itself has been further set back by a series of measures designed to curb the media, non-governmental organisations, the courts and other civil authorities.

China’s economy, contrary to some excited commentary in recent weeks, is not collapsing, but it is in a serious condition. Some provinces in the northeast of the country, where heavy industry is prevalent, may now be in a sort of recession, in which GDP growth is around 2 to 3 percent. Even using China’s official growth statistics, the economy as a whole may only be growing at about 5.5 percent on an underlying basis, given that stimulus measures this year already add up to nearly 1.5 percent of GDP. Actual growth may be even softer, but there certainly hasn’t been much anecdotal evidence of millions of workers leaving the cities for rural areas as they did in 2008-09. China’s unemployment data is poor and not credible. Yet a more accurate measure than the official 4.3 percent is around 6 to 7 percent, according to the International Labour Organisation, and it is most likely rising.

How the government manages a structural economic slowdown, and attempts to build a new “rebalanced” model for growth in the medium-term is key, and therefore inevitably throws the focus on the most opaque part of China, which is its politics.

Over the next two years leading to the 2017 Party Congress, Xi Jinping and top party officials will, in the absence of coherent opposition, continue to use party agencies rather than government and legal institutions to “purify” the party, state enterprises and local governments. Command and control are progressively edging out reform and market mechanisms as the main tools for guiding the economy over the medium-term. This is an outcome that not only suggests weaker growth in the short-term, but further out as well.

For all of this, foreign companies and banks will continue to find new opportunities arising from China’s market size, and some of its initiatives, for example, setting up the Asian Infrastructure Investment Bank, launching the ambitious One Belt, One Road programmes, and seeking to establish the yuan as a more widely used currency in trade, banking and to denominate securities. But they will have to watch out for the political and policy stresses that accompany a difficult and uncertain transition.

The Importance of TLAC Banking Regulations