Top Posts
Why the Status of the Fifth-Largest Economy Is a Job...
Syrian Economic Outlook Dims as Internal Conflict, Resource Theft and...
Unwinding the Unconventional Monetary Policy in Japan
Three Significant Payment Trends in 2022
Recessions Hurt: Does the Data Show That the World’s Major...
Every Organisation Should Be Aware of Invoice Scams
Home Finance Currency Problems Persist in Zimbabwe
Finance 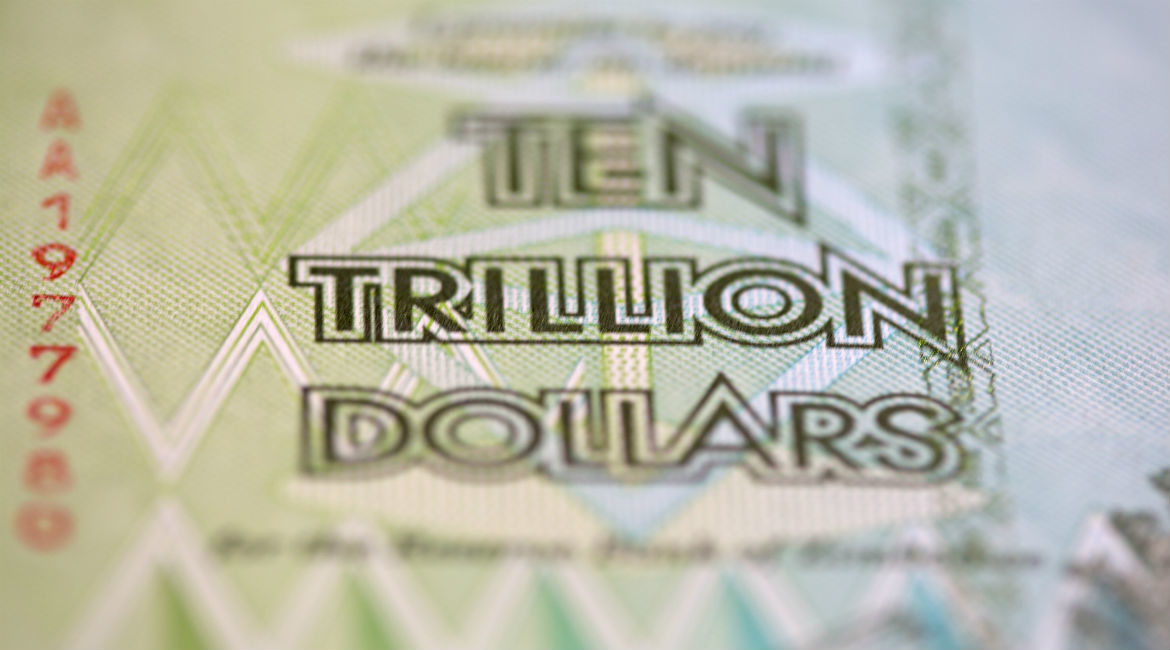 In mid-June, Cambria Africa announced that its Zimbabwe-based subsidiary—the payment-services provider Payserv—had suspended its service to its bank customers in Zimbabwe. According to Cambria, the suspension was due to a “collective refusal to pay historical and contracted pricing to Payserv Africa in US dollars”, with the investment company alleging that Zimbabwean banks have indicated that they are now prohibited by the central bank from paying external invoices in US dollars. Although its bank clients have made prior commitments to Payserv to pay invoices in dollars, the government has introduced a new currency, which is creating a raft of problems within Zimbabwe.

It was only in February that Zimbabwe launched its new currency, having scrapped its 1:1 peg to the US dollar for bond notes and coins that had been in effect since 2016. But with the country showing little faith that such a peg could be maintained, the central bank merged the currency into the less valuable transactional exchange unit, known as the Real Time Gross Settlement (RTGS) dollar (ZWL). The reason for doing so has primarily been to end the shortage of US dollars, which have been extensively used as legal tender in Zimbabwe over the last 10 years or so, as well as end shortages of crucial imported goods such as fuel and medicine.

But during the few months following its introduction, the RTGS dollar plummeted from its initial value of ZWL2.50 to the US dollar when it was introduced to more than ZWL6.00 on the official interbank market by mid-June.

The black-market rate, meanwhile, has been trading at around ZWL9.00 per US dollar. Monetary authorities, however, are suggesting that the lack of RTGS dollars in circulation will eventually prevent the continuation of this parallel market rate. Nevertheless, for the time being, the collapse in the value of the RTGS dollar on both markets has led to massive price spikes that are now making the cost of necessary goods such as fuel much too expensive for most Zimbabweans. This has not gone unnoticed by Zimbabwe’s President Emmerson Mnangagwa. “We are seeing a lot of fluctuations in the local rate of forex. As a consequence of that, we are witnessing price increases.”

The depreciating RTGS dollar is also having a severe impact on Zimbabwe’s gold industry, which generates nearly half of the country’s mineral-export revenues and represents around one-third of all mining jobs. With the central bank paying 55 percent of miners’ earnings in foreign currency and the remainder in RTGS dollars, there is a growing dichotomy being felt by miners, with almost half of their earnings losing substantial value whilst most of their expenses are denominated and paid out in foreign currency. As such, major gold producers in the country such as Metallon Corporation have stated that they are now feeling the effects of “the delay of payments for gold deliveries, and foreign currency shortages for securing key inputs”. Indeed, it has been reported that Metallon has filed a lawsuit against the central bank for its failure to access sufficient foreign-currency earnings.

And from a macroeconomic perspective, the weakening currency is pushing the economy towards the brink of yet another bout of hyperinflation, with Zimbabwe currently experiencing the highest rate of price rises since 2008—when under former President Robert Mugabe, spiralling inflation ended up hitting a peak of 500 billion percent, completely destroying the value of the populace’s savings.

Mnangagwa has acknowledged the recent currency-fuelled issues in the country. “You sleep today with the rate at one US dollar to five… and the next morning it’s at one to six, one to seven, one to eight and so forth. And when they do that, the price of bread increases according to the exchange rate,” the president lamented.

Much of the problem seemingly lies with the activity of currency speculators. According to Eddie Cross, a Zimbabwean economist and Member of Parliament as well as the founding member of the Movement for Democratic Change (MDC) party, speculators are manipulating the exchange rate to profit at the expense of Zimbabweans. “There is no justification for the current open market exchange rates. The economic fundamentals here are now sound, and in my view rates should not be above 4 to 1,” Cross recently told the local publication The Herald. As such, he has pressed for the government to take steps to contain the ongoing and excessive speculator-fuelled volatility.

On a positive note, however, there is evidence that some progress is being made to contain the fallout from the rapidly weakening RTGS dollar. The central bank recently struck a major deal with the International Monetary Fund (IMF) to implement economic reforms and support the Zimbabwean currency. The Staff Monitored Programme, which runs from May 15, 2019, to March 15, 2020, will “emphasise the restoration of macroeconomic and financial sector stability” as well as support the adoption of reforms “to allow the effective functioning of market-based foreign exchange and debt markets”. For instance, it will prevent the central bank from simply printing money—such a move would be “critical to support the new currency”, the IMF noted. The deal also prohibits the government from borrowing from the central bank in order to repay its obligations, as this would exacerbate the currency crisis; and it also allows the IMF to monitor the implementation of much-needed currency reforms in the country. Indeed, the multilateral institution has already acknowledged that “significant economic reforms” are underway.

Somewhat controversially, moreover, Mnangagwa recently declared that Zimbabwe will have a new national currency in place by the end of the year. This would involve getting rid of the multi-currency facility currently in place that allows Zimbabweans to use the US dollar, the South African rand and other foreign currencies as legal tender alongside the RTGS dollar. “A country cannot develop using other countries’ currencies, without its own currency,” Mnangagwa recently observed, adding that the country has already “started that journey” to have its own currency. And according to state media, the president confirmed that once the national currency is introduced, it will not be possible to use foreign currencies in Zimbabwe for domestic transactions. Mnangagwa has also reportedly blamed the recent jump in commodity prices on the lack of a local currency.

Cross has welcomed the president’s move, arguing that a national currency will strengthen the central bank and monetary policy, as well as give Zimbabwe control over its own money. Cross also believes that once introduced, the Zimbabwean currency would be “the strongest currency in the region, of that I’m absolutely certain”.

But Zimbabwean economist Clemence Machadu believes that simply introducing a new currency without addressing key underlying economic fundamentals will be effectively meaningless. “We already have a currency that is failing, that is the ZWL or RTGS, and introducing a successor currency without first addressing the underlying issues is just window-dressing,” Machadu recently asserted. Such sentiment was also echoed by Zimbabwean economist John Robertson, who warned that without sufficiently building the country’s foreign-currency reserves and boosting exports, any new currency that is introduced will not be adequately supported. “I’m suspicious that in six months we will not have the money. Maybe we will have to borrow, but it means we will fall deeper into debt,” Robertson said.

The government also appears to be facing resistance from opposition parties over the move. The current MDC leader, Nelson Chamisa, for instance, does not think Mnangagwa’s plans to introduce a new currency is the right move. “The problem that Zimbabwe faces is not currency, it’s politics. Until we fix our politics, deal with the legitimacy issues and address the fundamentals of the economy, introducing a new currency will not work; it’s about the fundamentals,” Chamisa recently remarked. And the Zimbabwe Economic Freedom Fighters (ZIM EFF) party has also expressed concern, arguing that “a clean-up of the political space, the execution of an independent and effective justice system, an independent Reserve Bank and complete eradication of corruption in Government” should first be achieved before Zimbabwe can even contemplate the introduction of a new currency.

I once bought an uncirculated bundle of Zimbabwe ten trillion dollar notes to give to friends as a commentary on fiat currency, politics and human error. That was before the United States of America started running trillion dollar deficits on a regular basis. Now I wonder “Is this our future?”