Top Posts
How Gamification is Catapulting Digital Banking to the Next Level
Challenges Remain, But There Are Opportunities to Be Had in...
Interview with Mr. Olukayode Pitan, Chief Executive Officer and Managing...
Commodities Outlook for 2023
The Value of Cash in a Time of Crisis: How...
The US-Africa Leaders Summit: Fostering a Closer Relationship with the...
Home Finance Decline in US Initial Jobless Claims Does Not Reveal the Full Picture
Finance 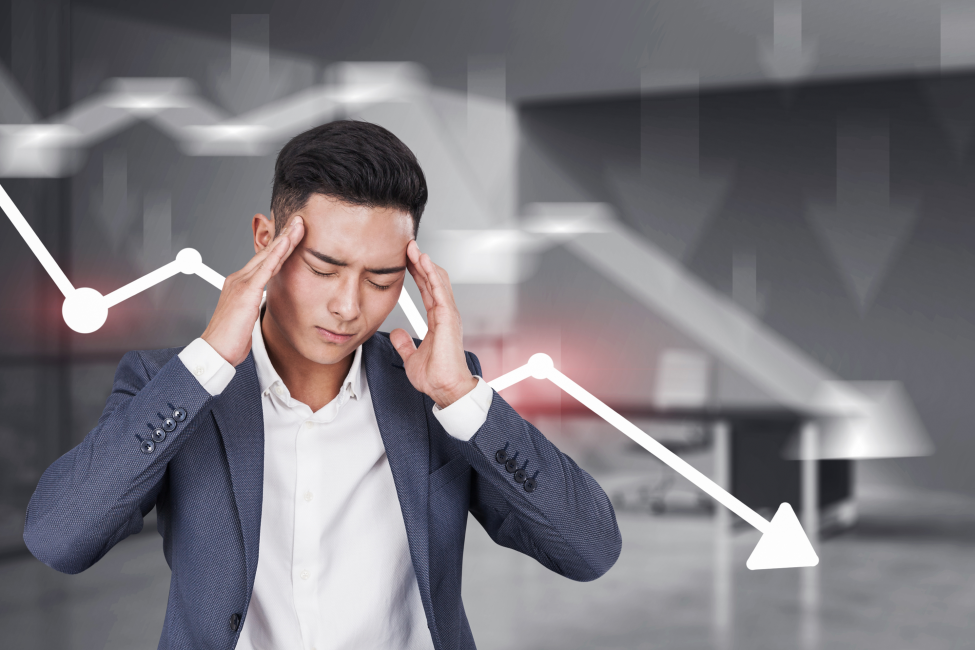 The United States Initial Jobless Claims report, which measures the number of individuals who filed for unemployment insurance for the first time during the past week, was released on Thursday, September 3, and showed a sharp decline from the previous week. According to the US Department of Labor’s (DOL’s) official press release:

US Department of Labor (DOL)

The 881,000 claims for the week ended August 29 is the lowest figure since the pandemic began and just the second time during the pandemic that claims have fallen below one million. It is also comfortably below market expectations of 950,000. As such, this new low is a positive sign that conditions in the United States’ labour market are gradually improving.

But digging a little deeper into the figures reveals a significant change in the way in which the government is accounting for seasonal adjustments. These adjustments are performed by the Bureau of Labor Statistics (BLS) to eliminate the influence on the data of predictable seasonal patterns, including major recurring holidays and back-to-school schedules.

The seasonally adjusted numbers have consistently overshot the actual number of claims, with the disparity worsening in recent weeks. Last week, the BLS announced that it will adjust its methodology for calculating initial jobless claims to account for seasonal changes. And Thursday’s data release for last week’s claims was the first to accommodate this adjustment.

What’s more, the picture looks less appealing when one accounts for self-employed workers, who normally file for benefits under a separate federal program. Including this group in the overall figures for last week reveals that unadjusted new claims totalled 1.59 million, which is considerably higher than the 1.43 million who filed during the previous week and thus illustrates a worsening situation.

“We’ll take good news when we can get it. Jobless claims came in better-than-expected and on the decline,” Mark Hamrick, the senior economic analyst for Bankrate, stated following the release of the latest figures. But Hamrick did admit that “we’re not able to compare would-be apples to oranges on new claims on a week-over-week basis as during the previous 23 weeks of the downturn” due to the new changes in seasonal adjustments by the Labor Department.

Indeed, comparisons with previous figures will not be particularly informative, given this significant methodology change. And neither does the DOL plan to revise previous data to reflect this new methodology. The seasonal-adjustment models and factors will, however, be reviewed at the beginning of each calendar year, when prior years of seasonally adjusted estimates will be subject to revision.

Nonetheless, the consistently downward trajectory of new claims since the unprecedented high of 6.8 million recorded back in March provides strong evidence that the US labour market is over the worst of its problems; that said, claims continue to remain at highs when the current situation is put in a historical context. For instance, 665,000 claims were recorded at the height of the Great Recession in March 2009, while the highest number ever recorded prior to COVID-19 was 695,000 back in October 1982. And perhaps most glaring of all is the fact that initial jobless claims were near a 50-year low just prior to the onset of the pandemic. 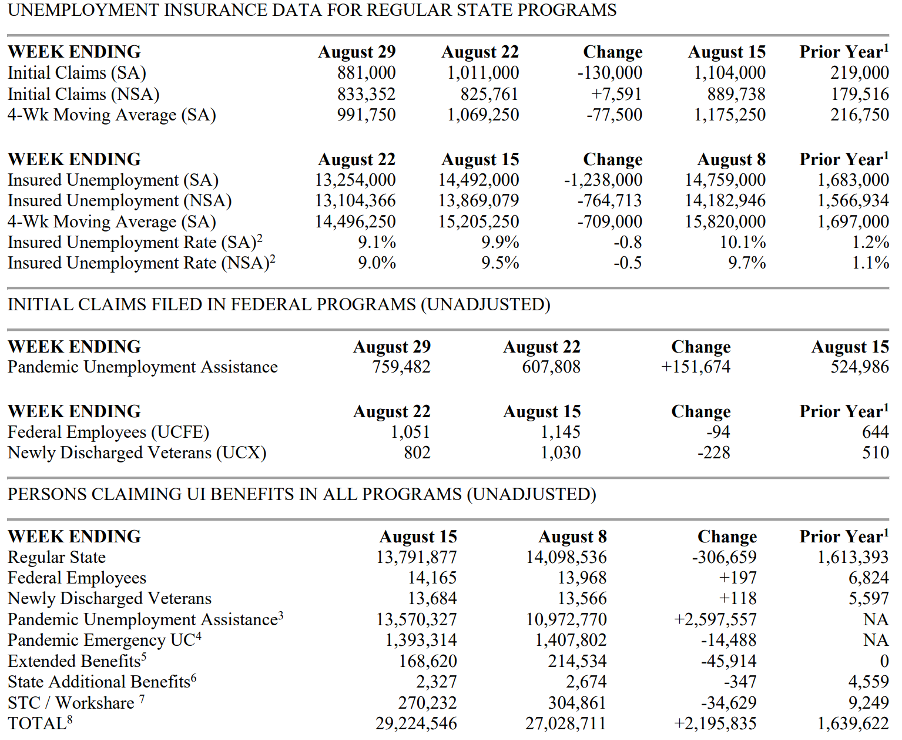 US Department of Labor (DOL)

Meanwhile, the advance seasonally adjusted insured unemployment rate for the week ending August 22 was recorded at 9.1 percent, which is 0.8 percent less than the previous week’s unrevised rate. The advance number for seasonally adjusted insured unemployment for the week ending August 22 was 13,254,000, representing a 1,238,000 decline from the previous week, which itself was revised down by 43,000 to 14,492,000.

The government also announced on Thursday that the total number of Americans continuing to claim unemployment benefits through all programs was more than 29 million for the week ending August 15.