Top Posts
Western Banks Willing to Accept the Short-Term Pain of Russian...
Why the US Is Ramping Up Its Presence in Somalia...
How Technology Is Helping to Solve Global Supply-Chain Issues
UK Inflation Climbs to Fresh 40-Year High
Extended Reality and the Metaverse Are Leading Financial Services into...
Digital Currency: India’s Move Towards a Digital Financial System
Home Finance Why Developed Nations Can Look to Emerging Countries to Serve their Underbanked
Finance 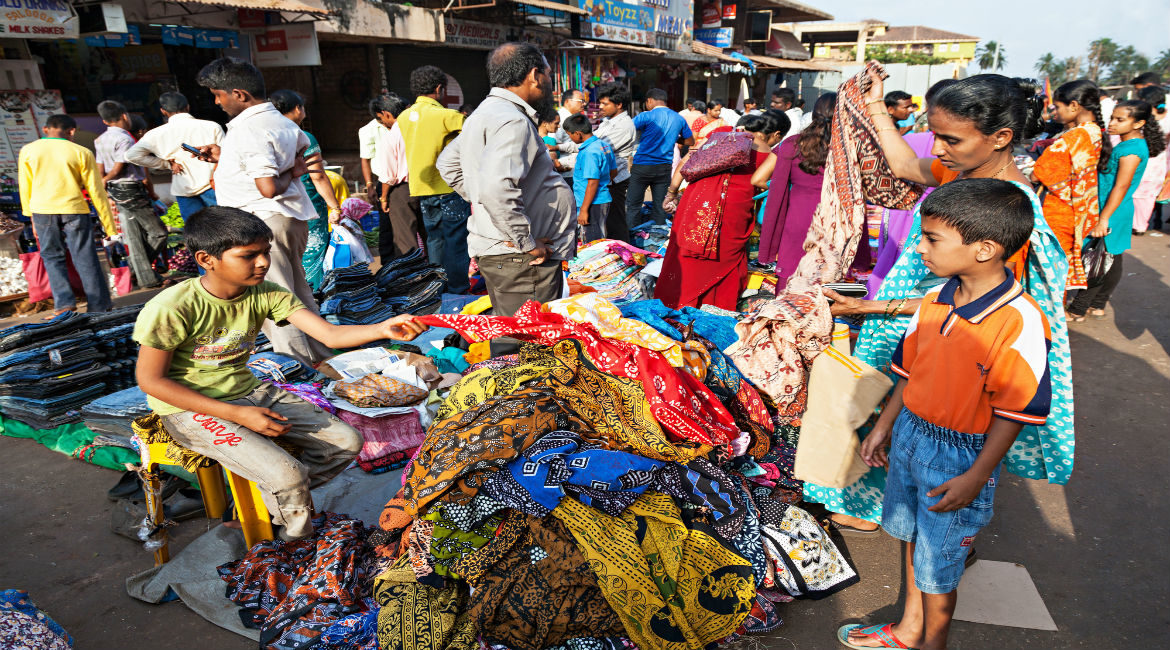 Through a 2015 government study, a leading world power found that one-in-five of its citizens were deemed “underbanked”. Affected households had a bank account but also needed to obtain a financial service or product outside the banking system. The same study also found that almost 8 percent were completely “unbanked”, having no relationship with a banking system.

While you might expect this data to be sourced from a developing or newly industrialized nation, it actually came from the United States.

Despite these staggering figures, more people than ever are being served by financial institutions globally. A recent report from the World Bank found that 700 million people became account-holders at banks, other financial institutions or mobile-money service providers from 2011 to 2014. The number of “unbanked” individuals also dropped 20 percent to two billion adults.

This represents great progress by governments and financial institutions to connect their citizens with necessary financial services. In fact, there are significant benefits to a banking relationship. Even by holding just a low-interest savings account, an individual can safeguard their finances and keep a “nest egg” in case of unanticipated emergencies, such as a medical issue or natural disaster. Further, banking relationships can empower underserved groups that face discrimination, by allowing them to take greater control of their own savings and spending.

Regardless of their country, the financial habits of the underbanked rely on mobile access more than online or in-person contact. In many cases, new financial infrastructure designed and constructed in developing nations incorporates the needs of modern technology. In India, there are more than 350 million smartphone users. This number is expected to double by 2020. Unlike the United States, many Indians have never owned a personal computer and instead rely solely on their mobile devices for their banking and purchasing needs.

With the proliferation of smartphones and growing customer preference for transacting on hand-held smart devices, mobile banking has become a key enabler for multi-channel banking. Rather than developing brick-and-mortar banking centers, financial institutions can better serve the underbanked and unbanked by developing their mobile offerings. Consequentially, the industry is realizing the inevitable growth for mobile and has undergone significant technology-led changes in the last few years to meet customers’ needs in emerging markets.

The use of mobile banking is also growing in the United States. A recent Bank of America report found that 54 percent of consumers used a mobile-banking app. However, there are disparities based on socio-economic status. In 2015, Pew Research found that although two-thirds of Americans owned a smartphone, 19 percent of respondents rely on a smartphone to some degree for staying connected to the world around them. Further, 10 percent of Americans who own a smartphone do not have broadband Internet at home, and 15 percent who own a smartphone admit to having a limited number of options for Internet access beyond their cell phone. Deemed “smartphone-dependent”, this group is largely comprised of relatively low income and educational-attainment levels, younger adults and non-whites.

The idea of “smartphone dependent” is also supported by the previously mentioned United States government report, which found that among mobile-banking users, underbanked households were considerably more likely (32.4 percent) than the fully banked (21.6 percent) to use mobile banking as their main banking method. In contrast, fully banked mobile-banking users were significantly more likely (54.2 percent) to use online banking as their main banking method than the underbanked (38.1 percent).

Mobile banking is clearly an increasingly popular way for consumers to bank, as well as a platform for financial institutions to demonstrate their innovative capabilities. However, particularly in developed countries, financial institutions need to remember that for some, mobile is the only way to bank. These organizations should take a page from their developing-world counterparts and recognize mobile as a key driver of accessibility and a means of increasing financial opportunity for all consumers.

The Latest Developments in the Battle Against Banking Fraud

The connected era – are retail banks doing enough to keep us coming back for more?

Awesome Read.Its true and I think the way India has accepted the change is laudable and will definitely help in bringing ease to business and transparency in the system.

Mobile technology is revolutionizing the global banking and payment industry. It offers new opportunities for banks to provide added convenience to their existing customers and also to reach a large population of unbanked customers both in emerging markets and in developed countries.

Mobile banking continues to be a focus area for all banks in India. Various survey indicates that the banks are looking at this channel both to increase customer engagement in urban areas as also to reach out to new ones in rural regions. This helps to take financial inclusion agenda forward. This is from banks’ perspective. However why real surge in mobile banking is happening is because of two major factors from customer perspective – widespread use of mobile phone that too many of these are smart phone and ease of doing transaction over mobile without hassle of stopping your work and visiting the branch. Off-course top banks have managed to increase the number of mobile transactions by being proactive in development of mobile apps and making mobile banking feature-rich.

Very relevant article about developed nations, where there is still a large potential for financial services expansion. Mobile technology has helped to refine the product portfolio based on individual customer needs. This technology has helped a new way of interacting with customer and there by focussed marketing against mass marketing.