Top Posts
Could Big Tech’s Iron Grip on Digital Advertising Soon Come...
Can Recent Oil Discoveries Prove to be a Boon for...
Is It Time to Explore an Alternative to Fractional-Reserve Banking?
Can AgTech Prove Instrumental in Helping to Feed the World’s...
Can the Indo-Pacific Economic Framework Expand US Economic Influence in...
Banks Remain Uniquely Vulnerable to Sophisticated Cyber-Attacks
Home Finance Does a Dictatorship Hinder Investment in That Country?
Finance 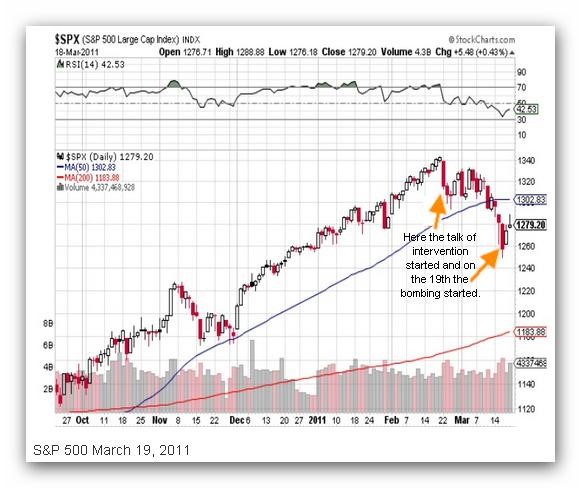 It has now become a common myth that democratic political institutions are more stable; hence, they attract more investment, and the economies of those countries receive a boost. However, there is irrefutable evidence available around the globe that rejects the notion that democracy is better for investment. Analyses of countries such as China, Pakistan, Libya, Egypt and India demonstrate that the style of government does not matter; but it is actually the political stability in a region that attracts investors.

Investment is important to an economy; it initiates growth by providing more opportunities for a country to develop. It is especially crucial for developing countries, as their economies need an instrument for growth. A possible troubling dilemma faced by developing countries is which political framework attracts more investment. Quan Li stated in an article that investors might be more prone to invest in a democracy as it offers secure property rights, better judicial system and rules of law, and an optimal environment for investors. A developing country under an autocratic regime might find it difficult to convince its leaders to give up their powers in favor of democratization. But is this change necessary for growth? China’s example stunned the world in this regard; despite being autocratic for more than half a century, China flourished in the global economy. Why is that so? Our study has proved that regime stability is more important to investors, irrespective of the type of governance.

A possible argument in favor of autocratic regime was given by Mancur Lloyd Olson in his reference to a “stationary bandit”. For Olson, a stationary bandit plays the role of the dictator by the way he “monopolizes and rationalizes theft in the form of taxes”. The autocrat can maximize the benefits of his rule by providing stability and order, along with public goods that will increase the productivity of assets. The possible disadvantage comes when the stationary bandit feels that his tenure is short-lived. An autocrat will be more inclined to steal when his tenure is short. He will try to implement policies that benefit him personally, thus increasing the political risk and deterring future investment. However, recently autocracies have not followed such paths. Scott Gehlbach mentioned in his article that “in 2007… 40% of countries lacking competitive multiparty elections attracted more private investment than the median country with competitive elections”. He further explained the cause of such patterns in investment. In his study he found that organizational arrangements that support collective action by regime supporters allow them to defend themselves against acts of expropriation, which reduces the political risk of autocracy theft. High-level investors particularly favor autocracy as they can influence the government directly, especially the multinational companies that intrude in government policies, shaping them in their favor.

This study takes into account three types of investments: foreign direct investment, gross capital formation (i.e., domestic investment) and stock exchange trade figures. The data on these three types of investments was extracted from the World Bank. This data, from five countries that represent a blend of various regimes (China, Pakistan, Libya, Egypt and India), was regressed against their durability scores, appropriated from the Quality of Governance Standard Data Base. The regression time period was from 1960 to 2011.

China represents a full autocratic regime that has provided stable ground for economic growth and investment. India represents a full democratic regime that has been able to achieve phenomenal growth under democracy. Libya and Egypt are examples of autocratic governments that have recently experienced political instability; their data has been analyzed to take into account the effect of political instability. Pakistan represents a country that has gone through many political transitions: from being an autocratic state to a democratic state, and then falling back into the hands of autocracy. By depicting various regimes, these countries help us reach a conclusion by taking into account most of the situations that can prevail in a country.

The regression model for each country was kept the same. Each individual investment was regressed individually against durability, freedom from corruption, freedom to conduct business activity and freedom to obtain finances. Regression results showed that China, an autocratic state with an average durability score of seven during the years analyzed, showed a positive and significant association of durability with investment. As the durability of the government increased, all three dependent variables of investment exhibited an increase in their value. On the other hand, the stock market and gross capital formation of India, a democratic state registering an average polity score of approximately eight, showed a positive and significant association with durability. If investors prefer democratic regimes, China should have exhibited a negative relationship with durability—meaning that as the autocratic regime continued further, investors pulled their money out of China. However, this has not been the case. The two countries to some extent exhibit the same economic features – for example, cost of factors of production are low; however, the political differences are vast between the two states. It has been the durability of their political regimes that has allowed them to attract investors. The example of Pakistan further strengthens this notion that investors prefer political stability; the regression result of Pakistan failed to show a positive and significant relationship with the changing durability score of the country. But Libya and Egypt, two other autocratic states, did display some positive and significant association with durability.

The graph above shows how, in late February of 2011, the uprisings in Tunisia and Egypt caused civil unrest in Libya. The impact of political instability was evident in a fall in the stock market; the talk of intervention followed by bombings resulted in a massive fall of 100 points in the stock index. From our data and the chart above, it can be seen that political stability leads to an increase in investment, while investors flee from instability.

Another factor that has shown significance is the level of business freedom provided by the government. This variable represents the startup costs and time and how easy it is to obtain commercial licences. In most countries, this variable shows positive and significant relationship with investment.

It has been seen from the data analysis and from the perspective of various authors that regime, whether democratic or autocratic, does not deter investors from investing unless there is instability in the region. Democratic governments might be considered secure by investors in terms of property rights; however, dictatorships are providing competition to democracies when it comes to attracting foreign investors. And with international regulatory bodies constraining the powers of dictators, investor risks have been mitigated. It is considered to be in the favor of the dictator to nourish his land so that he can gain maximum benefits from it. However, benefits from long-term investments are received in the long term. Olson, in his study, mentioned, “An autocrat who is taking a long view will try to convince his subjects that their assets will be permanently protected not only from theft by others but also from expropriation by the autocrat himself.” The only possible threat to an investor is of expropriation of their assets by the dictator; however, with better regulatory authorities in place, investors are more confident that their assets are protected. So indeed, what matters now to investors is that political stability and business freedom be present in a country, not its political structure.