Top Posts
The Devil We Thought We Knew
How China Has Managed to Avoid the Inflation Bug
Are Your Bank’s Digital Marketing Metrics Meaningful?
Identifying Beneficial Ownership: A Regulatory Conundrum
Forging a Digital Framework to Harmonize the Global OTC Derivatives...
The Paradox of AI and Investing
Home Finance Economic Development of Oman
Finance 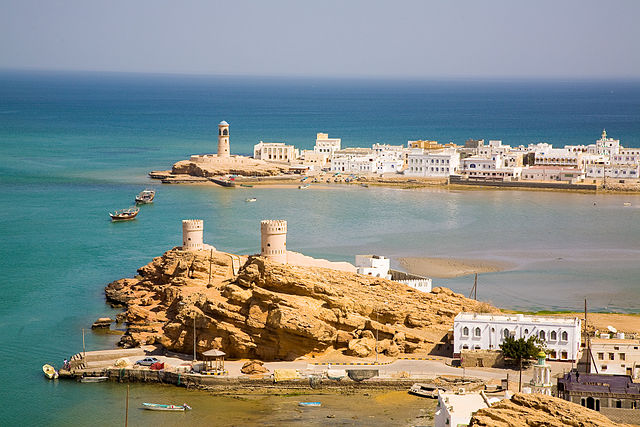 The economic development of a country is generally driven by a handful of industries (or in many cases by a single industry) that propel the economy forward. In the case of Oman’s economy, growth has been a function of the discovery, production and sale of the most abundant natural endowment in the region—oil. Much of the development and growth in Oman’s economy is due to oil exports that have driven an increase in government revenue and therefore an increase in imports. Invariably this has led to an improved standard of living for the citizens of Oman. Unfortunately, the oil reserves within Oman (like Bahrain) are being depleted, and thus Oman is looking to diversify its economy to counter the expected decline in revenue from oil exports.

Oman’s initial development strategy from the mid-1970s to mid-1990s recognized the vulnerability that the depletion of oil would have on the broader economy and involved supplementing various sources of national income to replace the decline in oil revenue. The industries targeted included manufacturing, mining and agriculture. The objective was also to ensure that government spending was evenly spread across various regions. Health, education and employment were also targeted. Oil revenue was to be carefully managed to prevent a rapid depletion of reserves and at the same time ensure that it was carefully invested in other industries for higher returns. In all, it appears that the economic reforms were well ahead of their time by recognizing the perils of not diversifying the economy to generate additional national revenue.

Following the initial period of modern growth, Oman then began implementing the second phase. This phase looked into services and downstream industries in a quest to improve the standard of living within Oman, while at the same time ensuring that the population was exposed to the services industry and international competition. The industries in focus included tourism, helped by the rising middle class within the region; infrastructure, which modernized the economy; privatization of government enterprises and improved health services. This liberalization brought several improvements to Oman’s economy and to its citizens.

The Omani economy grew approximately 5.5 percent year over year between 2000 and 2005. This rate is comparable to other Gulf nation economies that are dependent on the export of oil and gas. Oman’s non-oil economy continues to grow and gather momentum. The growth of these industries reduced the rise in currency appreciation that other oil-exporting economies experienced during the oil boom. As with other countries, Oman is competing for Foreign Direct Investments (FDI), which almost tripled to around 600 million OR (Omani rial) by 2005. This figure has reached over 1 billion OR, incorporating foreign investments in infrastructure and part ownership of assets sold by the government.

During the process of economic reform, the Omani government has ensured that political instability and violence are curbed as much as possible. This partly explains why during the Arab Spring uprising, there were minimal disturbances within Oman. This backdrop of political stability has ensured that there is consistency in economic reform, that policies are implemented and that legislation is enacted. Corruption has also been curbed considerably in recent years with improved governance structures and education systems. This is contrary to the experiences of other countries that rely on the export of natural resources for their national incomes. This relative stability has resulted in revenue from oil exports being directed efficiently and effectively to government-funded programs. The improvements in the Omani political stability and reduction in corruption have also promoted Oman to be a favored destination for foreign direct investment, bringing higher rates of return.

While the modern economy of Oman began with the export of oil, now the economy is assisted by the production and demand for its other natural resource—gas. Economists forecast that there will be rising domestic demand for gas consumption within Oman. This rise in demand is fueled by the increase in industrial activity and the growth of the middle-income population that demand the use of white goods and electricity-consuming devices. Other industries such as iron and steel have also benefited from the increase in gas (and oil) production within Oman.

Oman’s economy continues to develop and is ranked highly among Gulf nations. While the economy has grown in several phases, the main drivers of growth have been the reforms that were implemented by successive governments and the continuation of authority within Oman. Despite these improvements, there are several factors that still continue to hinder a more rapid growth within the economy. These include the equitable distribution of wealth and income across all provinces. There are also large parts of the country that are isolated due to the lack of development of infrastructure. Nevertheless, Oman’s economic development has come a long way since the 1970s.

Job Cuts in US and European Investment Banks; Australian Ones Hire