Top Posts
Challenges Remain, But There Are Opportunities to Be Had in...
Interview with Mr. Olukayode Pitan, Chief Executive Officer and Managing...
Commodities Outlook for 2023
The Value of Cash in a Time of Crisis: How...
The US-Africa Leaders Summit: Fostering a Closer Relationship with the...
Three Key Sectors in Which to Invest in 2023
Home Finance The Economic Implications of China’s 19th Party Congress
Finance 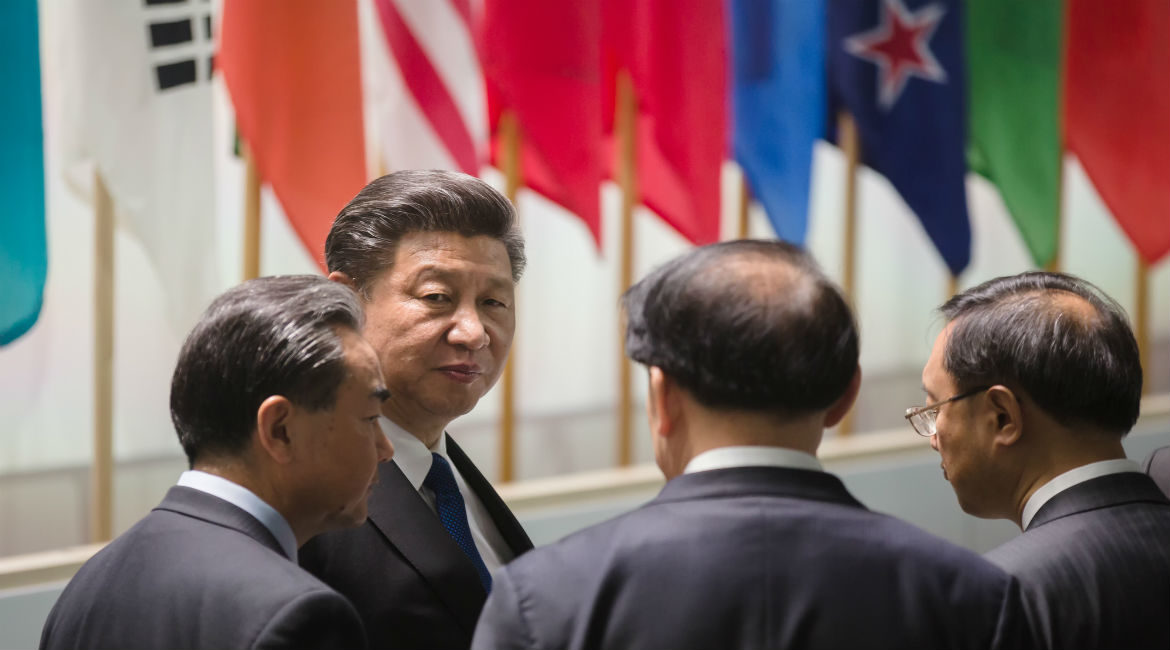 “Openness brings progress for ourselves, seclusion leaves one behind. China will not close its doors to the world; we will only become more and more open.” Those were the words uttered by China’s President Xi Jinping during his speech to thousands of his party delegates on October 18, the first day of the 19th National Congress of the Communist Party of China (Party Congress). The event, which is held only once every five years, was the most important in the Chinese political calendar this year, and has confirmed that President Xi Jinping (Xi) can now embark on his second five-year term at the helm. As such, Xi is now able to further consolidate his position in power; indeed, the Party Congress has recently amended the official party constitution to include “Xi Jinping Thought of Socialism with Chinese Characteristics in the New Era”. Having received considerable backing from his party to carry on, therefore, many now view Xi’s status as being on a level matched only by the likes of Mao Zedong and Deng Xiaoping.

Although much of the congress focused on issues pertaining to China’s political, military and security issues, Xi also devoted a significant portion of time to discussing China’s economic prosperity, particularly within a global context, as the country continues to take a more leading role on the international stage. Now armed with considerable power, moreover, Xi has an opportunity to further advance China’s economic might and stability in the world; indeed, the views he put forward during the congress suggests he is ready to do just that. During a marathon 3.5-hour speech to open the congress, Xi discussed many aspects of China’s “new era” as one of the world’s most powerful nations, as well as acknowledging a range of economic goals that he hopes to address during the coming years.

Although Xi’s speech also touched on many pressing economic issues that require more immediate attention, there was little sign that a revolution in market liberalisation is around the corner, unlike during the Deng Xiaoping era when economic growth in the country accelerated significantly. As the New York Times observed, “He used the word ‘market’ only 19 times, compared with 24 times by Mr. Hu at the previous congress in 2012, and 51 times by then-President Jiang Zemin at the congress in 1997.” Nevertheless, Xi stressed that China’s open door will not be closed, but rather will be only opened wider, which indicates that he is likely to go ahead with several market-oriented reforms, with the country’s foreign-exchange rate and financial systems likely to be most pressingly addressed.

The tenor of the speech also suggested that while reforms are likely to be implemented, they will be executed within the existing Chinese political framework—one that is characterised by the state wielding much influence on economic and market forces. Strengthening the country’s state-owned enterprises was particularly emphasised by Xi, who promised that his government will “promote strengthening, improvement and expansion of state capital, (and) effectively prevent loss of state assets, deepen reform of state-owned enterprises, develop a mixed-ownership economy and cultivate globally competitive world-class firms”. It is also worthy of mention that Xi has appointed an inner circle of close confidantes who support his agenda; as such, his supporters believe that having such people in leadership positions during his second term will enable the president to make decisions more quickly and potentially with less bureaucratic resistance. Such a move also clearly underlines Xi’s bid to strengthen his position and equip himself with even more authority.

The centrepiece of Xi’s speech, however, was the lofty economic ambitions that he hopes the country will achieve during the coming years. Indeed, the main overall theme of this year’s congress was to remind the nation of its founding purpose—that is, to achieve the “great rejuvenation of the Chinese nation”, which has also come to be known as the “Chinese Dream”, a phrase introduced by Xi soon after taking the reins five years ago. And in order to realise this dream, Xi aims to set the country on a path to accomplish two specific goals.

Firstly, and perhaps most intriguing of all, is the commitment to end poverty in China by 2021—the year of the 100th anniversary of the Communist Party’s founding—in order to build a “moderately prosperous society”. Xi spent considerable time highlighting the progress the country has made in this regard during his first five years of leadership: “The livelihood of the people has been improving, and a raft of initiatives to benefit the people has seen implementation. We have made decisive progress in the battle against poverty, with more than 60 million citizens being lifted above the poverty line. The poverty headcount ratio has decreased from 10.2 percent to less than 4 percent”.

Secondly, Xi aims to transform China into a “fully developed nation” by 2049, which marks the 100th anniversary of the founding of the People’s Republic. Moreover, he set out a timetable for the country to achieve this goal. “Socialist modernization”—whereby China significantly narrows its wealth gap and improves its environment—will be completed by 2035; followed by a 15-year period to 2050 during which time the nation will become a leading global power. Of note, during this portion of the speech was the reinforcement of Xi’s views on the domestic housing market, particularly that “houses are built to be inhabited, not for speculation”. Such a position implies that the currently stringent measures imposed on the housing market are unlikely to be alleviated any time soon, which in turn suggests that home sales will continue to ease in spite of persistent strong demand. Government measures have been imposed on more than 50 cities in China to dampen overheated housing markets in various regions of the country; and they include higher mortgage down payments, increased interest rates and price intervention to stabilise costs.

Among the other economic highlights of Xi’s speech during the Party Congress was the announcement of the institutionalisation of the anti-corruption campaign, as well as improving corporate and provincial debt. From an environmental perspective, moreover, the reduction of pollution is now high on the priority list. And as far as the near-term is concerned, it is likely that Xi will have commenced his second term on an economic uptick—having set a GDP (gross domestic product) growth target of 6.5 percent for 2017, the Chinese economy appears on course to easily beat this, having recorded annual growth rates of 6.9 percent, 6.9 percent and 6.8 percent respectively during the first three quarters.

Ultimately, the congress’ takeaway message for China’s economy is that Xi is likely to continue taking gradual steps as far as market reform and opening up to the rest of the world is concerned. Stability on the economic, political, financial and social fronts seems to be of paramount importance to the leadership, which in turn suggests that radical changes will be few and far between.

Investing in Managerial Honesty: Opportunities and Challenges for Banks and Regulators