Top Posts
Could Big Tech’s Iron Grip on Digital Advertising Soon Come...
Can Recent Oil Discoveries Prove to be a Boon for...
Is It Time to Explore an Alternative to Fractional-Reserve Banking?
Can AgTech Prove Instrumental in Helping to Feed the World’s...
Can the Indo-Pacific Economic Framework Expand US Economic Influence in...
Banks Remain Uniquely Vulnerable to Sophisticated Cyber-Attacks
Home Finance Euribor Reform: Is the Euro Benchmark Effectively Stronger?
Finance 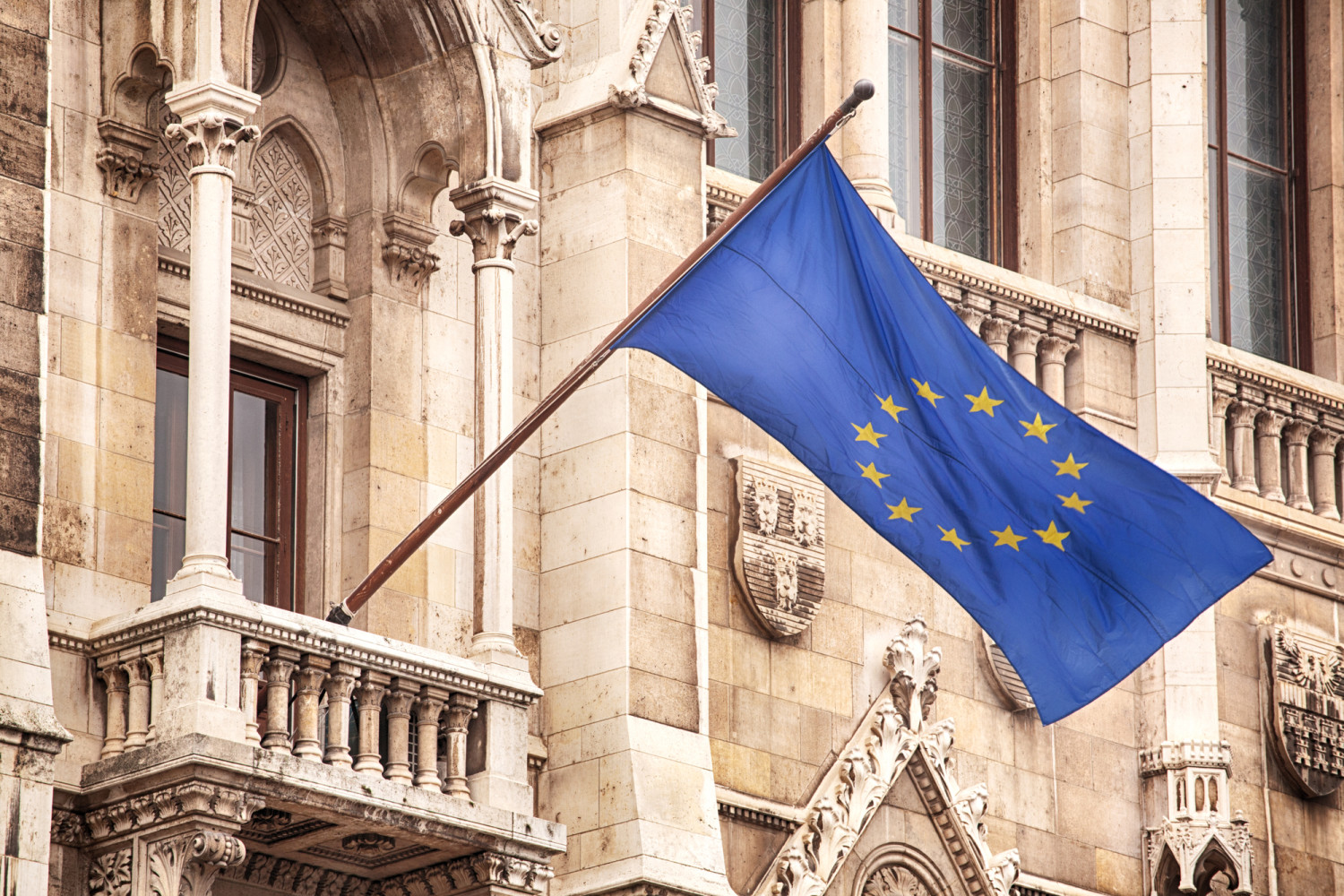 The global financial crisis that emerged in 2008 and lasted several years impacted economies and financial markets on various fronts. The financial turmoil rapidly spilled over to the real economy, with several countries facing deep recessions and rising unemployment levels, while the functioning of global and integrated financial markets was severely impaired. One of the skeletons unveiled by the crisis was the weakness of the most used interest-rate benchmarks, the reference for many trillions of financial instruments and contracts worldwide.

The first interest-rate benchmark to be affected was the Libor (London Interbank Offered Rate), with reports of alleged manipulation and misconduct brought to light during 2009. Several large banks were accused of manipulating their Libor contributions for their own gain, mainly to make profit with derivatives based on Libor rates. So far regulators from several jurisdictions, namely in the US, the UK and European Union (EU), have imposed fines on banks of more than $9 billion.

The reference interest rate for the Eurozone, the Euribor (Euro Interbank Offered Rate), suffered similar misconduct by several large panel banks. The European Commission fined four banks around €1 billion and supported a large-scale reform of the Euribor-setting process. The Euribor is pivotal to the functioning of the euro financial and money markets, but also to the real economy as it is the reference for many loans to households and firms. The notional volume of outstanding financial contracts based on the Euribor is estimated at more than €180 trillion, while around 28 percent of all retail mortgages in the Euro area are indexed to the Euribor.

The main weaknesses of both reference rates arise from their quotation-based setting process. Both Libor and Euribor rates result from daily contributions from a fixed panel of contributing banks, considered to be representative of the interbank money-market activity of the respective currencies, of estimated interbank borrowing costs.

According to the definition of the Euribor, panel banks shall “provide daily quotes of the rate, rounded to two decimal places, that each panel bank believes one prime bank is quoting to another prime bank for interbank term deposits within the euro zone”. Before the crisis, 44 banks belonging to the Euribor panel were sending daily contributions for a set of 15 tenors, ranging from one week to one year, each morning up until 11 AM. Afterwards, the calculation agent proceeded with the calculation by considering, for each tenor, the average of the contributions, after the elimination of the 15 percent highest and lowest contributions. Therefore, the Euribor can be seen as a trimmed average of the banks’ contributions.

As it can be easily seen from the definition, banks’ Euribor contributions do not result from effective banks’ money-market transactions, although they should be the best estimate of borrowing costs, and thus considerable subjectivity is embedded in the definition of Euribor. In conclusion, banks could relatively easily, if in collusion, affect the levels of the reference rates for their own profits without raising suspicions. And indeed banks behaved that way for some time.

Regulators and investors were completely blank regarding the flaws of the Euribor-setting process until the manipulation cases were brought to light. During the investigations, it became clear that the setting process would have to be deeply reformed if the Euribor was to be maintained as the most important reference rate of euro financial and money markets and for billions of euros of financial contracts (the Libor also has been under a deep reform process during the last years).

During the discussions and the reform process, the Euribor was severely affected by the drop of 20 banks from the contribution panel. The current panel includes only 24 banks. Banks were discouraged by the increasing public scrutiny and authorities’ regulations, by the costs they would incur to adapt to the new rules and procedures, and because some found it very difficult to maintain high-quality contributions due to the freezing of unsecured money-market transactions. Indeed, many banks, especially those from the periphery but not only those, were quoting rates for 15 tenors up to one year, when they had no transactions in the money market or only very few short-term transactions. Under this scenario, the contribution process became very puzzling and promoted the “bloodshed” on the Euribor panel.

From all adopted measures, one should highlight:

As of October 2013, a new and improved code of conduct was published. The new code set out, among other things, the rights and obligations of the steering committee, a sanctions regime, a conflicts of interest policy, accountability procedures, rules for amending documentation related to the Euribor, record-keeping and transparency rules, and the obligations to be respected by the calculation agent.

Among several improvements, the new code clarified major definitions of the benchmark, such as “prime bank” and “interbank transactions”. The distinction between “prime bank” and “panel bank” made clear that each bank’s contributions do not represent its own funding costs but instead “the rates that it believes one prime bank is quoting to another prime bank for interbank term deposits within the euro zone”. This distinction reinforces the accuracy of the Euribor, as it is clear that banks’ contributions do not have to reflect their own funding costs. Additionally, banks have no incentives to manipulate their contributions in order to hide any increases in their own funding costs, contrary to the case of Libor.

The COPB, effective from October 2013, sets common minimum requirements for the submission process and control mechanisms for the panel banks, in order to increase the integrity and transparency of the benchmark.

In order to reduce the complexity of the contributions and given that some tenors were in practice not used, the authorities recommended the elimination of the less important tenors (3-week, 4-, 5-, 7-, 8-, 10- and 11-month tenors). The goal was to simplify the contribution process without creating significant market disruptions, as the eliminated tenors were scarcely used by market participants. The eight tenors that remain active are 1 and 2 weeks and 1, 2, 3, 6, 9 and 12 months.

The Eonia (Euro OverNight Index Average) is the euro overnight reference rate, and, contrarily to the Euribor, the contributions made by panel banks result from effective transactions and not intentions or estimates. In order to protect the Eonia rate, which was suffering from a significant contraction of its contribution panel as banks wishing to stop contributing to Euribor also had to leave the Eonia panel, it was recommended to adopt separate contribution panels. The adoption of this recommendation, as of June 2013, not only stopped the contraction of the Eonia panel but also promoted the return of ex-panel banks.

Assessment of the reform process—is the Euribor more transparent?

Following the implementation of the above-mentioned measures, the relevant authorities have assessed that significant progress was achieved in the Euribor reform process. However, authorities also urged the administrator to keep up with the reform process in order to follow the best practices that are being adopted across the world and to comply with any further recommendations or pieces of legislation, namely under the European Commission legal initiative for regulation of financial benchmarks.

The reform process minimized the likelihood of a loss of market confidence in the Euribor by increasing the transparency and integrity of all the phases and agents involved in the setting of the benchmark. From the market perspective, no negative trend was observed regarding the use of the Euribor as an index for various financial contracts. Indeed, the Euribor remained as the most important interest-rate benchmark of the Euro area.

However, one can ask if it is just a question of confidence or also a question of non-existence of viable benchmark alternatives.

Following the financial and sovereign debt crises, the unsecured market lost its importance to the secured money-market segment. Notwithstanding this current dominance of the euro-secured market over the unsecured one, the heterogeneity of the European secured market arising from the different characteristics of the underlying collateral (e.g., different levels of liquidity and risk across different national securities) undermines the possibility of having a broadly accepted reference interest rate based on the secured market.

On the unsecured segment side, the Euribor is by far the most accepted and used reference rate. A viable alternative to the Euribor would only be likely in the scenario of a new benchmark based on effective unsecured money-market transactions, instead of on banks’ estimates, as is the case of the Euribor. The Euribor administrator, EMMI, is currently undertaking a thorough analysis of the possibility of having such a benchmark, named Euribor+. It has already concluded a broad data collection from more than 50 banks and for more than a one-year period and is presently working on the methodology and specifications of the potential new benchmark. The feedback from the market participants, the main users of financial benchmarks, was largely positive and supportive of this initiative.

The main advantage of such a benchmark is that it would represent more effectively the conditions of the euro interbank money market and would save banks from the difficulties of having to provide estimates for the calculation of the Euribor. It would clearly improve the compliance and reduce the operational burden faced by panel banks. However, there are also some drawbacks related to transaction-based benchmarks. A transaction-based benchmark is entirely dependent on the existence of effective transactions for all the calculated tenors, which includes long tenors such as one year, thus increasing the risk of higher volatility and ultimately the risk of not having transactions to calculate a specific tenor. Therefore, if Euribor+ is adopted, there will have to be contingent mechanisms to overcome the above-mentioned problem. For instance, banks would provide estimates for specific tenors in the absence of sufficient transactions.

Summing up, it can be said that the Euribor (like the Libor) not only survived the manipulation and misconduct problems but also emerged, following the deep reform process, as a stronger and more transparent financial benchmark. Despite all the improvements in its governance and setting processes, the Euribor remains susceptible to transgressions due to its own definition as a quotation-based benchmark, therefore requiring permanent attention from the relevant supervisory authorities. In the future, the creation of a consistent transaction-based reference rate may prove to be a viable alternative, or at least a complement, to the Euribor.