Top Posts
Challenges Remain, But There Are Opportunities to Be Had in...
Interview with Mr. Olukayode Pitan, Chief Executive Officer and Managing...
Commodities Outlook for 2023
The Value of Cash in a Time of Crisis: How...
The US-Africa Leaders Summit: Fostering a Closer Relationship with the...
Three Key Sectors in Which to Invest in 2023
Home Finance Are Expectations for Global Trade Growth to Return to “Normal” Realistic?
Finance

Are Expectations for Global Trade Growth to Return to “Normal” Realistic? 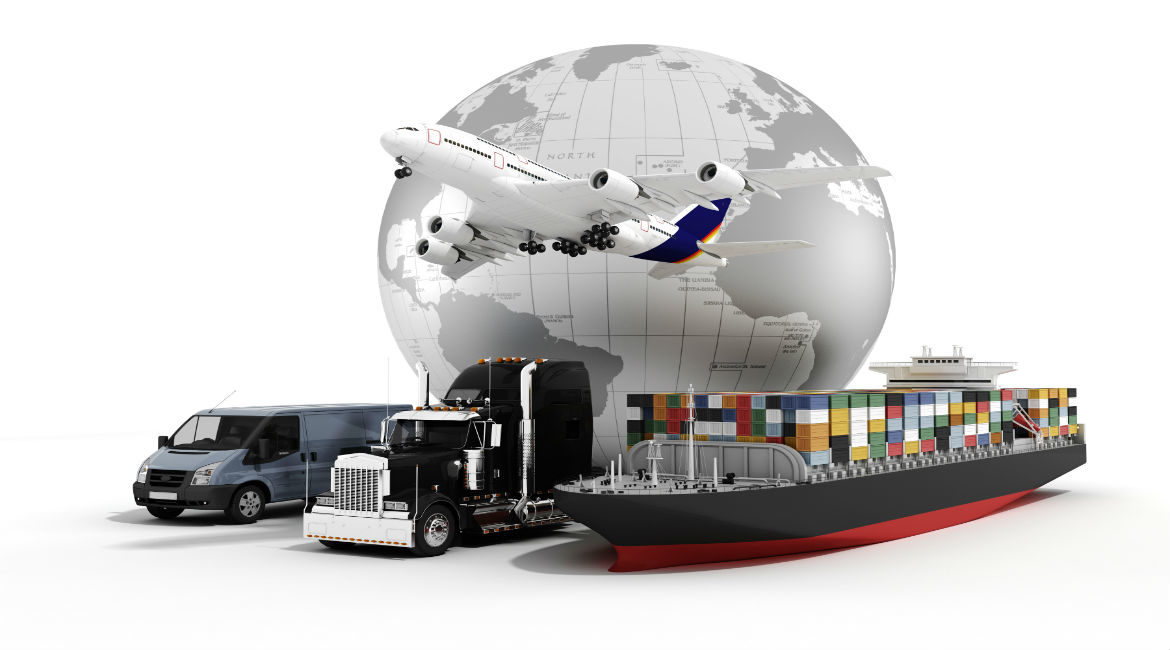 In 2016, we find ourselves in uncharted territory, with hopeful expectations that trade and China’s growth will naturally resume to pre-2008 levels. But are these expectations realistic? Or are they dangerous because they make us complacent? What should we be doing?

A new approach to trade agreements is necessary, and emerging markets (other than China) can play a larger role in growth. Meanwhile, technology has the power to revolutionize trade by addressing long-standing problems, such as access to finance, that impede growth and job creation.

Understanding that expectations are unrealistic leads to a call for action.

I think there is some “yet to be studied” human condition wherein we intuitively think life will go back to the way it was following a crisis, even if intellectually we know this is unlikely. This is dangerous because it can lead us to complacency. Expectations for trade growth, for example, need to be put into context.

While it was widely reported in 2015 that trade dropped by a whopping 13.5 percent, what was not always made clear was that drop, albeit significant, was the dollar value of trade, which fell due to the collapse of commodity prices. Yet the number of transactions occurring, not the dollar value, continued to increase at approximately 2.8 percent, albeit at a much slower pace than during the previous 15 years leading up to the 2008 crisis, when trade growth averaged 5 percent.

Indeed, trade was a tremendous engine for global growth in the pre-2008 period, which lifted millions of people out of poverty, particularly in Asia. Hypergrowth in trade was fueled by rapid internationalization of supply chains. Today, trade growth has been hit by weaker demand from the West and possibly by maturing emerging markets rebalancing the structures of their economies. In addition, international supply chains may be reconfiguring to adapt 3D printing and robotics into their manufacturing processes, although only anecdotal evidence at this time supports this apparent trend; but it’s hard to imagine this won’t be empirically proven at some point in the not-too-distant future.

In the post-war period and in the 1970s and early 1980s, trade growth to GDP growth was about equal, not two and three times more as we saw pre-2008. And this more modest trade growth is what the World Trade Organization (WTO) expects in the medium-term. So as Roberto Azevedo, head of WTO, says, as much as the “new normal” is not “normal”, actually the “old normal” was not “normal” either.

Expectations for China to resume 10 percent growth are unrealistic.

As former US Treasury Secretary Larry Summers and other economists have argued, no economy could possibly sustain 10 percent growth over a prolonged period. That said, growing at somewhere between 5 and 6.5 percent, China’s contribution to global growth, even at these lower levels, remains huge. It’s not uncommon for economies to experience a post-recession bounce, but we’re not seeing it in trade, in China or in general, and I don’t think it’s reasonable for us to expect that it will come about naturally.

There is no clear roadmap to direct us out of our current economic situation, because we haven’t really seen this before. Interest rates have been kept at historically low levels, even negative in some economies. Notwithstanding, we continue to see anemic growth, low job creation, low productivity, low capital expenditure and constant flirtation with deflation. Arguably, the only period in history in which we have seen this cocktail is the 1930s. To complement the economic likeness to the 1930s, many have argued that current social and political trends are alarmingly similar to that dark period. So while there is no roadmap for where we are today, the parallels with the 1930s are disturbing.

We aren’t necessarily going to end up in “world war hell”, but the overarching point here is that we cannot be complacent because we think the economy—through hypergrowth in trade and China—will right itself. We need to take action to ensure that we don’t sleepwalk into a place we don’t want to be.

Proposals for action, especially to ward off protectionism.

Another hallmark of the 1930s was protectionism. There is a perception among the general population in the Northern Hemisphere that the global-trading system is stacked in favour of “the 1 percent”. Polls also suggest that most people believe their children will not be better off. These sentiments, and news of Panama Papers and widening income disparities, no doubt contribute to prevailing anti-trade sentiment.

To help ward off protectionism, we need a new approach to trade agreements. That means not focusing the discussion on market access for industry sectors and economic theories about comparative advantage. Instead, we need to focus the discussion on the real human impact of trade, stories that speak to people on a personal and emotional level. It also means more of what we’ve started to see in the Trans-Pacific Partnership (TPP): leveling the playing field on labour and environmental standards. It should also mean arrangements between governments to address tax avoidance, people not paying their fair share. And if trade is to succeed, those who lose out from trade agreements, and there are always losers, need to be better compensated. Protectionism can only help feed the 1930s scenario, and we need to do what we can to turn the general view back in favour of trade.

Financial inclusion is critical to eking out the maximum potential for trade and economic growth.

Asian Development Bank (ADB) started a few years ago to track, for the first time ever, whether there are market gaps for trade finance. Our study last year suggested a $1.4 trillion global trade-finance gap, of which $600 billion is in developing Asia. Not surprisingly, the most underserved segments are small and medium-sized enterprises (SMEs) and proportionally the non-BRICS emerging markets. The study also concluded that if companies had access to 5 percent more trade finance, they would produce 2 percent more and require 2 percent more staff. This suggests we could eke out a lot more growth and job creation if we close trade-finance market gaps.

While China cannot be expected to make the oversized contribution to global growth it once did, and notwithstanding India’s potential to play that role, David Lipton, deputy managing director of the International Monetary Fund (IMF), has argued that a collection of smaller but still large emerging markets could. These would be countries such as Indonesia, Vietnam, Bangladesh, the Philippines. Skepticism is understandable. But consider South Korea, which, after 50 years of 7 percent average growth, went from living standards comparable to Western Africa to being a major contributor to the global economy. With the right mix of policies applied consistently, we can expect the same of these countries. Part of the answer will be to close market gaps for trade finance.

Asian Development Bank’s Trade Finance Program (TFP) closes trade-finance market gaps by providing loans and guarantees to banks to support trade. It completes about 2,000 transactions a year supporting, on average, approximately $3.5 billion in trade year-on-year. TFP focuses on markets in which the private sector has the most difficulty operating and in which market gaps are most pronounced. The most active countries in the program are Bangladesh, Pakistan, Vietnam and Sri Lanka. Over 80 percent of TFP’s transactions support SMEs. In addition to support from triple A rated multilateral development banks such as ADB, innovations that could dramatically increase access to finance are in view.

What technology can do to boost the global economy.

The role that technology could play to include a broader base in the global-trading system is mindboggling. Technology could address the two greatest impediments to SME finance: a lack of information and the costs of providing loans to SMEs.

Imagine a single window—or several windows that are easily accessed through one search—on computers and/or mobile phones through which everyone in the world trades, where everything is bought and sold. All transactions ever conducted are accessible through the (merged) window(s) so that a financial institution could easily and inexpensively access (search) a wealth of information: see a company’s entire history of paying and performing under contracts and whether there have been any commercial disputes, follow its whole supply chain.

Another innovation called “smart contracts” could revolutionize productivity, sending supply chains into hyperdrive. Unlike today’s paper-based, static legal contracts, smart contracts are digitized and self-executing. For example, once an electronic payment is made, the smart contract automatically triggers a shipment being released. Or if a monthly payment to lease a car is not made, the car automatically does not start. Imagine the efficiency gains, increased productivity and lower costs to companies trading based on smart contracts. While these technologies may sound farfetched, let me assure you that they are not. Banks and others have invested significant capital; they are cooperating amongst themselves, running proof of concept tests and rapidly innovating in these areas.

Government-issued e-currency is inevitable and will hasten technological innovation and implementation. E-currency won’t replace all physical money but will be issued in addition to it. The central banks of England, China and Canada have said that they will issue e-currency in the medium-term—I’m guessing in “two-ish” years.

What can we do to promote and hasten technology’s potentially revolutionary role in the global economy? First, we can familiarize ourselves with the technologies, at least conceptually. These technologies are potentially so disruptive that a broad and coordinated effort is required from disparate groups: IT “geeks”, bankers, regulators, academics, companies and government. We all need to be engaged in the conversation. Second, we need a broad effort to ensure all companies and individuals have digitized legal identifiers, because these unique identification systems are critical to implementing a lot of technological innovation. In fact, Sustainable Development Goal (SDG) number 16.9 is that every individual on the planet have a digitized identity by the year 2030.

In conclusion, we’re in uncharted territory and cannot expect the world to right itself. A new approach to trade agreements, broad support for non-BRICS emerging markets, closing financing gaps and implementing technological innovations that solve problems can help us get and stay on a much better track.