Top Posts
Challenges Remain, But There Are Opportunities to Be Had in...
Interview with Mr. Olukayode Pitan, Chief Executive Officer and Managing...
Commodities Outlook for 2023
The Value of Cash in a Time of Crisis: How...
The US-Africa Leaders Summit: Fostering a Closer Relationship with the...
Three Key Sectors in Which to Invest in 2023
Home Finance Financial Institutions Need to Reach Women on Their Terms
Finance

Financial Institutions Need to Reach Women on Their Terms 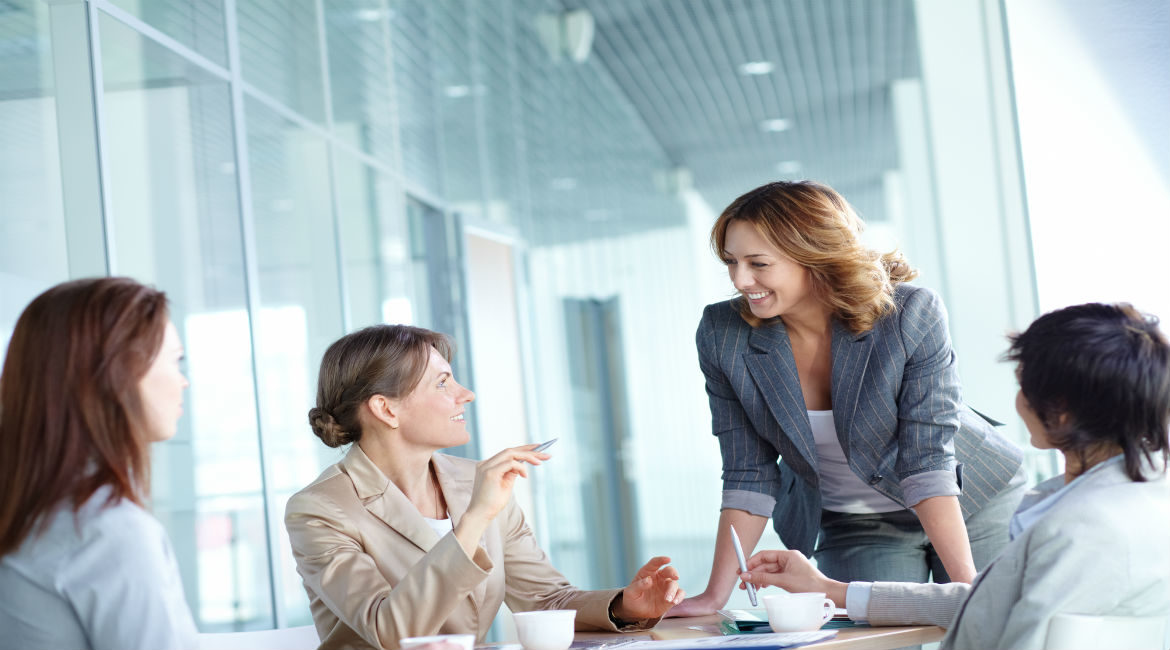 We recently celebrated International Women’s Day (IWD), a time to recognize the contributions of women and re-affirm our commitment to empowering female colleagues and clients. IWD is also a time to reflect on the areas in which all of us—financial service providers especially—need to do a better job of promoting gender balance.

Despite overall progress in access to finance, the gender gap hasn’t changed much since 2014. According to the 2017 Findex Report the average man is still nine percent more likely to have a bank account than the average woman. That amounts to a gap of roughly 200 million people.

The disparity has actually widened in some regions. In the Middle East & North Africa, the gender gap in financial inclusion increased from 14 percent in 2011 to 17 percent in 2017. In Sub-Saharan Africa, it grew from five to 17 percent over the same period. In Afghanistan, Jordan, and Pakistan, the combined gap in the rate of male and female account holders increased from 16 percent to 26 percent over the last three years.

Working to close the gender gap doesn’t mean ignoring men—far from it. Access to finance is a right to which everyone is entitled. However, research demonstrates that both women and men benefit from gender balance. That’s why it’s so important to empower women to participate in economic life on an equal footing.

Fintech innovations such as mobile and agent banking can be part of the solution, but they must be properly designed and targeted toward empowering women. Research shows that, thus far, fintech has been most effective at narrowing the gender gap in markets where women are already financially included to some degree. Where that isn’t the case, and where women face diminished access to technology and digital literacy training, these solutions are less empowering.

For starters, many of the products and services being developed depend on mobile technologies and therefore run up against the digital gender gap. Worldwide, about 184 million fewer women own phones compared to their male counterparts. That gap is about 10% in low and middle-income countries. Among those women in developing countries who do own a mobile phone, they are still 18% less likely than men to use mobile internet. This digital gap limits the transformational impact that mobile financial services can have.

In many societies, the use case for women to use mobile banking solutions just isn’t there. In some developing countries, women already play active roles managing household finances, and the swift uptake of mobile banking by women has reflected that. In others—especially in South Asia—women tend to be excluded from the financial sphere for social and cultural reasons. So even if a woman has a smartphone and a data plan, there might be no use case for mobile banking.

My organization, FINCA Impact Finance (FIF), operates on the realization that access alone isn’t enough. More intentional action is needed to ensure women are equipped to benefit from the worldwide expansion of financial inclusion. Gender-sensitive financial products, services, and delivery methods can help close the gender gap by adapting to the specific needs of women. Moreover, there is a strong business case for a greater emphasis on serving female clients. Women tend to be responsible borrowers and competent business managers. Simply put, they successfully grow their businesses and repay their loans.

In recognition of that, the past two years have brought some of our boldest women-centric initiatives yet. We launched a Diversity & Inclusion strategy to ensure greater balance—both within the organization and in how we serve our clients. The strategy emphasizes gender-equitable hiring and promotion practices intended to identify and support women leaders. It’s informed by a body of research demonstrating that firms with more women represented in management tend to be more successful and deliver a better product to clients. Gender balance at the top tends to flow downward.

The strategy also requires our subsidiaries to develop women-centric products and services that are empowering women entrepreneurs in the communities and countries we serve. The good news is, several of our gender-sensitive banking initiatives are already starting to bear fruit.

Afghanistan: Banking for Women, by Women

The case of Afghanistan demonstrates both the need for and the benefits of a women-centric approach to finance. According to World Bank data, only seven percent of adult Afghan women have a formal bank account and only 19 percent are employed. The failure to create an inclusive economy is a massive missed opportunity in a country of 17.1 million women.

Part of the problem is cultural. Many Afghans don’t consider it socially acceptable for women and men to interact in the commercial sphere. There is space, however, for service delivery channels that allow women to interact face-to-face. In April 2018, FIF’s subsidiary in Afghanistan opened a women-only branch in Kabul with a staff of all female employees.

The branch provides both consumer and business loans, but business loans make up nearly the entire balance sheet. When we provide business loans to women, not only do we empower a female entrepreneur to make her business more profitable, we also make an investment in her local community. As her business grows, she will be able to create opportunities for others, including other women.

As of the close of 2018, the branch had more than 1,000 clients and over 32 million Afghanis in outstanding loans. Just as important, it has been able to expand outreach without compromising portfolio quality. Between its official launch and the end of the year, the Portfolio-at-Risk (PAR; the percentage of loans in default for 30 days or more), has declined from 2.7 to 0.64 percent, among the lowest of FINCA Afghanistan branches.

The business results are clear: FINCA Afghanistan opened the branch in April and it achieved profitability in December. Turning a profit in less than nine months is a significant achievement. The branch has been able to make a positive impact while demonstrating that investing in women is a smart commercial decision.

Kosovo is another emerging market with a persistent gender imbalance. According to the Findex report, only 44 percent of the country’s adult women have a bank account compared to 61 percent of men. Even more troubling, the labor force participation rate for women is only 18 percent, well below that of other Western Balkan countries.

FINCA Kosovo is dedicated to making a difference. In February 2018, it launched its Loan for Women Entrepreneurs in Business and Agribusiness, a financial product designed to help women build and scale profitable businesses. Targeted toward small- and medium-sized business owners, the loan offers favorable terms to borrowers—e.g., no disbursement fees and a grace period of up to 12 months.

Each recipient receives financial literacy and business training in addition to financial capital. For many women entrepreneurs, that means acquiring crucial skills to expand a business. Financial literacy training is included in every loan package, with the training sessions tailored to the particular needs of clients.

In addition to the social impact, the financial results speak for themselves. Since launching in February 2018, more than 4,000 Women Entrepreneur Loans (77 percent in business and 23 percent in agribusiness) have been distributed worth a total of $5.7 million. The borrowers number more than 2,000 and have paid back their loans at an exceptionally high rate. The PAR for the Women Entrepreneur Loan is only 1.3 percent, demonstrating that recipients are putting the money to productive use and earning enough revenue to repay their loans.

Pakistan remains one of the world’s most unequal countries in terms of financial inclusion. Only seven percent of adult women have a bank account, and since 2014 the gender gap in account ownership has increased from 16 to 28 percent. Whereas financial inclusion for men is surging upward, for women the expansion has been much slower.

Pakistan is the largest market in which FIF operates, home to more than one-third of our total client base and a place where we have both an opportunity and a responsibility to make an impact. Notably, one of our initiatives with the greatest potential to empower women was not specifically envisioned as a women-centric product.

SimSim, a free-to-use e-wallet that allows users to make and receive digital payments and point-of-sale (POS) purchases, launched in 2017 and now has more than 300,000 users, many of whom are women. It is also being used as a corporate payment solution by a number of firms.

One of those corporate partners is Ghar Par, a home professional beauty service business. Employing an all-women staff of beauticians in Islamabad and Lahore, Ghar Par has equipped each of its employees with SimSim accounts, allowing them to receive and transmit payments digitally.

At the end of each day, rather than return to the Ghar Par head office to hand in their earnings in cash—not only was this inconvenient, for many women it created a safety risk—employees can now transfer the funds digitally using a SimSim account.

For women in Pakistan, SimSim provides more than convenience—it offers financial independence. Women users can receive payments and salaries, transfer funds, pay their bills and make payments without depending on male counterparts.

These are just some examples of how fintech and financial services can empower women when employed intentionally. We still have a long way to go to achieve gender balance, but the tools to do so are in our hands.

How Banks Can Offer SMEs the Personalisation they Desire

Many innovations , such as fintech are a great blessings in easing businesses .Narrowing gender gap in access to finance could be an accidental occurance. The problem of Gender inequality( more men have having better access to finance and other opportunities than women) could have greater link to cultural issues.Most societies in Africa and Asian countries have inculcated a mind of dependency and inferiority ( I am a less important being and must depend on a man for my needs) amongst women and most families and even religion encourage this.

This kind of poor cultural upringing has a far reaching implications in our women having access to finance. Additionally,While our male children inherit money, land, assets including getting preferential treatment ;like being the prefered child to go to better school.This kind of cultural norms has left many of our sisters to find it hard to start of even own businesses.

The good new is, over the years this practice is dwindling , with more women now owning property, studing courses that used to be considered musculine.

If greater effort is place on educating women and easing access to finance using innovations like agent banking, reducing lending rates and more financial / business education given to both women and men earlier in their lives then there is a greater hope achieving gender equality in all areas .