Top Posts
How Gamification is Catapulting Digital Banking to the Next Level
Challenges Remain, But There Are Opportunities to Be Had in...
Interview with Mr. Olukayode Pitan, Chief Executive Officer and Managing...
Commodities Outlook for 2023
The Value of Cash in a Time of Crisis: How...
The US-Africa Leaders Summit: Fostering a Closer Relationship with the...
Home Finance Financing Gaps, Stability and Growth
Finance 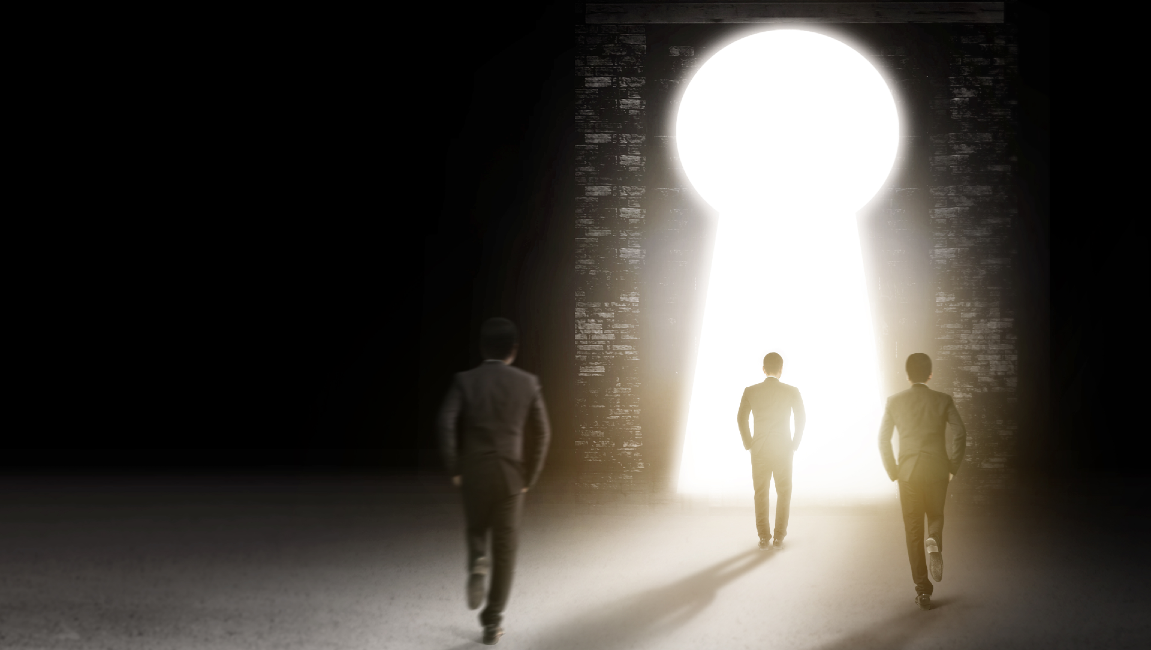 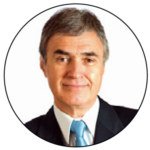 From the global financial crisis to COVID-19, the public perception of the financial sector’s contribution to stability and growth has significantly changed. Up until 2007, risks of financial instability were seen as coming basically from the real economy, inflation and public finance. Conventional monetary policy and fiscal rules sufficed, therefore, for keeping economic overheating and inflation under control. But the financial crisis caught the world by surprise. Who would have thought that such a marginal and unrepresentative financial segment as subprime mortgages, contaminated by well-intentioned political preoccupations, would cause the havoc that it did? We discovered that integrated and technologically advanced financial markets could feed instability and depression.

Financial reforms were then the answer: discouraging excessive risk-taking, redressing public and private finance, tightening the regulatory framework with recapitalizations, orderly resolution and so on. In sum, austerity by strengthening and repairing finance would suffice to restore growth potential and eventually incomes and jobs.

But this is not what happened, particularly in Europe. Emblematic is the case of Prime Minister Mario Monti’s government in Italy. The most reform-oriented government of the last two decades, the Monti Government saved the country from bankruptcy, realized painful reforms (pensions, some labor market, etc.) but soon became unpopular; growth stagnated, and by the end of its term, the debt-to-GDP (gross domestic product) ratio had registered a substantial increase. Obviously, the Italian case has very specific traits, like all the others. But it is remarkable how, despite the diverse, idiosyncratic features of the sluggish post-crisis rebounds across the very different economies of the world, there were strikingly common features and a converging outcome: secular stagnation, deflation fears, old and new social and political fault lines, even the rise of populism, the frustrations of savers and middle classes.

The pandemic crisis once again caught us by surprise. The trigger this time did not come from the financial sector but a virus that originated in Asia. Stability was again affected, but the source of concern was not located in the realm of finance, even though threats were clearly identified in non-bank and cyber finance. Finance was not accused of doing too much, being too innovative, providing too much credit (and debt). Instead, the policy response went in the opposite direction of encouraging the provision of emergency liquidity and credit, with moratoria on and suspension/flexibilization of policy rules. Not only monetary policies but also fiscal policies were moved boldly into unconventional territory. Public and private investments were called upon to remove structural obstacles to growth, support green and digital transitions, address the new—and old—social divides that the crisis had exposed or created.

Today, finance appears once again to be at the epicenter of the crisis, not so much for its inner weaknesses or distortions but inabilities to sufficiently respond to the recovery’s investment requirements. Financing gaps are now pointed to in relation to the major problems we face and the much wider sources of instability to which our economies are exposed.

Funding gaps are seen everywhere. Estimates abound and look scary at first sight. According to the IPCC (Intergovernmental Panel on Climate Change), if we are serious about complying with the net-zero (emissions) transition requirements, around $90 trillion must be provided over the next 15 years. Closing the nature-funding gap to fight biodiversity loss has been estimated to cost more than $950 billion a year. Financing vaccine rollouts in the developing world and the ACT-Accelerator program will require $5 to 15 billion annually, not to speak of catering for pandemic preparedness and response. Similar orders of magnitude are found in estimates concerning the funding of SDGs (United Nations’ Sustainable Development Goals), social protections and post-COVID debt woes in developing countries, or financing SMEs (small and medium-sized enterprises) and infrastructure-investment gaps.

The encouraging sign is that public opinion has general confidence in the financial sector’s ability to deliver and positive appreciation of its essential role in facing up to the daunting challenges of the global risk scenario: from climate change and biodiversity to health security, from aging and demographic pressures to terrorism and peacekeeping, from global trade to the support of vulnerable local communities. Therefore, the financial sector is not seen as the root cause of the crisis and systemic instability but considered an essential component of the solution to the crisis, recovery strategy and development. And the financial community’s business leaders have been open and forthcoming, willing to take on responsibility and respond positively to the widespread call to arms presented to them by policymakers and the public.

The critical question becomes: Under what conditions can finance deliver on such ambitious expectations? Are commitment and goodwill enough to warrant success? The new pro-finance climate of public opinion has focused on three fundamental conditions for success.

First, supportive public policies are needed. Public investment is an essential enabler of private investment, as, for instance, in the case of covering first losses in project financing. The public budget must provide public goods at local European and global levels. Think of the fields of health, education, security, justice, public administration. Governments must also provide the necessary safety nets and finance the social costs of the transitions underway—i.e., the net-zero, nature-positive and digital transitions. Think of investments in public infrastructure (transport, logistics, trade facilitation, etc.) that would remove the bottlenecks in supply chains, trade and foreign direct investment. Think of financial education and financial inclusion. A public-private partnership approach is required at 360 degrees.

Second, regulators must adjust the regulatory framework to promote a financial ecosystem able to channel savings towards investment, particularly long-term investment, and the real economy, and bridge the funding gaps that have emerged. This means transforming the uncertainty in measurable and manageable risk and making the market more transparent. The field and scope of risk analysis and prevention have become much broader, deeper and more pervasive than in the past. Financial instability and systemic risk can originate in geopolitics, environmental degradation, social distress and conflict—not only in credit, interest rate, debt and other more traditional applications of risk-modelling. New data, metrics, accounting frameworks, classifications and benchmarks are needed for reporting, disclosure and portfolio decisions in fields that are still quite opaque to risk analysis (such as green finance). Moreover, a better and more consistent interplay between micro- and macro-prudential approaches is necessary. As Mark Carney said in his last speech as governor of the Bank of England (BoE), macro-prudential policy requires nothing less than a “grand unifying theory (and practice)”.

Finally, in the financial ecosystem, more room will be needed for equity and capital markets. The traditional demarcations between banking insurance and capital financing are being substituted with greater interaction, coordination and partnership. The challenge is to recapitalize the market economy, not only the financial sector, and provide more effective and comprehensive protection systems in which private and public finance are complementary. More equity is needed in the SME sector; in utilities and energy providers; in education, pensions, health, long-term care and property protection (vis-à-vis, for instance, disasters)—and, of course, in pandemics.

Is this new centrality of finance an expression of the inexorable pendulum in public perceptions—or the beginning of a new era of financial development? Will we be able to create the conditions through financial reforms for bridging the financing gaps? Or will we go back to the old diatribes: incomprehension and mistrust between finance, the real economy and civil society? The future will tell us. But it is also up to the financial world and its stakeholders to use wisely the current openings and opportunities. The important thing is to stay tuned into the hard realities of the post-COVID world.

It would be nice to dream of a world without pandemics, without debts (and credits), without climate changes, without systemic risks and financial crises, without conflicts and inequalities.… The new normals ahead of us look, unfortunately, more prosaic and challenging. The world of finance is entering a new adulthood.

ABOUT THE AUTHOR
Paolo Garonna has been the Secretary General of the Italian Banking, Insurance and Finance Federation (FeBAF) since October 2012 and Professor of Political Economy at the LUISS Guido Carli University of Rome. He was previously Director General of the Association of Italian Insurers (ANIA) and Chief Economist of Confindustria, the General Confederation of Italian Industry.
Back To Top
Bank of England (BoE)Climate ActionClimate ChangeCOVID-19FeBAFFinanceInflationInsurance and Finance Federation (FeBAF)Italian BankingItalyLuiss Guido Carli University of RomeMario MontiPaolo GaronnaUnited Nations' Intergovernmental Panel on Climate Change (IPCC)United Nations’ Sustainable Development Goals (SDGs)
0 comment 0 FacebookTwitterPinterestEmail
previous post

Climate Action and the Power of the Private Sector