Top Posts
Challenges Remain, But There Are Opportunities to Be Had in...
Interview with Mr. Olukayode Pitan, Chief Executive Officer and Managing...
Commodities Outlook for 2023
The Value of Cash in a Time of Crisis: How...
The US-Africa Leaders Summit: Fostering a Closer Relationship with the...
Three Key Sectors in Which to Invest in 2023
Home Finance Germany on the Brink of Recession as Russia Prolongs Gas-Supply Cutoff
Finance 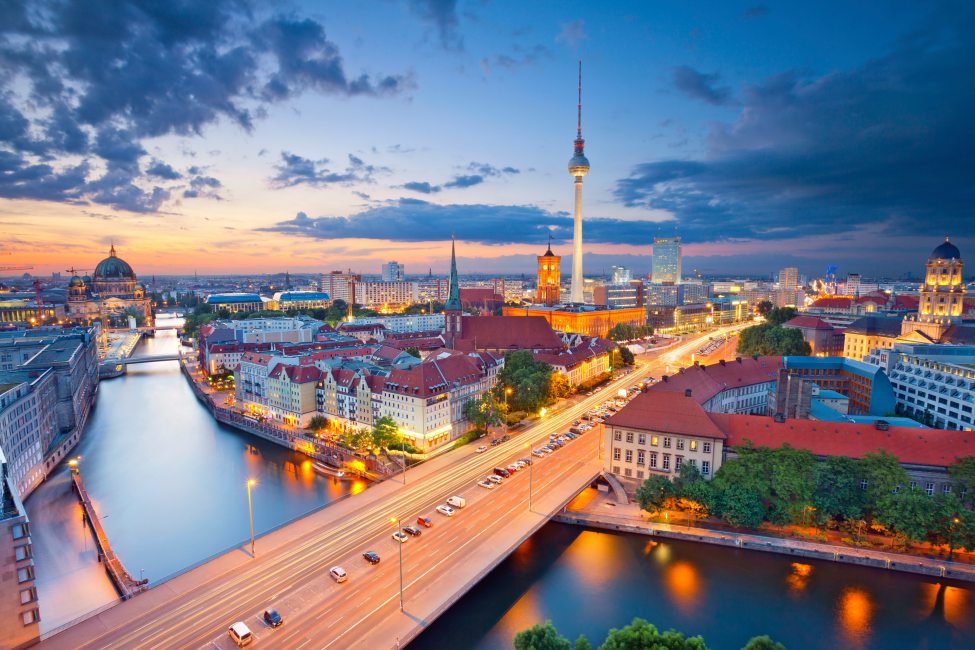 It is not every day that one of the world’s biggest economies urges its citizens to take shorter hot showers—or indeed, more cold showers—to save on fuel stocks. And yet, in late July, several German cities took this precaution as concerns continued to grow over Russia’s potential decision to severely curtail gas supplies to the country, thus sending Germany into a state of significant economic turmoil. As Friedrich Merz, leader of the opposition Christian Democratic Union (CDU) Party—which was in power for 16 years until the new government took over in December, recently put it: “Our country may be heading for the worst economic crisis since the founding of the Federal Republic of Germany.”

According to the federal statistics office, Germany’s economy for the second quarter slowed considerably, as the war in Ukraine, COVID-19 pandemic and supply disruptions weighed heavily on Europe’s biggest economy. Official data showed that gross domestic product (GDP) was unchanged quarter-on-quarter, which undershot a Reuters poll of economists’ forecast of 0.1-percent growth. “The difficult framework conditions in the global economy, including the COVID-19 pandemic, interruptions in supply chains and the war in Ukraine, are clearly reflected in the short-term economic development,” the statistics office stated, also noting that while household consumption and government spending had helped to support the economy, it was the trade balance that stymied growth during the April-June period.

Other recent data shows that the German economy is already in a downturn, with an S&P Global gauge of private-sector activity in July falling to its lowest reading in more than two years and breaching a key threshold that signals contraction rather than expansion. “Having enjoyed a growth boost from the previous easing of virus-related restrictions, a collision of various headwinds in July served to push the German economy into contraction,” said Paul Smith, an economist at S&P Global. “The decline in output was broad-based, with the downturn in manufacturing deepening, and service-sector activity dropping into contraction territory for the first time since December.”

Compared with the first quarter’s revised growth calculation of 0.8 percent, second-quarter performance was clearly underwhelming; conditions look almost certain to wane further as gas supplies from Russia have dwindled. Russia had accounted for more than half of Germany’s natural gas before the outbreak of the war in Ukraine in late February. But given the situation in which Germany finds itself today, many are ruing both the country’s significant dependence on Russian fossil fuels, which represent a critical source of energy for German industries and households, and the imposition of economic sanctions on Russia, which many see as being self-defeating for European economies.

To compound matters, Russian gas company Gazprom announced on July 25 that it would shutter a turbine within its Nord Stream 1 pipeline for maintenance reasons, meaning that gas flows, which had already been operating at a lowly 40 percent of capacity, declined to just 20 percent. The move was met with incredulity from European Union (EU) leaders, with Germany’s economy minister, Robert Habeck, labelling the maintenance a “farce” and others accusing Moscow of using the situation to retaliate against Western sanctions over the war in Ukraine. Russian President Vladimir Putin has pledged to resume flows to Europe shortly, although they would be tightly controlled should several issues regarding sanctions remain unresolved.

As such, Germany has been forced to consider gas rationing to deal with the shortfall and has already taken drastic measures to save on existing fuel stocks. The city of Hanover, for instance, has ceased supplying hot water to its public buildings, swimming pools and leisure centres. It has also decided to turn off its public fountains and its night-lighting facilities for large public buildings, as Hanover’s mayor, Belit Onay, recently confirmed that the city aims to reduce its energy consumption by 15 percent. “This is a reaction to the impending gas shortage, which poses a major challenge for the municipalities—especially for a large city like Hanover,” Onay said.

The major southern city of Munich, meanwhile, recently announced it would switch off the spotlights of its town hall and confine its municipal offices to cold water only. And 200 landmarks in the capital city, Berlin, including the City Hall, the Jewish Museum, opera houses and the Victory Column, will go dark at night. “In the face of the war against Ukraine and Russia’s energy threats, it is vital that we handle our energy as carefully as possible,” Berlin’s senator for the environment, Bettina Jarasch, cautioned.

But as oil and gas prices have surged across Europe, ordinary citizens face skyrocketing energy bills while accelerating inflation dramatically raises the cost of living. According to GdW (Federal Association of German Housing and Real Estate Companies), an association representing 3,000 housing companies in Germany, each household will have to set aside an additional €3,800 ($3,870) for energy for the coming year. The German government also recently confirmed that a previously agreed surcharge on customers utilizing gas could be raised significantly to help energy companies from collapsing. Billions of euros have already been spent to bail out German gas utilities and ensure they have sufficient fuel supplies for the winter. “We can’t say yet how much gas will cost in November, but the bitter news is it’s definitely a few hundred euros per household,” said Habeck.

Most signs are thus pointing to a chaotic winter for German energy sources, which, in turn, may well require all hands on deck. “Authorities in Berlin and Brussels must come up with a new arrangement for the hard new energy reality. This would force all parts of society to play their part, according to their capacity,” Siegfried Russwurm, the head of Germany’s main business lobby BDI (Bundesverband der Deutschen Industrie), recently acknowledged, adding that private consumers must play a crucial role in saving energy alongside companies, municipalities and regions. Ira Joseph, an energy consultant with decades of experience in the industry, explained to the Financial Times in late July that prices have risen so high that exactly how the government will respond remained up in the air. “It’s safe to say few options will be taken off the table at this point.”

Is an imminent recession inevitable for Germany, then? According to Deutsche Bank economists, it is almost guaranteed that a combination of declining natural-gas supplies, a downturn in the United States, further months of elevated inflation and other headwinds will result in a contraction of the German economy during the second half of the year. “It seems reasonable to assume that Russia will continue to look for ways to disrupt economic activity in Europe in retaliation for Western sanctions and financial and military support for Ukraine,” Deutsche Bank economists noted in mid-July, projecting a 1-percent contraction in 2023. “This might not necessarily mean a complete shutoff,” but “the impact on industrial output and economic uncertainty will almost certainly push the German economy into recession in the second half of 2022.”

Indeed, much ultimately depends on just how much gas Germany can procure through pipelines from Russia. Should the taps remain turned off for an extended period, Europe’s biggest economy could well be resigned to a deep and prolonged recession—as well as a cold winter. According to Germany’s second-biggest lender, Commerzbank, a complete termination of gas exports would see German economic activity shrink by 2.7 percent this year and 1.1 percent in 2023. “In the end, how the economy actually developed depends on (Russian President Vladimir) Putin’s gas deliveries,” said Commerzbank’s Joerg Kraemer.

The International Monetary Fund (IMF), meanwhile, has predicted that Germany would lose up to 4.8 percent of its economic output should Russia completely halt its gas exports. “The shutoff of Russian gas would have sizable effects on German economic activity,” IMF researchers Ting Lan, Galen Sher and Jing Zhou explained. “These economic losses would be permanent in the sense that they are not ‘caught up’ by deferring production, consumption, or investment to subsequent years.”

Others are even more pessimistic. Prognos, a research firm commissioned by the vbw (Vereinigung der Bayerischen Wirtschaft) industry association of the state of Bavaria, stated in late June that if Russia fully ceased to supply natural gas, Germany would experience a massive 12.7-percent shortfall in economic performance during the second half of the year. The research found that the total estimated loss in value creation, including knock-on effects such as the impact on delivery chains, could reach a whopping €193 billion for the six months. “The abrupt end of Russian gas imports would also have a significant impact on the workforce in Germany. Arithmetically, around 5.6 million jobs would be affected by the consequences,” vbw Managing Director Bertram Brossardt added.

A gloomy picture is thus being painted for the German economy for the latter six months of the year. Could this increasingly desperate situation be the catalyst needed for more successful diplomacy being initiated between Europe and Russia? Should Germany’s economy deteriorate precipitously, there will almost certainly be growing calls for parties to expedite negotiations. But until then, Germany will have to endure what appears increasingly like a major economic contraction against a backdrop of distinct uncertainty.