Getting Trade Finance To Where It Is Most Needed 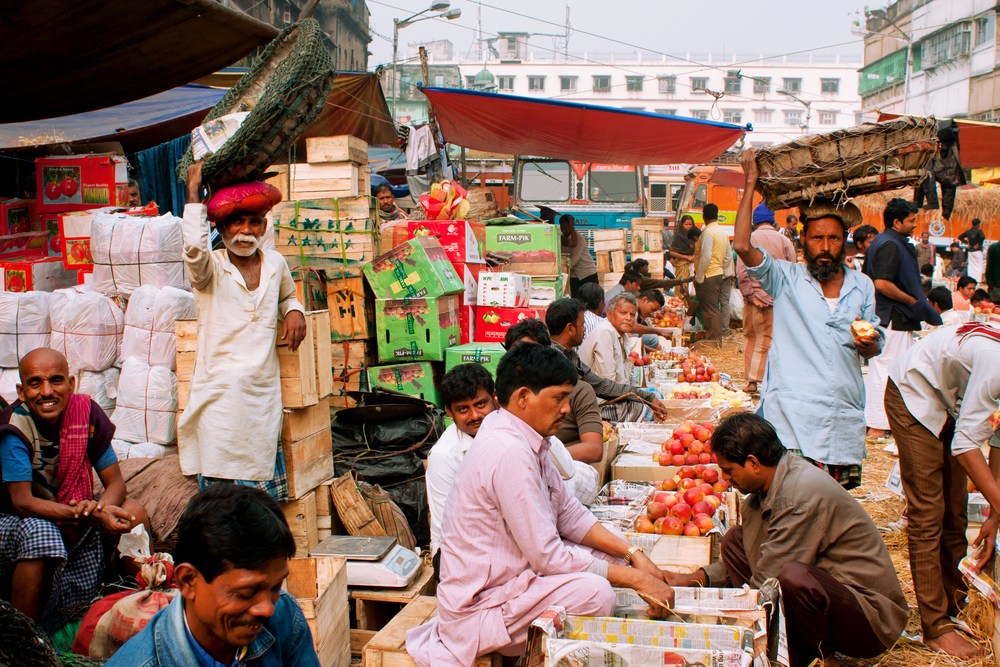 Trade  is critical; it leads to economic growth and the jobs that lift people out of poverty. But without sufficient trade finance in the form of loans and guarantees to support imports and exports, trade becomes difficult and, ultimately, poverty reduction slows.

An Asian Development Bank (ADB) study in 2013 showed that banks around the world rejected $1.6 trillion in trade finance transactions in 2012, of which $425 billion was in developing Asia.  Moreover, companies said that if they were able to get hold of 5% more trade finance, they could increase production by 2% and would hire 2% more workers to support that.

Trade finance is hard for companies in emerging markets to access because of four key reasons; low or non-existent country risk ratings, weak banking systems, lack of credit information, and regulatory requirements such as anti-money laundering and know-your-client compliance requirements.

On top of that, a scarcity of capital among many banks  results in financial institutions focusing on core clients in core markets at the expense of small and medium-sized enterprises and developing countries, both of which are underserved and represent market segments and regions with proportionally high market gaps for trade finance.

ADB’s Trade Finance Program (TFP) aims to address that by providing guarantees and loans through banks for cross-border trade finance.  Since 2009, the TFP has supported 8,400 transactions valued at more than $17 billion and provided trade finance for over 4,700 small and medium-sized enterprises which are a crucial source of growth and jobs and represent the most underserved market segment.

Today, over 90% of the portfolio focuses on the poorest countries in Asia where market gaps are proportionally largest.  The TFP operates in 17[1] markets with Myanmar soon to be the 18th  but the six largest markets for the program have been Pakistan, Bangladesh, Viet Nam, Sri Lanka, Nepal, and Uzbekistan given its strategy to focus on the most challenging markets.  There have been many requests from the private sector for the TFP to assume Chinese, Indian, and Thai risk, but finite resources suggest it is better to focus on the markets where gaps are proportionally largest.

A key way that ADB has leveraged the TFP’s finite financial resources is through co-financing.  Between 2009 and 2013, the TFP attracted over $10 billion in co-financing through risk distribution agreements with Swiss Re Corporate Solution, EFIC (Australia’s export credit agency), FMO (a Dutch development entity), OFID (OPEC Fund for International Development).  The way it works is this: where the TFP has an internal limit of $10 million and the co-financier provides 50% insurance, the TFP is able to support $15 million in trade rather than just $10 million.

In addition to leveraging ADB resources, co-financing delivers arguably an even more global result by drawing the private sector into challenging markets, often for the first time.  Rigorous due diligence and monitoring of risk along with the TFP’s perfect record of zero defaults and losses provides essential reassurance which can have longer term benefits.

As the private sector develops a positive credit history in challenging markets and given its interest in retaining as much revenue as possible, we have found commercial banks have been willing to subsequently enter markets without ADB guarantees which is the perfect scenario.

Building Knowledge As Well As Finance

By doing an increasing amount of trade finance in these hard-to-reach countries, we have gathered a huge amount of information about risks and opportunities which we work hard to disseminate so that the industry can assess and assume risk in challenging markets.

We know that in some cases, such information has helped and encouraged commercial banks to establish country and credit limits for the first time in countries like Mongolia and Bangladesh. We also convey our risk assessment results with partner banks in countries of operation in order to help the banks improve their financial standing and operations.

Perhaps more importantly, the trade data feed into the International Chamber of Commerce Trade Finance Register which ADB established in 2009 and housed at the ICC. The goal was to provide crucial data to support the argument that trade finance carries a relatively low probability of loss in an effort to convince regulators to make capital cheaper for trade finance transactions. The register now has a substantial data set of over 5 million trade finance transactions from 2004 to 2013, spanning the global financial crisis, and found trade finance has a low 0.02%-0.05% probability of default.

This led to the Basel Committee’s decision to reduce capital requirements on banks conducting trade finance, freeing of billions of dollars of trade financing that might otherwise have been put to use in a less capital heavy or higher margin manner.

Opportunities for growth and job creation through more South-South trade are enormous, but to realize its full potential there need to be more points of contact and more relationships among banks to underpin more trade. With the exception of a few global banks with a presence in most corners of the world, there are no banking relationships between Latin America and Asia outside of Japan, the People’s Republic of China, India, the Republic of Korea, and Singapore. This means that there are no direct relationships between banks anywhere in Latin America and Bangladesh, Indonesia, Pakistan, the Philippines, Sri Lanka, or Viet Nam to support trade. The links between African and Asian banks are even sparser.

In an effort to resolve this impediment to realizing more South–South trade, ADB has been working with the Inter-American Development Bank to include member banks in each others’ trade finance programs.  We expect that over time this will lead to direct relationships between banks on both continents.  If even more resources could be dedicated to this effort, more of the South-South trade finance gap could be closed. For its part, the African Development Bank has implemented a trade finance program closely modeled after ADB’s Trade Finance Program.

All this has led to a number of small, but encouraging cross-continental deals. To date, the TFP has supported 16 small Africa-Asia transactions for a total value of $10 million involving countries such as Angola, Ethiopia, Ivory Coast, Niger, Seychelles, Tanzania, Tunisia, Viet Nam and Bangladesh. In Latin America-Asia trade, the TFP has supported 8 small transactions valued at $6 million involving Argentina, Belize, Brazil, Chile, Uruguay, Bangladesh, Mongolia, Pakistan and Viet Nam among others.

But we cannot stop there. In closely assessing the trade finance markets, we noticed there are gaps in supporting SMEs in supply chains which led to the recent establishment of a Supply Chain Finance Program which we expect will make its first disbursements in 2014.

This program will assume corporate risk rather than bank risk; support SMEs that have poor access to bank finance; and support domestic as well as cross-border supply chains.

This move is rooted in ADB’s potential to address the two greatest impediments to SMEs accessing finance: poor financials and lack of collateral. Unlike traditional risk assessments that focus almost exclusively on these financials and collateral, supply chain finance focuses on the strength and longevity of a supply chain as well as the mutual dependence between the buyer and the supplier.

As developing Asian economies continue to expand and their growing middle classes demand more products from abroad, trade is only going to grow. We need to be sure that the region’s most ignored economies and its most vulnerable smaller companies have the trade financing they need to make that cross border and domestic trade possible. 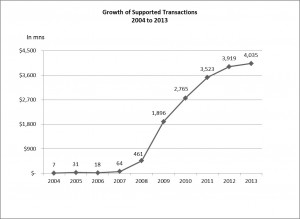 The Challenges US Banks Face in a Tight Regulatory Environment